In my article for International Victory Goal way back in issue #3, I mentioned that it was a first game in an ongoing series of titles. SEGA would eventually evolve its Victory Goal series into the Worldwide Soccer series, which saw a number of releases all the way up to the Dreamcast when the series was eventually killed off for good. I have done a full review for Worldwide Soccer 97’ on my blog which you can find here

In fact, it was that very review which I submitted to Stephen Jackson to get my role here on Gaming Respawn to begin with! I mention that review mainly because it’s somewhat relevant in my thoughts to SWS97’s sequel, which I’ll be covering today. Basically, three main points came to the fore when I reviewed that game which were;

1 – Passing wasn’t wholly accurate and the ball would just stop moving after a certain distance regardless of the power of your pass, meaning you’d be running to receive a through ball only to see the ball freeze on the spot while your player continued galloping onward.

2 – Whenever you pressed shoot the player would kick the ball straight at the keeper and you couldn’t really angle or steer your shots.

So, are any of these points addressed in SWS 98? In order it would be No, Yes and Yes.

No place for boss tekkers lar

The passing issue is, alas, still there and probably the worst thing about the game in all honesty. Crosses are still reasonably accurate and with you now being able to direct your headers somewhat, pumping a cross into the box becomes a much more viable tactic to achieve victory. If you want to indulge in a high possession passing game though, I fear you’re going to be disappointed. Not only does the ball just stop moving after a certain point, like the pitch is coated in a layer of tree sap, but it’s very hard to actually direct where you want the ball to go. More often than not, the player you’re controlling will just pass to the geographically closest player. I remember at one point seeing a team mate open on the left wing, so I turned to face him and pressed pass, hoping the ball would go in his general direction. Instead, the player back heeled it to an obscure team mate who was out of shot but happened to be a little bit closer than the player I actually wanted to pass to!

What this does is limit your tactical options and deprives the game of some much needed variety. SWS 98 is hardly a bad game to play, but it’s one that holds very few surprises after a few hours gaming. There is no impetus for you to mix things up tactically when you play as the game isn’t flexible enough to cater for you if you did. Before every match, you’re given the option of choosing how your team will play. You can choose to play offensively, defensively, on the counter or even by pushing up a particular side of the pitch. However, regardless of which “tactic” you pick, the difference from playing “normally” is slim to none. Ultimately it’s a shame and it does hurt the games longevity. On the other hand, the game is still playable and it’s not as if you’ll be paying full price for it these days either. I think I found my copy for something like £4 on Amazon, which is hardly breaking the bank. Ah I see, I’m supposed to put the ball AROUND THE OTHER SIDE of the goalkeeper?

At least the shooting has now improved hugely over SWS 97. You can have some control over where a shot is heading and it makes the game far less frustrating than its predecessor. You can’t fully control your shot, but you can control it enough that you can give yourself a genuine chance of slotting one past the goalkeeper. On SWS 97, literally every shot you took went flying straight at the keeper like it was a homing missile. It reminded me of that penalty shootout video on YouTube actually, where a poor embattled goalkeeper keeps taking penalty after penalty to the face. I would think the goalkeepers on SWS 97 would leave the pitch nursing a few virtual bruises after some of the matches I had.

Strangely enough, the goalkeepers have actually gotten much worse in SWS 98 and suffer from some terrible A.I. especially when you play on an easier difficulty. I recall one game where I was playing as Scotland against Germany. I played a cross in to my striker and the goalkeeper leapt to meet it. Rather than do something useful, like say catching the accursed ball, the keeper instead slapped it timidly down to the waiting feet of my grateful striker, who promptly buried it in the net. This wasn’t something that just Germany’s keeper was prone to either. Seemingly every goalkeeper in this game has been trained at the Massimo Taibi Goalkeeping School and graduated with dishonour. Even Neville Southall was fumbling like a drunken priest at a christening, and if you have one of the best goalkeepers in history programmed to be a dithering mess you know something’s up with your video game.

It’s like The Premiership Years in here, just stick on The Vengaboys and you’re laughing

Seeing as I mentioned Big Nev, we might as well segue neatly to the fact that this game actually has licensed teams in it. The game has club sides from England, France, Spain and Germany. The teams are the ones from the 97/98 season, so Everton line up with Duncan Ferguson partnering Judas Barmby up front while Gary Speed plays in behind. It shocks me how that side struggled so awfully that season, needing a draw on the last day with Coventry to avoid relegation. All the club sides are present with their real team names and kit colour schemes. The strange thing is that while SEGA plumped up the cash for the club sides, they didn’t feel the need to license the international players. Having the club sides is a nice touch however and it does mean you can play a full club league season, alongside the international tournaments also on offer. Every major international side from the timeframe is present and the player names are fully editable if you feel like renaming them.

Gary Bloom reprises his role as a commentator, but it’s not as good this time as it was in SWS 97. The audio is crackly and Bloom sounds a lot more forced than he did on the previous game. This could just be me overrating Bloom’s original performance, but I remember being very impressed with the commentary on SWS 97 seeing as it was made in 1996 and commentary on soccer games back in those days were notoriously bad. Anyone who had to suffer through Trevor Brooking on Actua Soccer 2 will know what I mean. I just wasn’t feeling the commentary in SWS 98, which could be down to a questionable choice of co-commentator as much as anything else. Deciding that Bloom on his own just wasn’t good enough, SEGA Sports decided to bring in the former Republic of Ireland manager and World Cup winning player Jack Charlton to provide “expert analysis”. This pretty much amounts to a bemused Charlton delivering lines in a manner so wooden you could be mistaken for thinking they could be used to build the first little pigs house. Charlton does all this while sounding half awake, like he’d had a heavy lunch and the developers had to arouse him from an afternoon slumber with the promise of a brandy if he mentioned how the last meeting between Ghana and Switzerland was a “very physical contest”. The King Stay The King

And this brings me back to my overarching theme when it comes to SWS 98 and the entire Worldwide Soccer series in general. Every single one of these games that I have played have been relatively playable, especially in comparison to some of the dross that were being pumped out in the soccer game field during the late 90’s. However, none of them would get more than 6 out of 10 from me and when compared to some of the genuinely classic soccer gems you could find on the PlayStation such as FIFA 99 and ISS Pro 98, their shortcomings become very obvious. That being said, each one is an above average game, and if you can find them on the cheap they’ll present a mildly interesting diversion but that’s all. They won’t provide the hours of replay ability that a game like ISS Pro 98 does, and that’s a shame because I think they could have done with a little bit more love and attention.

Looking for something else to read on the site? Why wouldn’t you, there’s some cracking stuff around these parts! 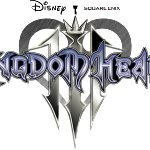 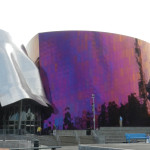