Sometimes I look back to the days of my youth and wonder how the chuffing fudge I managed it to complete some of the video games I completed back then. Was it my more nimble reflexes that enabled me to conquer them? Am I now too old and crusty to keep up with the pace? Was the fact that I was free to spend almost endless hours over holidays and weekends playing certain levels over and over that I was eventually able to literally force myself over the finish line? Has the shortening of my free time and widening of other interests combined to make me so woeful at the games of yore that they now pummel me into whimpering submission? Or were games just harder “back in the day” than they are now? What if games themselves have actually gotten easier to complete and I’ve just stayed exactly where I am, getting neither better nor worse? It was these questions that I pondered, amongst muffled screams of frustration, after roughly my 30th death during my play through of Rayman.

I never actually had Rayman on my PlayStation, but I had played it previously at a friend’s house. I recalled it being a bright and colourful plat former which rewarded your character with better abilities and powers as you advanced through the game. This memory was indeed correct, but what my memory banks had failed to remind me was how ludicrously difficult the game became as you advanced onward. 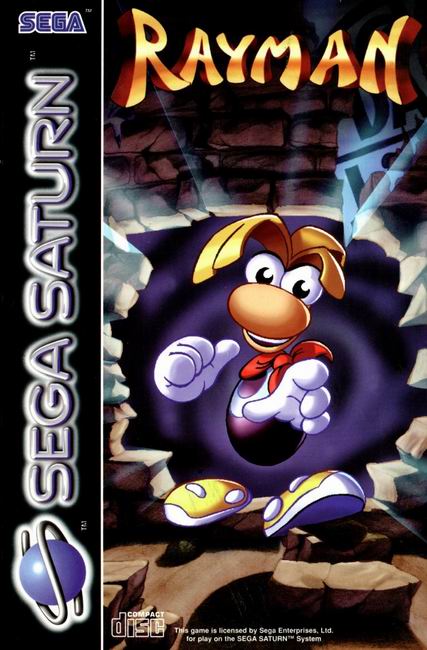 Excuse me sir, can I please have my bollocks back?

I know it’s not seen as de rigueur for one to admit that perhaps they aren’t particularly good at a certain game in this line of work, but I’m hardly an elite gamer and make no bones about it. I can usually finish your typical AAA game but when it comes to slightly more difficult ones I have a very real chance of wilting under the pressure at any moment. Ultimately I just find overly difficult games stressful to play. It’s not like I don’t want to be challenged, but as Lisa Simpson once so eloquently put it, I want a challenge that I can do!

I ostensibly picked up a copy of Rayman because I wanted to see how it compared to the PlayStation version. I’d got it into my head that the PlayStation version was the original and the Saturn version would have been a port. In fact, I had that completely wrong and didn’t realise my error until watching Adam Koralik’s video about the ATARI Jaguar. Rayman was actually intended to be a Jaguar exclusive as ATARI had visions of Rayman becoming their mascot in the same way that Mario and Sonic were for Nintendo and SEGA respectively. Of course, the Jaguar ended up being a gigantic flop but Rayman was such a good game that it ended up seeing ports to the PlayStation, Saturn and PC.

And make no mistake about it, Rayman is an excellent game. It’s visually delicious in every single way, the music is delightful and Rayman himself is both charming as he is endearing. There is no way I could sit here and tell you that this game doesn’t deserve all the praise and goodwill it has been given over the years. It’s an absolute classic and one of the best plat formers of all time. When the history books are written, this game will deservedly hold a place at the top table of games from the mid 90’s.

I’m just absolutely awful when it comes to playing it. I cannot adequately put into words how bad I was at playing this game. If it wasn’t for the fact you literally cannot die on the first level I probably would have died even on that. Falling into water is an immediate death and the first world on the map is set primarily in a swamp with narrow platforms and enemies out the wazoo.  What increases the difficulty is that when you first start playing, Rayman has merely the ability to jump and pull a funny face. As you advance through the game, you pick up other abilities such as punching and being able to cling onto ledges, but these aren’t miracle answers to the fiendish level design.

There was a particular section of one level in the swamp world where I think I died at the same point roughly 10 times. It was a precarious passage where you had to first navigate a number of unyielding platforms before turning a giant purple berry into a makeshift raft and dodging a number of spiky barriers that would knock you into the unforgiving water with one hit. After finally traversing that horrid section, I jumped onto another platform only to be knocked off said platform right into the water by a patrolling enemy. I think my language was more colourful than even the games delightful graphics at that point!

The thing about Rayman is that even though it’s incredibly difficult, I didn’t think it was being cheap. It was simply demanding more from me as a gamer than I was capable of providing and it was punishing me for it. Could I have done better in my younger days? I couldn’t really say, but in the year 2015 this game completely wiped the floor with me. It did it in a cutesy and colourful way of course, but the fact remains that it chewed me up and spat me out like a piece of used Wrigley’s Spearmint.

As far as comparing the Saturn to the other versions of the game, I think it compares relatively well. The PlayStation version is brighter and the colours are ever so slightly richer, but the Saturn version still holds up well under scrutiny. It’s not like Destruction Derby where I’d actively encourage you to buy the PlayStation version over the Saturn one. Playing the Saturn port of Rayman will give you just as enjoyable an experience as you would receive from playing the other versions of the game. If you have a Saturn and are looking for games for it, I would strongly recommend picking it up.

As always, I’ll post some comparison videos below so you can take a look

Looking for other stuff to read on the site? Why wouldn’t you? There’s some hot sauce in these here forests!

Kane takes a look at his top 10 games here! 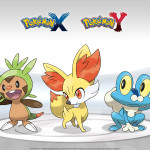 Should Game Freak Hire Some External Designers For Pokemon 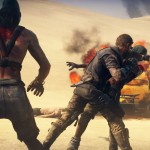