Titanfall developer Respawn Entertainment have announced that they are currently working on a third-person action adventure game which will be set in the Star Wars universe. The studio is currently developing a sequel to 2014’s FPS Titanfall which will be releasing on PS4, Xbox One, and PC.

Although the game is currently untitled, Respawn’s Game Director Stig Asmussen announced their next project via the developers blog where he revealed that Respawn are teaming up with EA and Lucas Films to deliver a “whole new adventure to the galaxy.­­”

Asmussen also added that the studio were very excited about being able to develop a Star Wars game, noting that the “entire company erupted in cheers when it was announced that this would be our next endeavor.”

No details were revealed about what we can expect from the Star Wars game other than that it would be a third-person action adventure game, but we can expect more details about the game over the coming months. There is currently no release window or scheduled platforms, but it seems likely the game will be heading to PC and current-gen consoles, including possibly the Nintendo NX which releases next year.

“But it’s not all fun and games – we promise to pay respect to the Star Wars legacy at all times, a fact that will be constantly reinforced and honoured as a central game design tenet,” Asmussen said.

“Fans should expect the exemplary level of quality first established at Respawn with Titanfall, a game that epitomises our studio’s dedication to slick, larger-than-life action and fun, groundbreaking mechanics.”

He continued, “Now, I understand on the surface this might sound a bit dry, but developing a game within the ever-expanding Star Wars universe opens up so many paths for us to go down, and an unparalleled playground to design within.  We have already planted the seeds by assembling a small, but incredibly talented team, ready for the amazing journey that lies ahead.  With this in mind we are looking to expand the dream.”

Publisher EA already has a large list of games which use the Star Wars license currently available, including DICE’s Star Wars: Battlefront and MMO Star Wars: The Old Republic. Respawn Entertainment have worked with EA previously on Titanfall, so I guess it seemed like a natural fit that the Titanfall developer would be offered the chance to work on a Star Wars game given their track record and the talented team of developers they have managed to assemble. 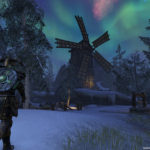