Back in 2006, Destroy All Humans! 2 expanded its scope from the original game’s sole USA setting and initiated an international invasion across the UK, Japan and even the USSR. The Reprobed remake brings colour, charm and the return of the little green man himself, Cryptosporidium-138, for audiences both modern and nostalgic. Black Forest Games massively improved upon every aspect of the original game, including character models, weapon art and level design, allowing players to experience a true passion project released in 2022.

Set in the back-end of the 1960s, Crypto and Pox have been on Earth for the last ten years since taking over Capitol City. Once the KGB detect the location of the Mothership, they destroy it with a missile, killing Pox and angering Crypto. Vowing for vengeance, Crypto travels the globe to take down the KGB with the help of a virtual Pox and a mysterious rogue KGB agent named Natalya. Destroy All Humans! 2- Reprobed introduces new weapons and characters, an overhauled gameplay system and built from the ground-up world design. It’s an honestly outstanding remake that captures the essence of the 2006 version, but I feel that most aspects of the game are ironically cloned from the previous remake by Black Forest Games, Destroy All Humans! Nevertheless, I never found myself bored with the game, and I can only really complain about very minor gripes, like the occasional cutscene pop-in.

The game gives many of its character models a highly detailed appearance compared to the original. For instance, certain male hippies in the Bay City area wore glasses and hats that closely resembled burgers in the original game, whereas the remake heavily stylises its models with dreadlocks, dreamcatcher necklaces and funky shades. Many main characters and enemies, especially the gargantuan Godzilla-like Kojira, have been vastly updated in the visuals department and make for some serious eye candy. Black Forest Games has been adamant about keeping Destroy All Humans! 2- Reprobed as a next-gen title and wanted to show its audience the full power of the PS5 and Xbox Series X/S consoles. However, nothing I encountered in the game portrayed any reason as to why the game should be kept away from Xbox One and PS4. Besides the obvious quality-of-life improvements and visual enhancements, I believe Black Forest could have easily distributed the game to previous generations as nothing I played really gave me the feeling of a true next-gen experience.

Destroy All Humans! 2- Reprobed introduces some new mechanics to the game, including the Gene Blender, tasking the player into using their flying saucer to suck up as many Earthlings as possible in order to mix their DNA and enhance Crypto’s abilities. For instance, Crypto can track a recipe for his body-snatching ability, requiring him to slurp up enough humans to create a cocktail of Furon goodness and allow him to move much faster inside a human disguise. Soon enough, Crypto can go from rubbing a crystal ball to having Professor X on speed dial, saving the player from a world of pain in later stages of the game, particularly against much more tanky endgame foes.

Crypto also has a wide variety of alien weapons used for destroying, dunking and dissolving humans into all sorts of diabolical messes. Remember the Carmageddon mods for Grand Theft Auto? Crypto’s stylish, new Dislocator does a similar job and hurls vehicles around the map at a deadly rate, squashing fleshy humans into curbs, against buildings and through destructible objects in the environment. This weapon is fantastic against single enemies as well, but whilst humans are quite small in stature, there might not be much of a chain reaction compared to a double-decker Albion bus flying around the streets. Building upon the game’s groovy 1960s setting, Destroy All Humans! 2 – Reprobed also introduces the new Free Love weapon, a pacifistic tool used to encourage pedestrians to trance-dance and ignore any wrongdoings Crypto is up to. Made a mistake body-snatching that hippie? Blast any witnesses with some soft rock ‘n’ roll and turn them into a flash mob of good times and hot moves, averting their eyes from the alien that was just absorbed through their victim’s gullet.

Round ‘Em All Up

A Furon’s goal to destroy all humans cannot be accomplished in an empty world. Therefore, Black Forest Games has littered each stage with an abundance of humans to eradicate. Destroy All Humans! 2 – Reprobed is so extremely populated with NPCs that it makes Cyberpunk 2077 on launch quite jealous. Each stage is sprawling with different factions like soldiers, police, secret agents and the average citizen just waiting to be probed. Nothing besides Crypto’s cold, dead heart feels empty, and everywhere the player travels, there’s always a victim to vaporize.

Alas, Destroy All Humans! 2 – Reprobed has some minor setbacks. For instance, I always thought that playing on a next-gen console would fix some of the framerate issues in today’s video games, especially those actually optimised for said console. Nevertheless, I found myself experiencing less than 30fps in some areas of the game, especially during the Albion missions where simply walking from point A to point B seemed too difficult for the game to handle. The smoothest performance I found was during the opening missions in Bay City, but as the game progressed and more mechanics were introduced, it began to feel more choppy and staggered. My nostalgia from the original 2006 title wasn’t severely affected, however, and I still enjoyed my time with one of my favourite anti-heroes in video game media.

To cap things off, Destroy All Humans! 2 – Reprobed is a faithful reimagining of a beloved 2006 title that fans of old would be glad to see revived. Many of its jokes and sense of humour may not be taken well by modern audiences, but Black Forest Games decided that censoring the experience might cause more harm than what it’s worth. It’s a beautifully designed rampage-a-thon worth picking up and is some of the most fun I’ve had in a video game this year. 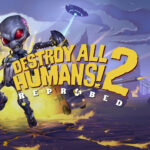 Gaming Respawn’s copy of Destroy All Humans! 2- Reprobed was provided by the publisher. 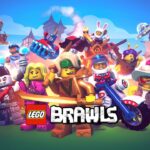 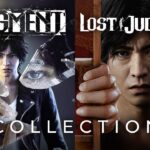