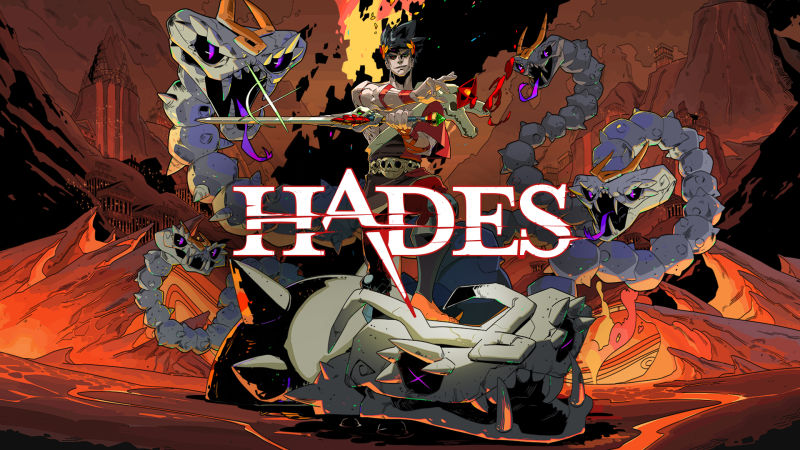 Hades is a game that has been one of my real introductions to rogue-likes after trying countless different games and dropping them a week later. I never thought I would get into rogue-likes, but the satisfying combat, beautiful art design and interesting story had me hooked. 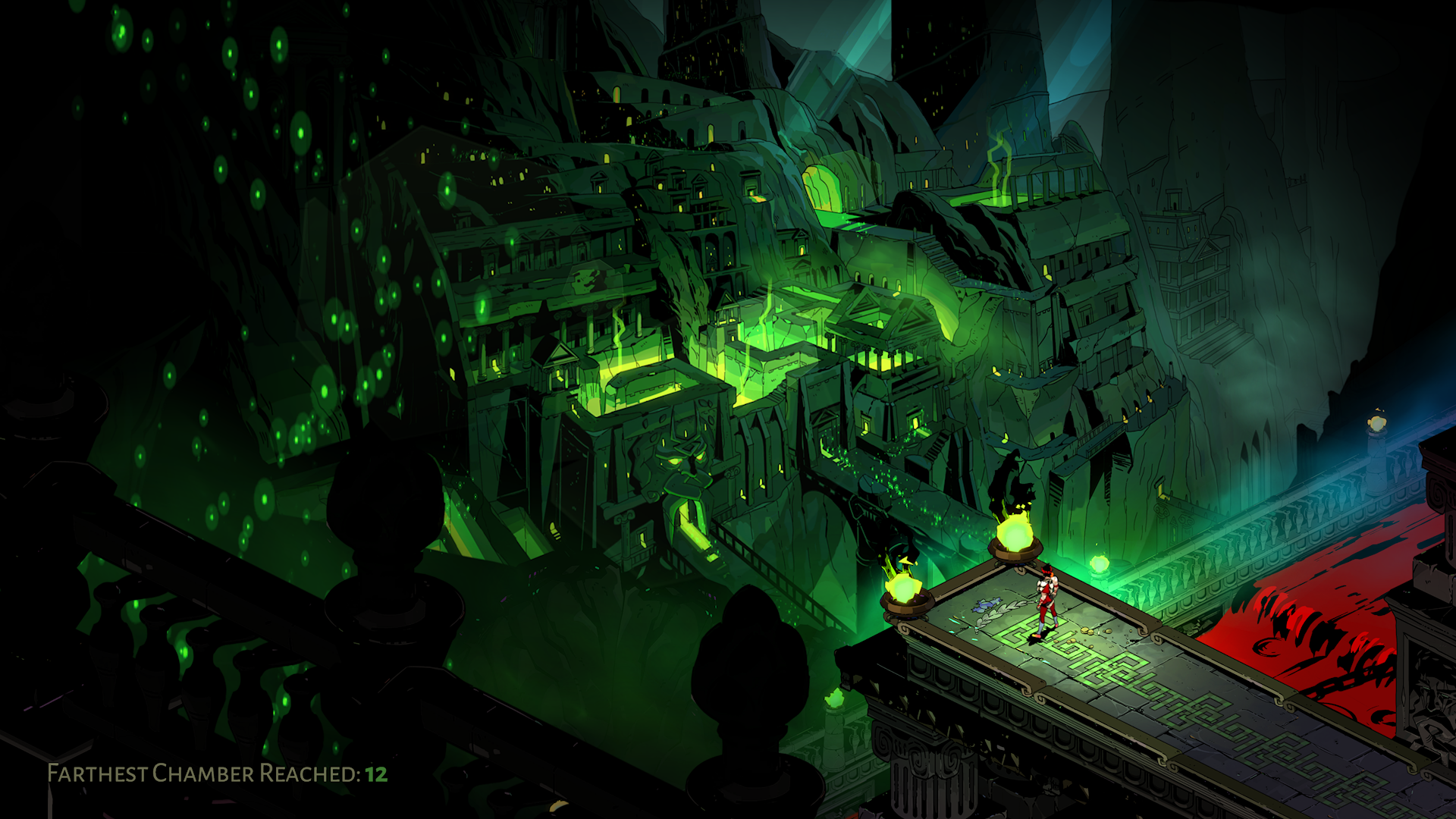 Hades drops you right into the action as Zagreus, the son of Hades, armed with a sword used to slaughter all who stand in his way whilst he attempts to escape the Underworld. The rogue-like concept of Hades is explained in the story through messages left for Zagreus portrayed as shimmering yellow lights, informing the player that the Underworld changes the environment every time Zagreus fails in order to prevent him from mapping out a path to the surface. His journey is aided by the Gods of Olympus, supplying Zagreus with Boons, upgrades to give Zagreus an advantage over his enemies for each run. Godly figures such as Zeus, Ares, Aphrodite and more are presented to the player through messages found throughout each run, with three Boons provided to select from each God or Goddess. The design of these Gods and Goddesses are eye-watering, possibly some of the best character designs I’ve seen in a video game. Speaking of looks, the level design is phenomenal, filled with radiant and vibrant colours. As frustrating as constant deaths can be, and there is a LOT in Hades, one positive is always coming back and seeing the beautiful level design I just tried to run through 15 times over. 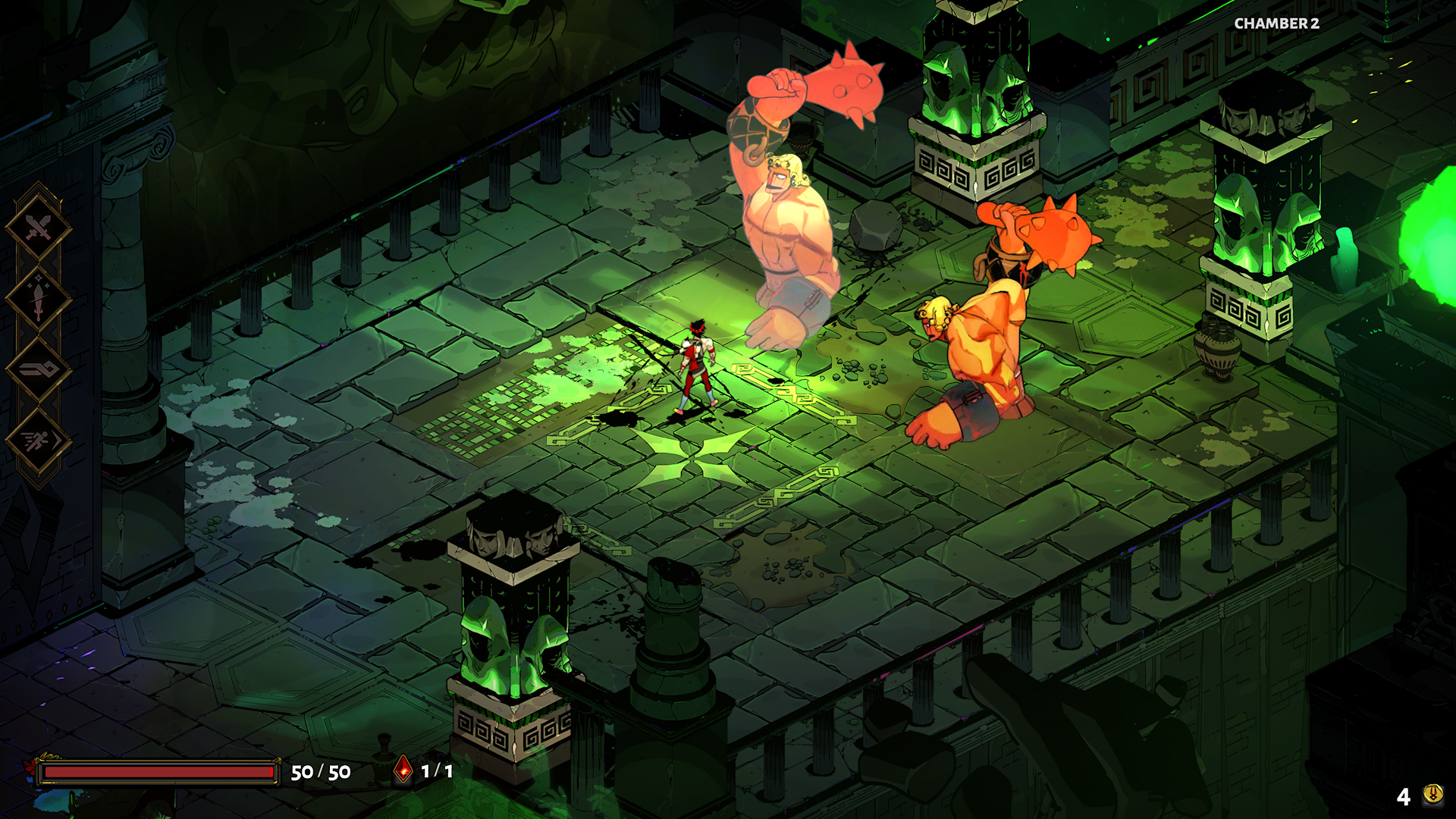 Hades‘ combat system is simple: light attack, heavy attack, dash-strike and a Cast, used as a spell-like projectile. Gods or Goddesses offer Boons that can change the appearance, impact and damage of the default Cast. For example, Zeus offers a Boon that allows Zagreus to shoot lightning that chains to nearby enemies, whilst Poseidon gifts a Cast that shoots a burst of water that damages enemies and knocks them away. Some Casts have an AOE, making them especially effective when fighting in a room with numerous enemies at once. Players can also collect keys that, after a few runs of collecting, can unlock new weapons to practice on Skelly, the talking skeleton who lets you give him one hell of a beating before a new escape attempt. These weapons offer different combat styles, with my personal favourite being the spear as it allows Zagreus to hit enemies at range without the risk of being too close. Too many hits, however, and Zagreus will fall, transporting the player all the way back to the House of Hades, an environment you will most definitely need to get used to seeing. 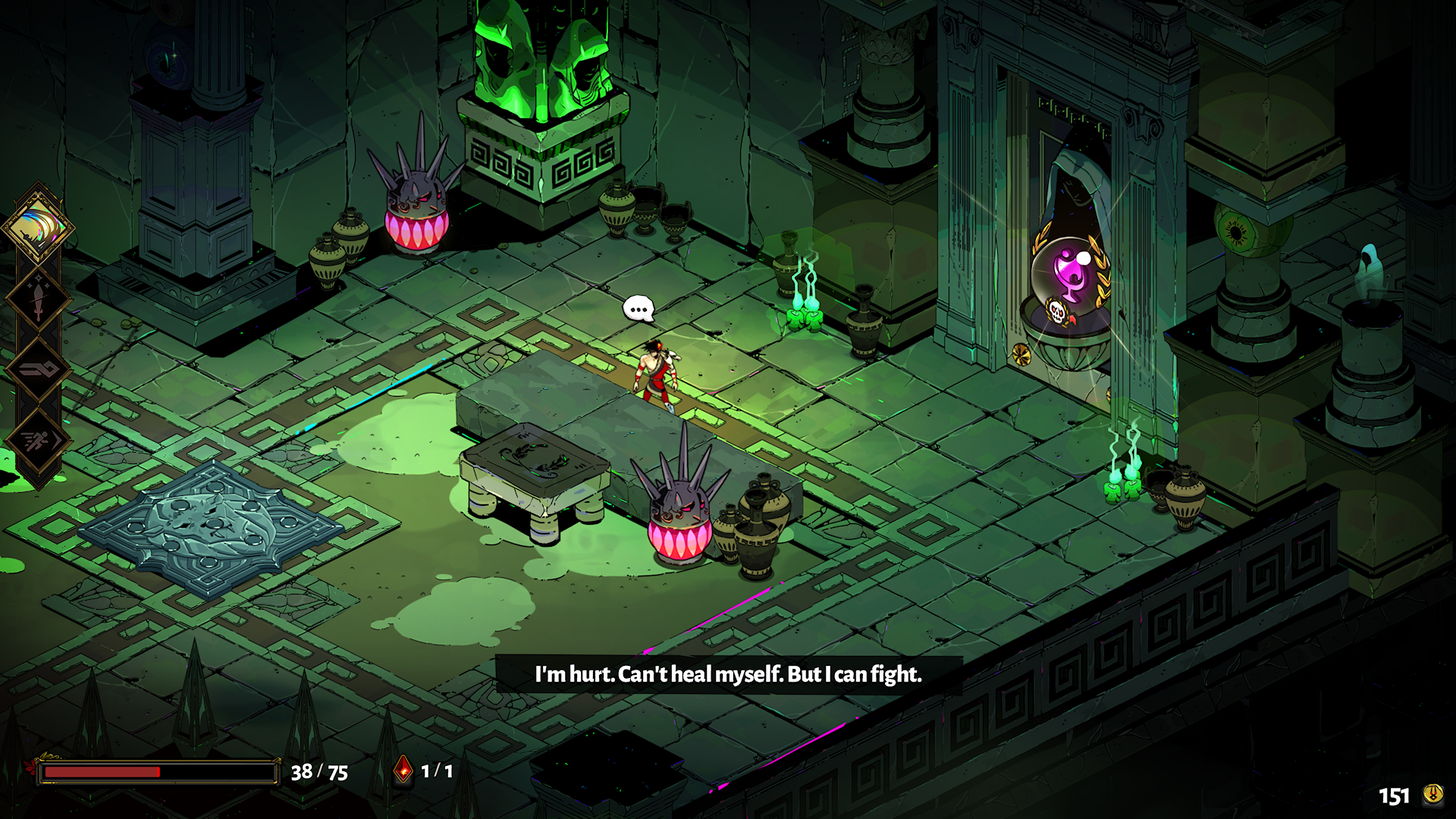 Rogue-likes use the concept of death in video games in a different way from most. For example, normally, the player would be required to restart at the last checkpoint, saved game or the beginning of a specific level. Rogue-likes, however, like to throw you all the way back to the beginning of the game but allow you to restart a little stronger than your previous attempt. Hades is a difficult game, as all rogue-likes are designed to be, and it would be rare to find somebody who beat Hades on their first attempt. However, sometimes I feel like traversal through the Underworld is more based on luck than much else. Hades uses a system where entrances to new stages are highlighted by an icon, such as a coin, heart, etc. Sometimes, I would do a run really needing a specific type of entrance, but the game would offer the complete opposite, meaning my inevitable death the next time I enter combat. If Hades offered a system where, before you start a run, you could see what the best paths to take would be, similar to the recent Xbox Game Pass edition of Curse of the Dead Gods, I feel it could make additional runs feel less stressful. Alas, if Zagreus can’t map out a route, I guess I can’t either. 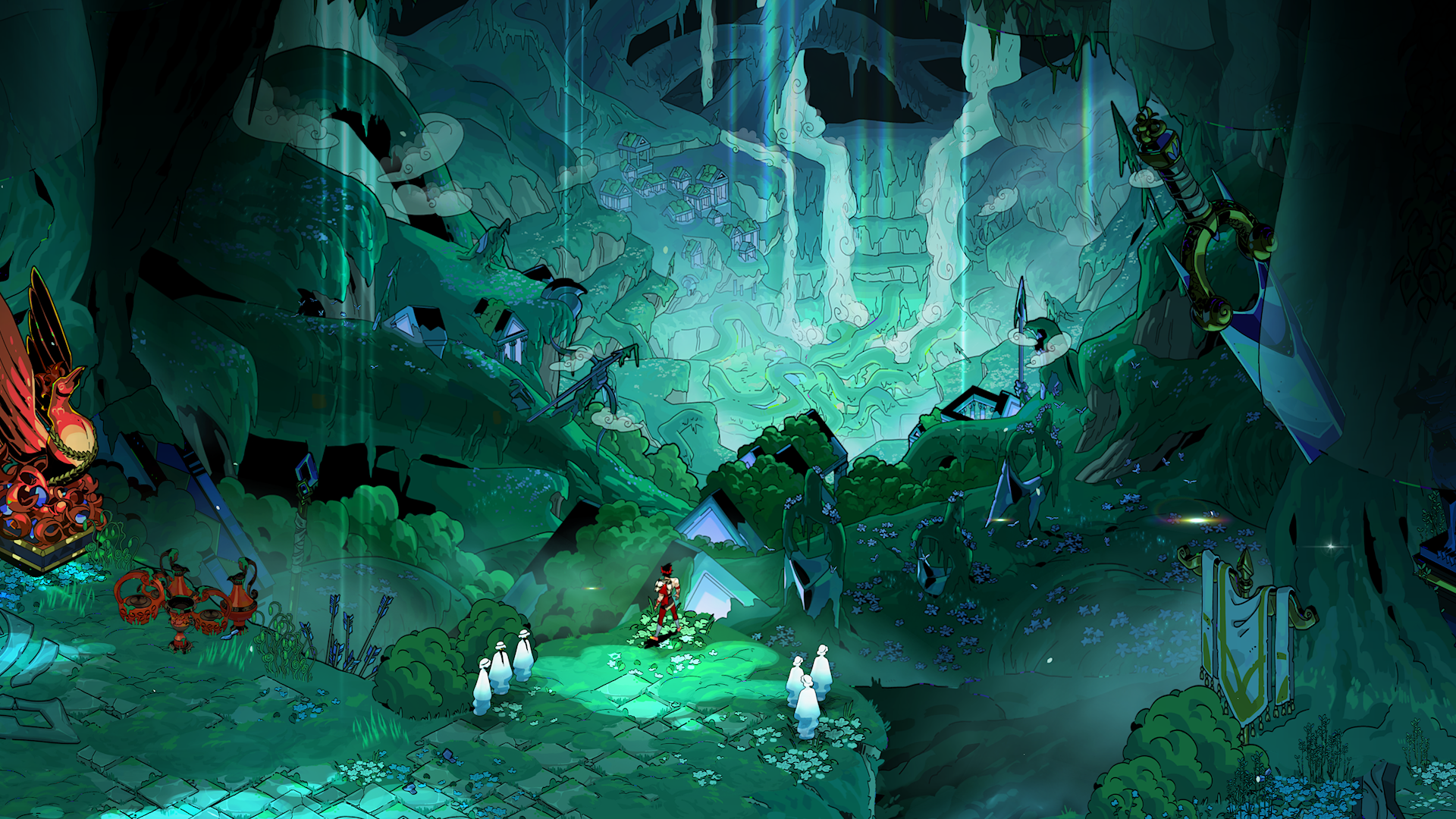 Hades granted me an unknown love for rogue-likes, but it is not without its faults. Each main area of the Underworld comes with a difficulty spike, new enemies and bosses to fight. However, after playing through the game for nearly 15 hours, the third stage has me absolutely stuck. Without spoiling the names or enemies encountered, the second stage’s difficulty spike feels just right, but there can be times in the third stage where I feel overwhelmed and enemies can absorb more damage like a sponge absorbs water. One particular type of enemy becomes a mini-boss in certain runs and has an HP pool that feels larger than some bosses. Oh, and the same mini-boss stage has other enemies that try to kill you too, all of them armoured and stronger than previous counterparts found in normal combat areas. I haven’t died yet to this mini-boss, but I never leave the room with more than half health. I like a challenge, but sometimes it’s a slog to get through and revisit over and over again. 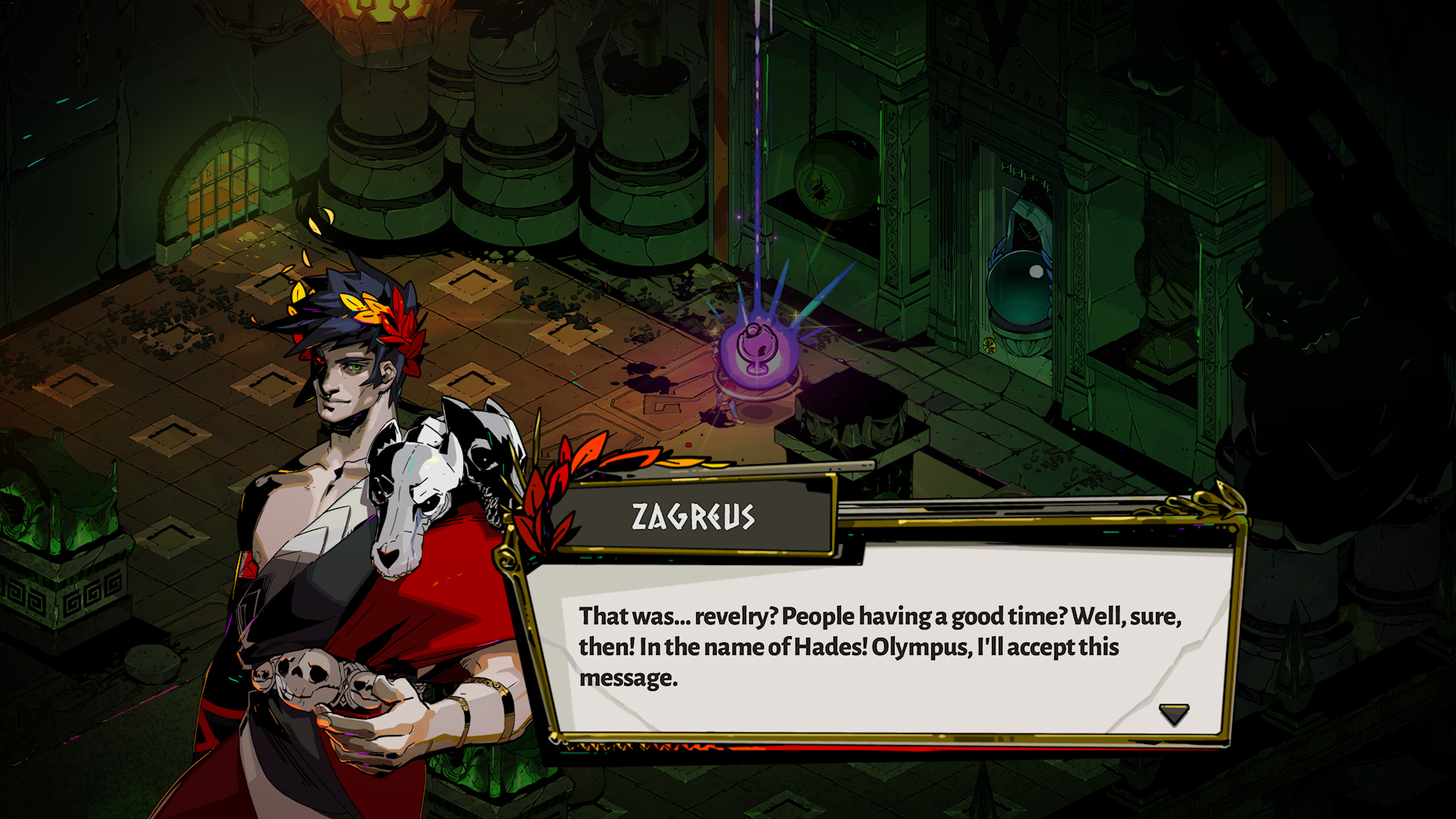 Overall, Hades is an awesome new addition to PlayStation and Xbox consoles, ever since being released exclusively to Nintendo Switch consoles and PC in 2020 and prior to having an early access release in 2018. It’s really fun to see Greek Mythology recreated in video game form from Supergiant Games, and I’ll enjoy making several more attempts to escape the Underworld and reach Olympus. 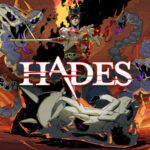 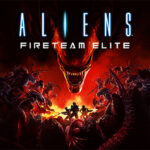 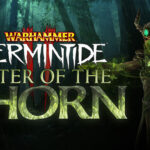