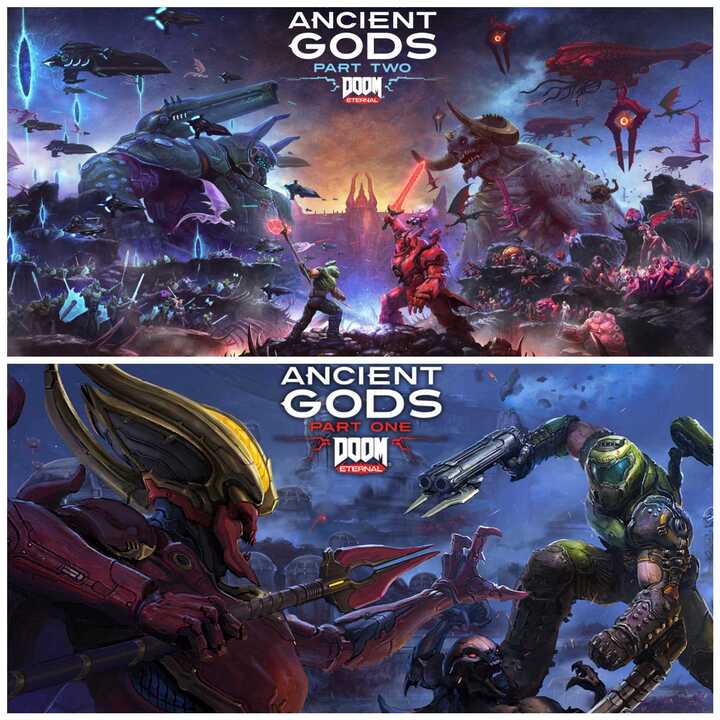 Those who have played (and likely enjoyed) last year’s Doom Eternal were no doubt waiting with great anticipation for more fast-paced and brutal demon-slaying goodness with the two-part DLC called The Ancient Gods when it was first announced later last year. I will be reviewing both parts of the DLC individually since both offer their own extra features. One thing that both parts of the DLC offer is an extra level of challenge. The main Doom Eternal campaign was challenging enough, but The Ancient Gods really throws the challenge level up a notch or two. Alright, enough beating around the bush, let’s get to this.

The Ancient Gods Part One

Picking up not long after the Doom Slayer destroys the Icon of Sin and halts the demonic invasion of Earth, our hero begins efforts to stop Hell’s forces at their source and prevent another invasion from ever occurring. This, of course, leads to the Doom Slayer traveling from Earth to other dimensions again, all the while battling all manner of demonic monstrosities. Picture the toughest battles in the main campaign and add more craziness to the proceedings and you’ll have a good idea of what to expect. You’ll have the  toughest of demons, including Mancubi, Barons of Hell, Archviles, Doom Hunters, Tyrants, and even Marauders all ganging up on you practically at the same time along with other demons. And this DLC has a couple of newer enemies to give players extra headaches. First among them are the Spirits, deceased Summoners from Doom (2016) who will possess other demons and buff them up so that they take a lot more damage and attack more quickly and aggressively. Furthermore, Possessed Demons no longer suffer from weak points and can’t be stunned, so taking them out quickly becomes a priority. Killing a Possessed Demon isn’t even the end though since you’ll have to destroy the Spirit that possessed it, or else the little s#%t will possess another demon and continue to be a real nuisance.

The other new enemies introduced in this DLC are the Blood Maykrs, who can only be harmed/killed with headshots from hard-hitting, precision-type weapons, like the Shotgun’s Sticky Bomb Launcher or the Heavy Cannon’s Precision Bolt. Let me tell you, trying to get a headshot lined up on these flying assholes while trying to avoid other enemies can be highly annoying. This is why I was unable to beat the final (thankfully optional) Slayer Gate challenge in this DLC since I had to deal with Archviles, Cyber-Mancubi, and other enemies while trying to kill three Blood Maykrs with headhshots (and the Blood Maykrs themselves can do some serious damage too, by the way), all followed by more enemies being thrown at me, including a Possessed Marauder. I’ve heard of stacking the odds, but id Software went a bit far with that one, I think. I probably could have beaten the challenge if I bumped the difficulty down to easy, but I refuse to go that route. It would have been better if that particular Slayer Gate challenge had been added into the second part of this DLC where the Doom Slayer has a new option for dealing with enemies (which we’ll discuss momentarily).

The second part of The Ancient Gods DLC picks up right after the end of the first part where (spoilers) the Doom Slayer resurrects the Dark Lord of Hell, Davoth, into his physical form so he can kill him for good and end the demonic invasion of Earth. The challenge level for part 2 is pretty much the same as in the first part, if not a little tougher in certain situations. One (somewhat) new addition to this DLC are Escalation Encounters, which are accessed through yellow Gore Nests located in each mission. These encounters come in two waves (with the second one being optional) that consist of all manner and combinations of enemies throwing themselves at you with reckless abandon. Getting through the first waves not only lets you advance through the mission but also grants you with upgrades to the Doom Slayer’s new weapon that (finally) replaces the Crucible weapon from the main campaign. This new weapon is the Sentinel Hammer.

The Sentinel Hammer, in many ways, is a godsend. After being charged simply by Glory Killing a couple of enemies or destroying enemy weak points (which is also how it should have been for the Crucible), this new weapon can be used to damage multiple enemies simultaneously with its smashing shockwave attack, and it also causes damaged enemies to drop ammo. Furthermore, if enemies are set on fire or frozen before being hit by the Sentinel Hammer, then they’ll drop extra armor or health pickups, respectively. And given the larger number of new and deadly enemies this part of the DLC throws at you, the Sentinel Hammer can truly be a lifesaver and is actually a necessity in winning some battles.

Speaking of the new enemies, they include Screecher Zombies, who empower demons around them when killed, Armored Barons, who are invincible to most weapons if you don’t exploit certain weaknesses, Riot Guards, who have impenetrable shields that can withstand all frontal attacks, Stone Imps, who are resistant to most forms of damage and like to throw themselves at the player like cannonballs, and Cursed Prowlers, who can poison the player and inflict severe lasting damage if not dealt with quickly. A lot of these demons can mess you up big time when teamed up with combinations of other demons. Other than all I covered in this review, the rest of The Ancient Gods DLC has the same type of gameplay present in the main game. You’ll spend some time navigating the different environments to find collectibles and advance to the next area, although now there are parts where you’ll use the Super Shotgun’s Meat Hook attachment to swing on grapple points and get to otherwise out of reach areas. Doom Eternal was a fun, challenging, and simply badass experience that I would recommend to any fan of fast-paced action games and/or first-person shooters, and The Ancient Gods DLC is more of that same awesome experience, only with the challenge level turned up even higher…perhaps turned up a bit too high in certain parts. Despite the increase in challenge (and frustration), I’d still say that this DLC is a must play for Doom fans. 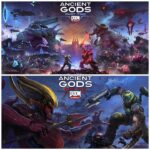 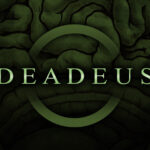 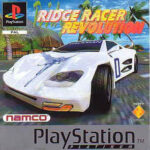