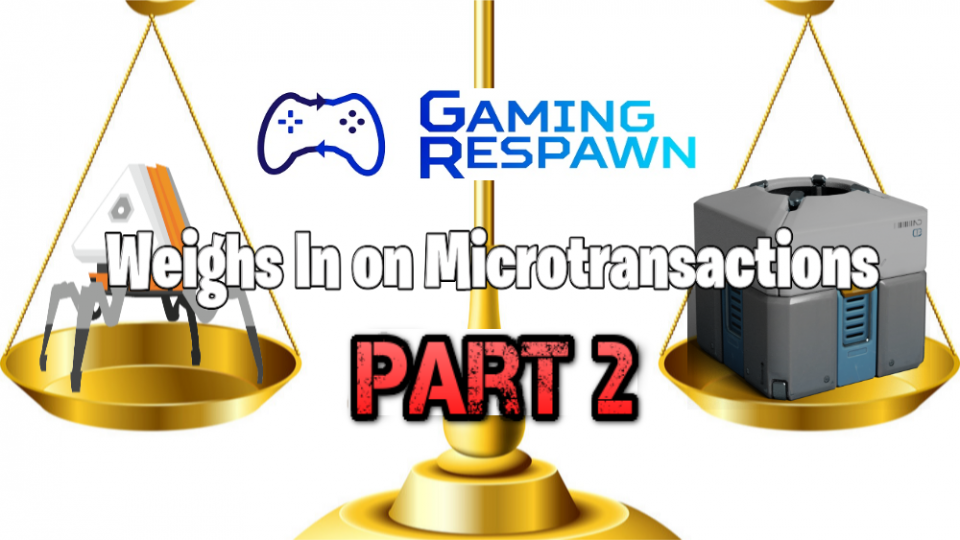 Welcome to part 2 of “Gaming Respawn Weighs In on Microtransactions.” A couple of us shared our in-depth opinions on the inclusion of the largely much-maligned microtransactions in a number of games today, and surprisingly (yeah, right), they weren’t very positive opinions. One can only wonder why, right? Anyway, check out what a few more of our contributors have to say on the topic.

We’re here to discuss microtransactions. I never really liked them, though I do love additional content, namely DLCs, if they’re separate from the main story. Like how in Persona 5 there’s DLC for characters from previous games in the series. I’m okay with this type of extra content. However, loot crates and other microtransactions, including those that you have to pay for to get more out of the main game, I don’t like and will never like.

Kind of why I don’t try games like Gears of War, Call of Duty 4: Black Ops, or even Fortnite. Even though I’m not into shooters, microtransactions are why I don’t and can’t get into newer ones (but I admit I do play anything when I’m hanging out with friends). I don’t like paying for items, weapons, or better equipment. That’s a disadvantage for us who can’t and don’t want to pay for them. I love and prefer to unlock them throughout the game while playing. That has always been what I have done. Those kinds of microtransactions have always been what I disliked about recent games. Seriously, no one should get content, items, and weapons that are only available to buy as in-game purchases with real money and that are not unlockable any other way. It puts gamers who can’t afford them at a disadvantage.

Even RPGs that have small microtransactions, I’m not a fan of those either. I don’t want to pay for more items that I can get in the game. Yes, you get more content, but why would I want to pay for it? I’d rather play the game and get through it without paying for extra features and advantages. Instead of using real money out of my pocket, I’d rather fight a monster or boss by myself and then eventually heal with items I can buy with in-game money. I never paid for that kind of stuff before, and I don’t like that it’s an option now. Yes, it makes things easier and quicker, but if the items are already easy to get, why would I pay real money for them?

One of the microtransactions I am always on the fence about are the ones for new characters for games. I don’t mind if they are cheap for a set of new characters (or even if it’s for one character) in a fighting game. Yes, it gives new life to the game, but at the same time, the DLCs do add up with every one and other kinds of micotransactions.

In so many ways, it’s just wrong to have microtransactions in any game. They have cost parents money on phones and consoles without having the parents’ permission to conduct the transactions. Many games make it too easy to let these transactions take place, and sometimes they are so sneaky that children do not realize they are making a transaction by using a selection box. Any game that uses microtransactions should have an option to prevent unauthorized purchases like this and require a login each time a transaction is started. I have personally gone through this with my children on their iPhones. I get PayPal transactions for $1.99 or $2.99 a month, but since it goes through PayPal, it does not show which phone or app was used. I then have to fight with PayPal to stop these transactions.

The other side of microtransactions that I cannot stand are those in pay-to-win games. I am playing Peggle Blast on my phone, and I cannot beat the level I am currently on. The game keeps throwing up a window suggesting a purchase to help beat the level. I used to also play Tower Madness. When playing this game, I ended up paying $2.99 just to unlock a fake sheep to make it where I could count all the stars on one map. That is the only time I used the item. Other than that one instance, the only purchases that I have made for a game were for downloadable content. Tower Madness had additional maps that could be purchased, but they were worth the 99 cents for each pack. The microtransaction boom has gotten out of control. This has bothered me to the point where now I just download a game to try it, and if I see there is too much evidence of microtransactions, I just delete it. It is bad enough with the blitz of ads that I don’t need the microtransactions to go along with it.

Microtransactions exist in practically everything. I think it’s justified sometimes when it comes to small developers trying to make a little extra money from all of the time they’ve spent making their games. For free games, it’s a way to bring in revenue that wouldn’t otherwise exist. However, I hate it when apps are free and then make you pay every step of the way in order to progress in the game or app. At that point the game really should just cost actual money from the start, and then you should be free to enjoy the actual game.

Loot boxes are different though because smaller games and free games might be more justified in using them, although games that cost full price really shouldn’t have them as the only means to unlock cosmetics or weapons. It’s my choice to spend money on loot boxes or not, although I think it’s particularly annoying when Counter-Stirke: Global Offensive gave me a loot box and then wanted me to pay for the key. If I earned the loot box, I should be able to open it; otherwise, I didn’t really earn it, I just got baited into buying it. I’ve never actually bought a loot box before because skins in games don’t affect gameplay, and I can get along just as well without cosmetics. I really don’t think that pay-to-win is fair at all because not every player has a means of buying things to make themselves better (such as kids), and if it does make an actual difference in the game, it should have been included from the start.

Microtransactions are a way to get buyers to spend more money than we might have spent otherwise, such as with a fully priced game with DLC that makes it playable. Maybe this is more profitable for the company, although I wish that I could get what I pay for. A fully priced game should really come as a fully priced game rather than come in pieces. Games (mostly mobile) that are free-to-play but cost money to play properly should be upfront about the true cost of playing them rather than halting the experience through paywalls. To me, those games are a waste of my time and feel kind of like rip-offs rather than being genuine experiences.

And there you have it, folks. Unanimous disapproval among us Gaming Respawn contributors regarding the practice of microtransactions being forced into so many games nowadays that simply don’t need them. Perhaps one day we’ll return to some semblance of the good old days when predatory microtransactions were a rarity in games, but until that happens, let’s do our best to avoid them and put the word out to others who may be misled into partaking in them to just say no to needlessly emptying out their wallets. 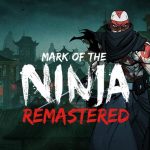 Mark of the Ninja: Remastered Review 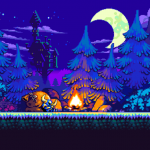