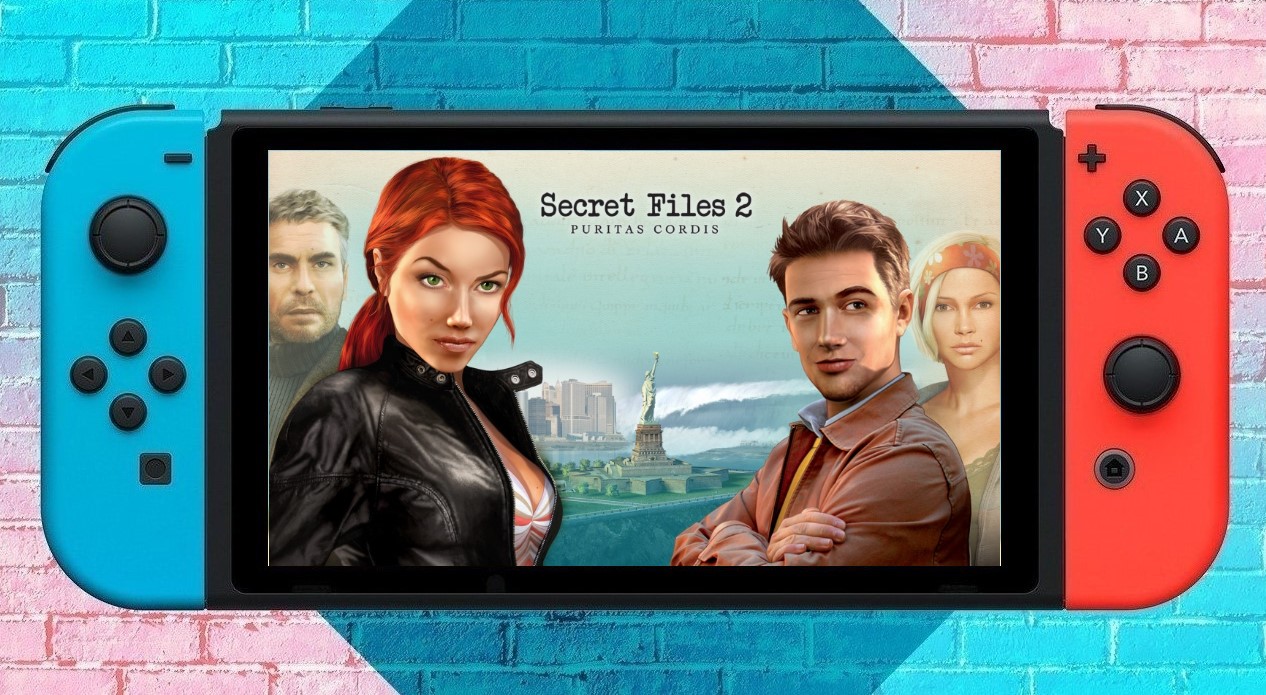 Secret Files 2: Puritas Cordis is a re-release of a Wii/DS generation game from 2009, and it feels like it in every way. Almost everything in the game feels outdated, and beyond some interesting puzzles, there is not much reason to go back to this point-and-click adventure game.

Nina and Sam, the game’s two main protagonists, are accidentally caught up in a sect’s secret plot to bring about the apocalypse. In a game whose purpose is to make you think about situations and how to solve them, there is little to no thought put into the story, with the overall plot being easy to guess from the start. The game’s story plays out like a straight-to-video movie, with all of the clichés that you would expect. It feels like it wants to be a James Bond or Indiana Jones movie, with the expected globe-trotting, evil organisations and action pieces. The lack of quality in every area makes it come across as a cheap knock-off or a parody, and nowhere is that quality more lacking than in the voice acting.

The voices in Secret Files 2 either fall into the category of caricature or stereotype. The writing is equally as bad but actually has moments of quality hidden in between and some genuine funny parts. In fairness, the writing probably sounds a lot worse than it is with the actors who are delivering the dialogue, which are often times extremely wooden. It does not help that two of the biggest culprits are the voices of the two main characters. Nina struggles to be expressive in her delivery and can oddly hit emotional extremes that seem out of place with what is happening on-screen. Both performances sound like they are reading a story for children, talking down to the listener rather than trying to tell a story and express emotion. During cutscenes, the screen shows close-ups of the characters, and the lip-syncing is really off putting. The mouth movements match the words perfectly, but they create this weird effect with the mouth and face that makes them look more like puppets than humans.

The plot basically offers the player a way to get from one puzzle to the next, and the puzzles are probably the star of the show, which isn’t as big a compliment as it sounds. There are some genuine thought provoking puzzles to work out, and they create some fun and entertaining scenarios to boot. At the end of the day though, they boiled down to combining the right stuff and dragging the right items into the right place. Some puzzles were solved in ways I never would have thought of and thus resulted in the kitchen sink method, just trying everything until it worked. The puzzles are by far the most interesting part of the game, but with all of the backtracking involved, they can become a bit monotonous.

This is further exacerbated by the strangely long load times between screens that reach upwards of 5 seconds. It doesn’t sound like much, but each area is made up of singular screens, and the player constantly travels between them to solve puzzles. Each time the game displays a blank screen, it feels like an eternity. There were even moments where two characters had a dialogue and were in two different locations. This meant that between each sentence that the characters spoke, the game would load in each different area, with the infamous 5-second black screen rearing its ugly head. Loading between sections when the player moves to new areas is annoying but understandable; loading multiple times between conversations is simply torture and speaks volumes about the game’s overall design.

The design of the game’s environments also match the game’s low standards, and they are generally bland and forgettable. They are dull, flat, and ugly, they simply do not hold up well in 2019. The character models also match the environments as being very unimpressive; whilst these areas are not a key component for a point-and-click adventure, they offer the player a better experience when done right. It is even more frustrating because there is an area later on in the game that does get it right. The area is dated in its graphics, but they are still pretty and colourful, offering a really interesting area to explore. In this same area, the game also inexplicably opens up, offering a map that can be used to jump from location to location, creating a sense of scale that was lacking prior. This map mechanic would have improved the game significantly if it had been introduced earlier or used as the game’s main hook. Instead, it was relegated to the one area at the end of the game, and this area is by far the best in the whole experience.

One area where a lot of thought has been put into is the control scheme; these small nuances can make or break a game, and a lot of thought has been put into how the game plays on Switch. The game can be entirely played via a controller or via the touch screen. I found the most intuitive and responsive method was to use a combination of the two playing in handheld mode. Handheld is the perfect way to play a point-and-click adventure, and the touch screen offers a great way to negate the lack of a mouse or a Wii remote. To speed up the slow and laborious movements associated with the genre, you can double click on an area and hold it to make the character run instead of walk. There is even a fast forward icon at the exits that can be pressed to make the character instantly jump to the next area rather than walk to it before exiting.

There is a lot going on on the screen at any one time, and the low resolution combined with some drab colours make seeing those tiny details difficult. Thankfully, there is a hint system that helps the player locate items, as well as exits. By clicking on a magnifying glass, all parts of the screen that can be interacted with are highlighted. Even with icons popping up, it can still be difficult to press the right icon as oftentimes things are packed close together. However, using this icon usually saves time and can save the player from some frustrating moments of tapping.

Secret Files 2: Puritas Cordis is a port of a game that truly hasn’t aged well. Its voice acting, story and environments make sure that this is a game to be remembered for all of the wrong reasons. It is even more frustrating because there are brief moments of true quality in the writing and an area later on in the game. The game controls particularly well on Switch and is well suited to playing in handheld mode. I cannot recommend this game, but if you do pick it up, maybe doing so with the volume down would be the best way to experience what it has to offer. 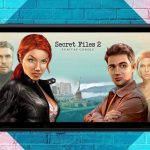 Secret Files 2: Puritas Cordis is a port of a game that truly hasn’t aged well. Its voice acting, story and environments make sure that this is a game to be remembered for all of the wrong reasons. It is even more frustrating because there are brief moments of true quality in the writing and an area later on in the game. The game controls particularly well on Switch and is well suited to playing in handheld mode. I cannot recommend this game, but if you do pick it up, maybe doing so with the volume down would be the best way to experience what it has to offer. 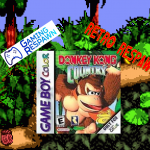 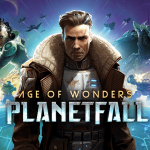