Final Battle resumes right where the base game ended. That means you jump right back in with your favourite characters from the worldwide anime phenomenon. One of two things will happen here: You will play the games and then become a fan of the anime, or you are a fan of the anime and will then become a fan of the games. With Final Battle, you now have 40+ characters available, which is the widest range yet. If you choose, you can experience the content with your own created character too, which is a nice option. Disclaimer: if you pre-order Attack on Titan 2: Final Battle, physically or digitally, on PlayStation 4 and Xbox One during the first month of launch, you will receive the “Queen of Historia” costume for Christa, “Young Male Coat” for Kenny, “Plain Clothes (Underground City)” for Levi, “One-piece Dress” costume for Mikasa, and an early unlock of the playable characters ‘Kenny’ and ‘Zeke’.

Attack on Titan 2: Final Battle introduces a wide range of new, powerful equipment with which to fight the Titans. Alongside the traditional slashing gear, Final Battle introduces shooting gear to combat Titans from a a safer distance distance. These new weapons introduce a new variety of ammo types that offer up different classes of damage, including Regular Shot, Scatter Shot, Explosive Shot, Attrition Shot, Numbing Shot and Incendiary Shot Ammo. There’s a small element of skill involved in the reloading mechanic akin to the mechanic found in the Gears of War series. If you release the reload button just as the dial enters the yellow area, you will achieve a perfect reload. A perfect reload means that the resource will not be used up for a short space of time. You can switch between weapons at supply bases, and this will be important as Attack on Titan 2: Final Battle will force you to adapt and evolve your battle strategy. Typically, you will want to stick to the blades, which are more effective against the Titans’ weakspots. Even more exciting is the introduction of new superweapons in Final Battle. These come in the form of Thunderspears and Gatling Guns. Their ammo is scarce, and these superweapons are only available at certain, infrequent points. The Gatling Guns are fairly standard, and the more powerful superweapon are indeed the Thunderspears, which dish out a great deal more damage. To replenish ammo for these weapons, you have to complete objectives and restore supplies at supply bases, so you’ll have to choose when the time is right to utilise them.

Attack on Titan 2: Final Battle also introduces Territory Recovery Mode. This mode allows you to explore beyond the walls and create your own corps. You can customise your corps name and emblem and assign a commander from any of the 40-plus characters in the game. This mode features two phases – the first phase is the base phase, in which you are able to freely roam around to socialise with allied characters. You also prepare for the fight by upgrading equipment before entering the Outer Campaign phase. In the Outer Campaign phase, your scout will take on the battle outside of the walls to reclaim those lands for humanity. You have all the new equipment at your disposal in this campaign, namely the new guns. Each area has its own boss, and progressing through the stages of Territory Recovery Mode is incredibly satisfying as you reclaim those lands. Graphically, Attack on Titan 2: Final Battle is as beautiful as ever. The content runs at 1080p on base PS4 hardware and 4K on the upgraded PS4 Pro. This provides a very crisply detailed image that really brings the striking, unique visuals to life. There’s nothing quite like Attack on Titan 2: Final Battle out there right now. It reminds me of Shadow of the Colossus, but apart from that, it’s one of the most unique games out there.

Ultimately, Attack on Titan 2: Final Battle packs so much content it practically could be a sequel by itself. However, it is tied to the base game, which is required to play this DLC. It is meaty, and fans of the anime will undoubtedly be flocking to pick this up. If you’re not a fan or have yet to be introduced to Attack on Titan, this is the perfect opportunity to jump in because Final Battle brings the entire experience together as a definitive version. Mild frustrations with aiming can be overlooked thanks to the high-octane action. 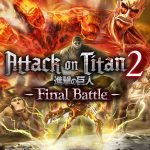 Attack on Titan 2: Final Battle alongside the base game provides what is the definitive way to enjoy season 2 and season 3 of the worldwide phenomenon and is a must-buy for fans of the anime. 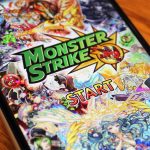 Watch Us Play Through the Monster Strike: Van Helsing Event 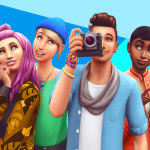 The Sims 4 Gets a Rebrand and Create-a-Sim Changes