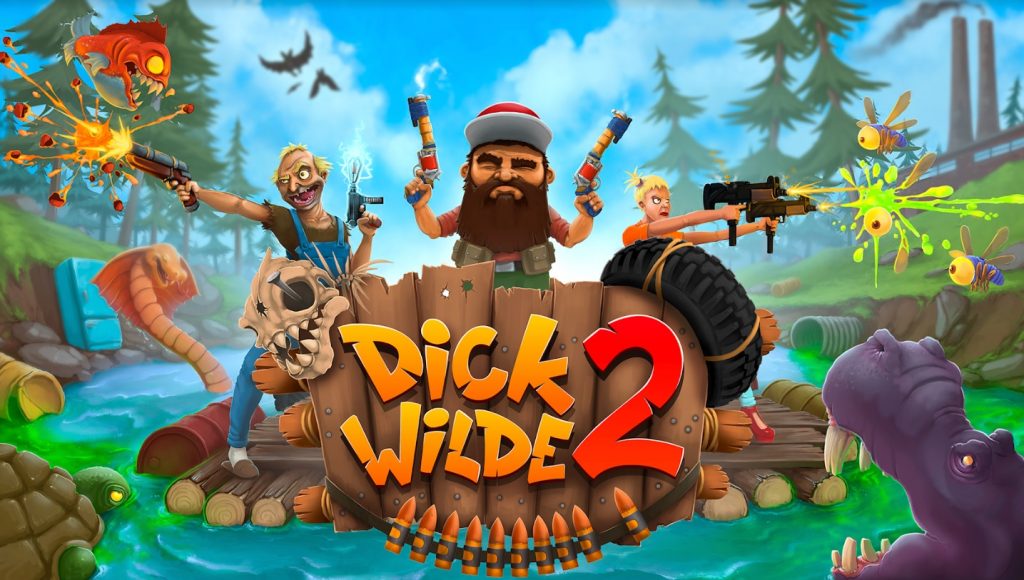 It wasn’t that long ago that I did a preview for this title. Well, now I’ve got my hands on the full version of the game and took it for a spin. Dick Wilde 2 has been developed by Bolverk Games and published by PlayStack London, and it released on the 19th February for the Vive, Oculus, PSVR and Steam platforms. 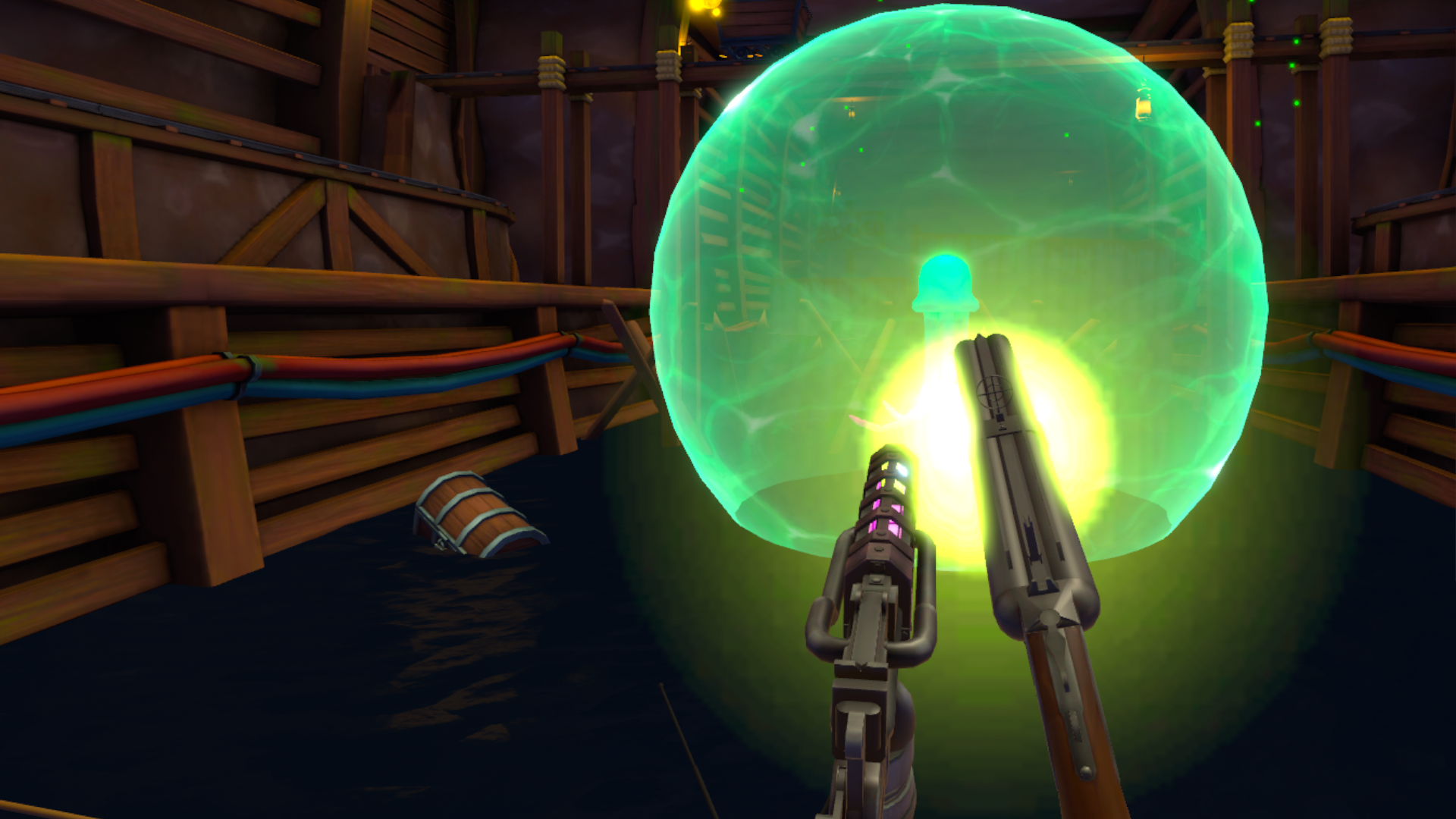 Playing Dick Wilde 2 is a lot of fun. From the moment you start, it’s a flurry of activity within the stages of each level you play. Each level consists of five sections, and all pose different challenges for you to overcome. Now, with the review version I have received, there have been a few unlocks I was able to test out, and those certainly did help in exploring what the game had to offer. But, in my case, I played the game the way it was intended. 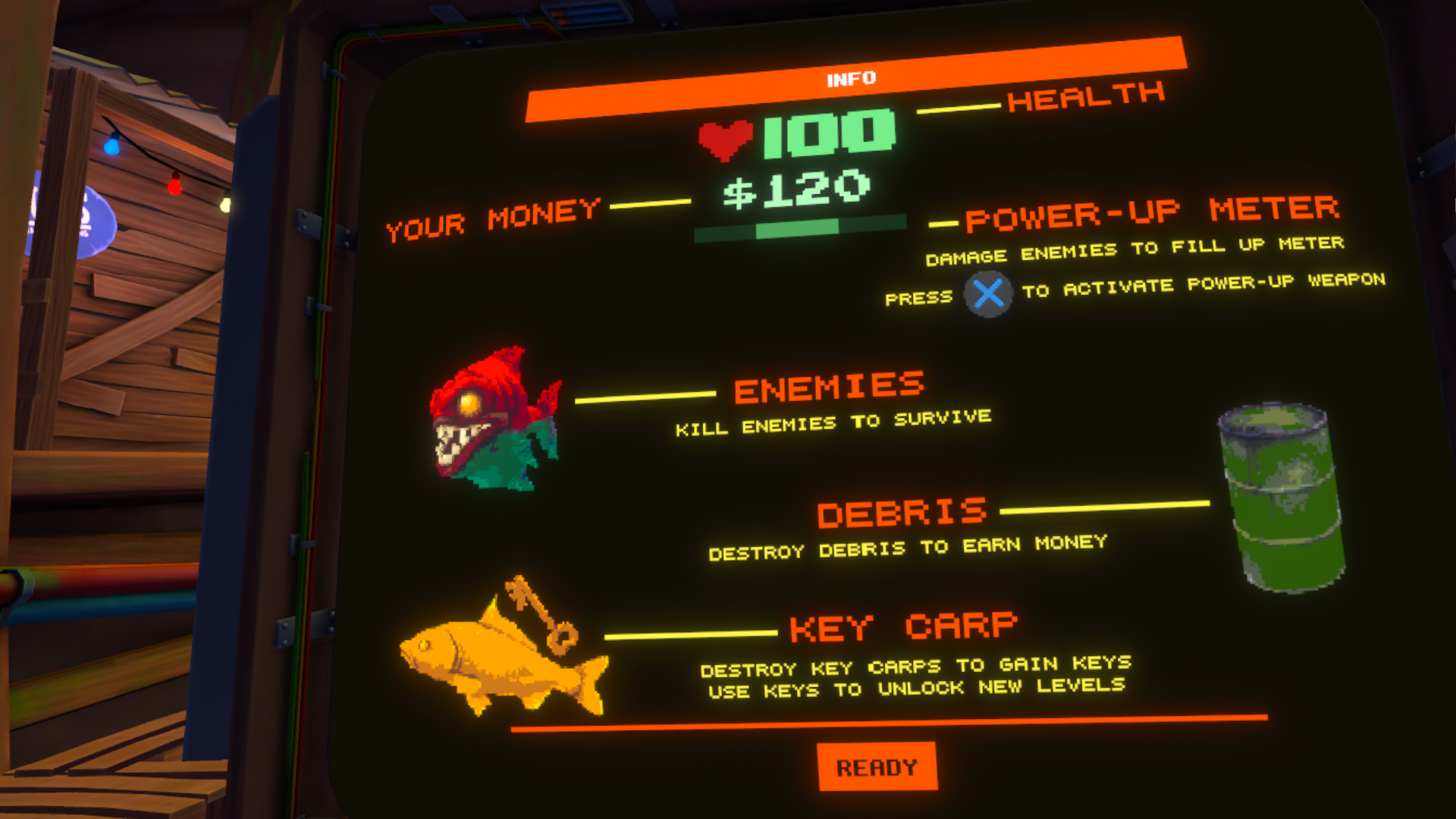 Each zone has its own unique feel and personality. The environments have their own layouts and are filled with critters that range from mutated jellyfish that deploy barriers to rats that can stand on two legs and ride on the backs of crocodiles. But, make sure you get those keys from the golden fish that jump out of the water. They are what unlock new levels for you to explore. You won’t be able to get all the keys in one go, so replayability is there for anyone wanting to collect all them shiny keys (my personal favourite zones so far are the underground mines). 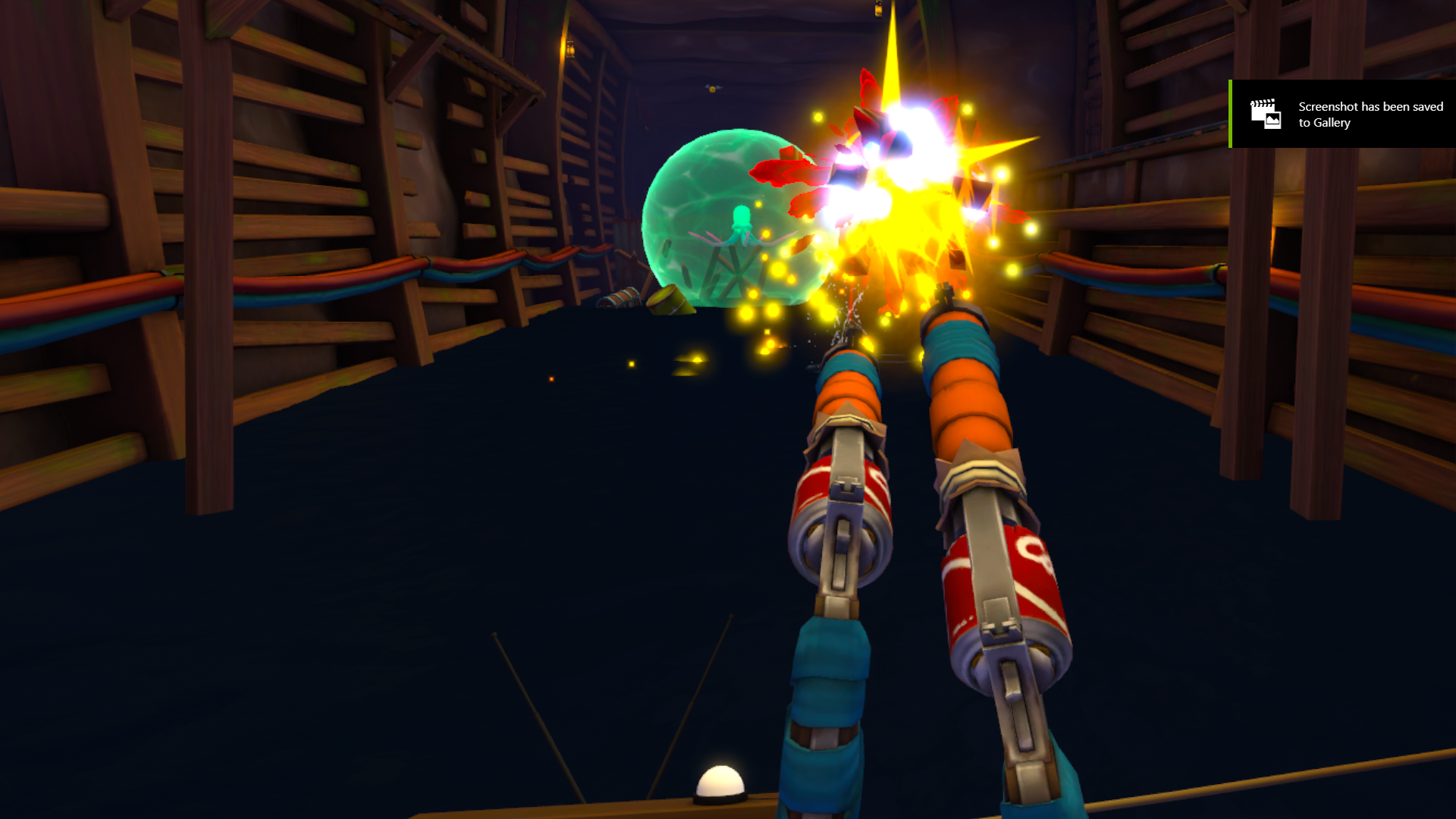 In the beginning you have basic weapons and gear. You’ll have to earn your stripes by playing the levels and earning that money. Debris and critters fill the sections from point to point, each varying in payouts that fill up your piggy bank. But, as the game progresses, so does the difficulty, and if you’re not careful about which weapons you choose, you can find out that the pace of the gunplay can become overwhelming.

Bring in a Friend

Dick Wilde 2 can be played solo or with a friend. Now, having that extra person with you is something that is crucial. The reason for this is when you progress through the game, the levels become harder, enemy attacks become stronger and your hard-earned cash is soon sucked dry as you try to keep yourself alive. So, having an extra set of guns and eyes will be handy. One of you can take one side of the level, whilst the other player deals with the other side. Or you can delegate certain tasks to keep yourselves alive by any means necessary.

Playing the game normally requires you to complete trials to unlock tiered gear. So for the first stages, you’ll unlock the basic upgrades to your starter weapons. This is something I would recommend you do ASAP. Having stronger weapons is an absolute must as some situations require the extra benefits they bring. Having a stronger revolver was handy for me. I was able to deliver more accurate shots whilst being able to tackle enemies in less time. The gear does become crazier the more you unlock as well. Laser weapons will be available to you, and as you complete more challenges, the weapons will only get better. 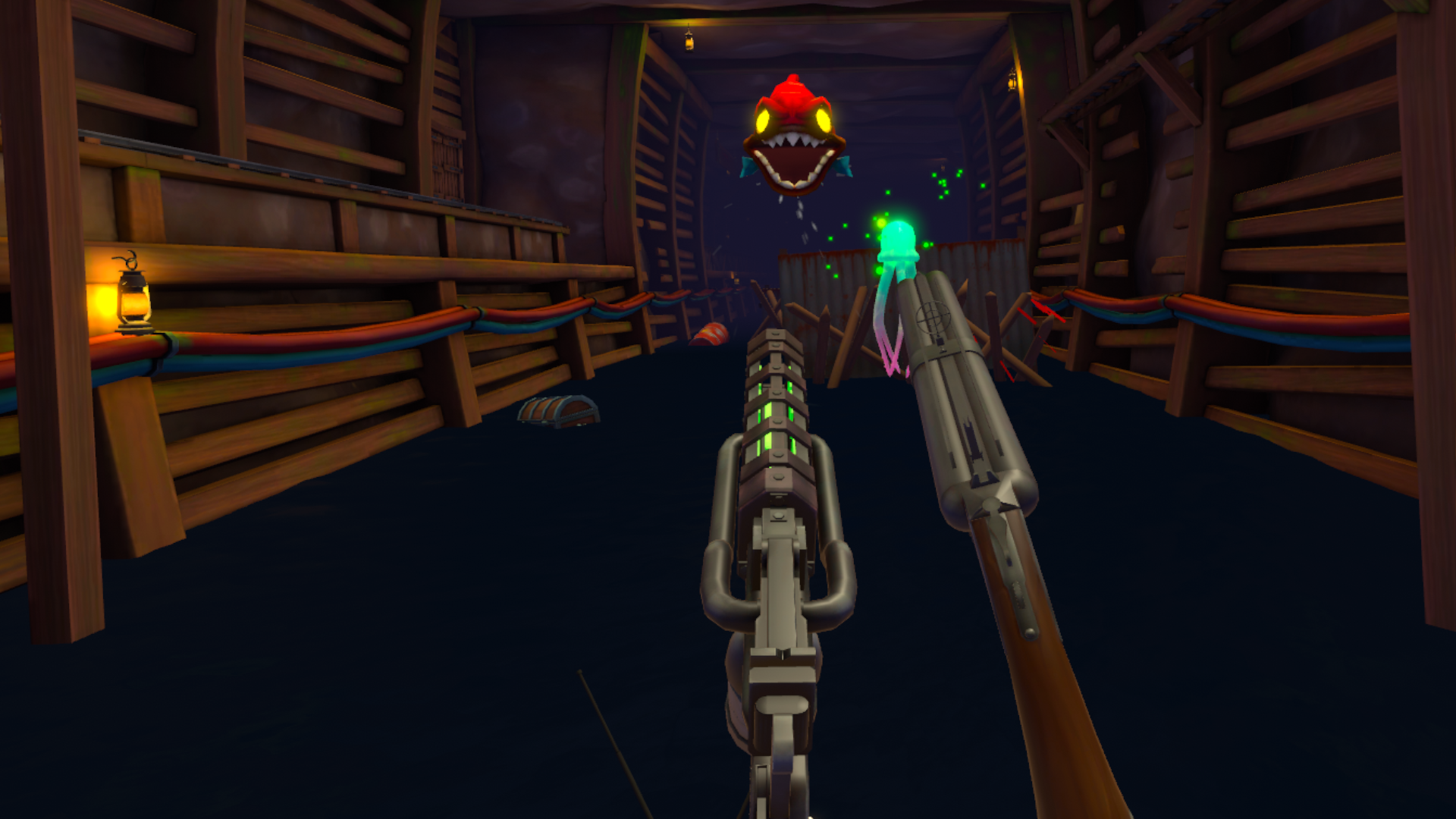 End of the Road

At the end of each stage, there is, of course, a boss fight. Now, these range from towering enemies to slippery critters that are bigger than most of the enemies you’ve faced leading up to them. After having tried a few of them, it was tiring to try and keep up with everything going on during the fights.

After having played this a while, I noticed some changes. However, I must add that these changes are what I have experienced in my playthrough, so yours may go differently. Since the time of my preview up to this review, I can see that the ability to swap weapons has been implemented, which is a definite thumbs up from me. I can switch between guns before each round starts, though I would have liked that ability in mid-play as this would have made things easier.

Some levels can be a bit overwhelming due to the sheer amount of enemies that all coordinate to attack you. Having a friend may reduce this difficulty for you, but when you’re on your own, it can become a little tiring. You may want to get that one key that eludes you, but due to the many enemies that will be after you, you will likely be quite preoccupied with just keeping yourself alive.

All in all, this is a game that is polishing a well defined basis and adding to it. Wacky guns are something you’ll be striving to unlock as they bring new styles of gunplay for you to experiment with. However, the pace can become overwhelming at times, so a friend is needed to play certain sections if you’re having difficulty. A solid title worthy to add to your collection. I’ll be putting it on my rotation of games when I have friends over. 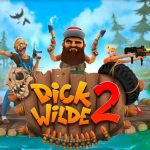 Dick Wilde 2 is a well polished title that delivers on the groundwork from the first title in the series by adding more guns and wackier designs. The emphasis on multiplayer can be a blessing if you have a willing comrade in arms, but if not, you may find some sections hard to overcome. 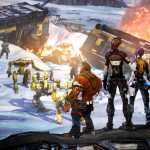 Borderlands 3 to Be Announced at PAX East? 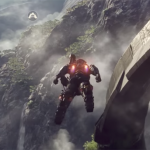