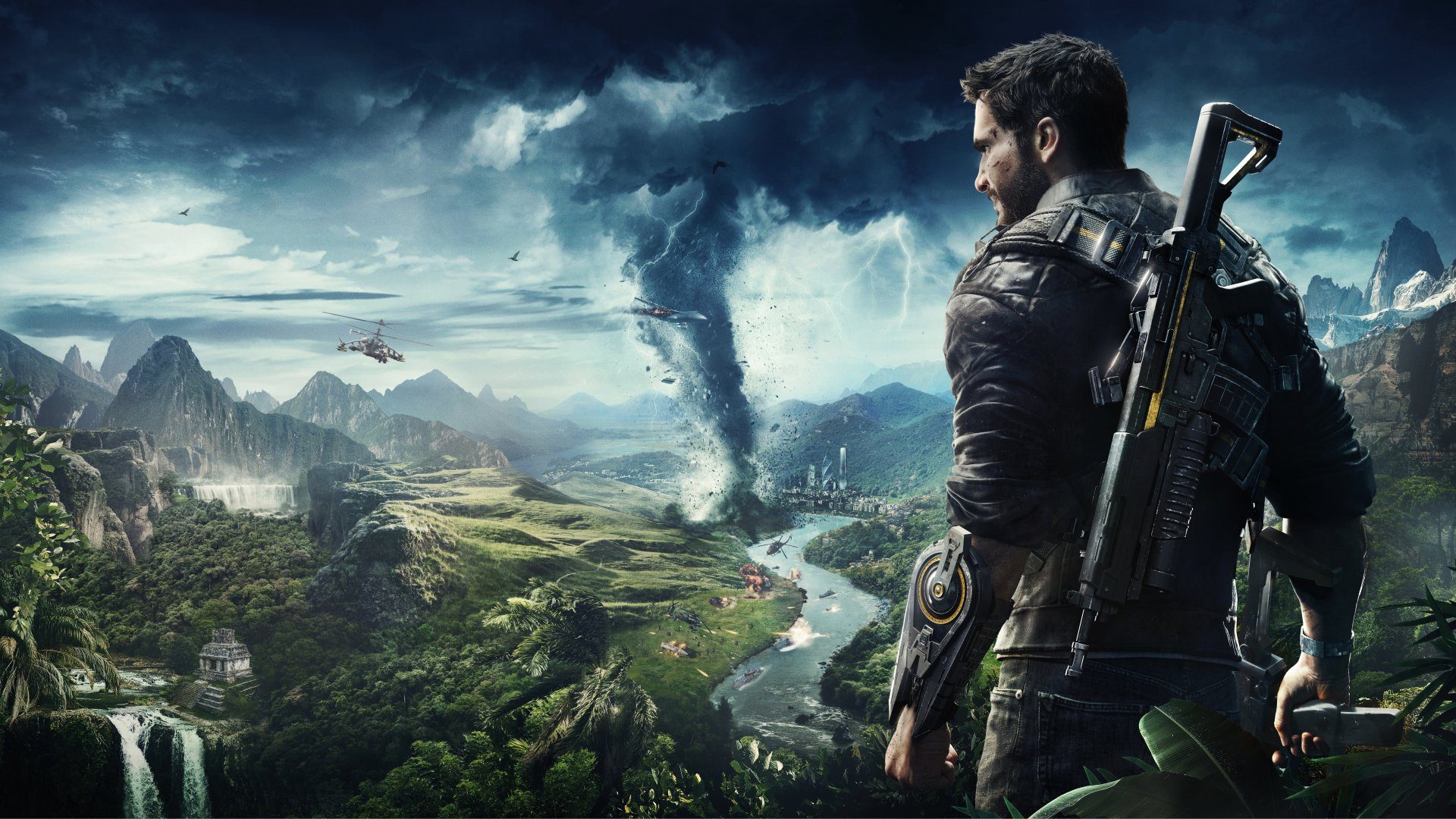 There comes a time when video game series become stale. Not so much poor or terrible in terms of their mechanics or aesthetics but more so their execution. Games like Far Cry and Assassin’s Creed were at serious risk of their mechanics going stale as we saw the same game with a different skin each year until we finally saw a shake up that saved these two outstanding franchises. Assassin’s Creed: Origins changed its execution, which directed the long-running franchise towards a more role-playing direction, and Far Cry 5 let go of the reigns by making the player choose their own path. Well, Just Cause may need that saving grace too because Rico Rodriguez’s latest adventure, Just Cause 4, is as stale as a week-old baguette. 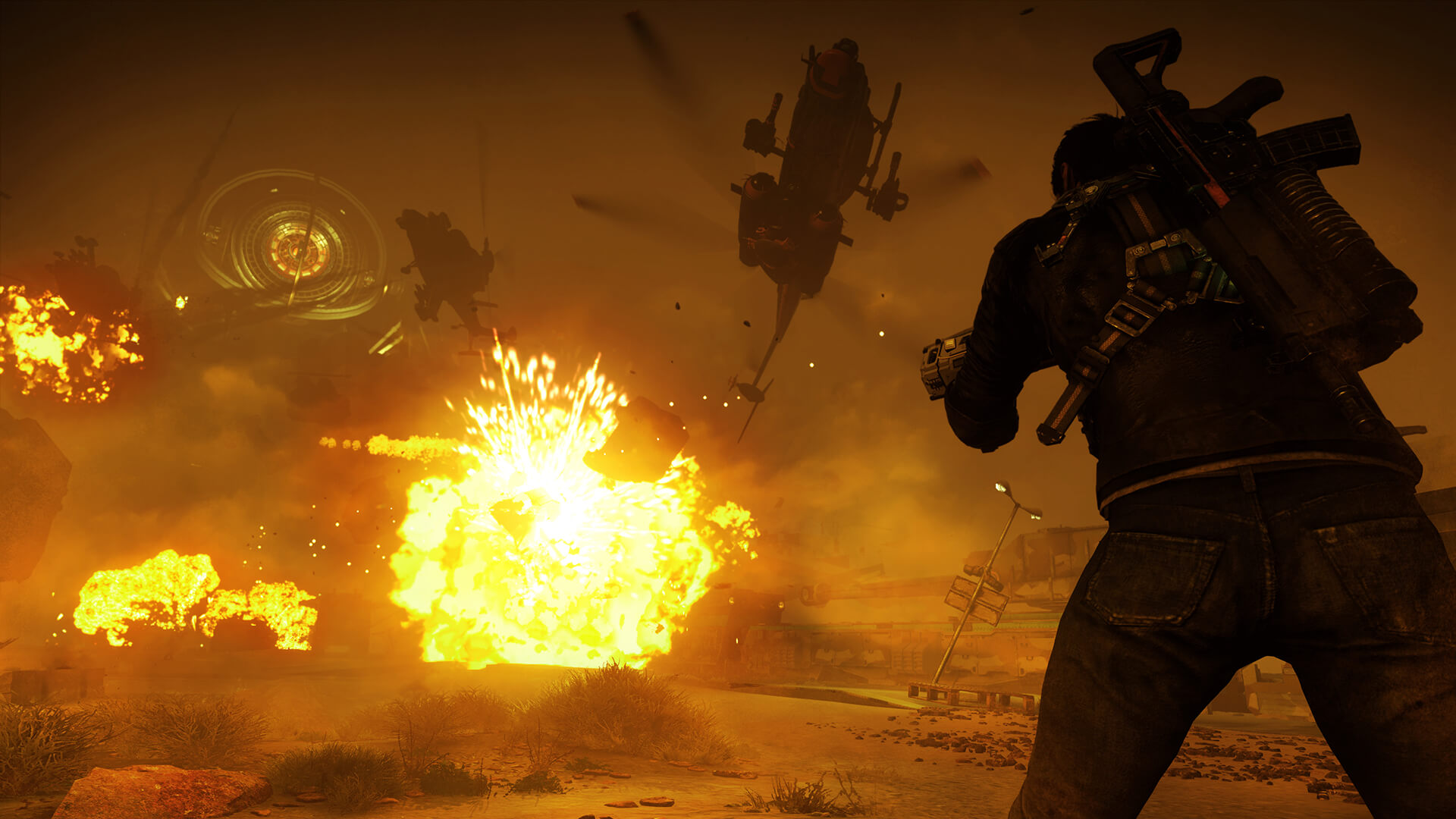 Like the rest of the games in the sandbox series, you play as Rico Rodriguez, a Mexican badass that is as rigid and lifeless as he has ever been. Set after the events of Just Cause 3, Rico now travels to the continent of Solis and, like JC3’s island of Medici, it’s a tropical paradise; however, Solis is home to some extreme weather conditions. Suspiciously so. Rico soon finds that the weather is actually artificial and weaponised, which is the basis of the game’s plot. Although it sounds interesting, and it is, it’s pulled along at a snail’s pace. It’s also filled with a forgettable cast that do a commendable job with their voice work but none of whom will stick in your mind. Even Rico himself is only memorable thanks to the three previous games of which he serves as protagonist.

Like Just Cause 3, Just Cause 4 has you traversing the tropics of Solis in action hero fashion using Rico’s grappling hook, parachute and wingsuit, all of which combine to make for some breathtaking methods of transport. There are vehicles too, more than there were in JC3, in fact; however, like in that game, they drive like crap in this game. They are all affected with atrocious handling that makes each vehicle, big or small, a serious chore to drive. Thankfully, the air vehicles, such as planes and helicopters, aren’t as bad. Planes can be nauseating as the world tilts quickly, but skilled players will surely be able to keep this under control. Helicopters handle just fine. Still, the majority of your time will be spent using Rico’s wingsuit and parachute, they both are fantastic fun to use to get from point A to B and are extremely easy to control. 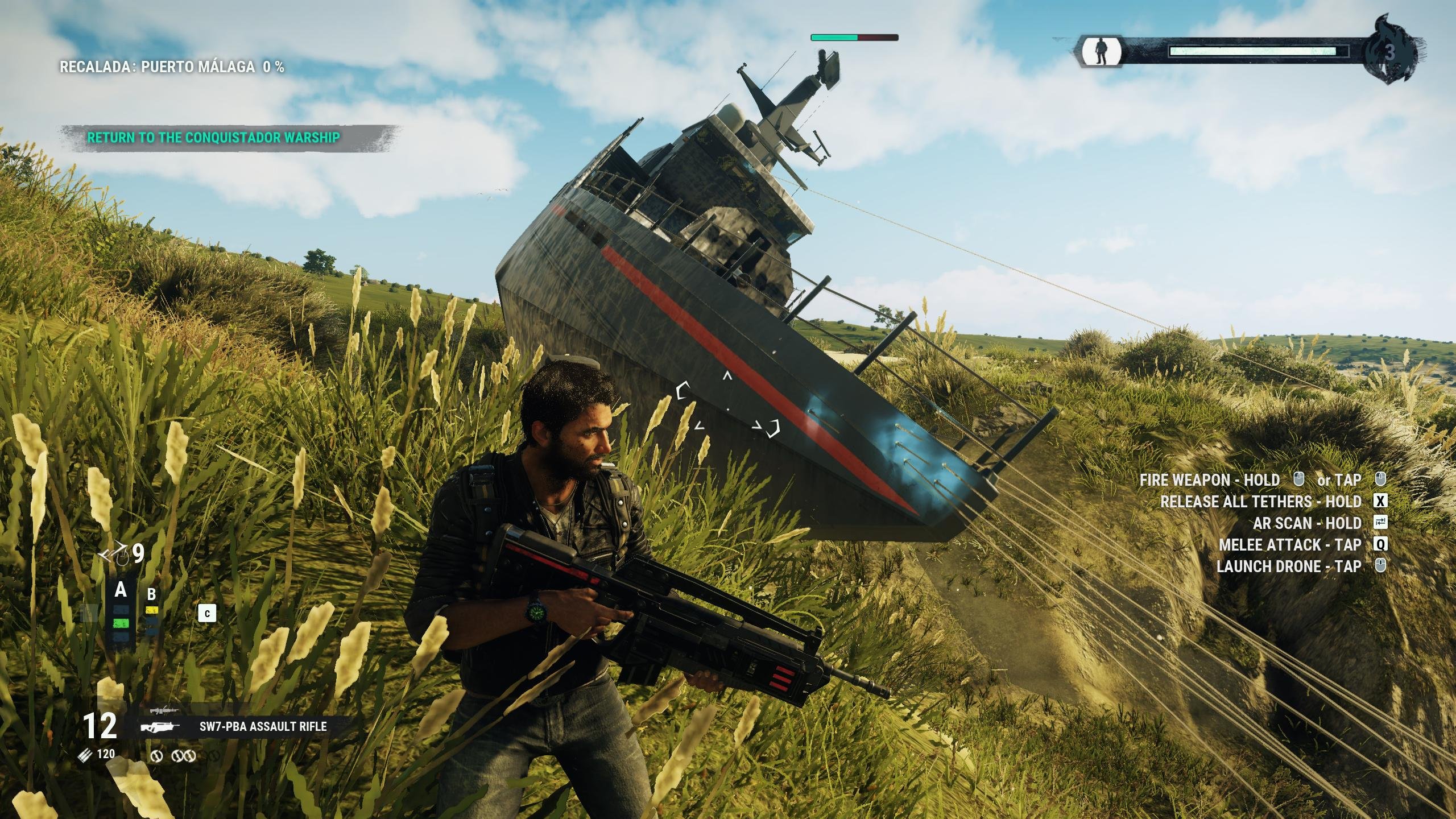 Rico has some new tricks up his sleeve this time around, which all make interesting and welcome changes to his tether system. Like seen in the last game, Rico can still use his rope tethers to pull two environmental items together. He can still tether a pursuing vehicle to the floor to cause the vehicle to flip uncontrollably. He can still tether an explosive barrel to a fuel tank to create a spectacular explosion. This time though, the tethers are fully customisable. The first missions of the game will guide you into unlocking Rico’s new ways of tethering, like the new balloon tethers that act similarly to Metal Gear Solid V’s Fulton recovery system. Attaching a tether inflates a balloon that rises as soon as it’s attached. Multiple balloons can raise enemy soldiers, vehicles and even huge structures off the ground, causing them to rise to the sky. Upgrading this system using upgrade points rewarded by completing the million side quests (more on this later), can allow you to choose to make the balloons rise at an aggressive rate, blow up rather than just burst, allow you to control where they float and more. This can create some of the most unique explosive chain reactions ever seen in a video game, and it’s so much fun to play around with it. Combine these things with the new fully customisable booster tethers, and you can make your own zeppelin of doom. 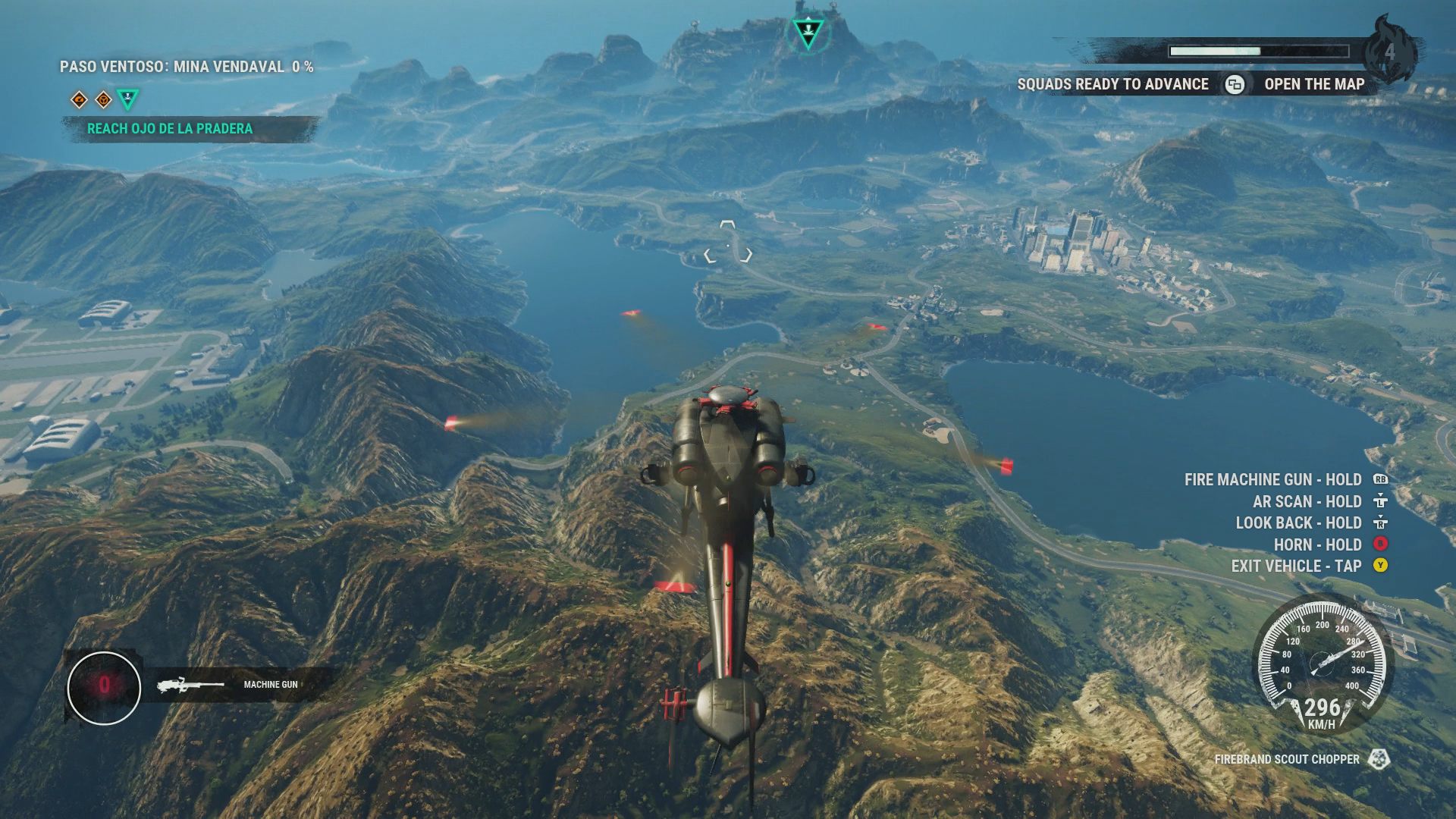 Rico’s arsenal of weapons feels punchier and meatier than ever before. Each gunshot carries weight to it, which makes the gunplay in Just Cause 4 the most satisfying of the entire series. New additions such as the wind gun can be used to slam enemies into walls or make them just fly away in spectacular fashion. Each weapon has a secondary function: assault rifles have RPGs, scout rifles carry deployable drones and LMGs have foldable shielding, turning them into a full-on gun emplacement. You can also jump into AA guns and Flak to disperse pestering aircraft. Sadly, the C4 which we had tonnes of fun using last time is no longer here.

So, as mentioned before, there is a ridiculous abundance of side missions here, but none of them are lengthy affairs. Wingsuit missions, speed traps and aircraft missions all require you to fly or drive a particular vehicle through a series of rings. The wingsuit ones only require you to fly through 3 or 4 rings rather than completing a full course, and speed traps only require you to shoot through a single ring using the required vehicle. It’s dull and boring, but to upgrade your equipment, it’s sadly required. Then you have the main story missions, which are unlocked after liberating a section of Solis by filling up a chaos gauge, identical to Just Cause 3. Causing harm to enemy structures fills it up, and when full, it inspires people to join your newfound “Army of Chaos”, which is used to advance the front lines and, in turn, unlock missions. Sadly, the missions are mundane and unoriginal, never straying away from the standard tropes of escort and protect missions. With mechanics such as the cool new tether system, you would think that missions would encourage more creativity, but this is not the case. Drive here, kill these soldiers, activate this console is as exciting as the missions get here, a prime example of the franchise desperately needing an overhaul. 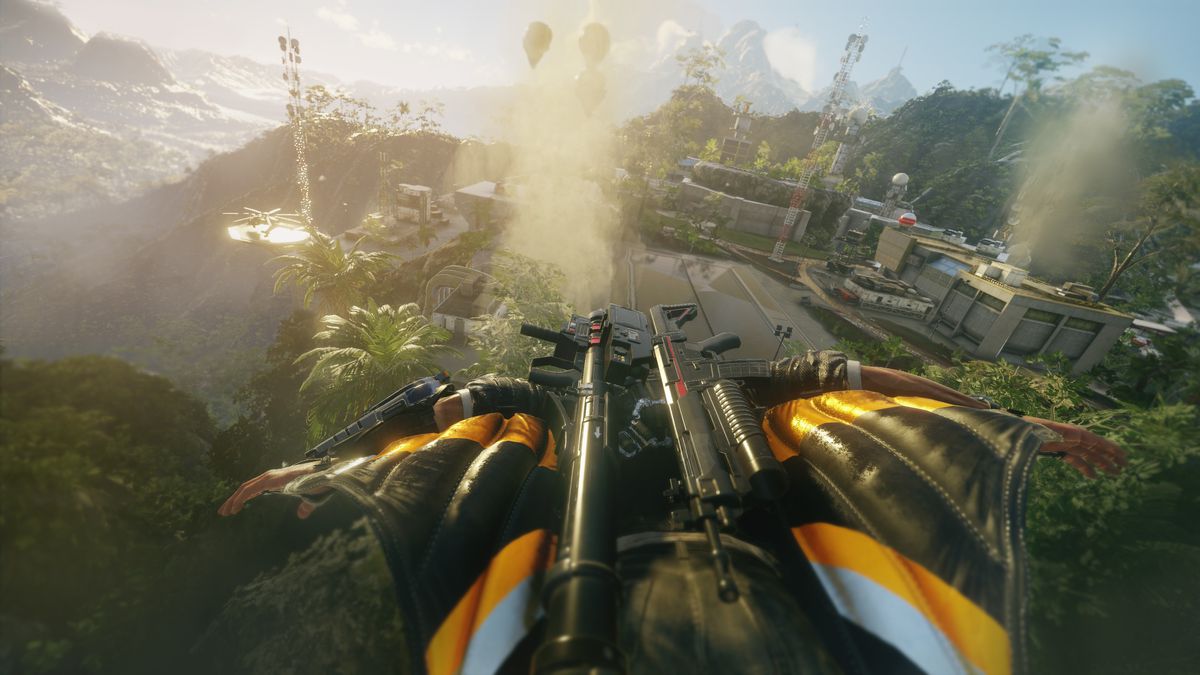 The unshackled physics means glitches galore. Inconsistencies are hard to ignore. Birds will stop dead in their tracks in the sky, grounded planes will suddenly point upwards and surfaces will warp as you move the camera. Although none of this affects gameplay, it’s an ugly sight to see, so too are the enhanced but rough visuals, like the robotic facial expressions, black hair looking white at times because of the inconsistent lighting and the choppy frame rate in cutscenes. 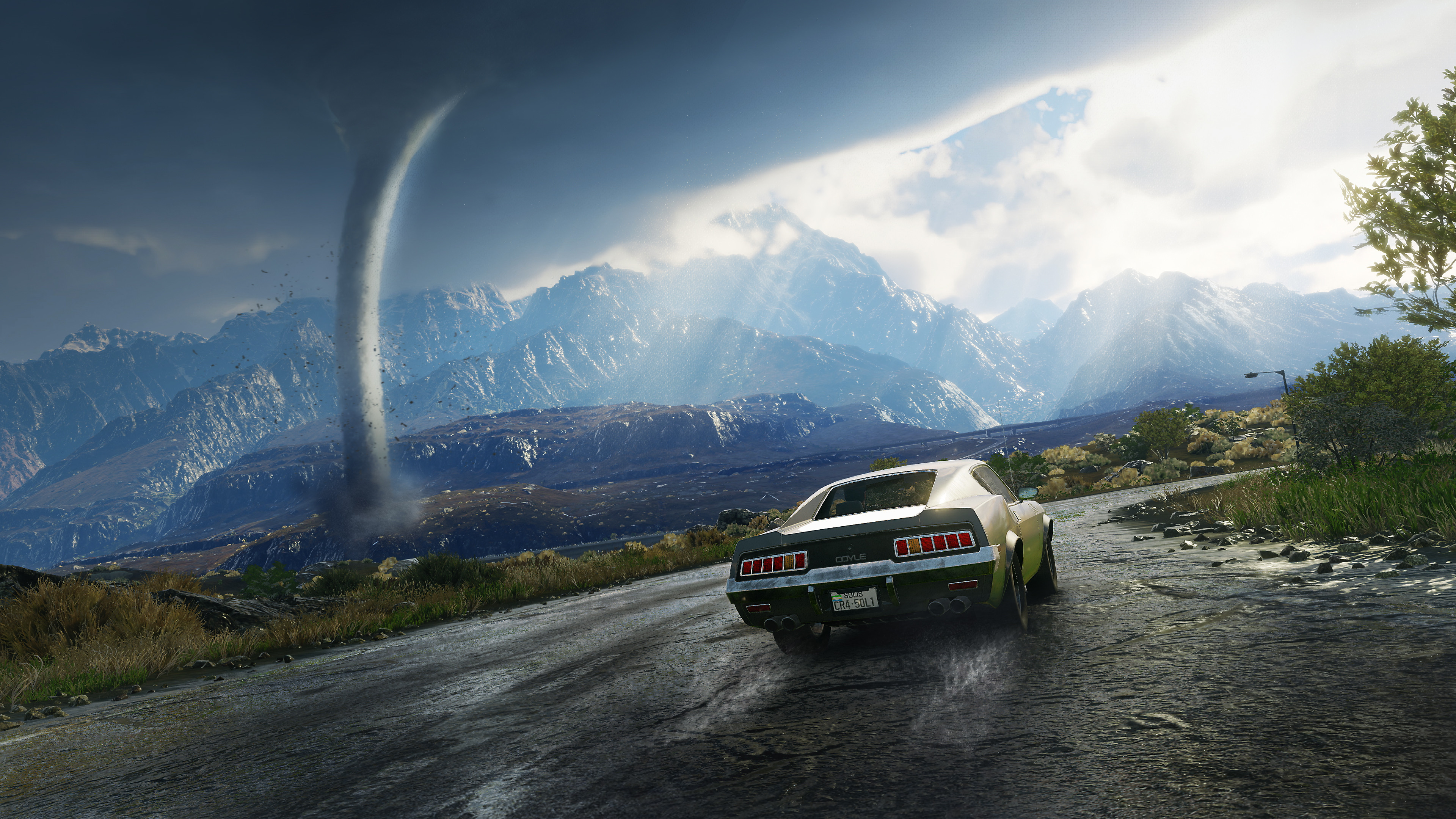 A true moment of praise for Just Cause 4 is its extreme weather features though. Lightning storms and the awesome tornadoes are excellent to experience. Flying low to avoid being struck and dodging flying vehicles swirling around the twister are some of the best moments within this game. Sadly though, it takes a long time to see these for the first time, and they can’t be activated at will. 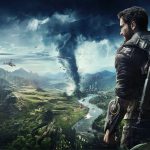 Just Cause 4 adds some cool new features, such as an inventive tether system, awesome extreme weather and punchier weaponry, but it doesn’t hide the boring story, forgettable cast, endless glitches and messy graphics. This series desperately needs an overhaul. 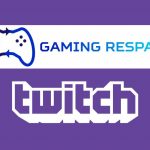 Gaming Respawn Is Now on Twitch 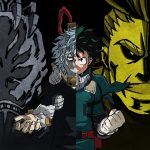