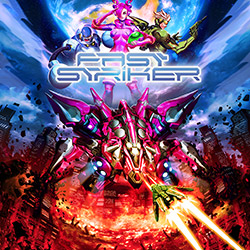 Fast Striker is a fast-paced, vertical scrolling, arcade style shoot-em up. Developed by NG: Dev.Team, whose focus is mainly on the Dreamcast,and Neo-Geo, of all platforms, and published by eastasiasoft, Fast Striker was originally released on said platforms back in 2010. This game is a real treat but fizzles out quickly. 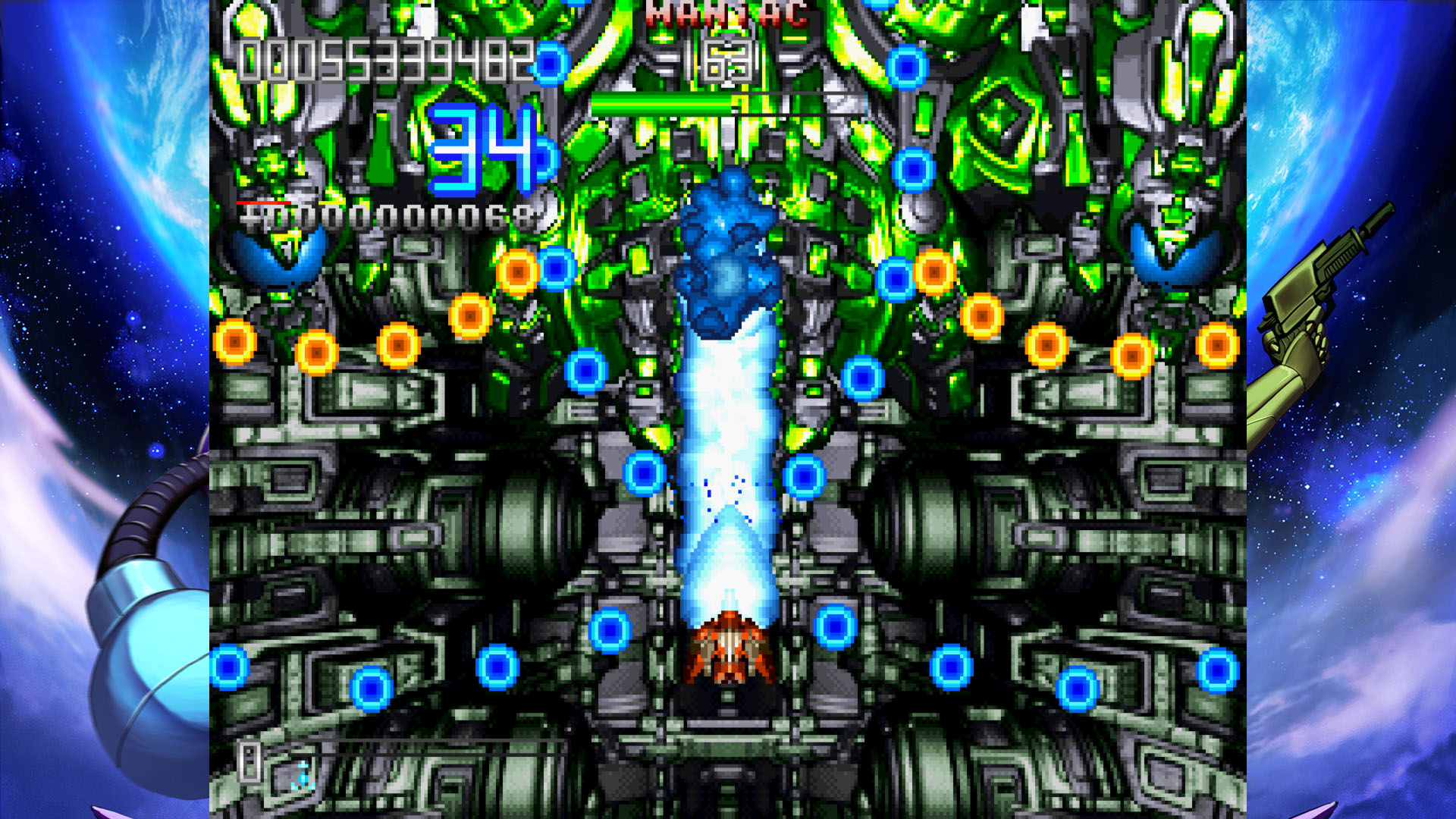 The game’s main focus is to try and blast away as many enemies in as short a time as possible. Fast Striker is pretty much a one trick pony, and the controls are very limited. There is your normal attack, which the player pretty much just holds down the assigned button for the whole time. There is also the option of a rear shot, which feels like it’s mainly just there for looks, and there’s also the option of the strike shield, which grants invincibility for a short period of time.

The boss battles at the end of each stage were all very unique and interesting in their own way. They made it seem almost worth it to slog through the individual stages that all felt too similar to one another. Speaking of stages, there are six of them in total. That’s just the perfect amount for a game of this type. 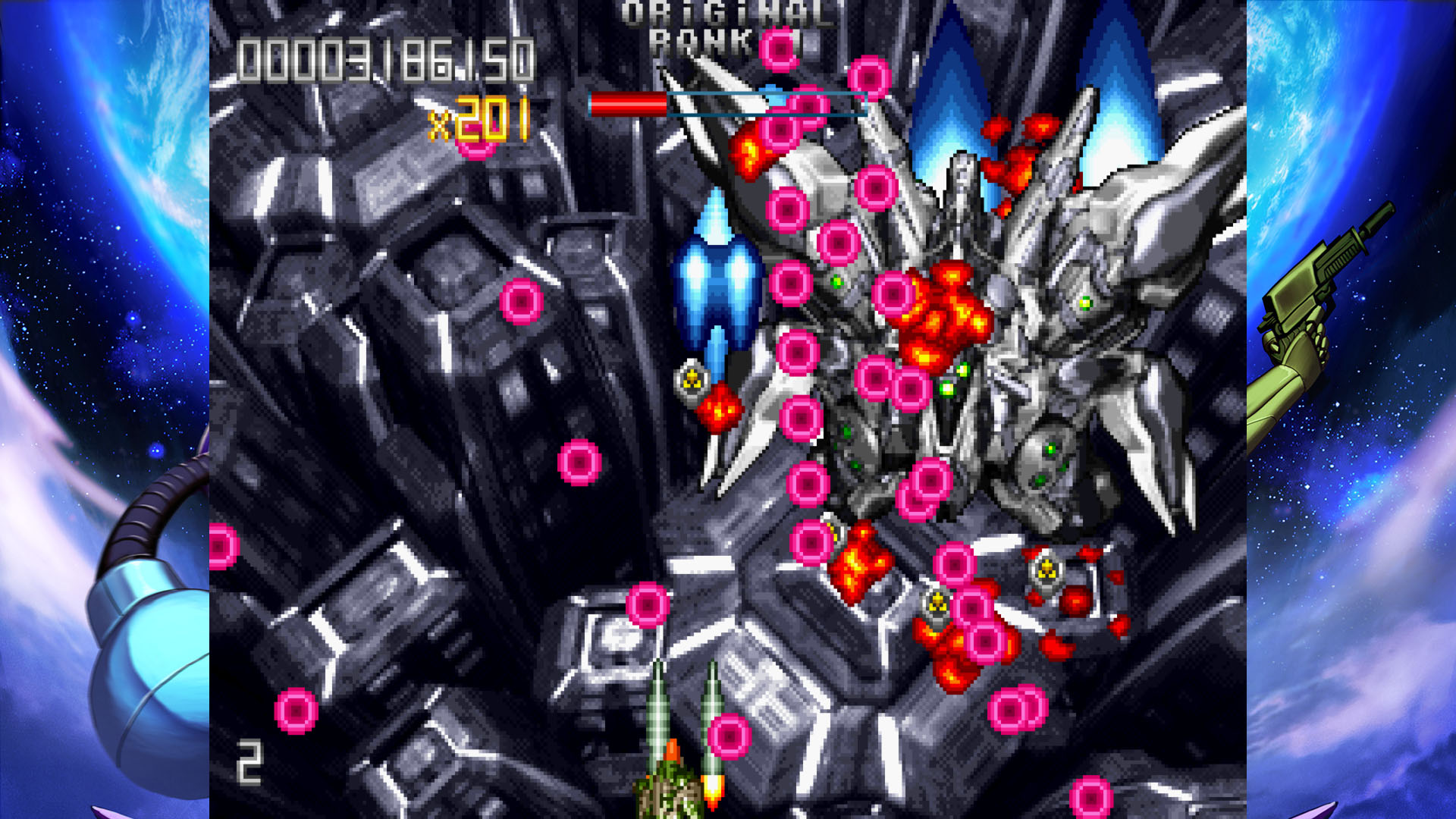 Retro ports/remakes seem to be a popular trend right now, and I’ve enjoyed a good amount of them, mostly for the fact that the developers put in some extra goodies for fans of the franchise to enjoy. Unfortunately, the most Fast Striker gave me were a few different wallpapers to choose from, and that is it. The game is based around trying to get a high score, so at least give me a leaderboard or something to compel me to come back to this game.

The game does mix it up a bit with four difficulty settings: Novice, Original, Manic, and Omake. The first three actually change your ship and the type of gun said ship uses. The last two modes use a different scoring system to up the ante a bit, and if you were good enough, you got to face the true final boss. Oh yeah, speaking of good enough, one of my main issues during gameplay is that I never really knew when I was about to die. Hitting other enemies directly is instant death, but not knowing how much damage I could take without knowing how much shields I had left was extremely frustrating. 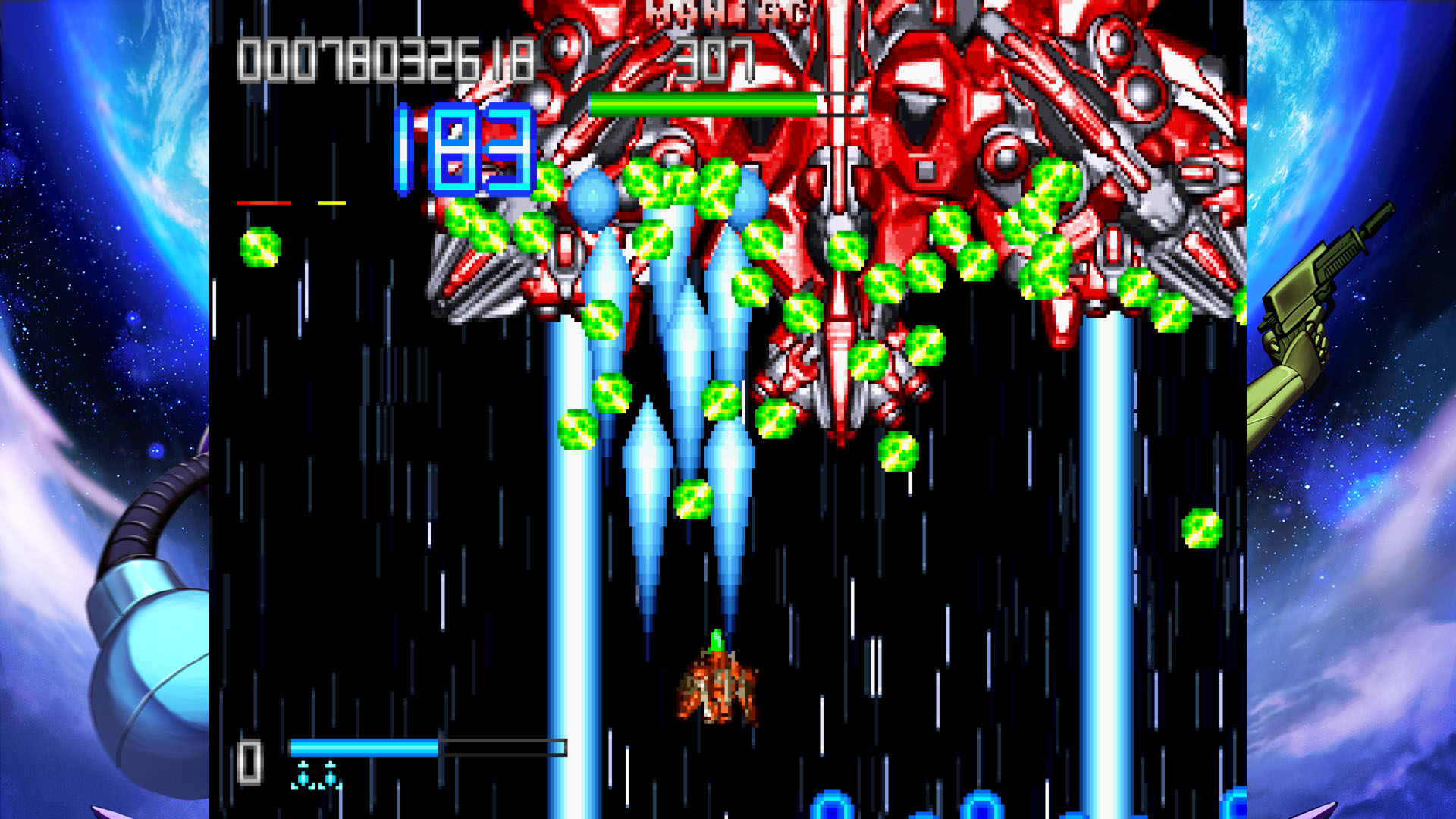 As far as graphics are concerned, Fast Striker had no problems taking me back to the 16-bit era. The color palate is very diverse and appeased the eye very frequently. Even with a multitude of colors, the backdrops themselves did not impress. It all felt like a generic sci-fi setting. Nothing to really up the bar. The music and sound were just like what’d you expect: retro music with various sounds depending on which gun you were using, and the music got more intense when a boss battle was happening.

Overall, Fast Striker doesn’t bring anything new to the table. If you enjoy blazing speed shoot-em ups, then this game will fall right into your wheelhouse. If you’re looking for something new or to at least hold your attention for a while, then I’d have to point you to something else. 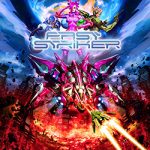 Fast Striker doesn't bring anything new to the table. If you enjoy blazing speed shoot-em ups, then this game will fall right into your wheelhouse. If you're looking for something new or to at least hold your attention for a while, then I'd have to point you to something else. 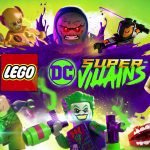 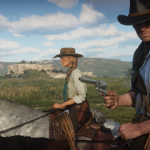 Is There a Hidden Reference Towards Overtime in Red Dead Redemption II?