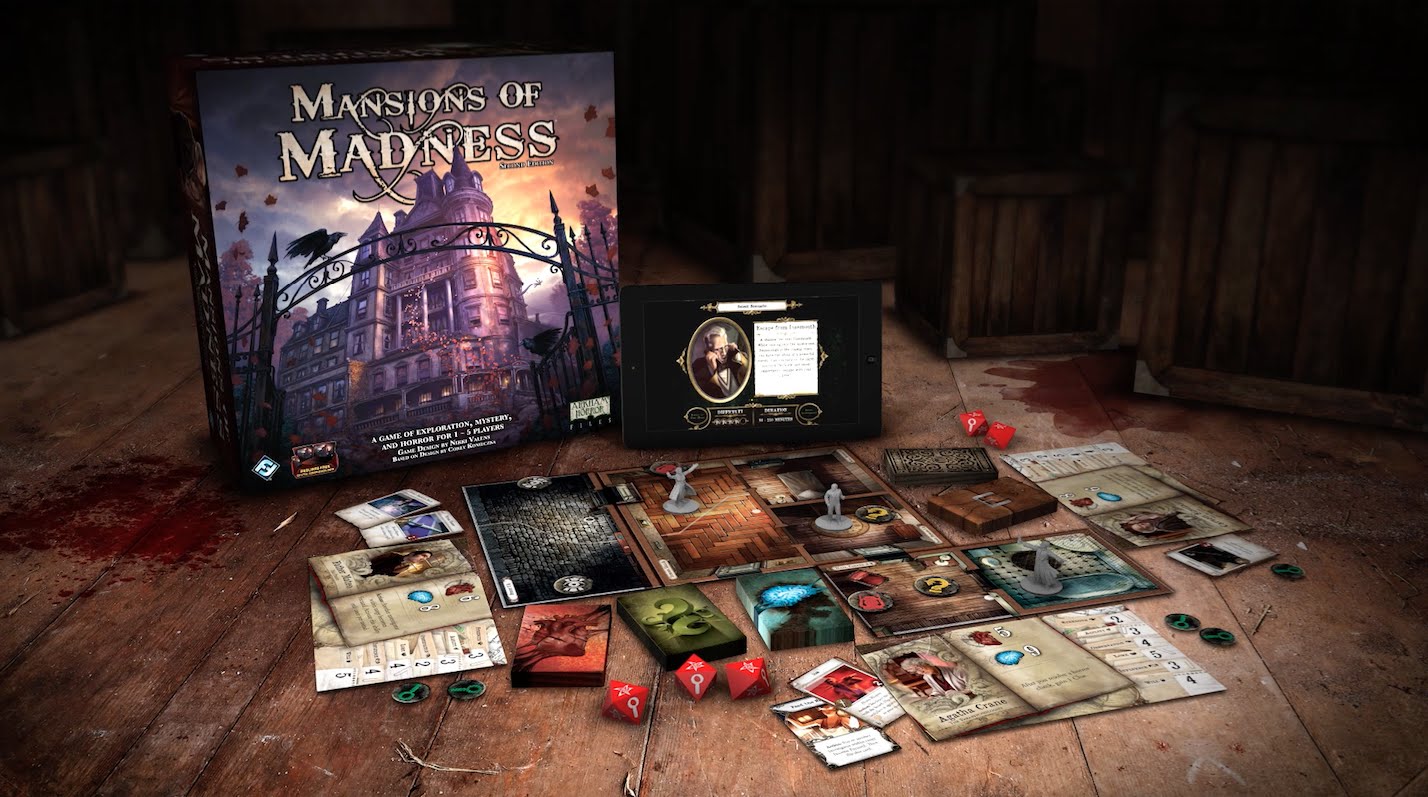 Thick tendrils of fog creep slowly up a cobblestone street. The sound of shuffling, dragging feet echoes off of the high walls of the enclosed little town. In the darkness of a dingy inn, a deranged cult sings to the old gods, and in the cellar, the slime-covered tentacle of an ancient creature stirs in the gloom. If that doesn’t get you excited, or scared, to experience some true Lovecraftian-style goodness, then I don’t know what will, so let’s take a look at Mansions of Madness 2nd Edition.

Mansions of Madness 2nd Edition is an exploration-focused RPG from Fantasy Flight games and is an instalment of the now longstanding Arkham Horror Files series of games. It features a number of investigators who must solve a mystery and survive the horrors of the H.P. Lovecraft-inspired eldritch world. On your journey you will fight monsters, solve puzzles and try to survive against impossible odds.

The theming of the game is pretty incredible. Everything from the artwork to the environment design ties together and gives the game an otherworldly feeling, even while the levels are set in mundane surroundings. Despite its name, not each scenario takes place in a mansion either, they range from the titular houses of insanity to small towns and pretty much everything in-between. 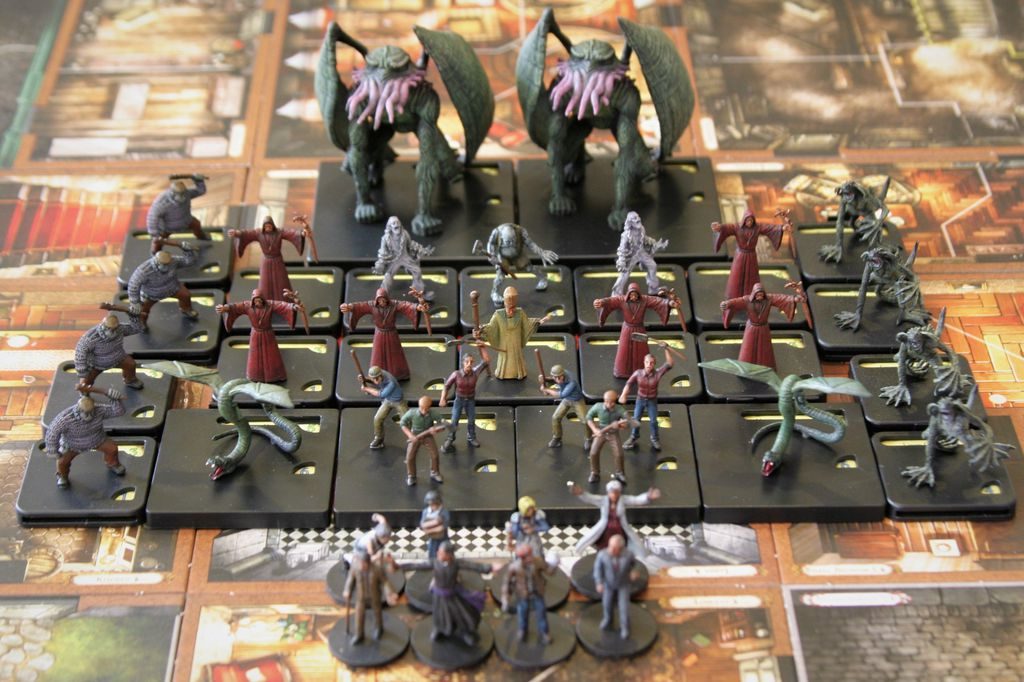 The Changing Face of Tabletop Gaming

The second edition of Mansions of Madness marks another step on the interesting experiment that certain board game companies, Fantasy Flight in particular, have been performing for a little while now: app integration. As well as having all of the pieces that come in the box, from character figurines to room tiles, you also have to download an app on a compatible device.

You can get the app on a PC, a smartphone or a tablet, and it is literally necessary to play the game. As you start a particular scenario, you have to select the characters who are taking part, and then the app lets you know what items are required to play and then reads you the introduction with some pretty damn good voice acting.

Obviously, this does create some complications to take into consideration when buying or playing the game. As well as space for the various game pieces, you’ll also need space for a device to run the app, as well as access to such a device, but it also does come with some benefits. The main one is that no one actually needs to keep track of the monsters or play against the rest of the players, and it also allows a person to play the game solo which, as always, is a nice touch. It also does mean that you don’t have to have a space for decks of cards that contain the different pieces of dialogue for the different missions that you’ll go on as well. 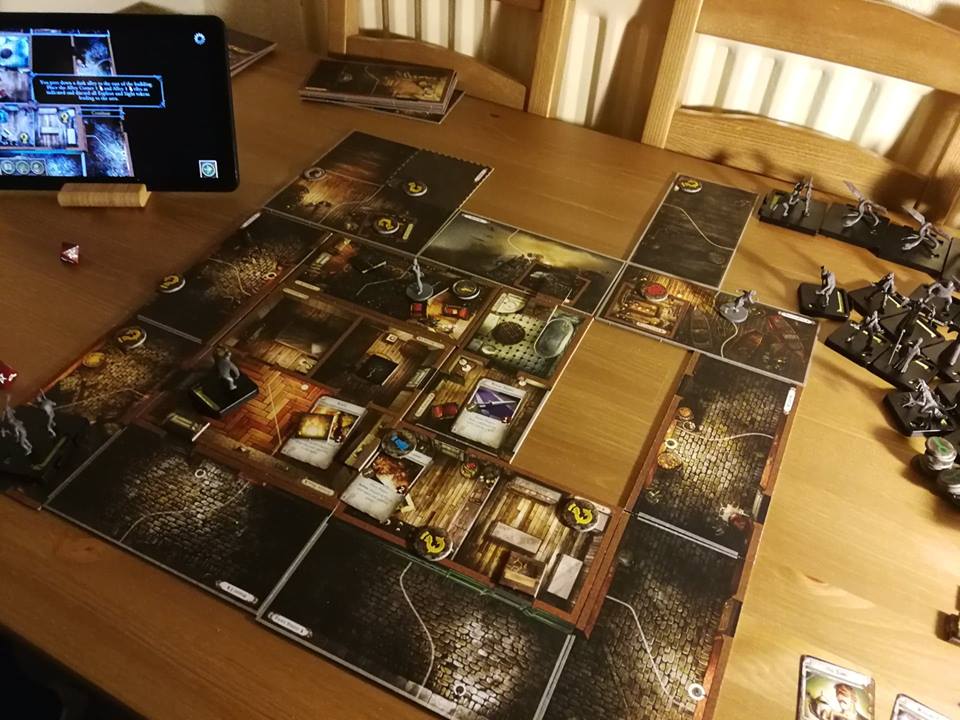 Into the Belly of the Beast

The core gameplay of Mansions of Madness is pretty much the same as the first edition. You and your team explore a location with a specific mission in mind, though it is not always clear what the mission is when you start the game. You must explore as much of the location as you can and encounter clues and other characters until you solve the mystery and save the day. Of course, that is only true in the best case scenario, and it is much more likely that you’re going to end up being ripped apart into a thousand pieces and stuffed into the gullet of a many-fanged beast from beyond the stars, but hey, this is Lovecraft, after all.

During each mission you have a variety of different items, weapons and spells at your disposal to help you take on your opponents and ultimately save the day, if you’re lucky. Each of these items is either handed out at the beginning of the missions or picked up and found on-site. You also come across mission-specific items, like evidence or keys, which are required to complete certain objectives or to actively complete the mission. You find these items by interacting with different points across the map which will either reveal new sections of the map, further the objective, give you an item or change something about how the game works. You also have to bear in mind that each mission is on a hidden timer, so every single second counts when exploring your current location.

Each of these different missions is semi-random as the layout and items are mostly different each time you play the game. There are always some similarities, like the actual mission you are attempting to accomplish or the people whom you will interact with, but these changes do help each playthrough feel distinct. Things also have a way of changing around depending on the different investigators you choose to play as. 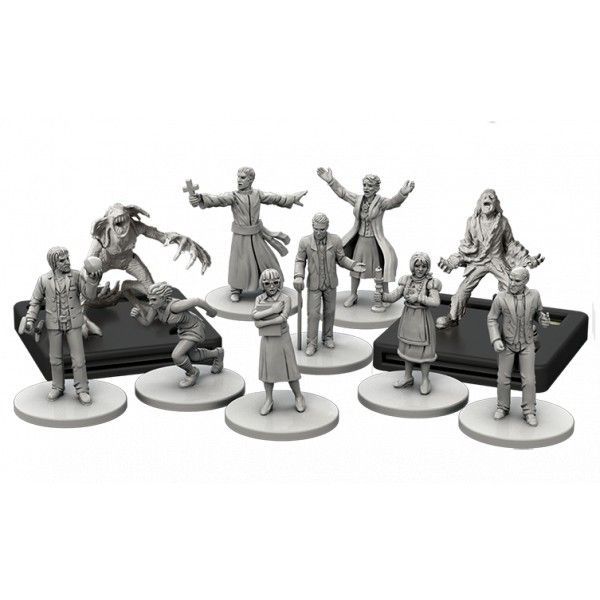 This hidden timer really bears down on you and adds to a feeling of oppression and insanity, which fits well within the Lovecraft universe. You never really know how long you’ll have left before the world comes crashing down around your feet or when some unseen horror will burst forth from a world beyond the realms of human comprehension.

This is probably one of the app’s biggest strengths. As well as holding all of the interaction dialogues within it, it also keeps track of certain enemies who can disappear from the map and reappear just when you least expect it, sometimes right on top of you if you’re not careful. It really does make the game and all of the characters feel more alive when you don’t have a human being sitting their and controlling all of the pieces in front of you.

On top of all that, the app also allows for certain puzzles that just wouldn’t have been doable with a physical only game, at least without making it prohibitively expensive. There are some puzzles that bear similarities to mastermind, some puzzles that emulate things like slide puzzles and others that require you to rearrange strange eldritch symbols, all of which are beautifully rendered in the app.

This doesn’t mean that all versions of the app are perfect, however. With the Android version, there have been several times when the app took an inordinate amount of time to load before the game could begin, and on the Steam version, the narration sometimes doesn’t play at the beginning, which does distract from the story a little bit.

From Digital to Physical

Fortunately, not everything in the game is controlled or contained within the app, and the game does come with several very well sculpted figurines. You get 8 different investigators to control, each with different designs which go along with their personalities and special abilities. You also have a whole slew of monsters and horrors to cower in fear of in the dark corners of the night.

The figures do look pretty good, and once painted, they have a surprisingly realistic quality to them. There are, however, some slight design or production issues with some of the figurines and their bases. Like a lot of games with large numbers of miniatures, they have several bits of sprue sticking out of them that need to be cut off before any painting can be done, or even if you just want the figures to look their best.

As well as that, their a slight issues with some of the bases. Most of these issues come from some of the changes that were made for the second edition. Because the monsters’ health levels are tracked by the app, the cards that display their artwork and health are now slotted into a hole in the base, which covers up most of the artwork, and that’s a real shame. On top of that, some of the sprues and machining issues can make it hard to either slot the card into the base at all or to get it to stay in place once you put it back into the box.

The only remaining issue is that the game only comes with 4 scenarios out of the box, and you have to pay for more of them as DLC in the app. Obviously, this isn’t realistically a problem, and lots of games come with a similar number of missions included, but it just feels wrong to be paying for DLC for a board game. Perhaps this is just something that as tabletop gamers we will have to move past as the worlds of tabletop and video games collide, but for now it remains a strange quirk of these dual video/board games that they can be constantly upgraded and expanded through digital means. 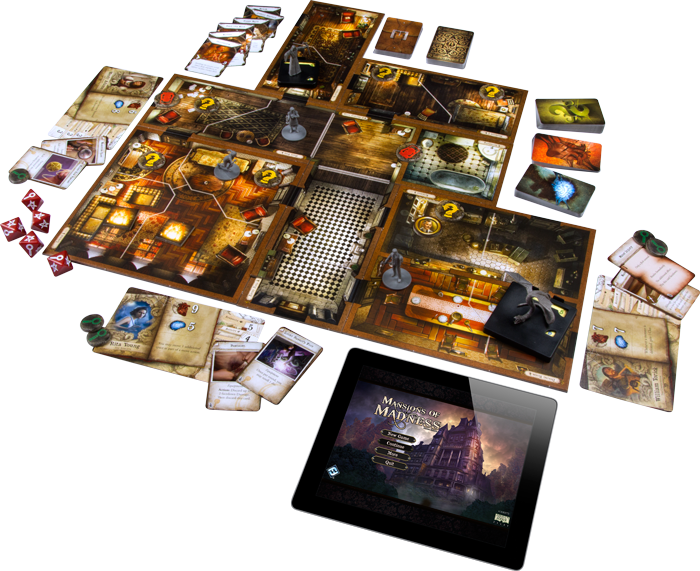 The Dawning of the Sun

At the end of it all, despite all its issues, Mansions of Madness is an excellent board game, and due to the way that each mission ends up playing out differently, it has a ton of replayability despite only 4 missions being available. The stories are great, the app integration works well, and if you really feel like there’s not enough going on, you can always pay for the extra DLC.

Find your very own copy of Mansions of Madness: 2nd Edition HERE or find your nearest games store HERE 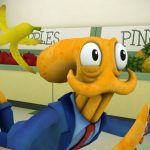 7 Strangest Games That Were Actually Released 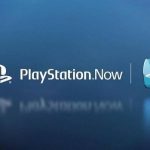 Rumour: A Download Option Could Be Coming to PlayStation Now