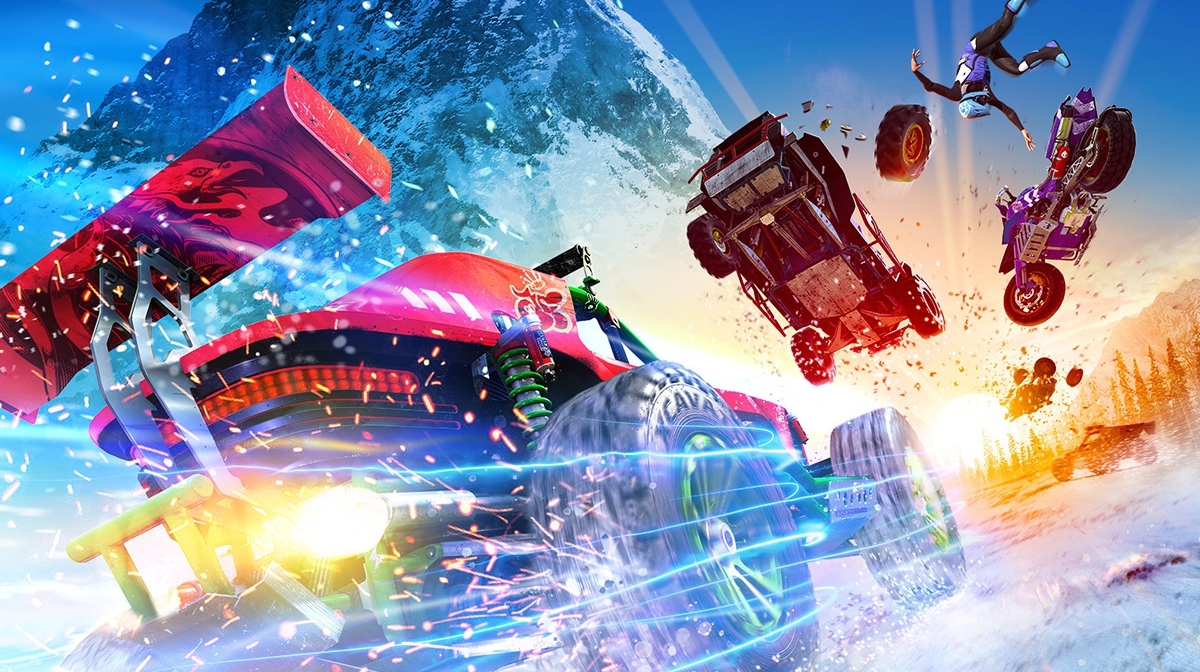 So, if you take a fresh slice of Motorstorm, inject a healthy dose of Burnout and sprinkle on some Overwatch, the result would be Onrush, the brand-new game from legendary developers Codemasters. It takes competitive vehicular combat in a whole new direction. I’m not talking about cars with guns here but vehicles with unique attributes and their own sets of strengths and weaknesses. From its very announcement, I was intrigued, it looked like an off-road Burnout with its emphasis on taking out opponents on dirt tracks. I wasn’t disappointed.

Onrush is deceiving to look at on a store shelf or any digital eShop listing. Its logo looks like it could be just another racing game, but it couldn’t be any further from the truth. This is no racing game, sure there are tracks that lap around, but there is no finish line, instead you choose a vehicle type and compete in one of four event types. That’s probably my main complaint, the lack of modes and events, but that doesn’t take away the excitement and unpredictability of each battle, which in turn, keeps you coming back for more. 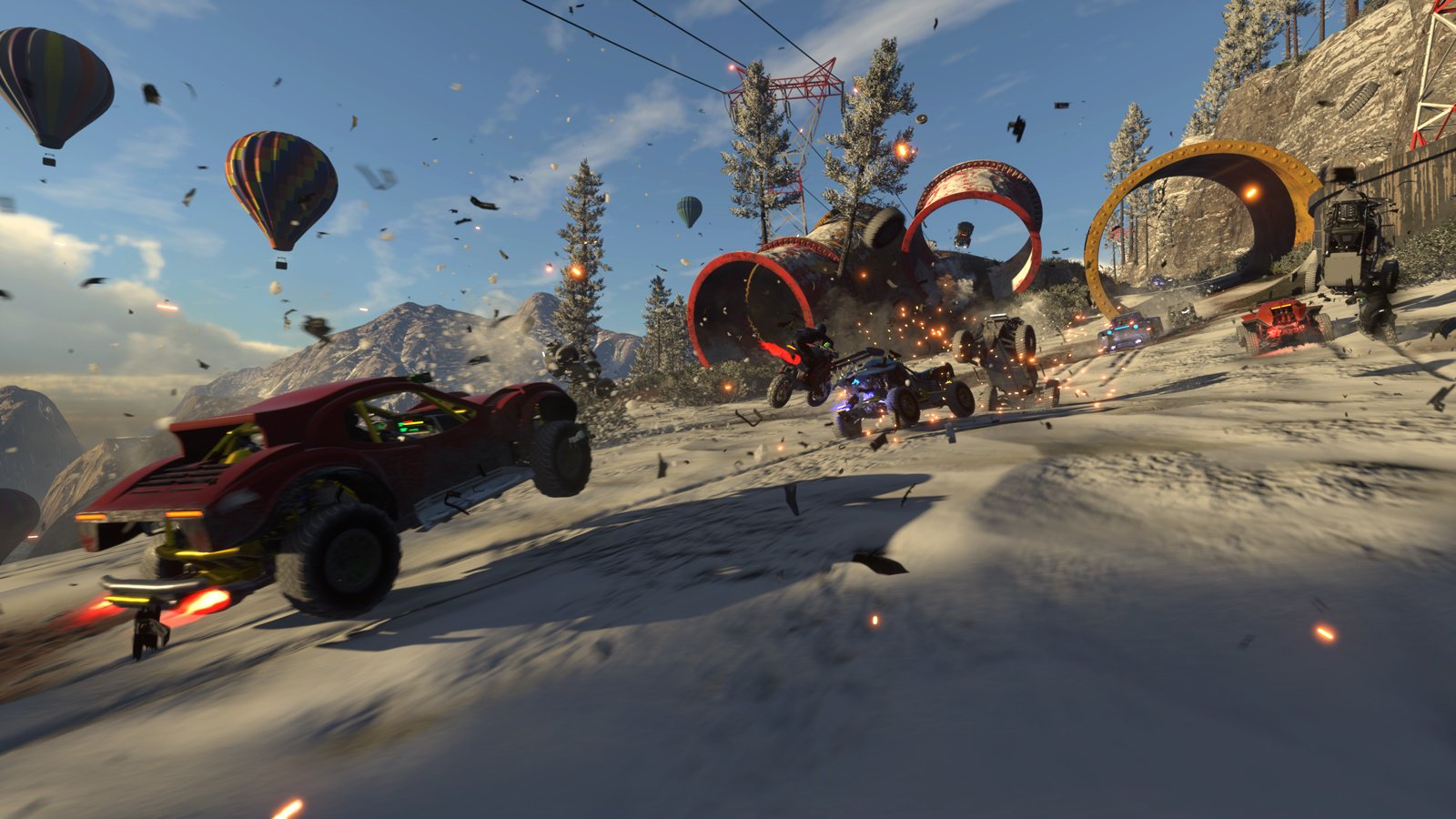 Boosting and performing each vehicle’s unique way of gaining Rush fills up your Rush gauge. Once filled, activating Rush emits an aura around your vehicle, which in turn makes you faster and allows you to take opponents out with ease. Every vehicle has a different ability that activates alongside Rush, such as boosting nearby teammates’ defence or having a bigger aura that makes it easier to hit opponents. The Rush ability adds a dimension of strategy to Onrush, as does boosting. But how, I hear you say? Well, it all boils down to the ridiculous number of jumps in each track. Activating boost in mid-air pulls you to the ground faster, crushing any unsuspecting foe below, and activating boost just as you land gives you a jolt of speed.

Onrush keeps the action flowing by keeping all 12 competitors together at all times. Remember, this isn’t a game about who can get first place, you’re constantly battling, so the game counts down when you fall behind or struggle to keep up to warp you back into the thick of it. It’s constant action, and it’s all the more awesome for it. 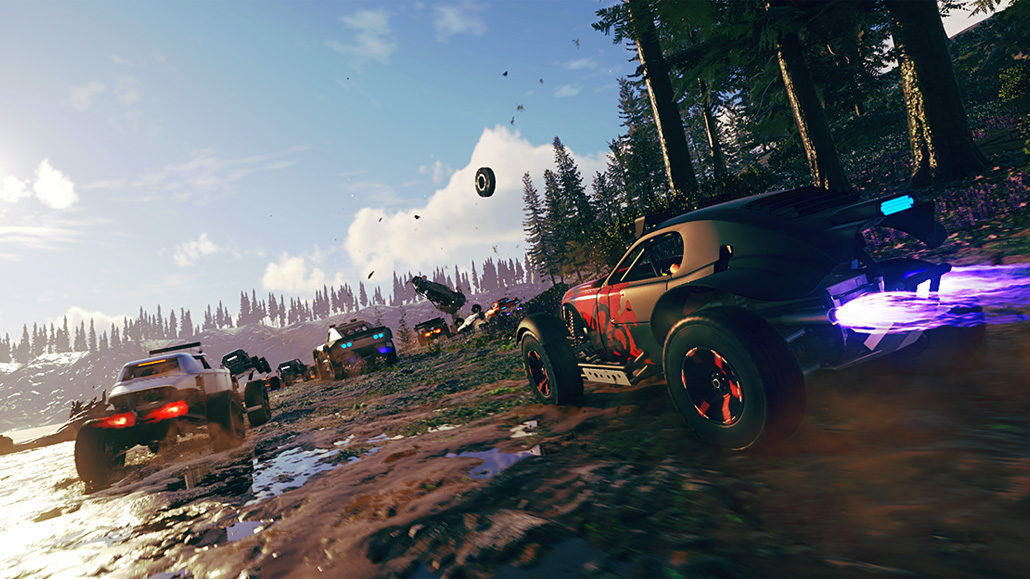 The events are perfectly designed to keep the carnage rolling. Overdrive keeps the pace fast by making you and the opposing team boost to score points; first to score a set amount wins. Countdown is a slalom-type event in which driving through gates keeps your team’s time up, which is constantly counting down; first count that drops to zero loses. Lockdown is like a rolling version of Call of Duty’s Headquarters mode as the two teams fight to control a zone on the track, and lastly there is Switch, where you begin as a motorcycle with three lives, and losing a life forces you to switch to the next vehicle; first team to lose all their lives loses. There is enough variety in the matches to keep things exciting, and the single-player campaign mixes them up, creating 100 variations of events to play through. Each event in the campaign has its own set of bonus objectives too which, upon completion, rewards you extra experience points that goes towards levelling up and gaining loot boxes, identical to Overwatch. 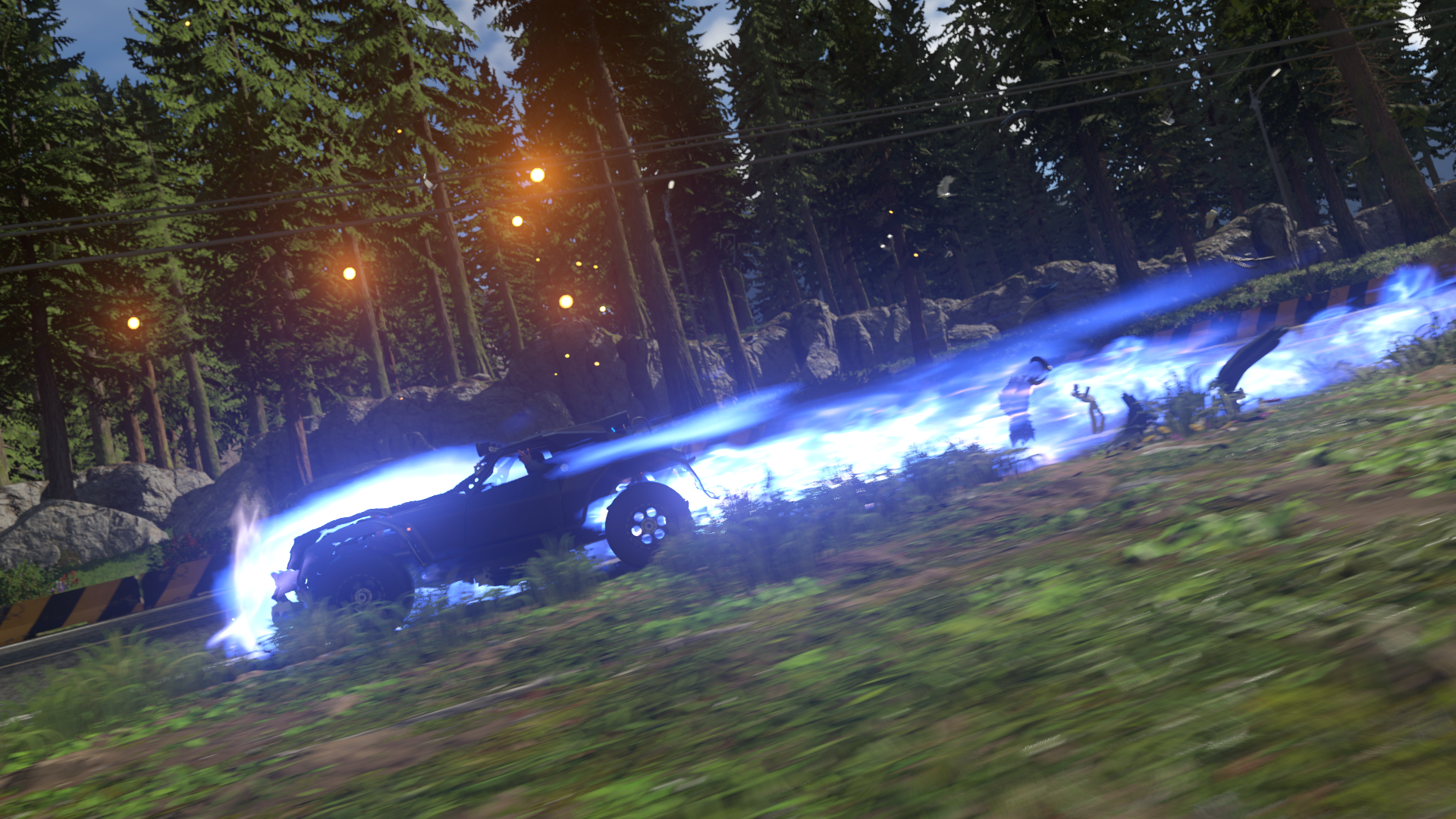 The eight vehicle classes are perfectly balanced, and each has their own set of abilities. The bike classes, Blade and Outlaw, may be weaker than the rest, but with abilities such as gaining Rush by performing tricks and a Rush ability that leaves a trail of fire behind that takes out all who drive into it, they are a force to be reckoned with. Going up the strength ladder brings us to Vortex, a buggy that gains Rush by performing barrel rolls and has a Rush ability that leaves a trail behind that forces vehicles aside. Then at the opposite end of the scale to the motorcycles, we have Titan and Enforcer, ideal names for Onrush’s big rigs. Playing as either one of these guys gives you strength with some serious weaponry at your disposal, such as Rush abilities that blind opponents or leaving blockades that slow people down, but playing as these comes at a cost of poorer handling. 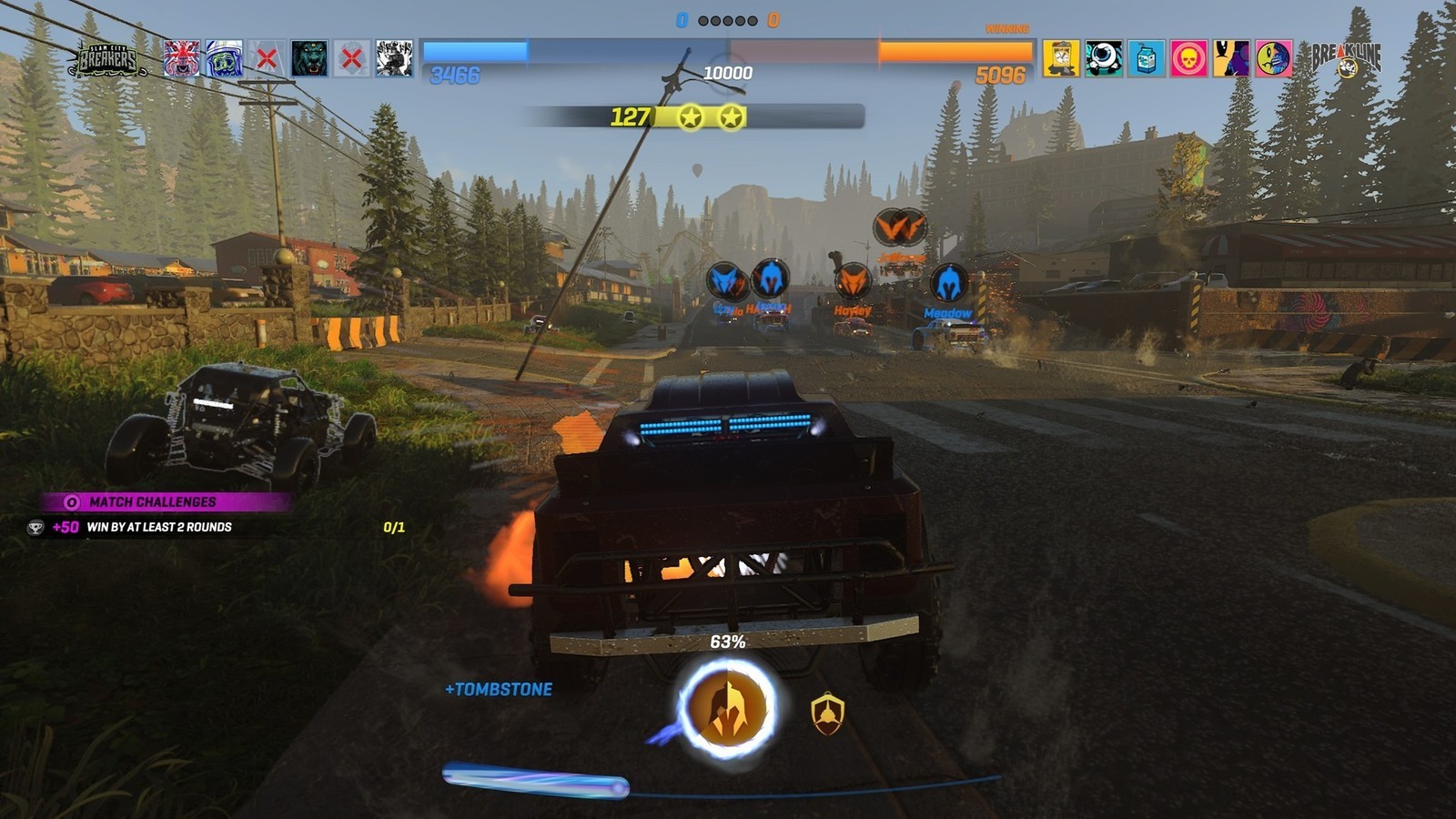 The tracks are nicely varied too, muddy hills, construction sites and even dams are here with a never-ending stream of obstacles to navigate and avoid. They are full of ramps to jump off of and dangers to watch out for. They look fantastic too, with loads of detail, that is if you’re going slow enough to sight-see. They play their part here, providing enough of an arena to fight in. The tracks loop until the event comes to an end, and hopefully future downloadable content will add more to the mix.

Onrush is a fantastic arcade vehicular combat game. If you want to race for first place, this isn’t the game for you; however, if you want to unleash your inner road rage beast, taking out all who enter your path, then this game will push all your buttons, with a hammerfist, hard. 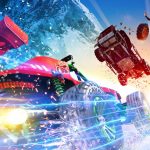 Onrush is a hell of a ride. Constant fast-paced combat and competitive event types really make this game great. If you’re a competitive gamer and sick of shooting games, then you need to play Onrush.

Our Thoughts on the Hitman 2 Pre-Order Bonus, Hitman: Sniper Assassin 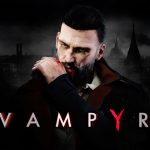