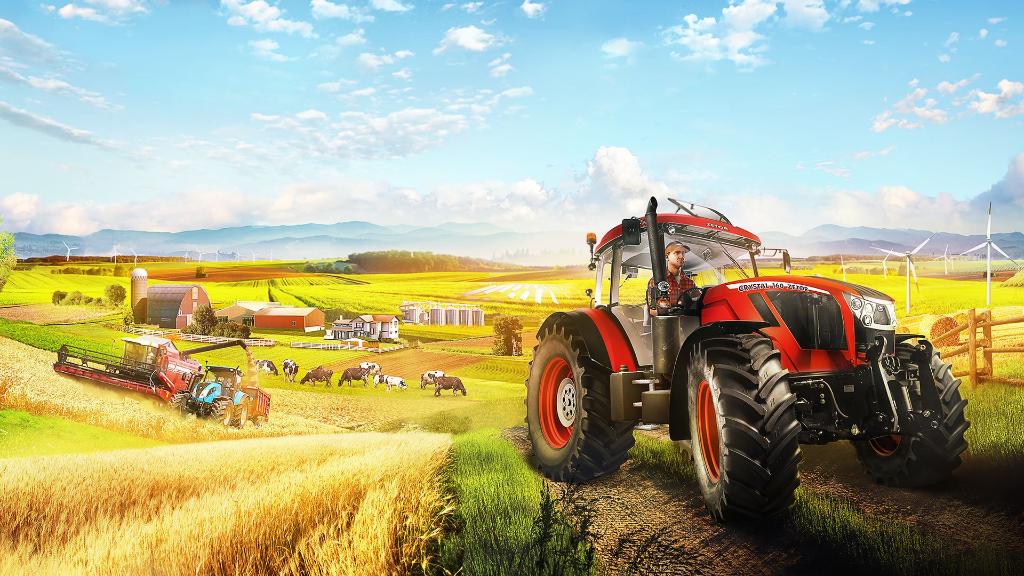 Initially at least, Pure Farming 2018 takes place in Montana. This Montana however bears little resemblance to the gung-ho insanity of Far Cry 5’s Hope County, the planes, cults and bloodthirsty bears are gone, replaced by tractors, combine harvesters, orchards, cowsheds, birds tweeting in the trees and the steady hum of heavy machinery. Welcome to the world of the farming sim, a genre that has a dedicated audience who love nothing more than building up their own agricultural empire.

The genre is dominated by the Farming Simulator series to such an extent that, for a long time, it’s basically had no competition. However, the market leader is in something of a fallow year – Farming Simulator 17 came out in October 2016, 19 is due at the end of this year, while last summer’s 18 was a mobile-focused offering that released on iOS, Android, PS Vita and Nintendo 3DS – and Polish developer Ice Dreams has spotted an opportunity to appeal to those farming sim fans desperate for something new. Pure Farming 2018 does however bring some new ideas to the table, with the main one being the ability to have multiple farms running at the same time across multiple continents. In addition to the sprawling Montana map, you can grow coffee and hemp in Colombia, harvest olives and make wine in Italy, and navigate rice fields and cherry orchards in Japan. The truly committed can also get the Germany DLC, which adds rapeseed and sheep herding to the equation. 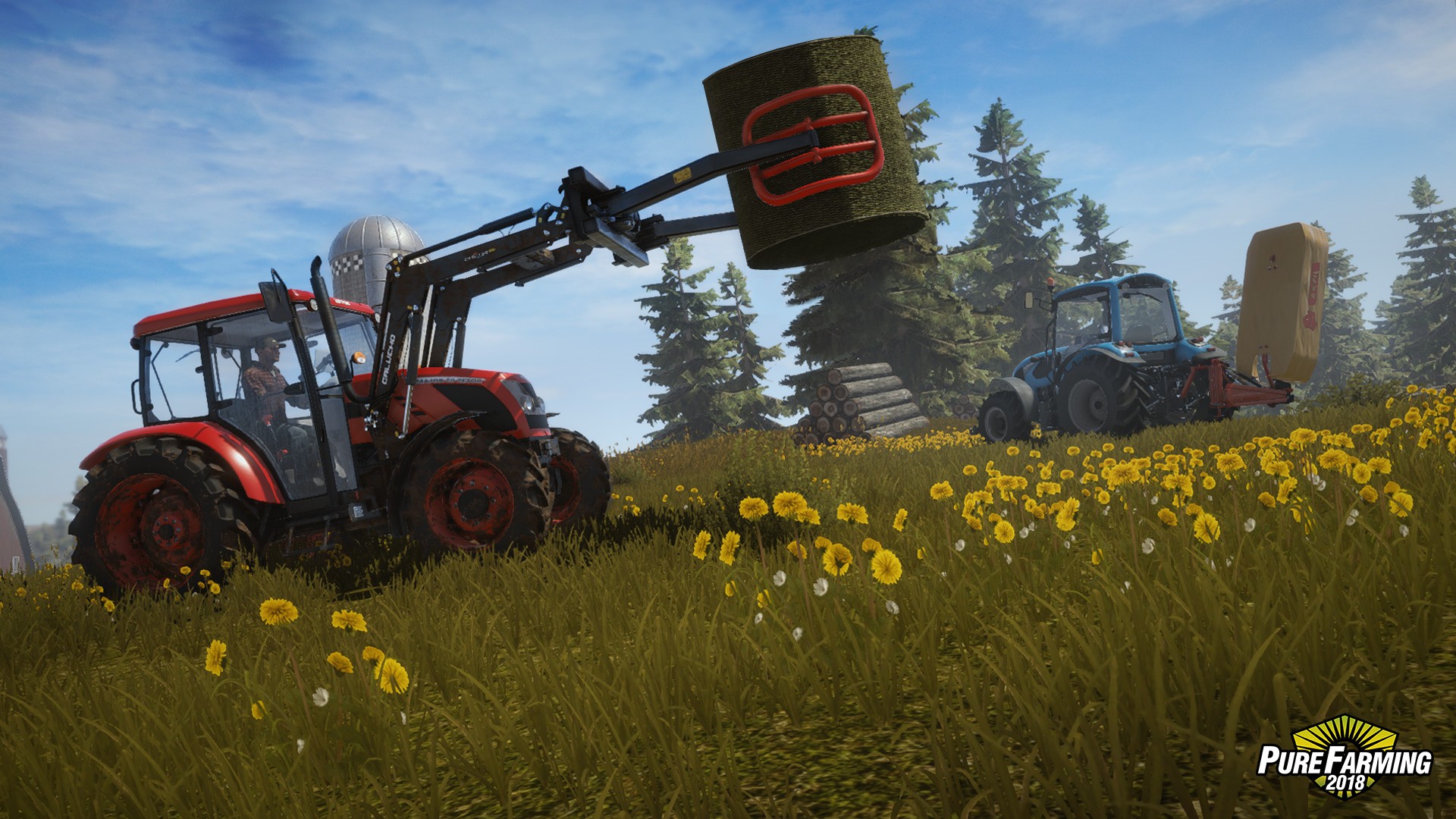 Experienced players looking for something more exotic than wheat and barley can dive straight into tackling tricky situations in far-flung locations in the Farming Challenges mode, or start from scratch in Free Farming. Most people though will start off in My First Farm, a tutorial-cum-career mode that, after a cliche-ridden cutscene, has you inherit a debt-ridden farm from your dear old grandfather and get to work turning a profit and paying off the debt. This mode does an excellent job of guiding beginners step by step through the game’s variety of agricultural options, first teaching you how to grow and harvest crops like wheat and barley, before moving on to animal care, growing vegetables in greenhouses, and solar power. All this information is conveyed through emails to the in-game tablet (accessed on the PS4 via a press of the touchpad), meaning that you only view the explanations when you want to and also that you can easily go back to a previous explanation. At first, ghost vehicles will tell you exactly where you need to place tractors, combine harvesters, trailers etc, with these quickly disappearing once you’ve completed that task for the first time. Overall, My First Farm does a great job of breaking down the game’s variety of complex options into a series of simple, repeatable tasks.

Now, in terms of gameplay, Pure Farming 2018 sticks pretty closely to the standard farming sim template and is therefore unlikely to convert anyone for whom the prospect of driving carefully up and down fields and dropping off produce at grain silos and warehouses doesn’t entice. In seeking to ape the rhythms and procedures of real-life farming, farming sims are repetitive by design and its this very repetition that is the key to their appeal, their fans generally cite how relaxing the games are, with some noting that they offer a control and logic not always found in their real lives. Personally, it took a few days but eventually I really began to enjoy working on the farm in Pure Farming 2018, there’s an element of childhood fantasy about getting to control a hulking combine harvester, the vehicle mechanics mean these agricultural leviathans have a pleasing, physical heft to them, and there’s an undeniable satisfaction and sense of accomplishment to the sight of a neatly ploughed or precisely harvested field. 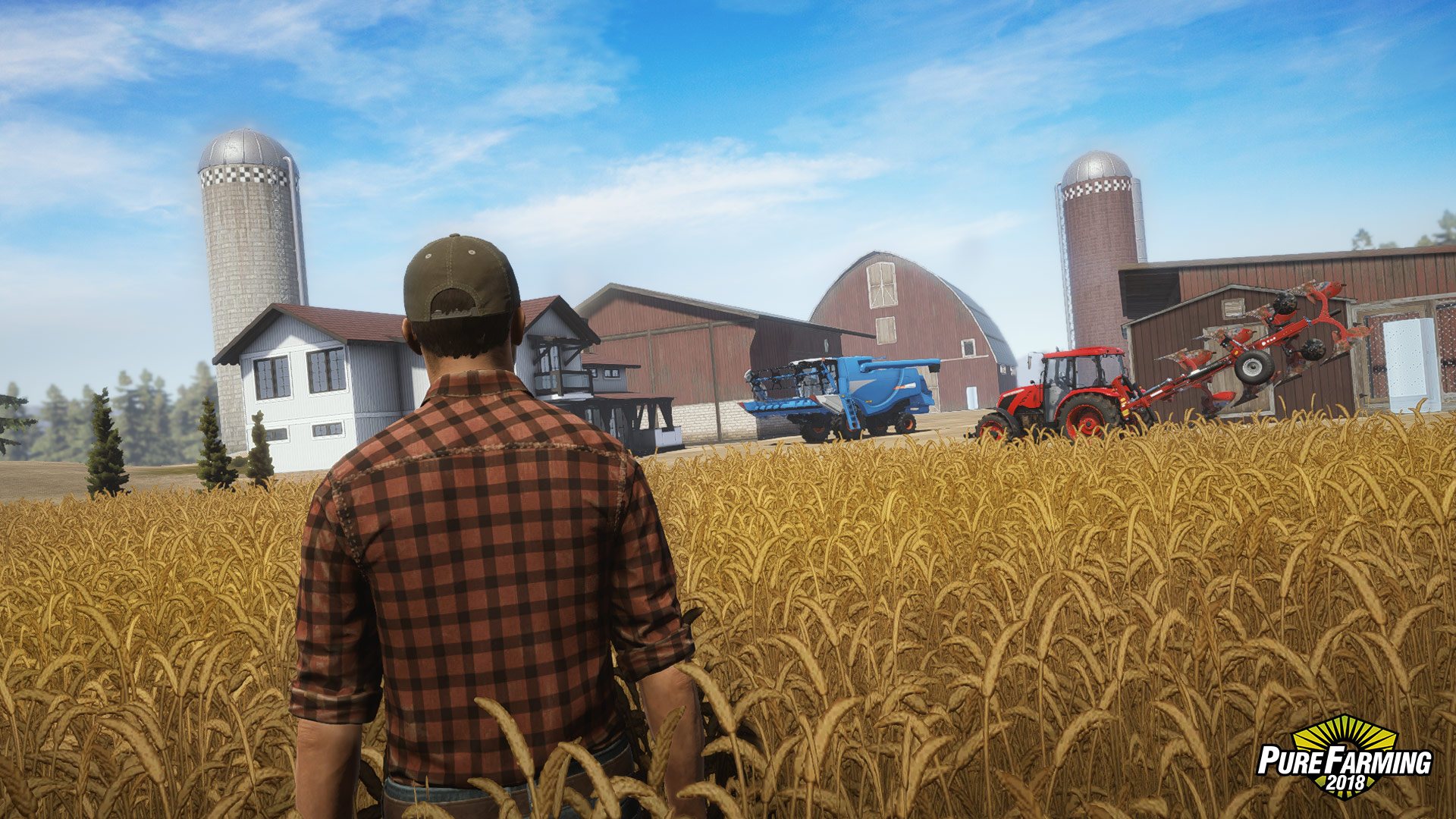 The game takes a minimal approach to sound, with the atmosphere of crisp Montana days conjured up through a mix of cockerels calling in the morning, birdsong and the noise of the wind rustling through the trees. The lack of any music though is a glaring omission, PC owners will no doubt be able to patch in whatever audio they want, but on console, you’ll need to create your own soundtrack to accompany all that ploughing, seeding and harvesting (personally, I’d recommend sticking some Johnny Cash on).

Graphically, Pure Farming 2018 is solid, with the most attention clearly having been paid to the game’s armada of licensed vehicles, all of which start off gleaming and eventually get covered in mud that, should you be so inclined, you can blast off with a power washer. There are some neat touches though, like the shadows that your machines cast in the mid-day sun or the way your headlights illuminate the way as you toil through the night. Textures though are a bit of a mixed bag, some of the trees look a bit like cardboard cut-outs, fields sometimes look like brown-coloured wallpaper and, overall, a lot of the environments feel flat. There’s also a bit of an issue with the pouring and emptying animations and, while this may sound like a tiny thing, these are animations you’ll see a lot and so they really need to be on point. The problem is that when you’re filling up or dumping the contents of a trailer, your cargo simply rises up while staying perfectly level so it looks less like you’re dumping a load of crops, fruit or vegetables into a metal box and more like you’re inflating an oddly-coloured, oddly-shaped balloon. This compromises the grounded, physical feel that’s one of Pure Farming 2018’s greatest strengths and just breaks the immersion a little. On a few occasions, the game emphasises fun over realism and this generally feels forgivable, allowing you to fill your empty gas tank via your tablet may make little practical sense but it sure beats pushing your empty tractor to the local petrol station. Likewise, real farmers probably don’t have a computer button that instantly fixes whatever is wrong with their machines, but it’s hard to see how exactly to properly replicate vehicle maintenance in the game. 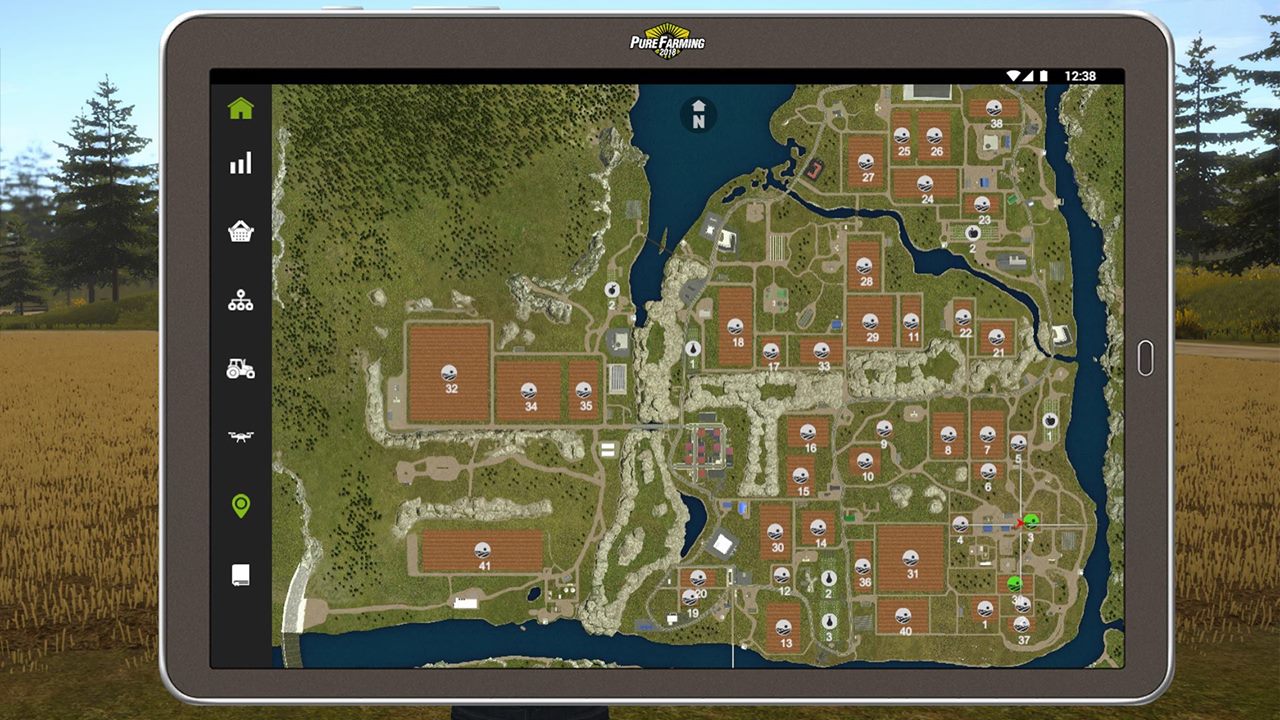 The only other gripe is that the UI feels a bit clunky, it’s functional rather than slick and things often feel just a bit more complicated than they need to be. Turning on the headlights for instance means pressing L1, R1 and triangle at the same time, while setting a marker on the map requires your to first select an icon with X and then press triangle. There also seem to be multiple steps involved in getting vehicles going, with a combine harvester for instance, you’ll need to first hit R1 and square together to get the harvesting mechanism going, then R1 and X to get the front blades whirring and finally L1 and right analog stick down to move the blades down to the field. Perhaps sim fans get a kick out of all this but personally I’d love an on/off button.

However, these quibbles fail to significantly undermine what is generally a strong game that sucks you in with a solid, authentic feel. It’s unlikely to convert any farming sim sceptics but does a great job of easing novices into the action. Old hands meanwhile should find plenty to like here, with Pure Farming 2018’s exotic crops and international locations making it a viable alternative to the Farming Simulator series. 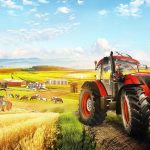 Pure Farming 2018 is a strong addition to the farming sim genre that’s often surprising satisfying to play thanks to strong mechanics and an authentic, grounded feel. Some graphical and UI issues mar the experience a little and the lack of in-game music is a bit disappointing, but agoraphobic agriculture addicts should find plenty to enjoy here. 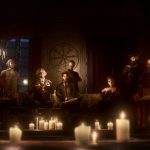 The Council: Episode 1 – The Mad Ones Review