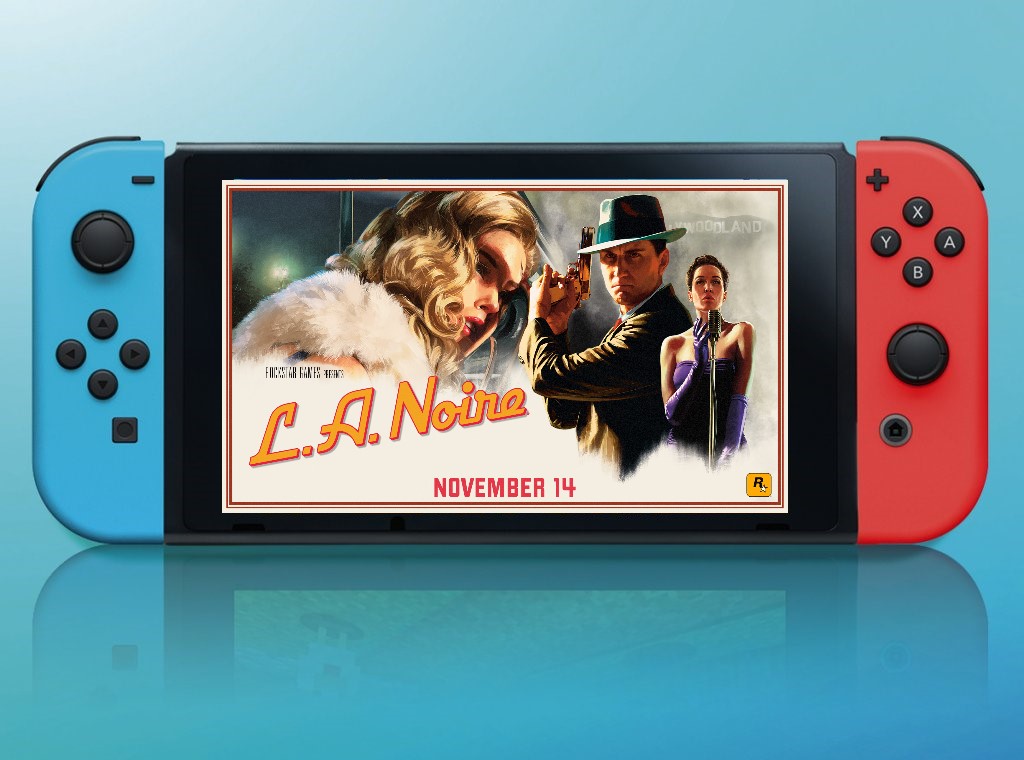 Incorrectly regarded as a Rockstar Games title (it was developed by Team Bondi), crime adventure game L.A. Noire was highly praised when it initially released in May 2011. The gritty drama of the cases, the 1940s setting and the revolutionary new MotionScan technology used to render characters’ facial expressions were more than enough reasons to make L.A. Noire one of the best titles of that year. It’s still fondly remembered today, so much so that a remastered version was surely on the cards. Well, a new 4K version has been released on PS4 Pro and Xbox One, but I’m not going to be talking about that here. Instead, I’ll be reviewing the Nintendo Switch port which released alongside it.

Nintendo’s new tablet is fast becoming a hard contender in the current video games market, not because of flashy graphics, no; the main attraction is its ability to play games like L.A. Noire on the go in the palm of your hands. It does it quite well too. 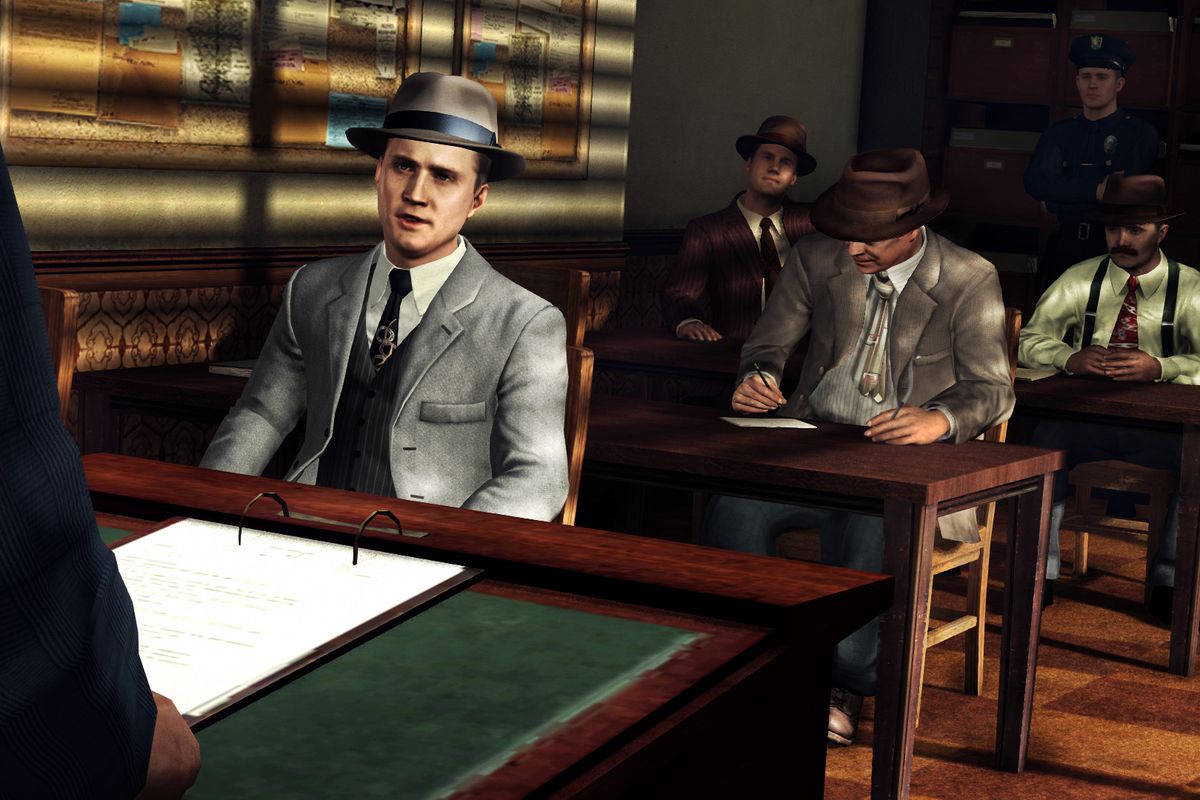 As Officer Cole Phelps, you rise through the ranks of the Los Angeles Police Department, solving crimes by examining evidence at crime scenes, questioning witnesses and suspects and running down perpetrators either on foot or on the road. L.A. Noire is crammed with interesting characters, and it’s your job to determine whether they are lying or not by reading their poker faces, visually. The MotionScan tech really brings every character to life here. You can really see if a witness looks nervous or worried or even smug as every muscle in the face seems to move extremely realistically. It looks fantastic on the Switch. Character models are highly detailed, and the MotionScan tech has transferred over perfectly here. Now though, you’re able to decide whether you play Good Cop, Bad Cop or Accuse at the touch of the button.

Exclusive to the Nintendo Switch version is the use of its touchscreen feature. Using your fingers, you can look at evidence however you wish by using your fingers to pinch the screen to instruct Cole to pick up a certain item. Ultimately, this is nothing but a gimmick, and a pointless one at that. Not once did I feel like I was really examining evidence, instead I was simply pressing the buttons in a different way. Luckily, you can switch these controls off or ignore them altogether. 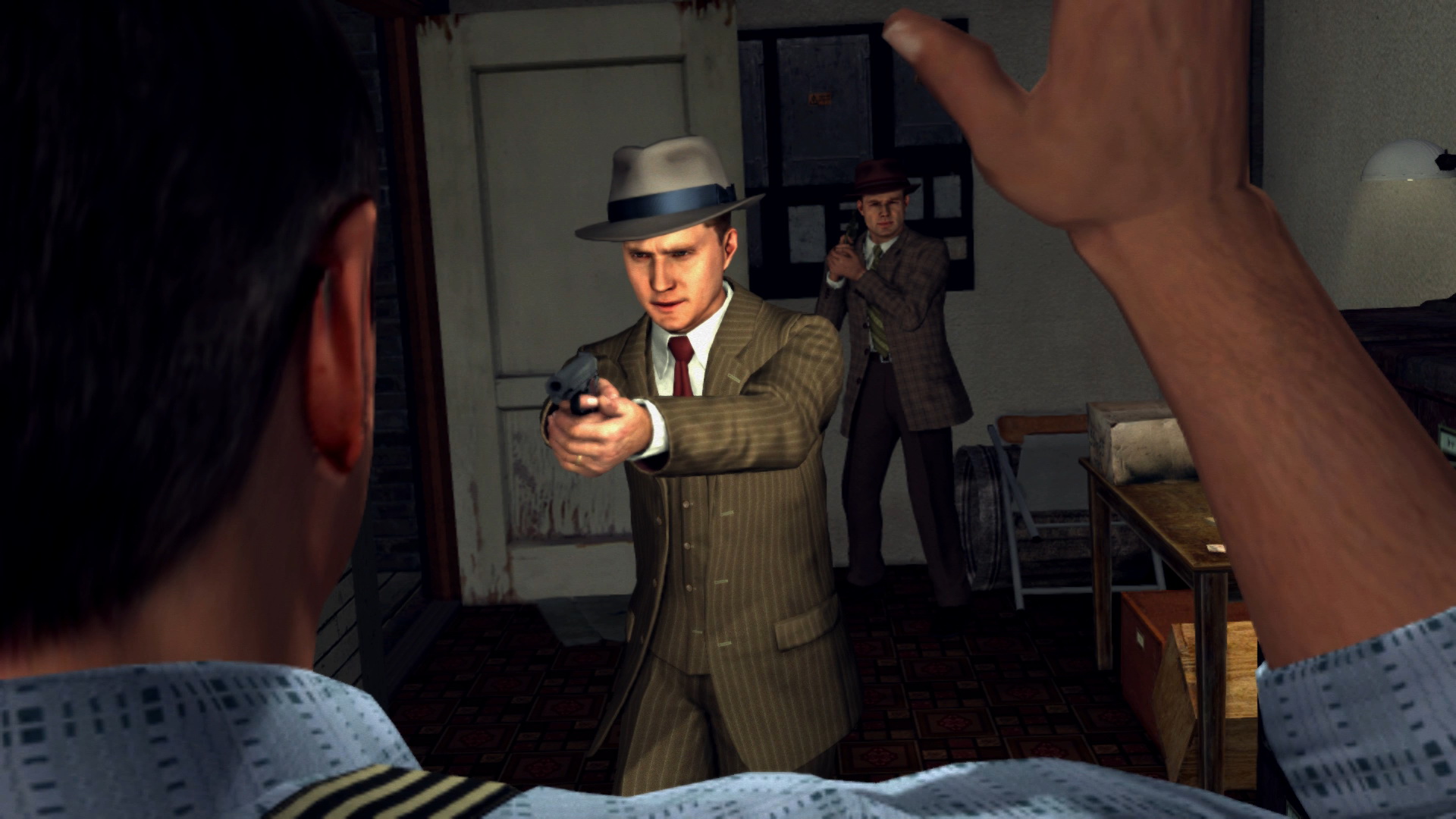 Cases are judged by how you handle them, how you question the suspects and witnesses, how hard you push them. There are right and wrong ways to handle them to how the game wants you to handle them. Handle a case wrong, and your superior will give you earache and it will take you longer to get promoted. This prospect really makes you think hard about each individual case and to take your time. Going from one place of interest to the next is just as fun as solving the cases themselves, but this is where the system limitations take their toll. In the open world of 1940 Los Angeles, you’re able to go where you please. The map is huge, and how Team Bondi managed to fit it on the Switch is mind boggling; however, it’s not without its blemishes. Draw distance is pulled right back to the point where spawning vehicles and rendering buildings happen ahead of you and activity is sparse, leaving L.A. feeling like a ghost town at times. It’s even more apparent when travelling at speed; it’s unsightly but excusable considering this is L.A. Noire on a handheld. It does look a little better in the Switch’s docked mode though, which is a much more recommended way to play.

Another complaint is the way vehicles handle, especially your police car. Turning makes the screen turn before your car does, which results in your car appearing as though it’s driving on ice, seemingly floating around corners. It feels weird and spongy and caused massive issues for me in one particular case where I had to chase down illegal street racers. On foot, things are a lot better; Phelps is a capable runner and can shoot up ladders and drain pipes with ease. Chases are exhilarating matched with tense music to heighten the senses. They can end in a number of ways, the perp may just give up with their hands up, load up and bust into a shootout or take a hostage to test your reflexes and timing; L.A. Noire is one diverse game. 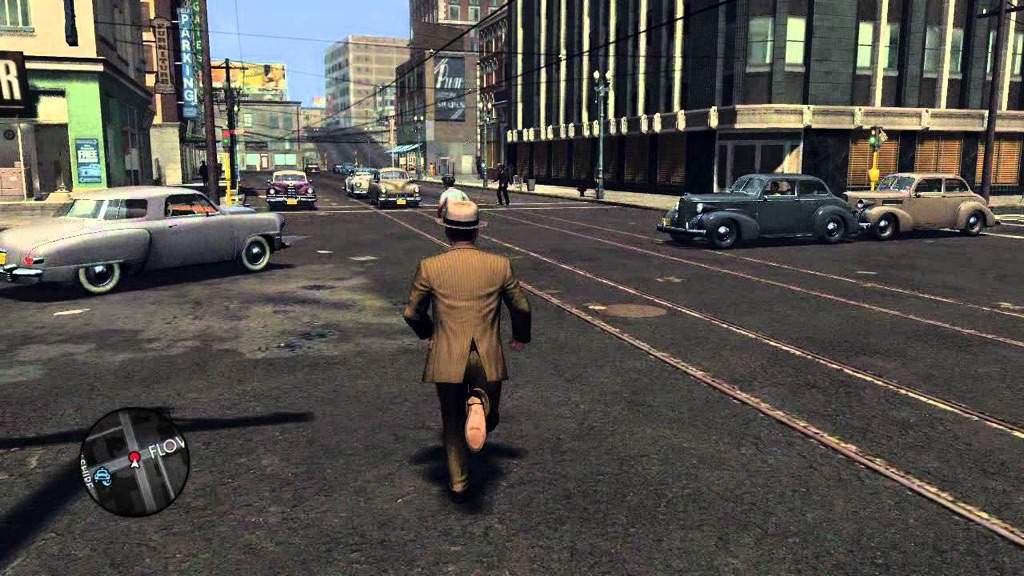 En route to your primary objective, you may get radio calls to help out officers who are having a bit of trouble. Diverting to these calls will have you involved in many different scenarios totally detached from your main case. Mass shootouts ending in tense foot chases, botched robberies or tense hostage situations, each one is different and entirely optional but doesn’t come without reward.

On the Switch, these segments are superb fun. Alongside the excellent motion capture and top notch voice acting, L.A. Noire holds up well today as it did in 2011. The open world of L.A. is a joy to explore, and each of the cases present different challenges and opportunities. Sure, porting a game as big as L.A. Noire over to an inferior system doesn’t come without certain sacrifices, but the visual downgrade is nothing compared to having it on a portable. The visual downgrade is worth it, and L.A. Noire is worth your time now as it was 6 years ago. 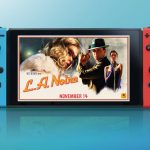 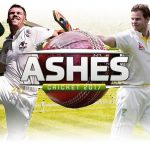 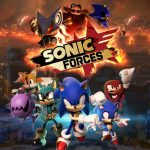