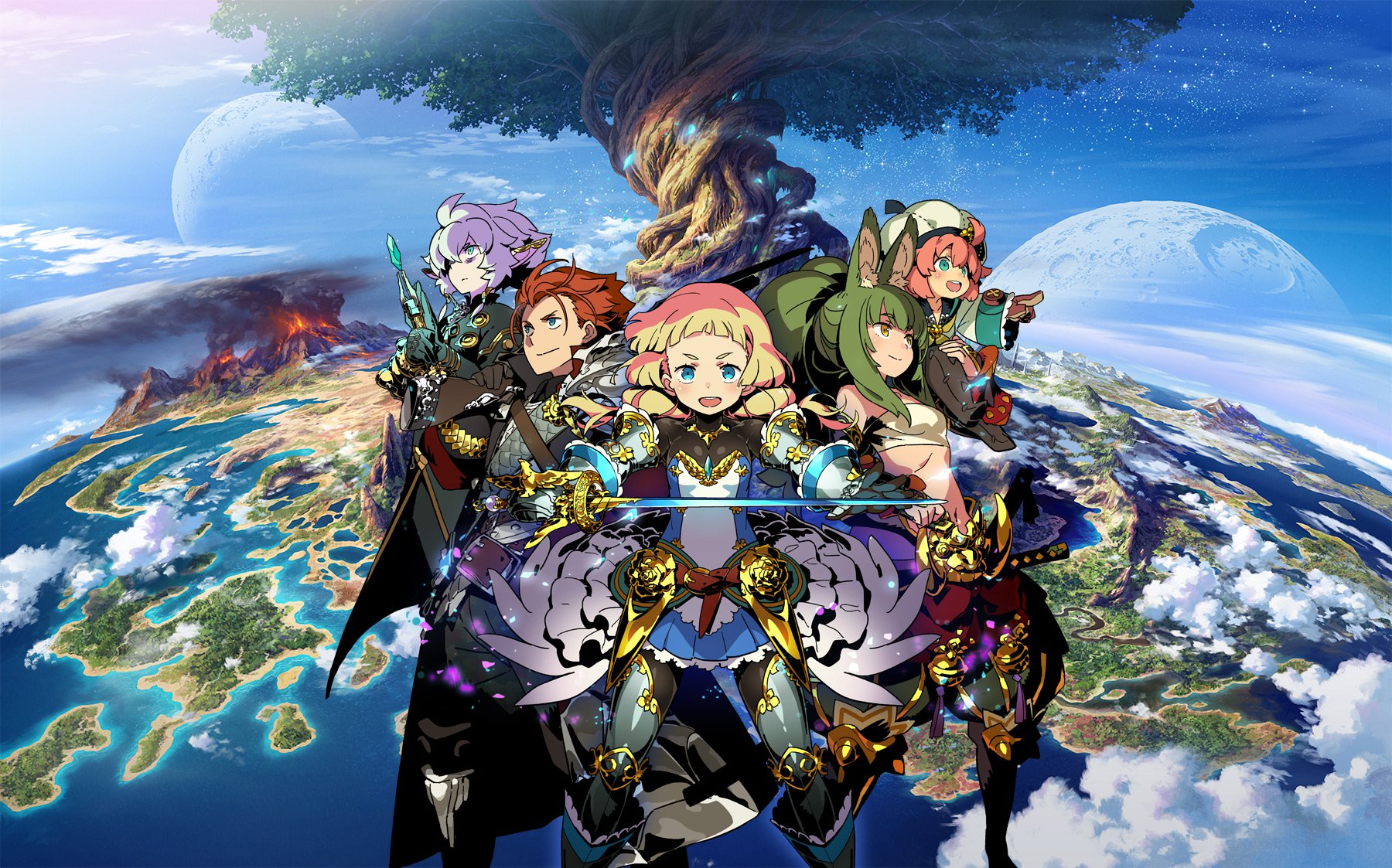 The first-person dungeon crawler is a game genre that has a history as long and arcane as the Celtic language (smart joke!). Back in the early days of PC gaming, it rode high as an incredibly popular sub-genre of computer RPGs. For a long time, these games have been few and far between, but since the opening of the indie floodgates, it has been much easier for enthusiasts to get their fix.

Interestingly, the Etrian Odyssey series has been a mainstream embodiment of the classic dungeon crawler which has been going strong on the Nintendo handheld family since 2008. All the games feature a massive labyrinth to explore, a punishing difficulty curve, and the need to create your own map while navigating the treacherous halls of your dungeon.

Etrain Odyssey V: Beyond the Myth may not be able to hold a candle to some old-school CRPGs in terms of having an epic fantasy storyline, but the story does hit all of the required notes. In a far-off land (classic) waits the mighty Yggdrasil, an ancient magical tree surrounded by an enormous labyrinth. Adventurers from all over the world are invited to explore the maze and try their hardest to make it to the top of the tree to achieve fame and glory. 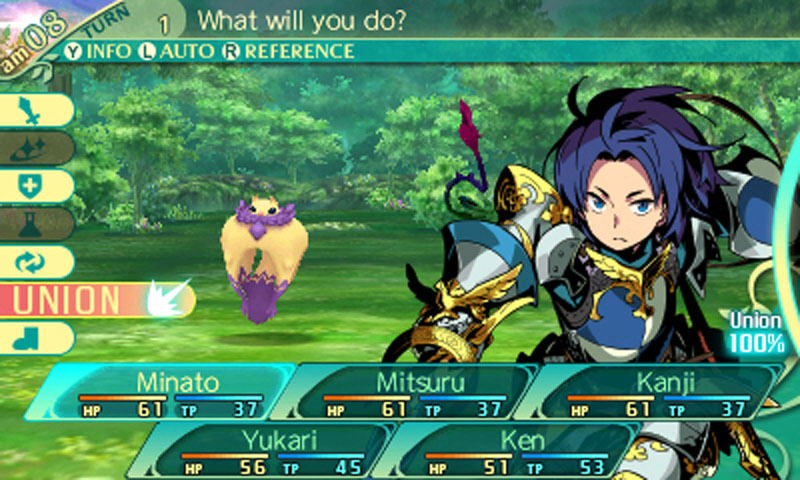 The game is light on its story, but honestly, it’s not that important in order to get any enjoyment out of the experience. This is dungeon exploration in its purest form. Your time is not spent trying to advance the storyline but instead is 100% focused on getting and clearing missions, mapping out the different floors of the dungeon, and advancing the fame of your own guild.

Anyone who has ever played a first-person dungeon crawler or a JRPG will probably find a lot of familiar ground here. Exploration takes place on the top screen of the 3DS while you map out where you’ve been with the bottom screen. When you come across a random battle you go into a classic JRPG battle screen, you must select the different abilities and attacks of each of your party members.

The mapping is a feature that will appeal to a very specific type of person. If you like to obsessively and meticulously take notes as you explore, then you’ll be in heaven the whole time. It will speak to something deep in the heart of many older gamers who grew up playing games where you were expected to have a pad and paper nearby at all times.

Similarly, the combat will have the most appeal to a somewhat niche audience. Although the mechanics are similar to lots of other JRPGs, the difficulty curve will turn off a lot of players who were pulled in by the bright and friendly visuals. That is not to say that the game is hard, but it does expect the player to know certain things at the outset. The main stop for most people will be how easy it is to lose characters even on the first floor, especially if you start out with a sub-optimal party configuration.

The party system is one of the more unique mechanics present in this title. When you begin the game, you are told to start a guild to explore the labyrinth with. After naming the guild, you are given 30 slots to fill with characters of your own creation. You can choose from four races, each with their own different classes. 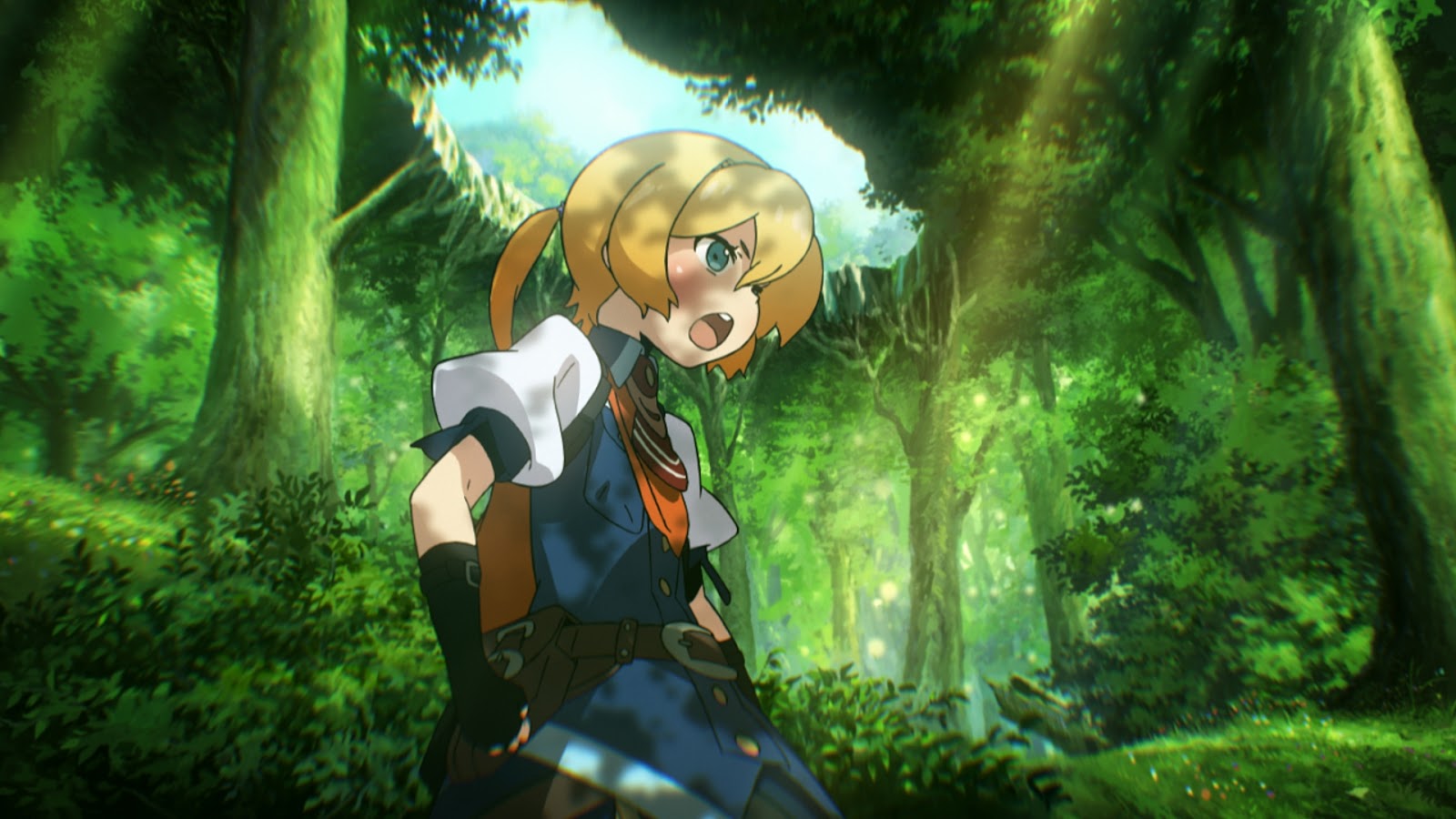 The Earthlian race has the most classes to choose from. The Fencer is your basic frontline high offensive type, employing strong combination attacks and dodging enemy strikes. The Dragoon is a defensive class that can employ a cannon to great effect. The Pugilist is a pure offensive class who deals precise strikes and can prevent enemies from attacking or moving by sealing their limbs. Finally, the Harbinger is another strong offensive type who specializes in weakening enemies with support abilities before cutting them down with scythes.

The other three races have slightly less choice on offer with only 2 classes each. The Celestrian race has the Warlock and the Necromancer, an elemental offensive magician and an undead summoner, respectively. Therians have Rovers and Masuraos, the first a ranged attacker who summons animals, and the second another offensive class who attacks with katanas. The last race, the Brouni, have Shamen, support magicians who heal and bless the party, and Botanists, another healer class who mixes both healing and harming potions.

This huge array of classes and races can be overwhelming at first, especially if you factor in the abilities to alter the appearance, name and voice of each of your characters. Because you can make 30 characters, however, you do have lots of freedom to experiment with different party configurations, and the game even has a handy squad feature for easy swapping between different party types.

The 3 different squad slots mean you can have 3 different party configurations geared towards different types of fights. Say your first slot is your main party and is built to survive the hardships of exploring the tree. Your second slot could be a high defensive party with good healing but slower DPS, aimed at long siege battles against tough bosses. Then you can use your last spot for specific elemental damage to take on specific challenge runs or side missions.

While this system does offer some very big tactical advantages, it does also mean that you have to potentially triple your game time. While it is something of a chore to try and evenly level up an entire party of characters, it is a monumental task to try and do the same with three different parties at once. 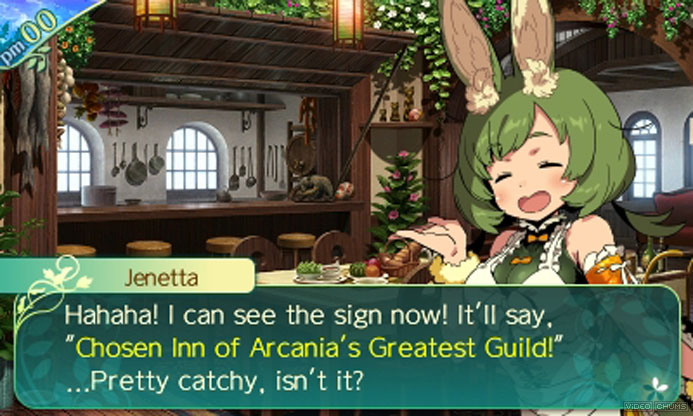 As well as your general mission of ‘explore this giant tree’, you are also given a whole bunch of side missions and tasks to perform. These are handed out at your local fantasy tavern by random passers-by or visitors to the city. They usually consist of ‘find X of such and such material’ or ‘kill X of these monsters’. These missions are usually pretty easy to accomplish, and you’ll likely end up doing so completely naturally as you wander the maze. Only occasionally will they actually require effort on your part.

The way that the game keeps your eyes on the prize is by giving you occasional quests from the ‘Council’, some sort of authority who rule over the different explorers guilds in the city. Most of the missions that you receive, especially in the beginning, are basically ‘get so far in the maze and hand in a report/sample’. Some of these missions can last for quite some time, sometimes a few hours a piece if you count all of the levelling you might have to do to survive.

The missions aren’t the only incentive to keep advancing in the maze, however. As you get further up the tree and complete different levels of maps and discover new items or enemies, you can make reports to the Council independently. These reports can net you a fair amount of money and experience and are one of the best ways of getting yourself better equipped for further exploration.

As you explore, you also come across random encounters, usually prompted by examining a square. On these squares you can find pretty much anything, from a random animal to a certain type of terrain that you have to traverse. These encounters can have different outcomes depending on which of the several ways of handling it you pick. There is not always a clearly correct way of handling these events, so most of the time you end up going on instinct, but they do help to break up the constant combat/exploration dichotomy.

Levelling through combat is only one way of strengthening your characters, and even levelling via quests is only going to do so much. Like many other games of its type, Etrian Odyssey V actually places a greater emphasis on improving your equipment to increase your overall strength. You might truly struggle with a floor until you’ve got enough gold to buy the latest level of upgrades for all your characters, then suddenly you’ll find everything infinitely easier. 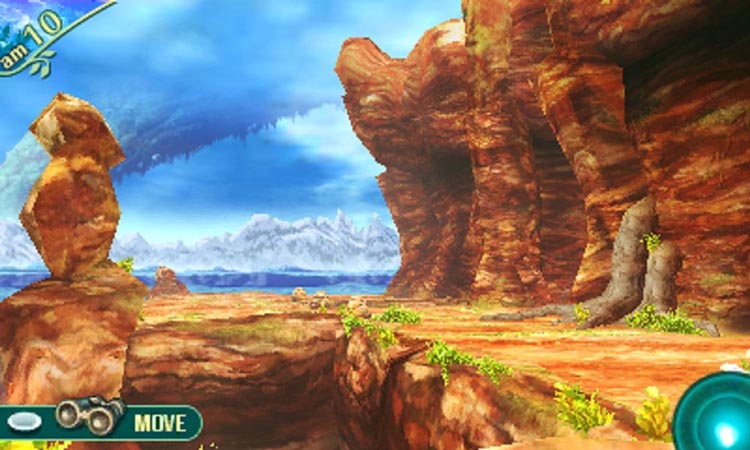 Instead of unlocking new items to buy as you progress, you instead have to sell new materials to the store, and there the items will be used to create new equipment. This quite closely ties together the act of selling materials to get money and then using the money to buy the new equipment that you’ve unlocked.

Visually, the game takes a lot from the ‘anime’ aesthetic, although considering the wide variety of different anime visual styles around these days, that’s not really saying much. The game is very well designed visually. All of the characters are 2D animated figures that seem like they could have come straight out of a high-end anime like Fullmetal Alchemist or Naruto. All of the world exploring and enemy models are done in 3D and to a much higher spec than in pretty much any of the previous entries in the series.

Due to the fact that the entire game is set in a tree, the colour pallet usually sticks in the natural areas. There are lots of greens, browns and blues, only occasionally straying into anything more vibrant. The enemies, on the other hand, are a different matter, and much like in any other JRPG, they can be any random assortment of colours with pretty much no theming to explain why these random assortments of animals might be working together. The music is also pretty interesting for standard JRPG music, and while you probably won’t remember any of the specific tunes in the game, you will probably find yourself humming them once or twice. 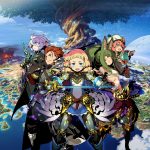 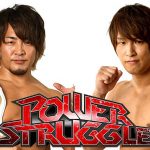 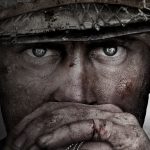