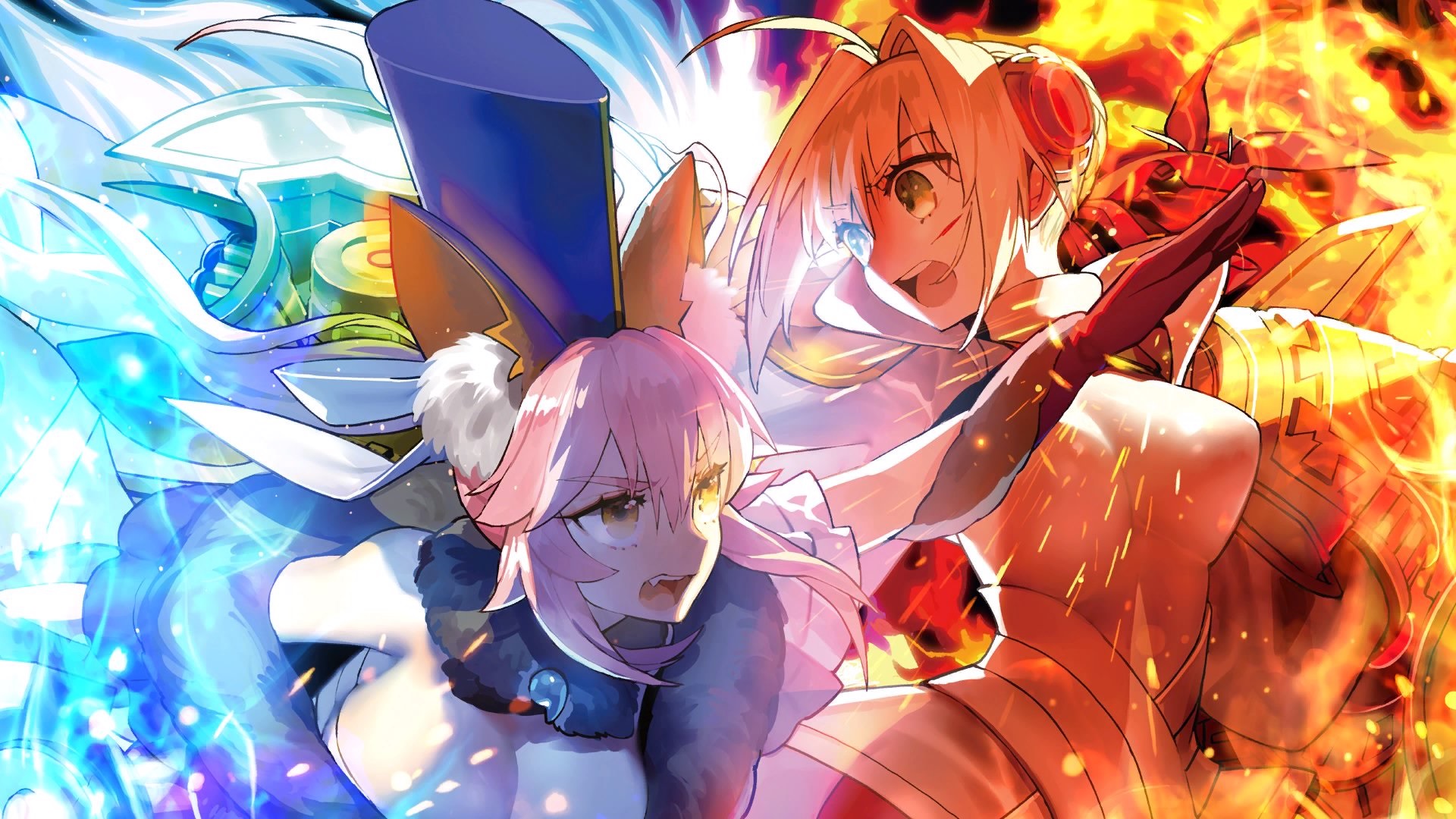 Sometimes a game has a storyline that is so confusing that it makes you wonder if you aren’t missing something. It’s almost as if there is a huge inside joke that everyone in the world is in on, but somehow you missed out on it. Fate/Extella: the Umbral Star is that kind of game.

Fate/Extella: The Umbral Star comes to us from Marvellous, a company perhaps most (in)famous for the Senran Kagura games series, in which you do battle with scantily clad ninjas. Fate/Extella, however, is set in a parrellel universe to Fate/Stay Night, a visual novel and anime series that follows the adventures of people living in a world filled with magic. The story of Fate/Extella covers a period of time after something called the ‘Holy Grail War’, a competition where people throughout history would fight to earn their greatest wish…maybe. This is not covered in the actual storyline and is mainly just alluded to through conversations with NPCs, as well as in the codex of information available through various menus. 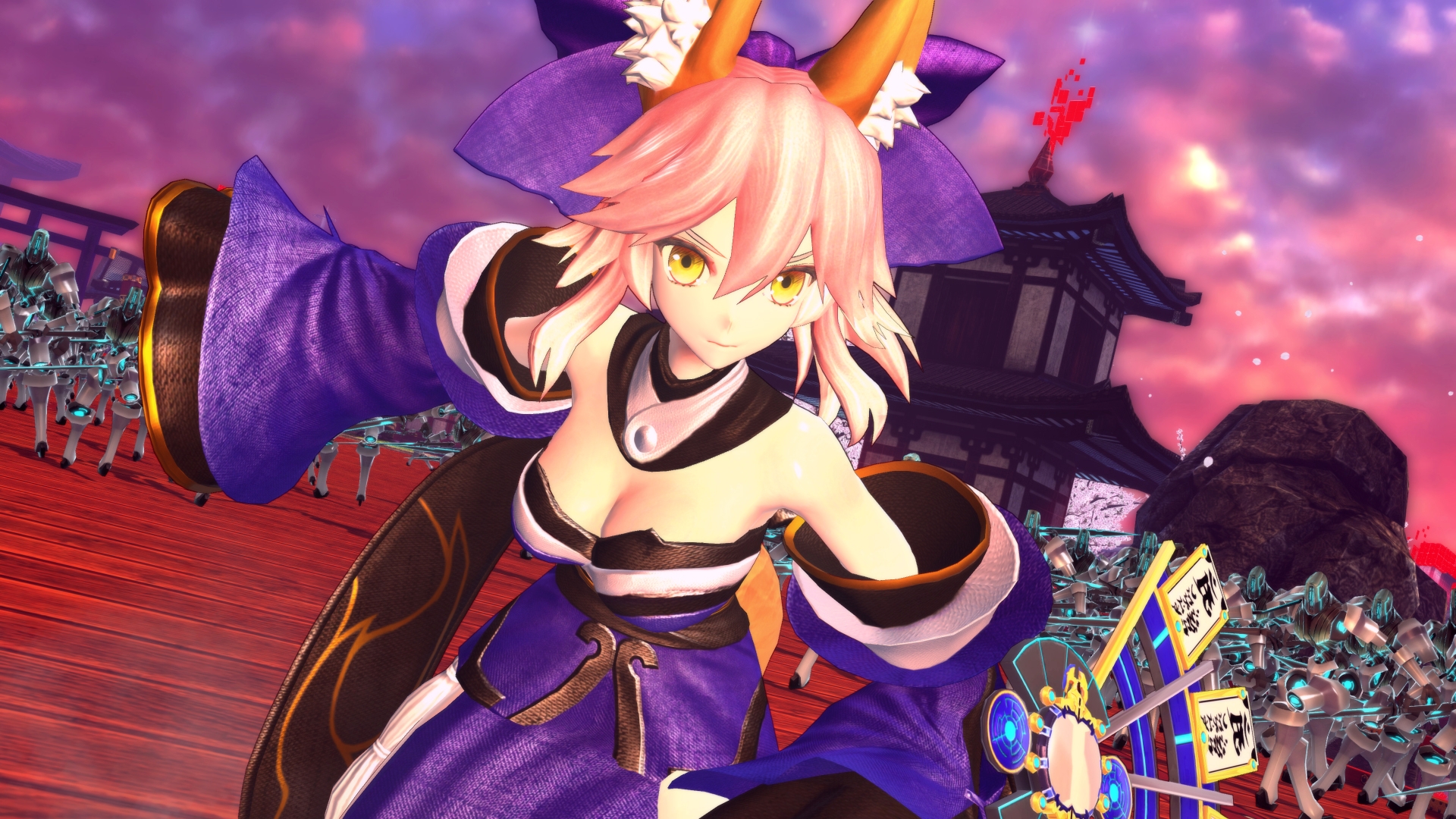 The reason for the confusion is that the game is set in an alternate universe to the anime it is based on, but there are lots of parallels within the storylines of both games. For instance, the fact that the Holy Grail War is a competition in the original might also be true in Fate/Extella, but at no point is it made completely clear. Things are also not helped by the fact that this is the third title in a series, presumably all about this Holy Grail War.

The game takes place in a virtual moon powered and controlled by something called ‘the Moon Core’, which appears to be some sort of strange computer from decades before human existence. On the moon’s virtual world, everyone has a physical presence and with their servants must try to win a strange sort of turf war that breaks out amongst the 3 figures who wield power. If this explanation sounds to you like it’s a bit of a mess, then you’re probably right. What has been discussed so far doesn’t even begin to explain the point at which you start the game. There seems to be something of an amnesia plotline, which is fitting because as a player, it’s a feeling you have to get used to. 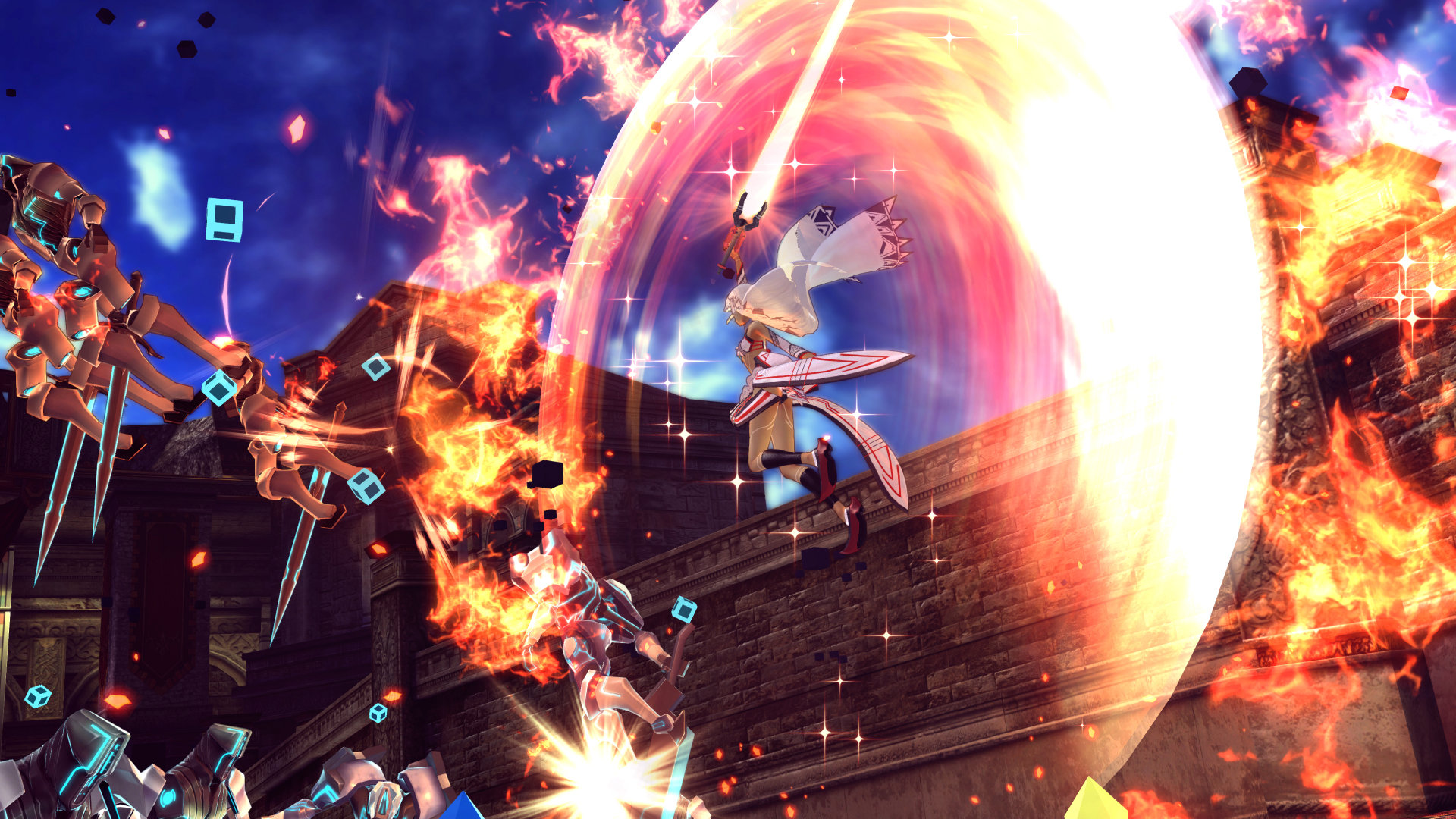 Throughout the game you follow 3 different sets of protagonists as you all try to control as much of the virtual moon as possible by completing your ‘regime matrix’ and forcefully controlling all enemy territory.

Each servant has a different class: Saber, Archer, Lancer, Caster, Assassin, Rider, Berserker, or Extra Class. Each of these classes has a different playstyle; Saber, for instance, is heavily melee-focused, while Archer combines melee and ranged attacks. You use heavy and light attacks to perform various combos, and in each area you arrive in, you must do enough damage to draw out that area’s leaders. Many of your combos are huge and sweeping and will take down many enemies at once. Mid-battle you can run different types of combat programs, which lets you do things like heal yourself, cure special status ailments and swap your controllable character with your secondary one. 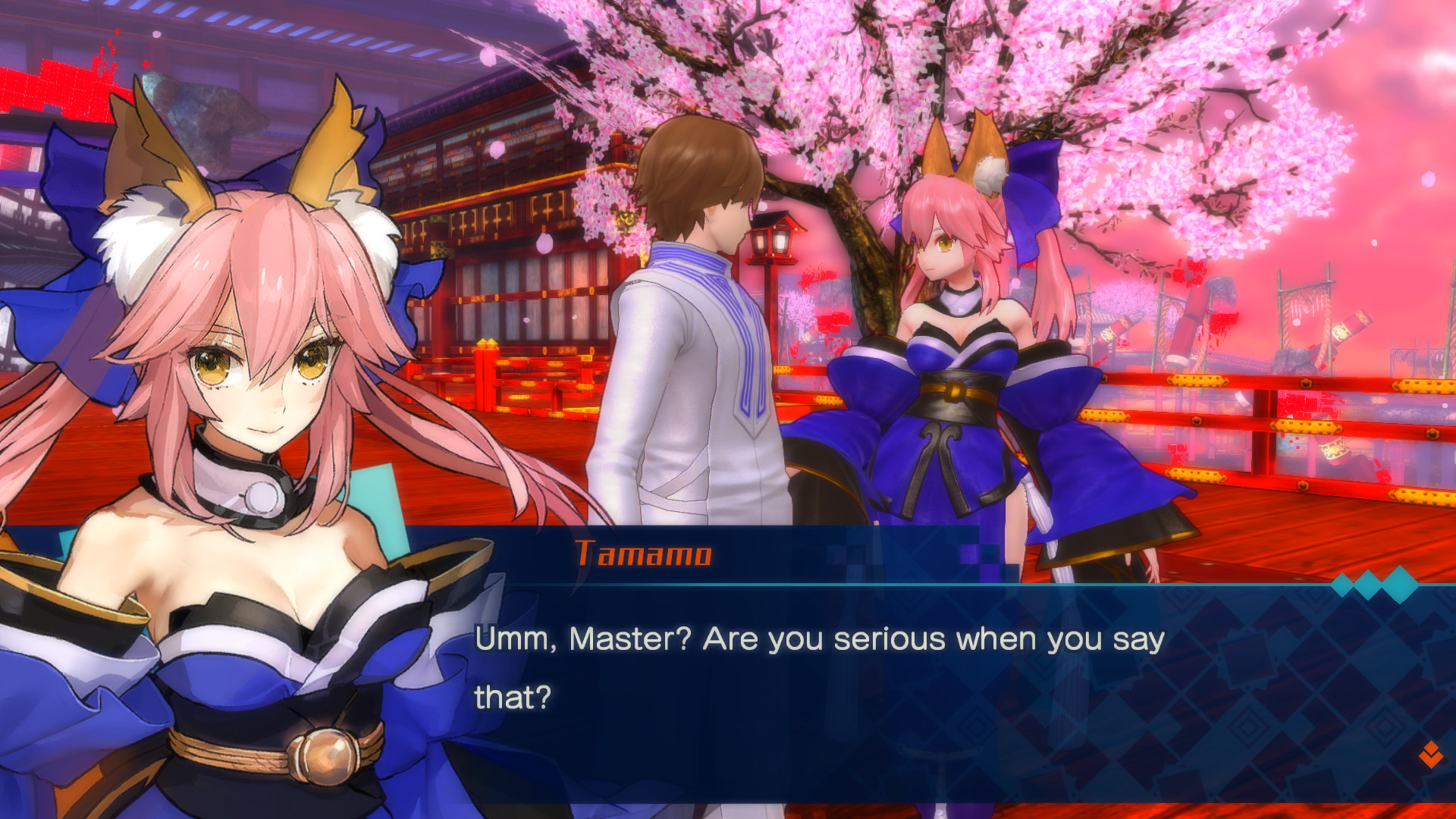 One of the biggest complaints about the gameplay is that it has little to no balance at all. On the normal difficulty setting, your level seems to be automatically kept at the lowest required level to get through each mission without stopping to grind. On top of that, there seems to be no middle ground between enemies who are going to ruin your day, like certain bosses and aggressors, and between the enemies you take down without taking a single hit yourself. As well as having little to no balance, the gameplay can feel extremely repetitive at times. The style of gameplay is very similar to the ‘Warriors-style’ games, namely Dynasty Warriors and Samurai Warriors. Despite a strong focus on area control, which isn’t necessarily present in other Warriors games, the gameplay quickly starts feeling boring.

Completing levels can take quite a long time, regardless of how easily you can take down the enemies. A lot of your time is spent running back and forth across the field, protecting areas that you already control from enemy invasion, taking control of new areas and collecting pieces that allow you to use your special attack (if you decide you actually need the thing). On top of this, the game feels the need to shove a huge amount of exposition cutscenes in between each and every battle that you take part in. This makes the amount of time it takes to complete missions and advance the story massive, and it can feel like your progress through the game is constantly being stunted by overloaded cutscenes. 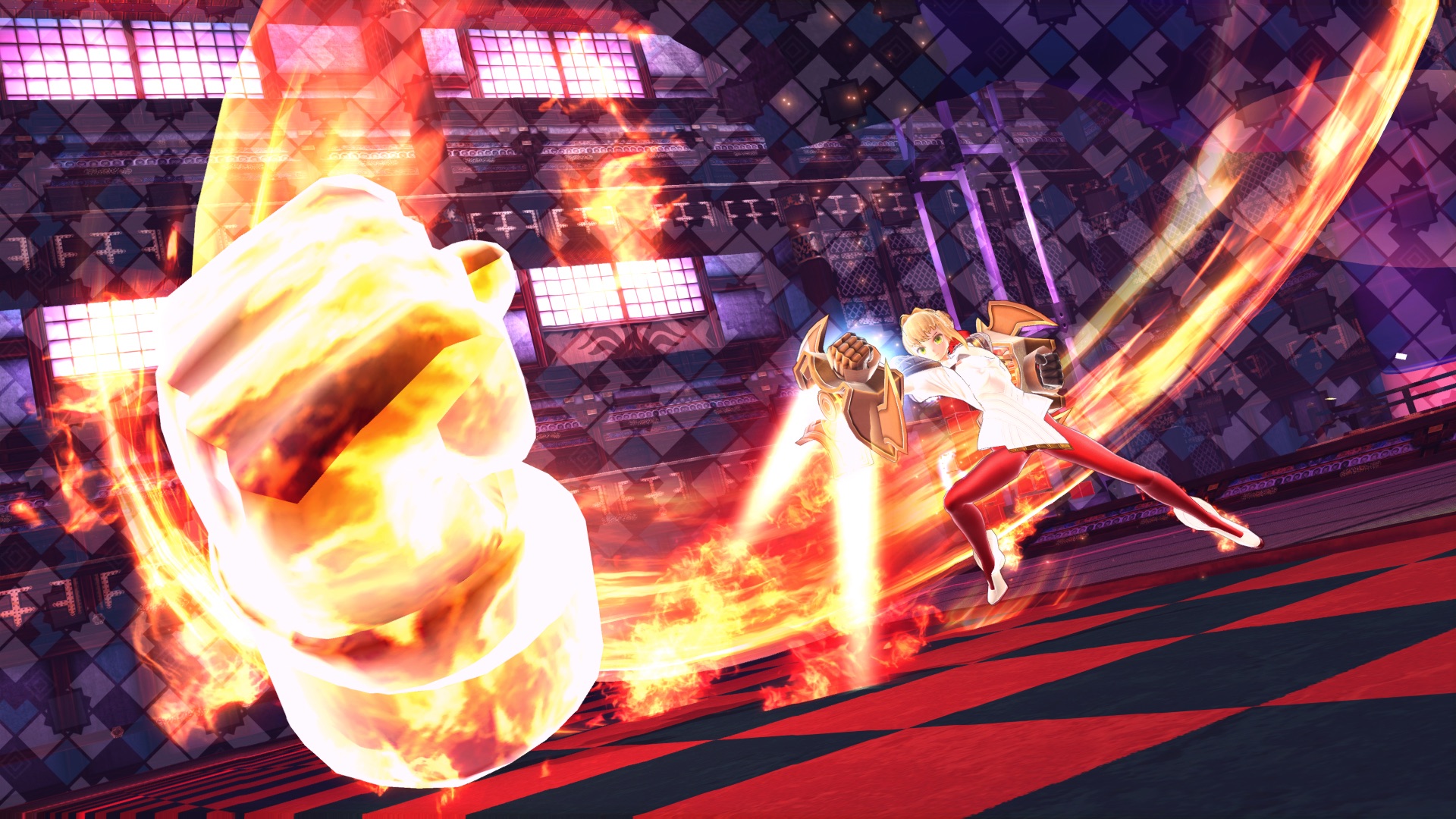 There’s nothing particularly special about the graphics in this game, they suit their purpose by portraying the story. There are plenty of games out there that look a lot nicer, but at the same time, I’m not sure how nice a game with this many enemies on the screen at once can actually afford to look. Music is on a very similar level to the graphics in that they serve their purpose of filling the dead air that would otherwise be there, but it isn’t exactly something that you’ll be listening to outside the game itself. 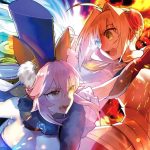 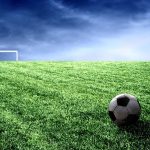 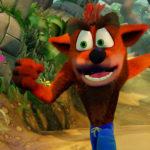 Could Crash Bandicoot N. Sane Trilogy Be Heading to Xbox One?