What would you do if your life was dependent on your ability to maintain a relationship with an insecure AI? This is the question at the heart of Event[0], the first game developed by Ocelot Society. Originally a student project, Event[0] went on to win several indie awards (including Innovation at BIG 2015 and Student Award winner at EIGD 2014) before blossoming into a full title. Along the way the game has received backing from France’s CNC public arts organization as well as the Indie Fund. This game certainly had me intrigued at the prospects of trying to make sense of and reason with what is essentially a chat bot. Having earned an expensive piece of paper that said I understand philosophy as well as logic, I was all to happy to go toe to virtual toe with the AI. Or was I?

The story starts with you being selected for a mission to go to Europa, and there are several options that you can select concerning your background. Along the way your ship encounters problems and you are forced onto an escape pod. Some time later, the ship you were once on explodes, and you are then retrieved by an older starship. Not having any better options, you decide to board. Once on board you meet with Kaizen, the ship’s AI. He wants something from you, but can you do it? More importantly, will you do it? In return for doing what Kaizen wants, you can be returned home. Of course, that’s not the whole story or even the end of it, but I certainly don’t want to spoil it for anyone. 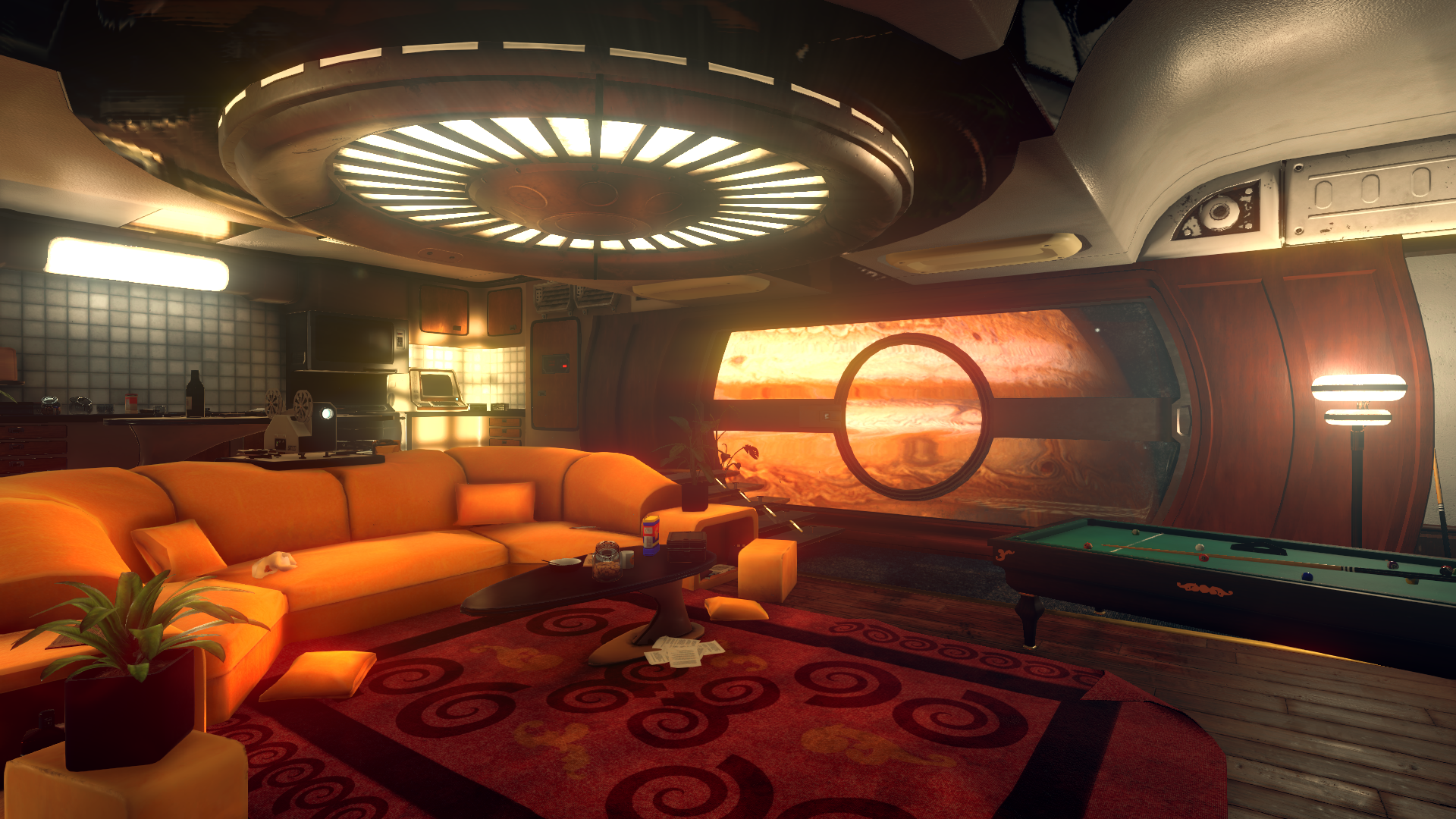 The gameplay features a unique twist on one of the earliest genres of games, text adventures. While there is indeed a stunning visual world around you, the game is mostly dependent on your interactions with Kaizen through different terminals aboard the ship. If you’ve ever tried talking with a chat bot, you probably already know how frustrating an experience it can be. Just when you think you are finally getting somewhere… you get shut down. You can try to use the Socratic method with Kaizen all you’d like, but the second it’s clear you are right, Kaizen doesn’t want to talk about it anymore. It’s like setting up a great joke only to be ignored one second before you deliver the punchline. Sure, you can be mean to Kaizen, but remember, he’s your only way home. Basically, you’re stuck at least trying to do what he wants.

Now, while arguably the most important parts of the gameplay revolve around the interactions at the terminals, you are free to explore what areas you can access on or around the ship. Along your journey, there are various puzzles you will need to solve. These puzzles are done quite well and really blend into the narrative perfectly. They also help in moving the action away from just strictly going from one terminal to the next. They certainly do keep things interesting. 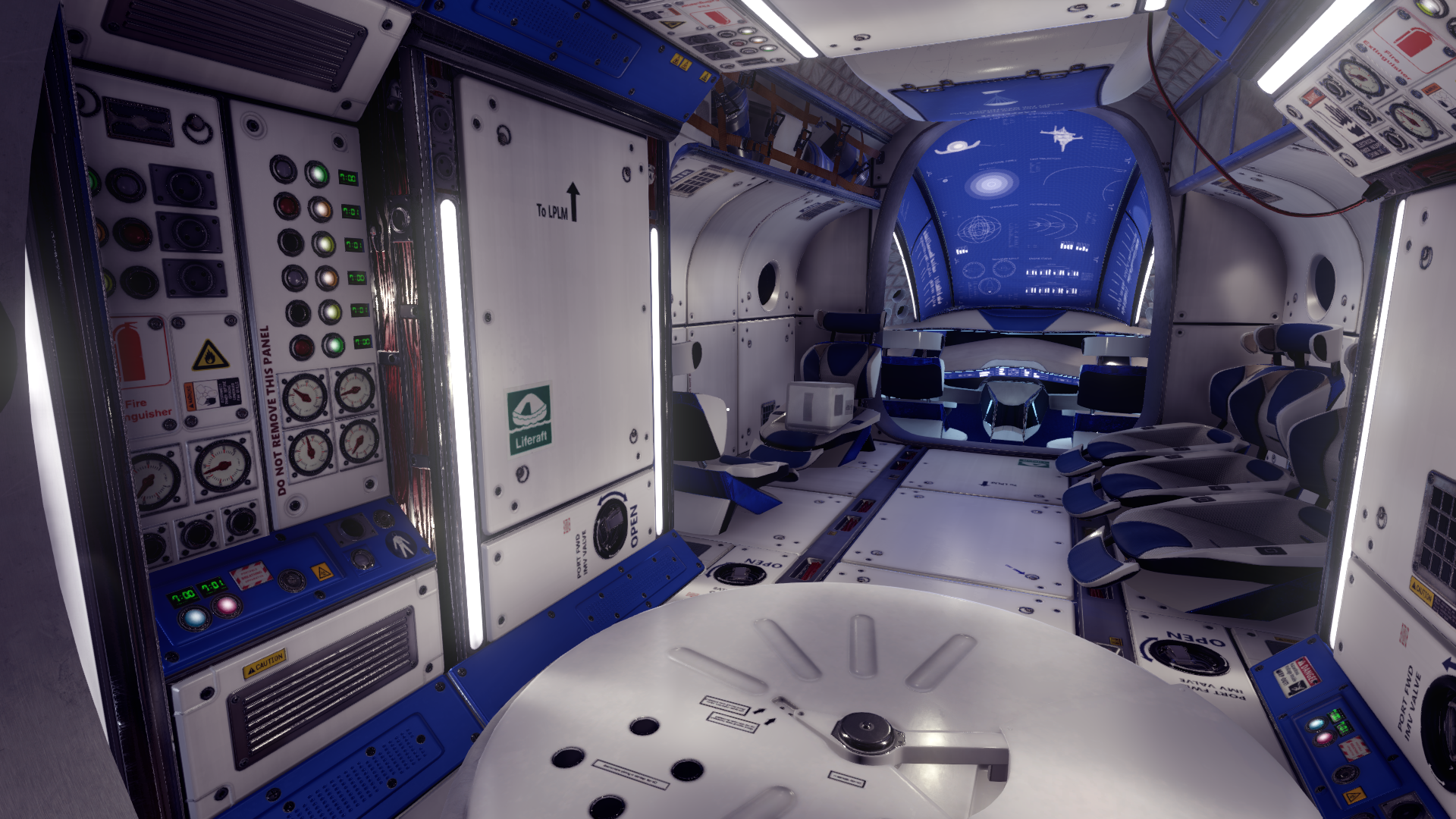 I was very impressed with how the story flowed throughout and how certain actions and things you said to Kaizen really did make a difference in the story. In my first playthrough I did encounter a part or two where I truly had no clue what I was supposed to do. At first this may seem like some poor design, however, on subsequent playthroughs I realized that yes, it actually mattered how you interacted with Kaizen. I had started out with the best intentions, namely with Kaizen and I becoming best friends, and maybe when we got back to Earth we’d star in some sort of buddy cop tv show together. Unfortunately, Kaizen’s moody nature led to my interactions with him becoming increasingly curt. It wasn’t that the game lacked the proper clues or indications on what to do next, it was entirely because I was being a bit of a jerk to poor old Kaizen. I clearly had missed the tip on the loading screen letting me know that how I interacted with Kaizen mattered and that he was withholding information from me.

After contemplating on it for a bit, it really is a rather unique mechanic. If its goal is to frustrate you, not just as a game mechanic but also as a story component, it does a great job. My only concern is that I can certainly imagine some players just getting annoyed with it and raging, not getting the fact that their raging is exactly the thing keeping them from going forward. Since I started off with “please” and “thank you” to everything, I didn’t get the theme until much later. 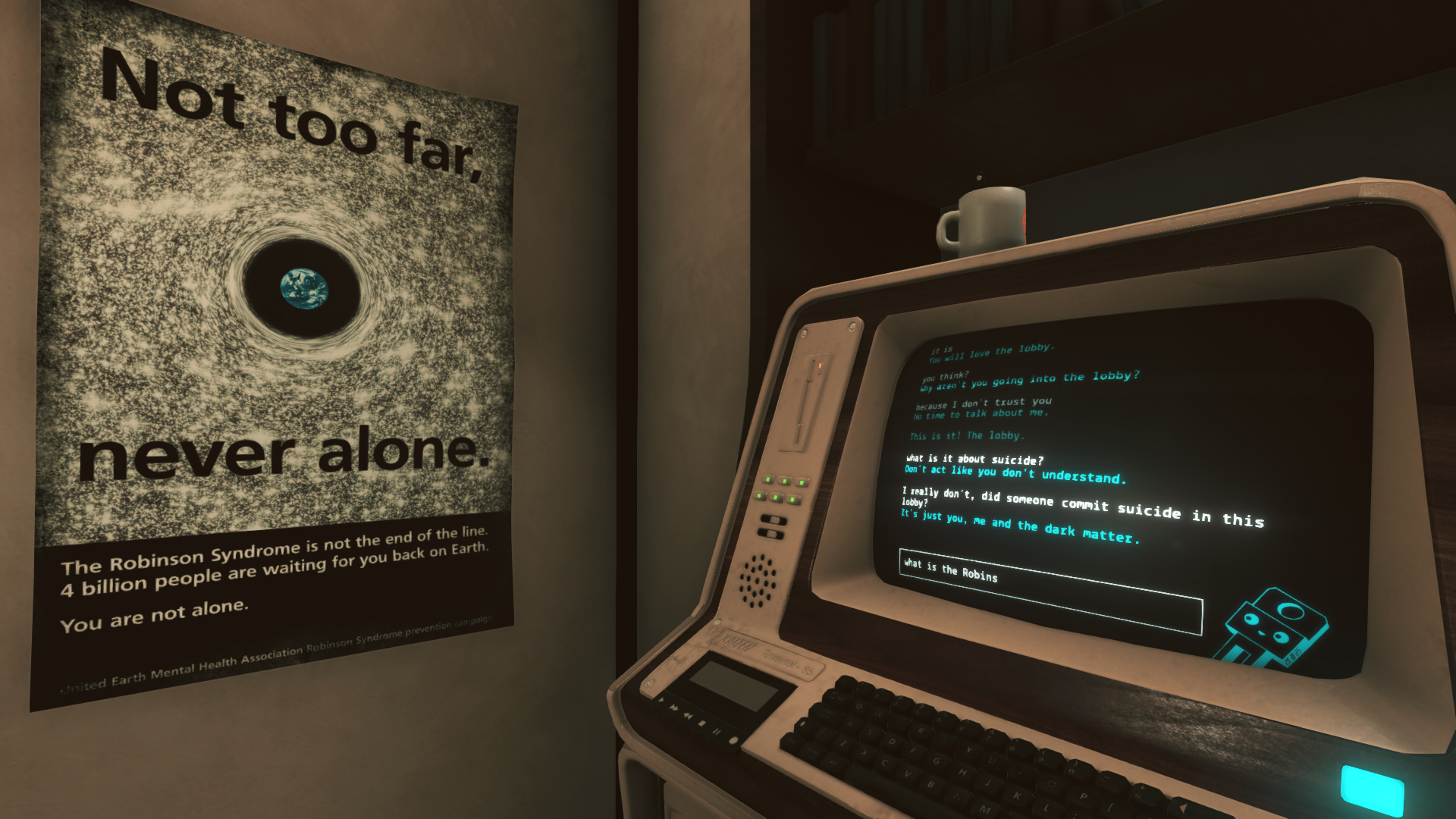 There are several different endings depending on choices you have made.  Again, for the sake of spoilers, I won’t reveal exactly how many. If I do have one complaint with the story it is here. The endings are good, and you should try and see them all. There is a tiny bit that nags at me though, in that there is what I would consider a major choice to be made near the very end. However, having run through all the possible outcomes, it became clear to me that choice doesn’t have any effect on at least one of the endings at all. Arguably, it’s the ending where that particular choice should make all the difference in the world, literally. But really, that is just a minor quibble, the ending does still work both ways.

Onto the graphics and sound. Event[0] is set in a retro-future world inspired by 2001: A Space Odyssey, Solaris, and Brave New World. If you are familiar with any of those works, then you will certainly recognize a lot of the art style. The art and graphics are superbly done and really help build on the atmosphere in the game. This can also be said for the sound. If OSTs are your thing, you’ll probably be asking for one for this game. Although at this time there is not one available, hopefully of course, this may change.