If you were a kid growing up in the 90s, you may remember Digimon, the long-running franchise where kids team up with monsters in the digital world. The last Digimon game that made it to the states was Digimon Dusk and Dawn for the Nintendo DS In 2007. Thanks to the 65,529 supporters who signed the petition asking Bandai Namco Games Europe and America, with some of their other titles including Dragon Ball: Xenoverse, Dark Souls 3, and the Tales Of series. To localize Digimon games again, we now have them back. This year, Digimon Story: Cyber Sleuth is the latest installment in the rebooted RPG franchise.

The game opens in the digital community called EDEN, a virtual consumer-oriented network run by Kamishiro Enterprises. In Digimon Story: Cyber Sleuth, you play as either the male or female protagonist who jumped at the chance to encounter a mysterious hacker, but unknown to you, leads you on your digital adventure. As you lose your physical body due to a strange virus and go into a coma, the player turns into a digital/physical hybrid, giving you special access to the online world. With the ability to tame Digimon, they help you to find the cause of the mysterious syndrome that is putting users of EDEN into comas. Unravel all the mysteries behind these dilemmas as you become a Cyber Sleuth junior detective. 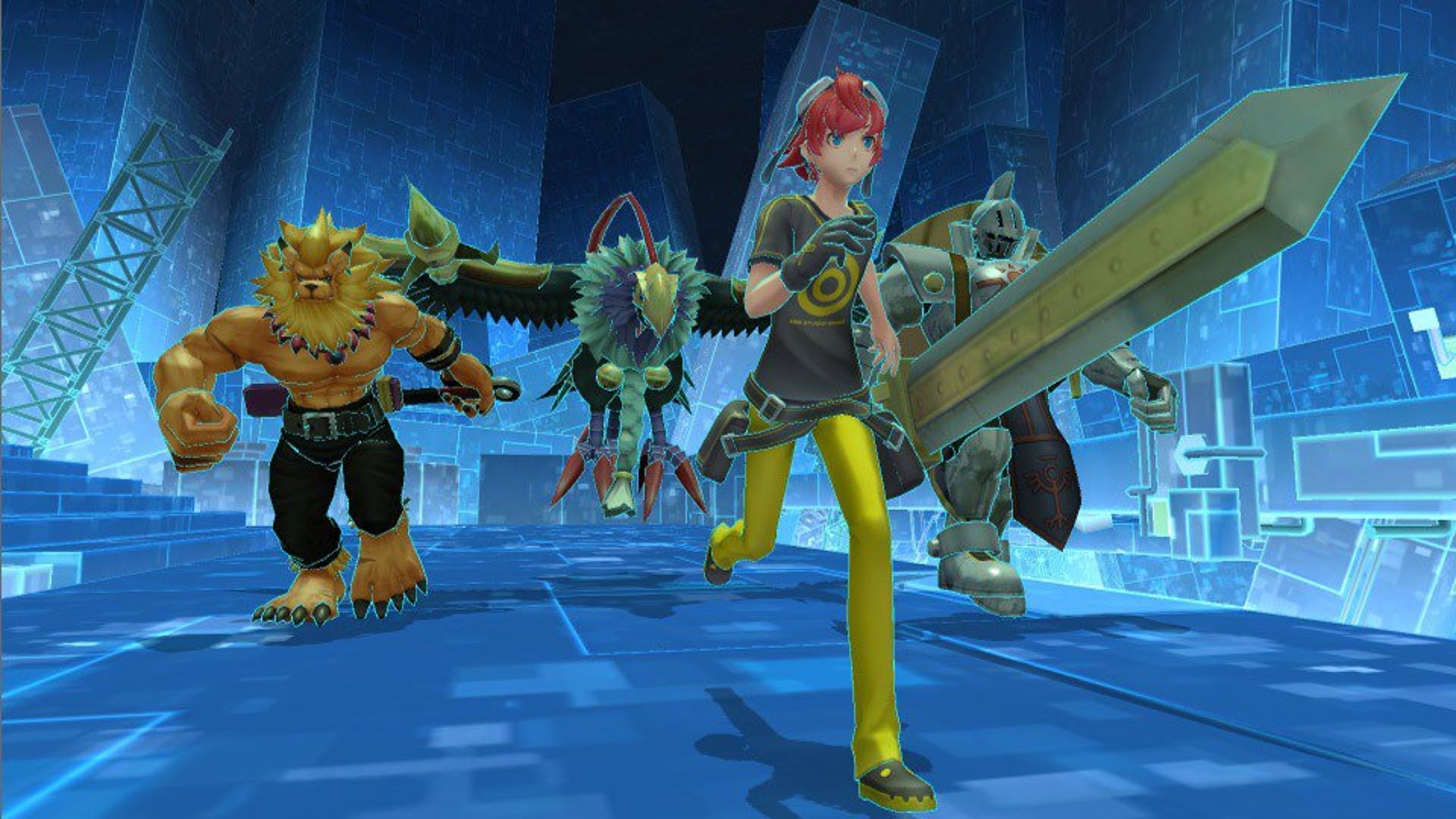 Digimon Story: Cyber Sleuth offers classic RPG gameplay. The battle system is easy to grasp. You can even press the ‘options’ button for automatic battles. There are over 240 Digimon in all, and each has a normal attack and guard, as well as skill attacks such as using WarGreymon’s terror force. Players can also choose to flee or use items to heal or boost a certain status. Progression in Digimon Story: Cyber Sleuth is based on completing main story quests and leveling up to unlock many areas over the course of your adventure.

When it comes to graphics, Digimon Story: Cyber Sleuth does an excellent job, even though the game was originally made for the PlayStation Vita. Yes, the game could have been a HD remake to fully use the PlayStation 4 graphics but they still look amazing. All of the environments seen in this game are based on actual locales seen in Japan, such as the multi-floor malls and the exciting Shinjuku district. The voice acting is kept in the original Japanese dialect and the localization is pretty decent for a detective RPG based over there. The soundtrack is definitely one of the best aspects of the game since it’s similar to the Persona series. If you want a certain Digimon, you have to spend time to raise your friend to get it, but it’s well worth it to get those strong variations of Digimon. 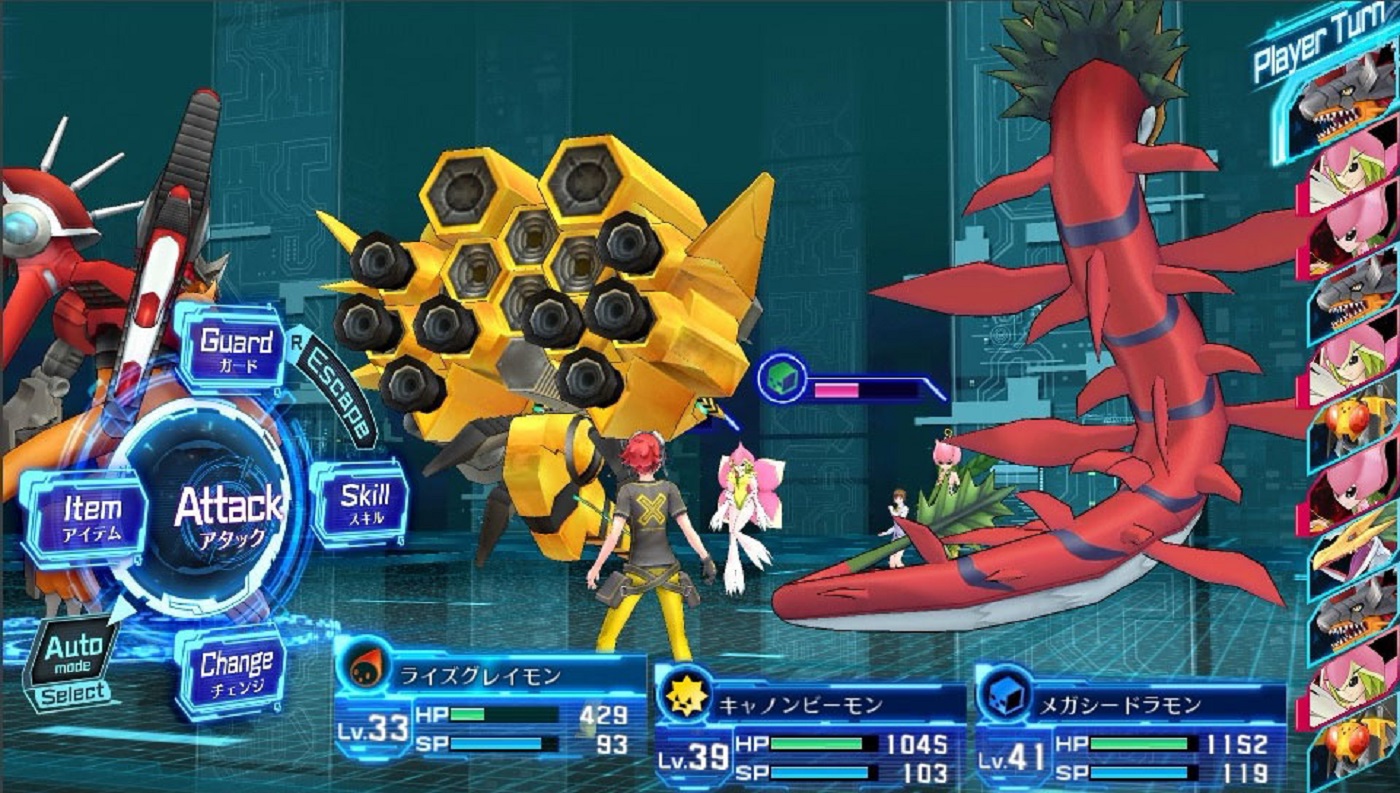 What I didn’t like in Digimon Story: Cyber Sleuth are the small dungeons, which could have been larger to give more life to them. Like with most RPGs there is a significant amount of backtracking involved. What I had trouble with were the advanced tournaments, which you can use to easily level up your Digimon, get more money, and scan the Digimon. Once you get up to unlocking the Platinum Cup, you may have a disadvantage against the powerful Mega Digimon and have to re battle them. However, that is a good thing since you can complete their encounter scan and get them on your team. Also, the random battles that you can’t see can either hurt you or be good for you, either way there are items and a Cyber Sleuth hacking skill that can decrease them.

All in all, Digimon Story: Cyber Sleuth is a good game with exciting, fast-paced gameplay that keeps the player busy from start to finish. Bandai Namco Games did a great job, and this is for sure a RPG game worth picking up if gamers want to see more Digimon games localized in the future.