If you’ve ever wondered what Silent Hill or Resident Evil would look like reimagined as a first-person point-and-click murder mystery, then you need look no further than indie game Dead Secret. Originally released back in November for the Samsung Gear VR, it’s now available on Steam in desktop format for those of us not yet lucky enough to own a headset.

Set in Kansas 1965, Dead Secret puts you in the shoes of ambitious reporter Patricia Gable. Smelling a big story when retired academic Harris Bullard is found dead in his study, she heads over to his isolated farmstead to investigate. The coroner ruled the death as natural, but the facts just don’t add up. Gable reasons that there are four likely suspects: errand boy Bobby Sawyer, live-in research assistant Josie Herrera, ex-wife Cynthia Peckman, and former colleague Graham Wellington. But, as with all good thrillers and whodunnits, there’s far more to this mystery than first meets the eye and it’s up to you to disentangle the complex web of intrigue. 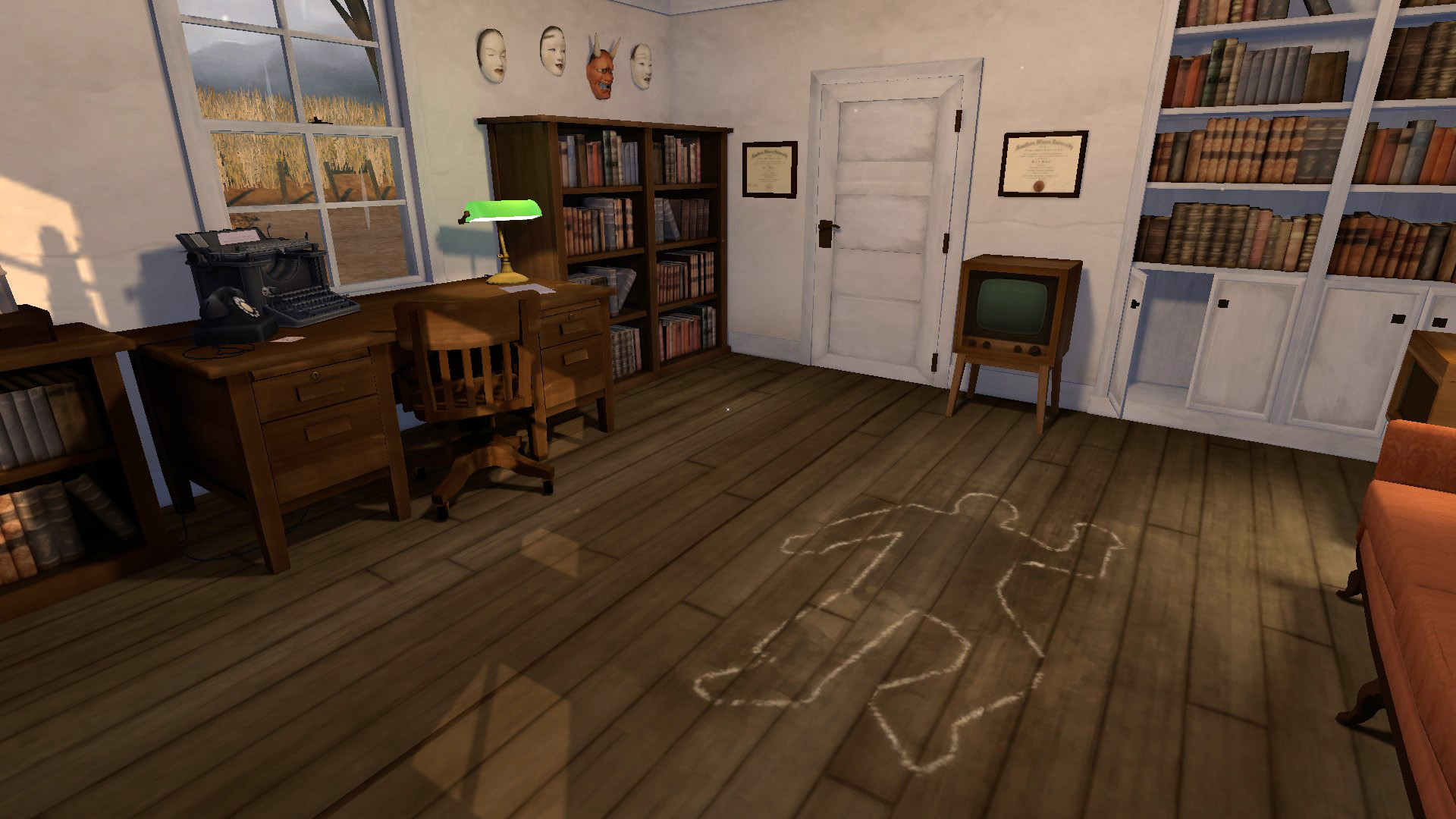 In some respects, Dead Secret is a fairly conventional point-and-click adventure. The gameplay largely revolves around exploring and interacting with the environments, searching for clues and useful objects, and solving all manner of inventory and logic puzzles – the style of which will be very familiar to fans of the Silent Hill and Resident Evil franchises. The narrative and your own character’s backstory are gradually revealed through clippings, correspondence, diary entries, etc., that have conveniently been left scattered all over the estate.

What makes Dead Secret different is the psychological horror element. As you progress it becomes increasingly clear that something is a bit off in the house and that maybe you’re not alone. Taking their cues from classic horror games and films, and adeptly employing a range of cinematic techniques and gameplay mechanics, Robot Invader have made playing Dead Secret an intense and unsettling experience.

The first-person perspective significantly restricts your view in comparison to the more traditional third-person camera. So when you first enter an area you don’t quite know what’s in there with you until you pan your head around to scan the rest of the room. Building on this you later acquire an “ideofocus” mask that allows you to see into the subconscious realm, so a room may not be as uninhabited as it first appears. The cramped but appropriately furnished spaces, which intentionally bring to mind Spencer Mansion from Resident Evil, create a real sense of claustrophobia. 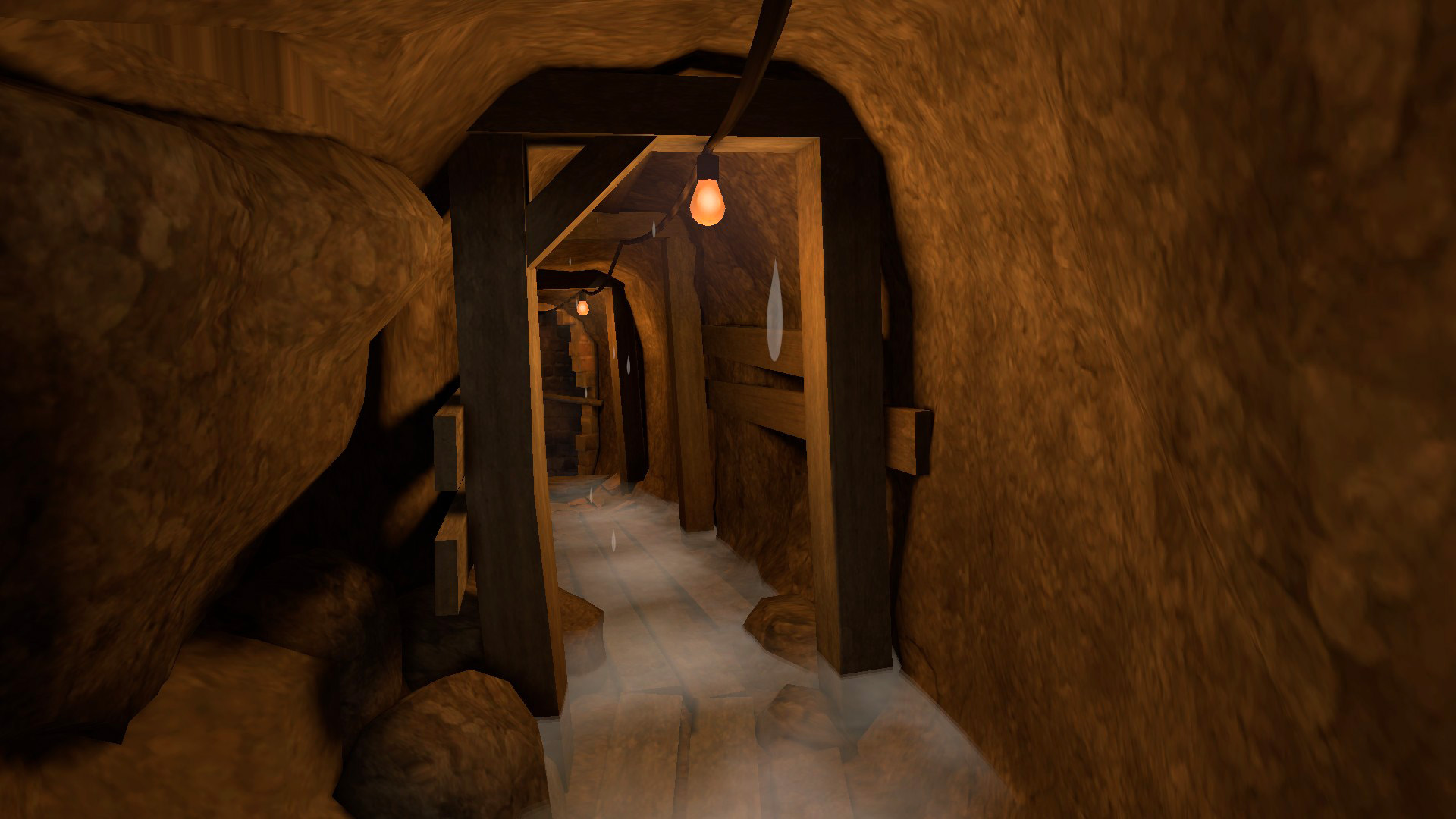 Then there’s the constant feeling of helplessness. Unarmed and with one arm in a sling, all you can do is flee or hide whenever you encounter a foe (yes, you can die!), whereas due to the point-and-click mechanics, you’re little more than a passive onlooker while Patricia slowly trudges over to a new location – it’s a great way of generating suspense. And let’s not forget the moments when you suddenly find yourself plunged into an eerie Silent Hill-esque Otherworld.

Bringing this all together is the excellent sound design, a chilling industrial soundscape that evokes Akira Yamaoka at his very best. It’s a skillful menagerie of melodic rock instrumentals, white noise, ambient reverberations, ominous synths, and unnerving silences. It all makes for some very tense moments and sets things up nicely for a number of credible jump scares and instances of peril.

Visually, the textures and models may be a tad simple, but the environments are atmospheric and pleasantly convincing thanks to some nice lighting and weather effects, close attention to detail, and realistic layouts. Apparently, the two bedroom house that forms the setting of Dead Secret was based on authentic architectural plans for a period home of that location, and this really adds to the immersion. 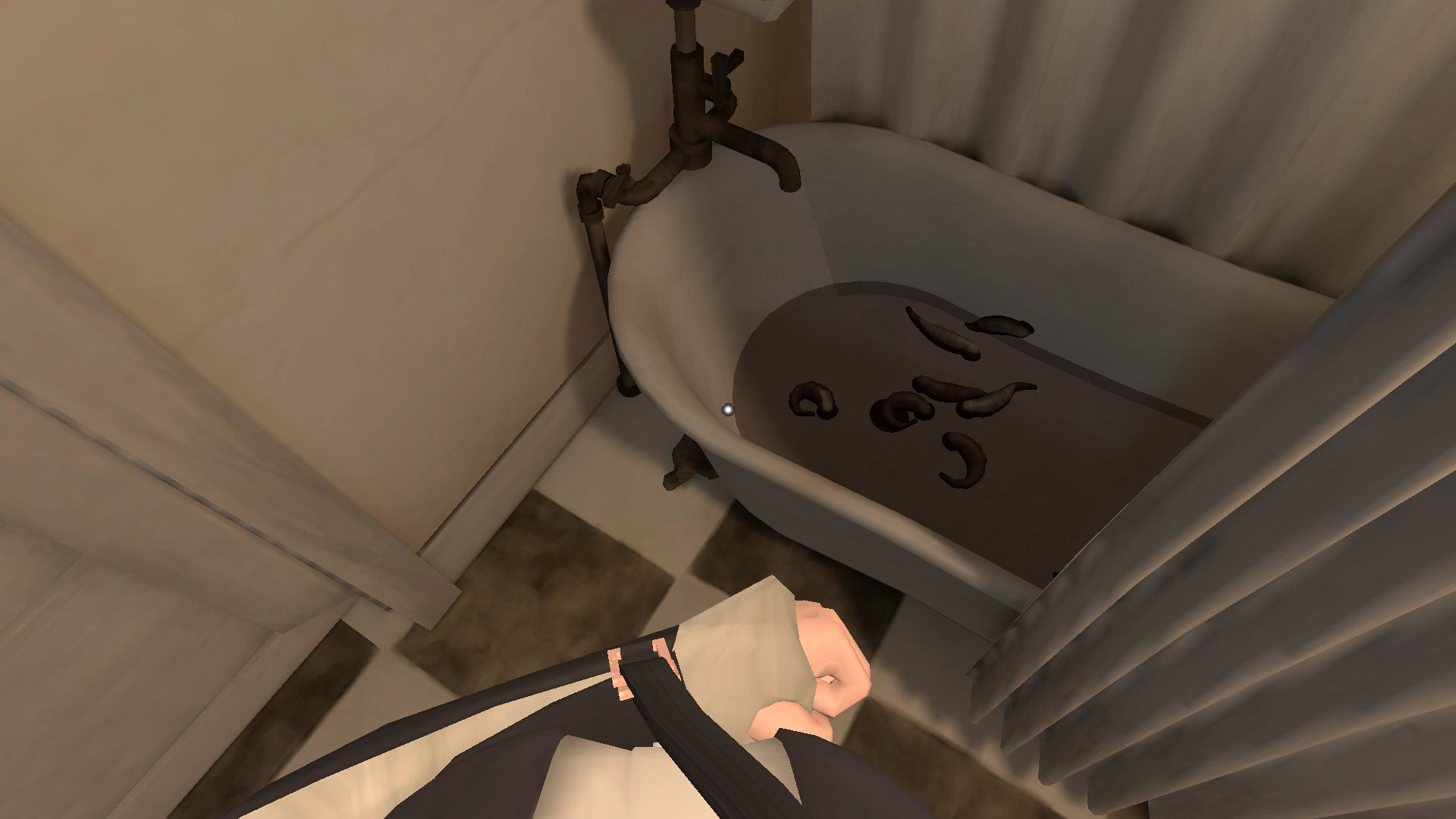 The multi-threaded story, enriched with Japanese folklore, is highly engaging and the pacing is excellent. However, the individual pieces didn’t quite fit together well enough at the very end for my satisfaction, leaving a few too many questions unanswered, which I won’t go into here for the sake of spoilers. I was also rather bewildered by the slightly patronising “have you been paying attention” pop quizzes at the end of each segment. And I thought that the alternate endings (there are five in total) added little value and were far too easy to achieve. That said, the ability to simply run away after receiving a warning from the sinister Noh-mask wearing Woodcutter was a very nice touch.

And while the puzzles are varied and entertaining enough, they’re not especially challenging and the hints are perhaps just a little too blatant. Some may also be frustrated by the game’s very linear nature. Generally, the classic point-and-click adventures allow you to tackle several problems simultaneously and provide a certain freedom for exploration. But in Dead Secret items tend to be found close to where they are needed and the puzzles are used to heavily gate progression. Only when the current objectives are completed do you gain access to new rooms as well as convenient shortcuts.

As game director Chris Pruett explains on his developer’s blog, this was a deliberate design decision intended as a calculated trade-off for the restrictive movement system, something that was designed with VR and the horror aspect in mind and can make wandering through the dense locales a little cumbersome at times. Personally, I understood the rationale for this, particularly in a story-driven game that relies on a precise structure to build up suspense, and so didn’t have a problem with it. 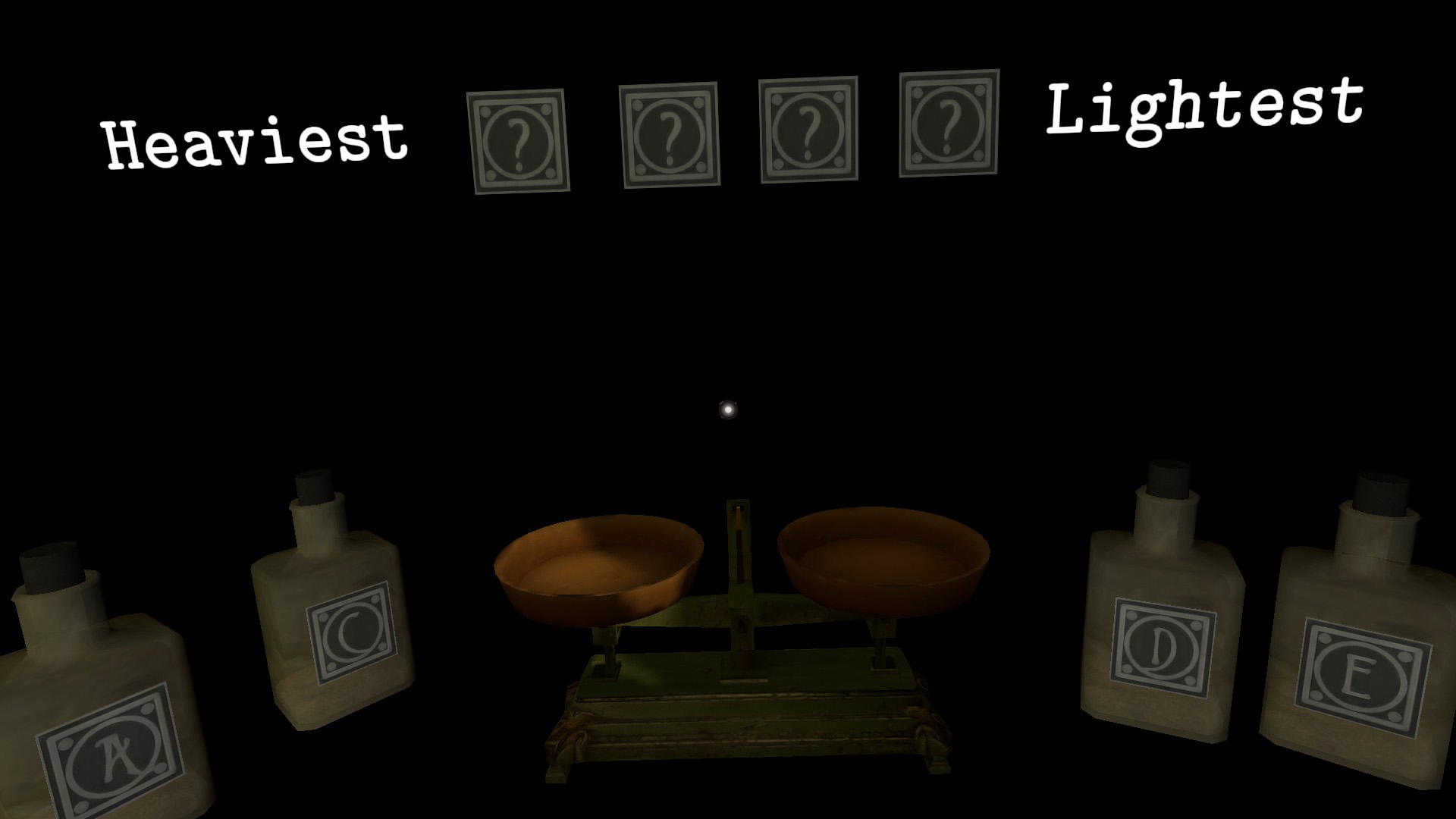 Despite a few shortcomings, I really liked Dead Secret. It may be a relatively brief game, only providing around three to four hours of entertainment, but the story and narrative structure are highly engaging, the atmosphere and tension are fantastic, and the sound design is some of the best I’ve come across in a while. In short, even without a VR headset (and this is the first game to really make me want one) it’s an incredibly immersive and worthwhile experience and should appeal to both horror and adventure game fans alike. And at £10.99 it’s hard to complain too much, especially as it also includes the VR edition should ever you take the plunge.