The Dark Mountains is the second expansion for the Viking-themed worker placement game, Champions of Midgard, the first being Valhalla, which I have recently reviewed and can be read HERE.

So, let’s find out if Champions of Midgard: The Dark Mountains will rise high towards the gods or be the foreboding impassable barrier to a great base game.

I’ll begin by going straight into what you get in the box for reasons that I will explain later. The Dark Mountains expansion adds a large number of cards to the base game, such as extra Trolls, Monster and Draugr cards, as well as the new Bergrisar, who are giants that inhabit the mountains. The new Bergrisar are placed on their own board that will be placed to the side of the main game; I can safely say that these expansions will take up a lot of room, although the artwork on all the cards and board is superb, with the Vile Priest and Dark Shaman being my personal favourites. 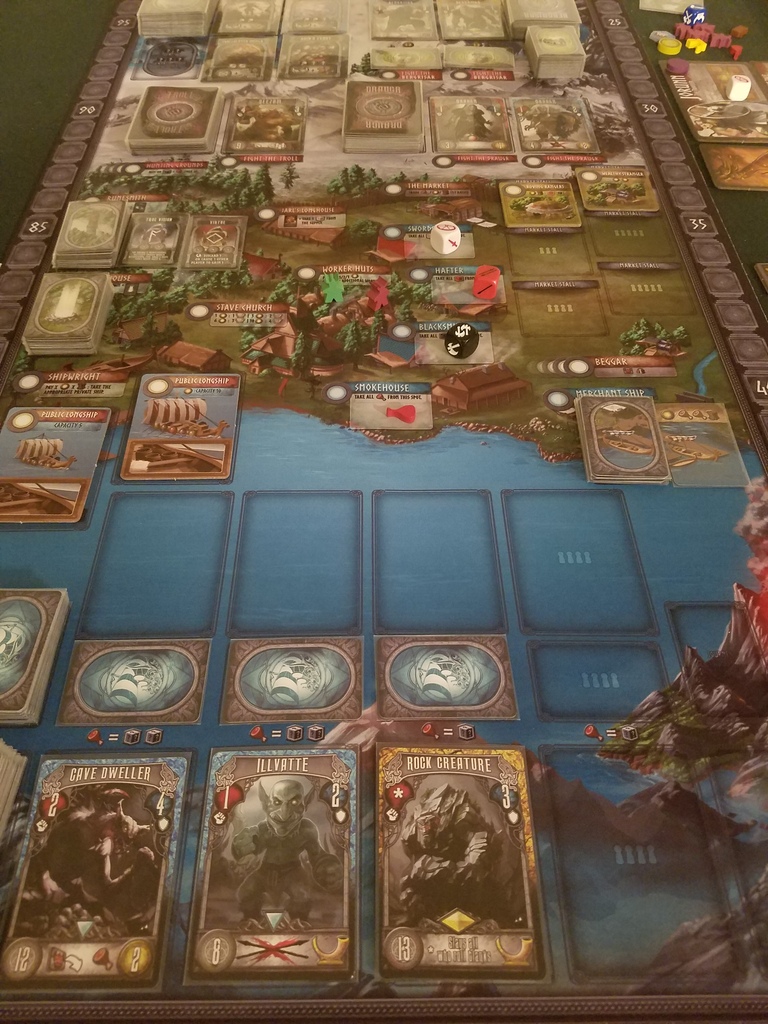 The game introduces the new Archer dice that can not only be used for defeating your enemies, but are also ideal for collecting food as 3 of the six sides offer double hits when hunting.

As with Valhalla, The Dark Mountains offers two new characters with which to play the game. The first is Jorunn the Traveller, who can gain extra glory when turning over a journey card. The second is Ragnhild, who can choose to take a Spearman or Axeman dice when activating the Jarl’s Longhouse instead of a Swordsman. Neither have mind blowing special abilities, really, and let’s be fair, in many games Ragnhild may not ever get to use his ability, but it’s always nice to mix things up with new characters. 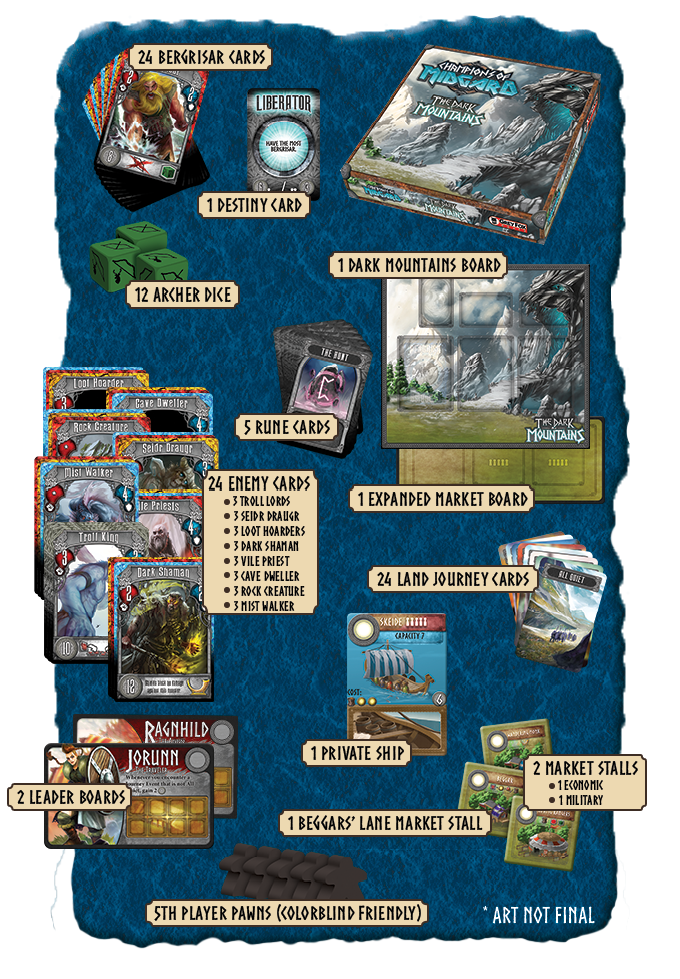 The Dark Mountains offers a fifth player option with extra meeples and another Longship provided, as well as a small market stalls board to sit beside the main board (yep, another board).

That was the new components, and if you are familiar with Champions of Midgard, you will probably be asking how all this changes the base game. In truth, it doesn’t: Sure, you get to travel and fight the Bergrisar, but this is achieved in exactly the same way as if you fought the Monsters, only without the need for a Longship. One player places as meeple in their spot then assigns and fights as normal. The Bergrisar are of medium difficulty to defeat and offer glory points, as well as the new Archer die. 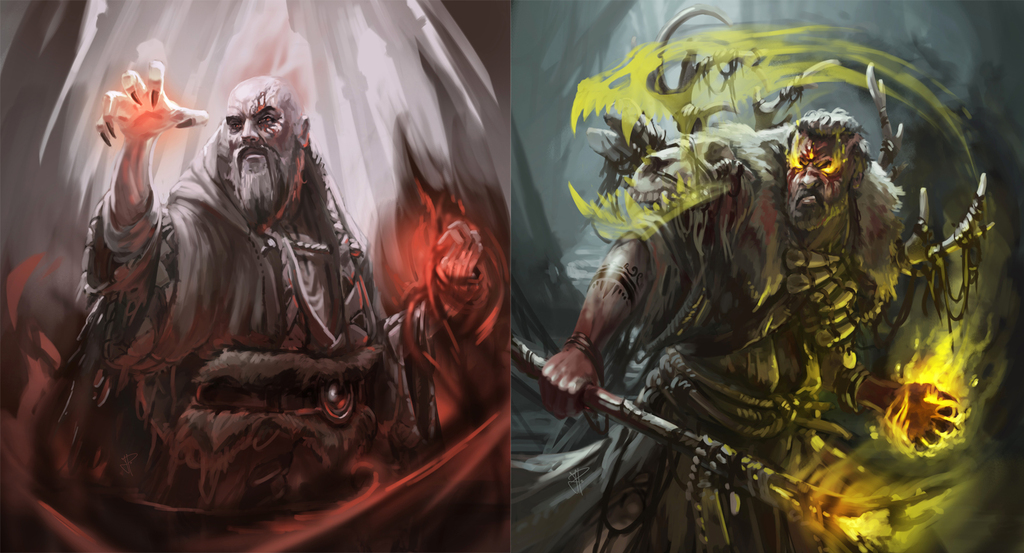 I purposely jumped straight into the components of The Dark Mountains at the start of this review because there’s nothing in this expansion that changes the base game in any way, shape or form. There’s new stuff, new monsters, new characters as such, but the game plays exactly the same, only now you have to add more time onto the 90 min. advised playtime, a lot more time if you use both expansions and add that fifth player. I like the introduction of the Troll Lords and Seidr Draugr, as well as all the new Monsters, but it’s simply beefing the base game out rather than enhancing the gameplay.

Buy your own copy of Champions of Midgard: The Dark Mountains at Esdevium Games HERE. Find your nearest game store HERE. 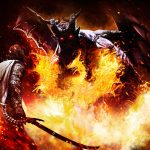