Mobile gaming is fast becoming a handheld force to be reckoned with with high end devices rivalling most PC’s in terms of hardware. So too is the software that lurks within. But not all of these game need, or even want, to compete against the best graphics or immersive gameplay. A lot of mobile games are simple time killers, games you can pick up and play whilst commuting on a crowded bus or train.

The best time killers are endless runners, games that require just a few slides of the thumb to make your running character jump or roll. The premise is simple, stay alive for as long as possible to get the highest score. These games are a fantastic starting point for would be developers. The very thought that crossed the minds of indie devs, Coin Flip Games. Their very first game Bitmite Blitz is out right now for Android and iOS devices. 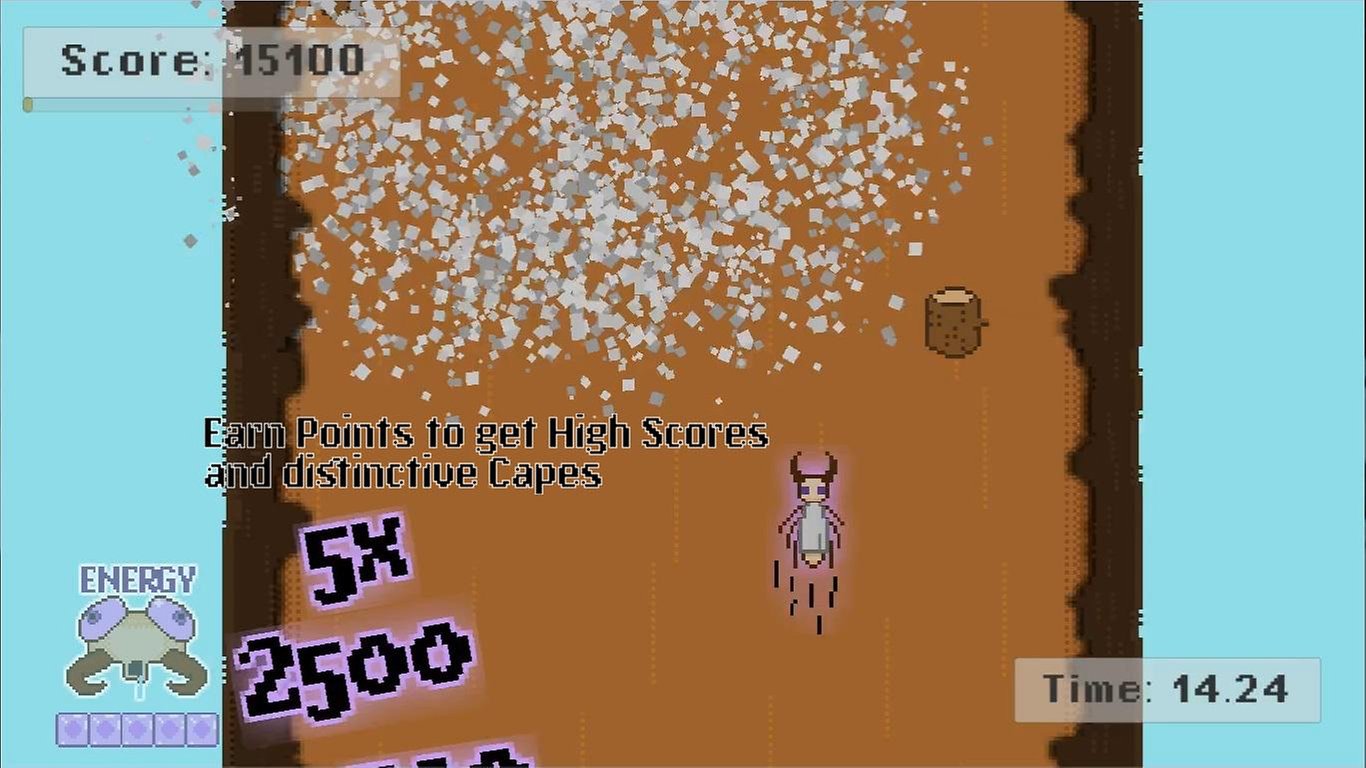 Bitmite Blitz is easy to overlook. It’s shoddy looking pixelated graphics is way overshadowed by the mighty Temple Run or Jetpack Joyride but I urge you to give this game a once over. From the moment I tapped the icon showing the lead termites face, I was greeted by some of the funkiest 8-bit tunage since my NES days. I had two options, touch controls or tilt controls. Touch requires you to use your digit to guide your trusty termite whilst the more challenging tilt controls has you tilting the device. Touch is far easier. You can easily collect tree bits and power ups by just zipping your fingertip over them as your pixelated creepy crawly endlessly crawls vertically upward or sideways. 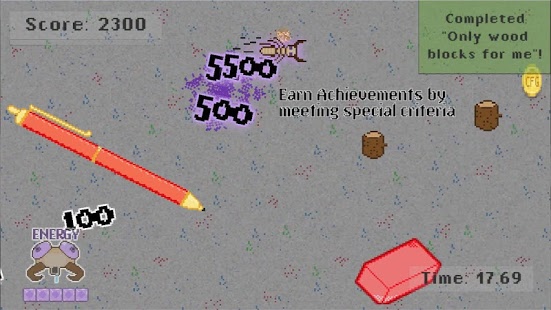 My goal was simple in this first stage, climb a never ending tree collecting tree bits and energy drinks which sped me up a bit whilst avoiding pecking beaks of birds and huge spiders which homed in on me. It starts off easy but more objects and enemies increased in intensity and frequency. My five minutes playing whilst sat on the toilet turned to 15 as I started to feel my legs going numb. Bitmite Blitz is seriously addictive.

The second level opened up after I got a higher score unlocking an achievement. My termite friend was now walking endlessly sideward on what I can only assume was a deck as I avoided erasers and flying staples. There was a new power up, a bomb that cleared the screen of obstacles and enemies. A welcome addition with what I can only assume more to come.