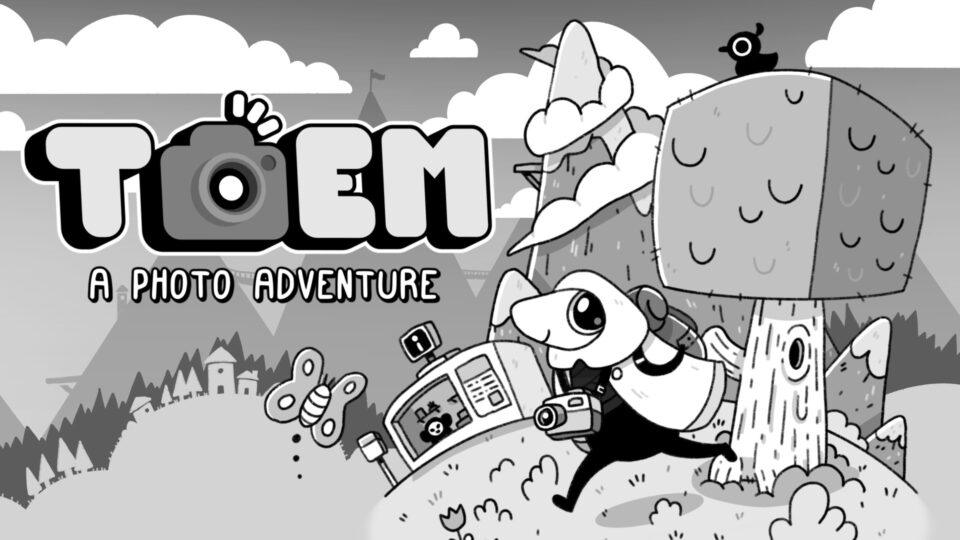 I’m no photographer, but there’s something immensely satisfying about viewing the world through a camera lens. Not only is the memory permanently captured, but looking back, you often find details you initially missed. Of course, it is important that you take a moment to appreciate the sight with your own eyes, but memory is a fickle thing. Details fade and blur, but photographs remain constant.

Something We Made’s TOEM capitalises on this idea by taking the player on a charming journey, equipped not with a sword or shield but with a vintage camera with a pretty impressive dynamic zoom. It’s no gimmick either. Photograph modes have become increasingly popular over the last few years, with the feature being almost commonplace within triple-A video games. Some of these photo modes are pretty extensive, and those with a much more photographic eye than myself have managed to snap some truly beautiful in-game moments, but they don’t have any actual in-game function. Other games, like TOEM, incorporate cameras directly into gameplay so we have to make full use of it to solve the puzzles we come across throughout our journey. 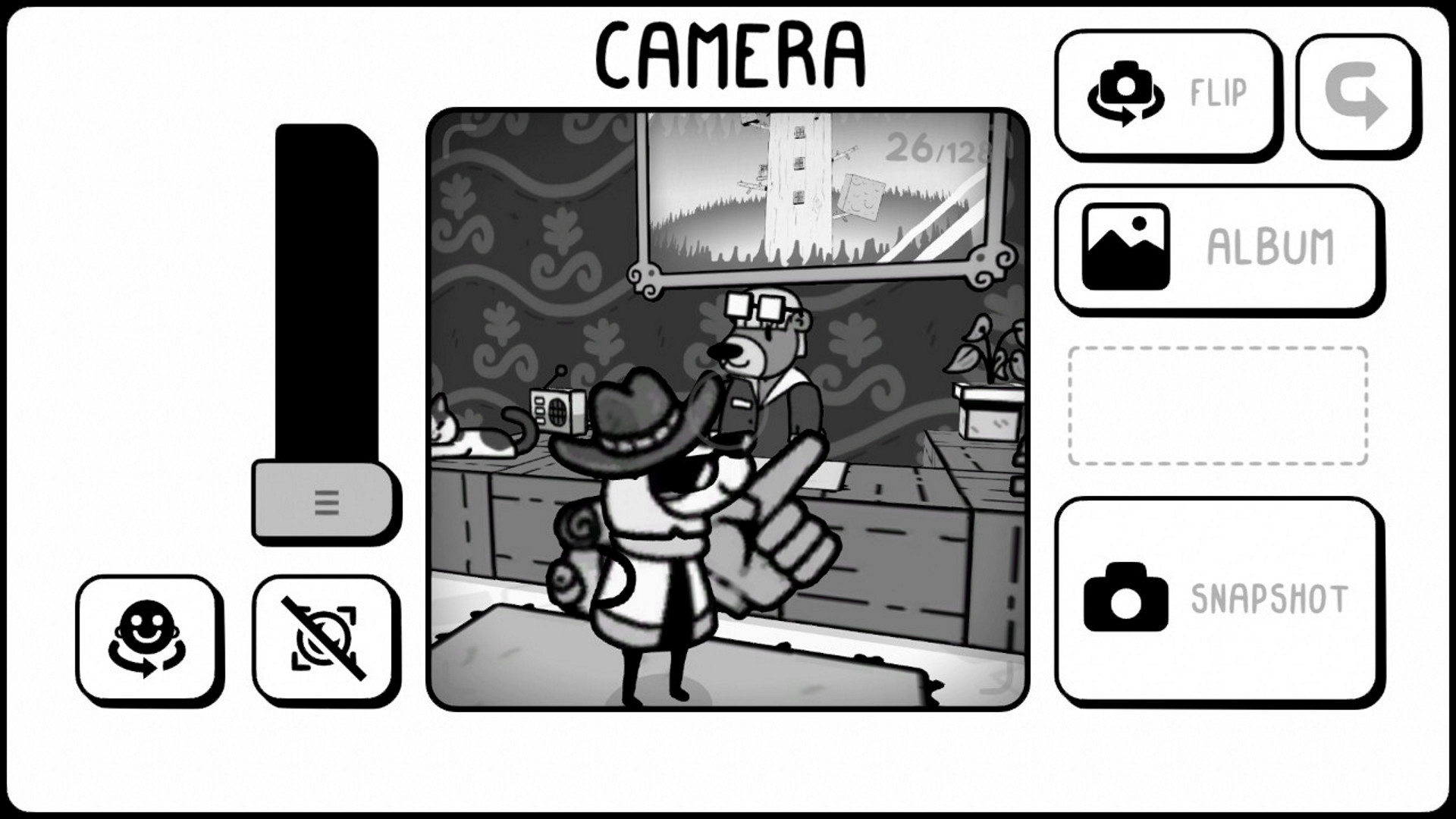 So, what is TOEM all about? Putting it simply, it’s about an expedition to the top of Kiiruberg Mountain to view the magical phenomenon known as TOEM. We don’t know all that much about our protagonist – not even what they are – but it appears that they live with their nana who undertook the same journey when they were their age. A right of passage, of sorts. Before we set off, we’re gifted with nana’s old camera to document our journey.

In order to reach Kiiruberg Mountain, however, we have to get there, and we do that by bus. Not exactly the most exciting form of transportation, but it’s convenient, and as part of a community initiative, travel is free for those willing to lend a hand to those around them. You’ll be awarded a stamp for each person you help – collect enough stamps and you can trade them in for a free bus ticket. Each ticket will only take you to the next location on the map though, so you’ll be making a few stops. 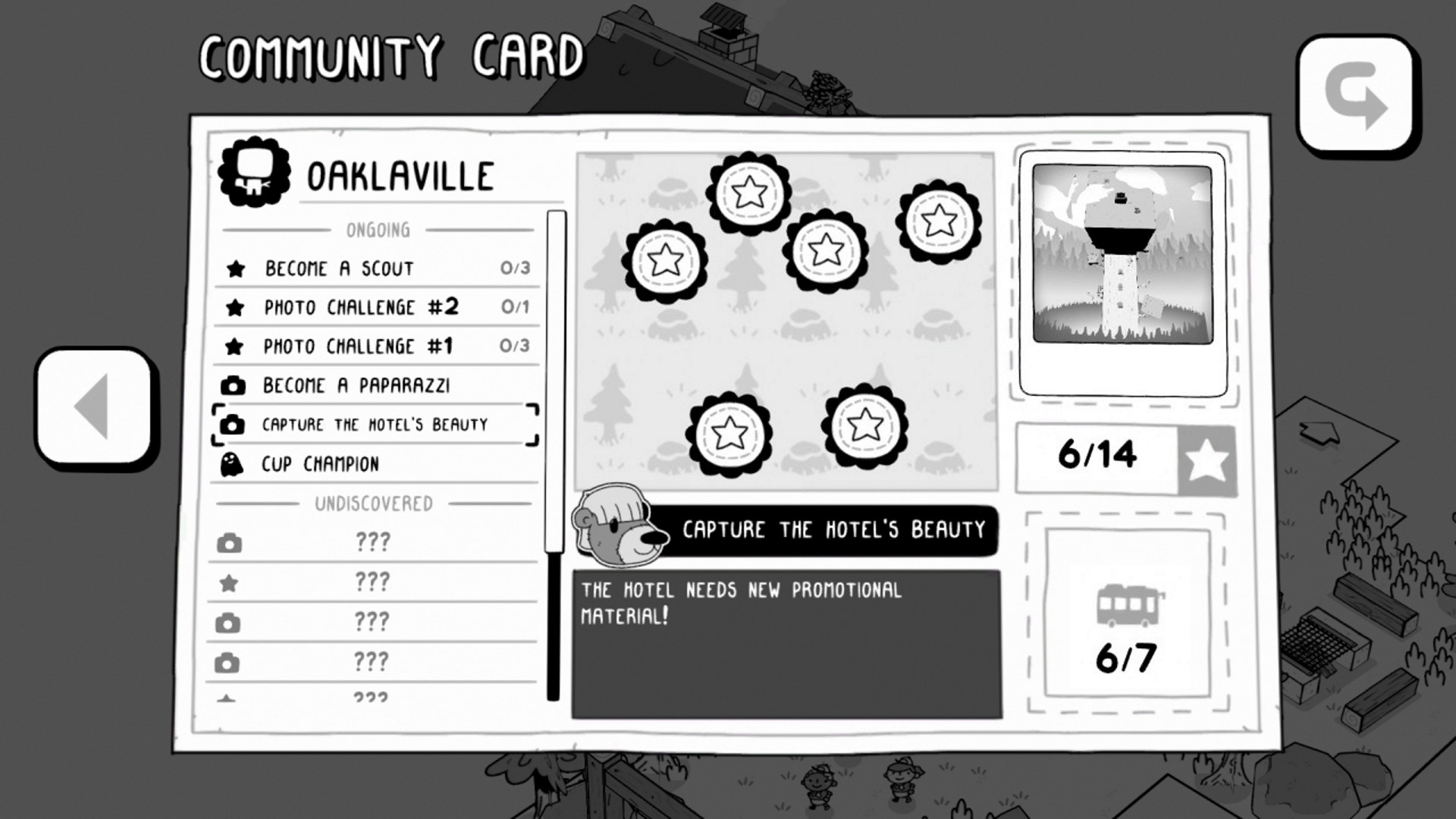 Each area you visit on your way to the mountain is filled with quirky characters ranging from typical humanoid residents to more obscure yetis and balloon families who all need you to solve their problems. You can expect to solve these problems by showing the quest-giver a photograph of the object or location relating to their problem, finding and retrieving a lost object or using your camera to pinpoint things.

There’s a nice variety of puzzles to solve. Some are fairly straightforward – enough for you to progress to the next area – whilst others take a little more thought, which will appeal to those who want more of a challenge. For the completionists amongst us, there is also a compendium section within your photo album for you to fill with pictures of all the animals and insects you’ll come across throughout your journey, so be sure to keep an eye out. Oh, and you can pet the cats and dogs you meet too. I always get a little miffed when I see an animal in a video game but can’t pet it because that just goes against my natural instincts. Needless to say, I’m immensely grateful for the addition of that feature. 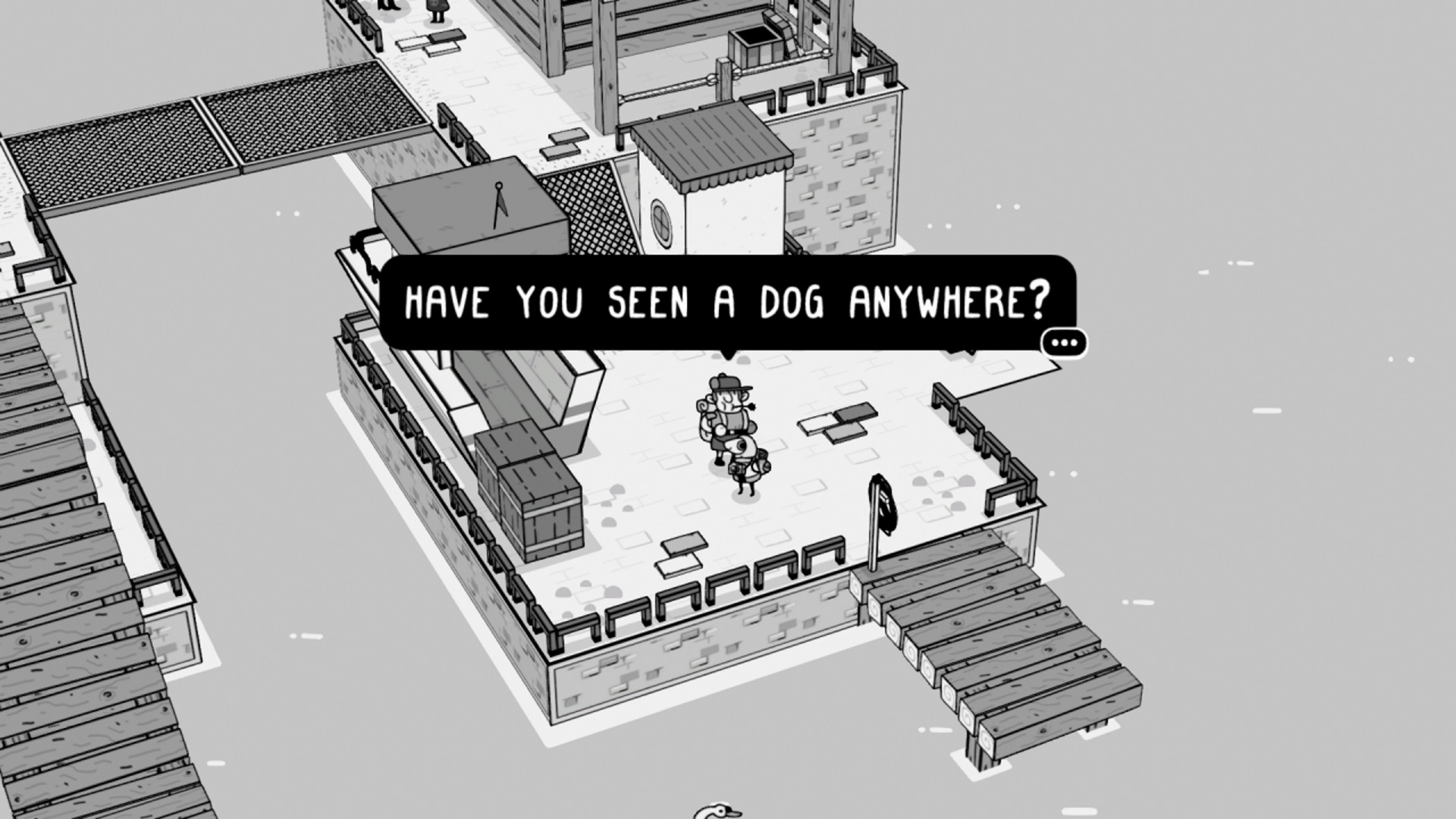 Graphically, TOEM is pretty simplistic but charming all the same. It’s a hand-drawn, greyscale adventure taking inspiration from Scandinavian landscapes and incorporating both 2D and 3D elements. Mimicking the telescopic zoom of the protagonist’s trusty vintage camera, we can zoom in and out of the scene as we please. There are only five locations, but they are all vastly different in design. We start off in the aptly named Homelanda – a small, quaint area where the protagonist lives. From there we pass through a calming forest, a tourist beach, a hectic city and a snowy mountain region. Some areas aren’t instantly accessible and need you to complete specific puzzles before you can reach them.

TOEM’s music comes in the form of a minor gameplay mechanic. Along with your camera, the tripod and community stamp card you pick up early on, you also have your Hikelady. Throughout your journey you’ll pick up several cassette tapes, which you can shuffle through as you play. 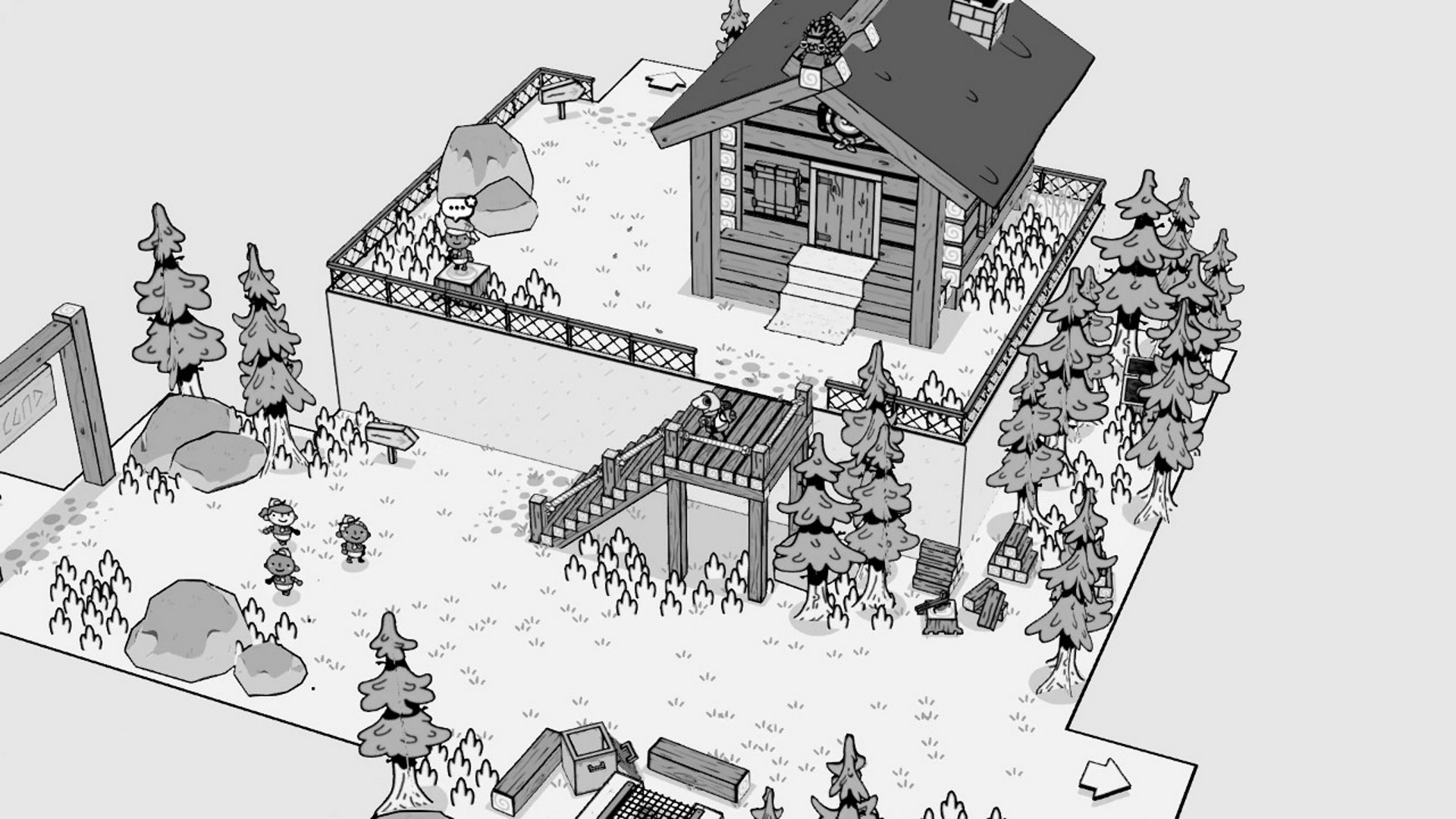 With no enemies to contend with, and the only thing you need to concern yourself with is being a good Samaritan, TOEM is actually pretty relaxing. Everything from the design to the music creates a sense of calm, and I took great pleasure in plugging my earphones in and losing myself in this charming, photographic adventure. If I had one criticism, it’d be that TOEM is just a little short. On average it takes about four to five hours to reach the end – a little more if you want to complete everything the game has to offer. It took me just over six hours to complete everything. That being said, I can imagine that the gameplay might have gotten a little boring if the developers had tried to drag it out too much further, so this is just me being pedantic.

Developer: Something We Made

Publisher: Something We Made 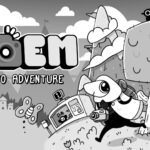 Gaming Respawn’s copy of TOEM was provided by the publisher. 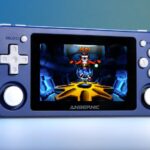 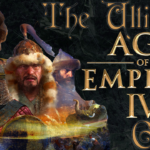