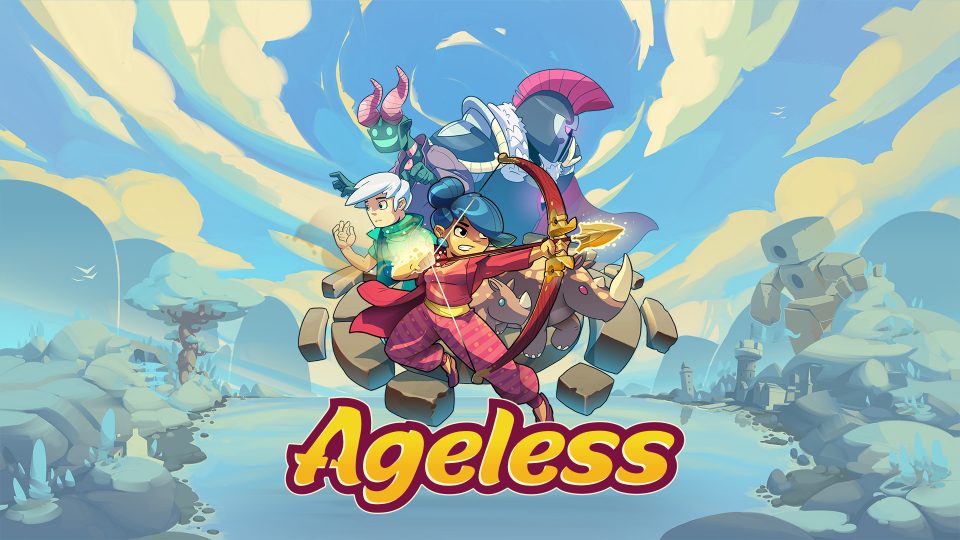 With the popularity of 2018’s Celeste, it was only a matter of time before we saw developers release games of a similar style. Ageless is a new 2D puzzle platformer game developed by One Dream Studios and published by an indie dev’s best friend, Team17. While it’s clear that it takes inspiration from the 2018 smash hit, does this game feel like an uninspired clone, or did the developers do enough to make their game a unique and engaging experience?

Similarly to Celeste, this game is a girl’s journey to find meaning in her life. Our protagonist, Kiara, feels like she isn’t good enough and is searching for meaning, which takes the form of a ‘gift’, a mystical power that Kiara wishes to find so she can find purpose in her life. The gift grants her the power to speed up or slow down the flow of time. Kiara then gets wrapped up in a wild inter-dimensional goose chase with her new powers in order to fix the wrongdoings of a certain character who is hell-bent on saving their family member. As 2D platformers go, this game has more story and character development in its left ball as other powerhouses in the genre have, but it lacked the emotional punch that would’ve elevated this game onto a perch beside Celeste. Certain story beats, like part of the screen being blurry due to the racing thoughts of Kiara, should’ve been explored more as you progress through the game. Unfortunately, they are forgotten as quickly as they are introduced, leading to a rather flat story. 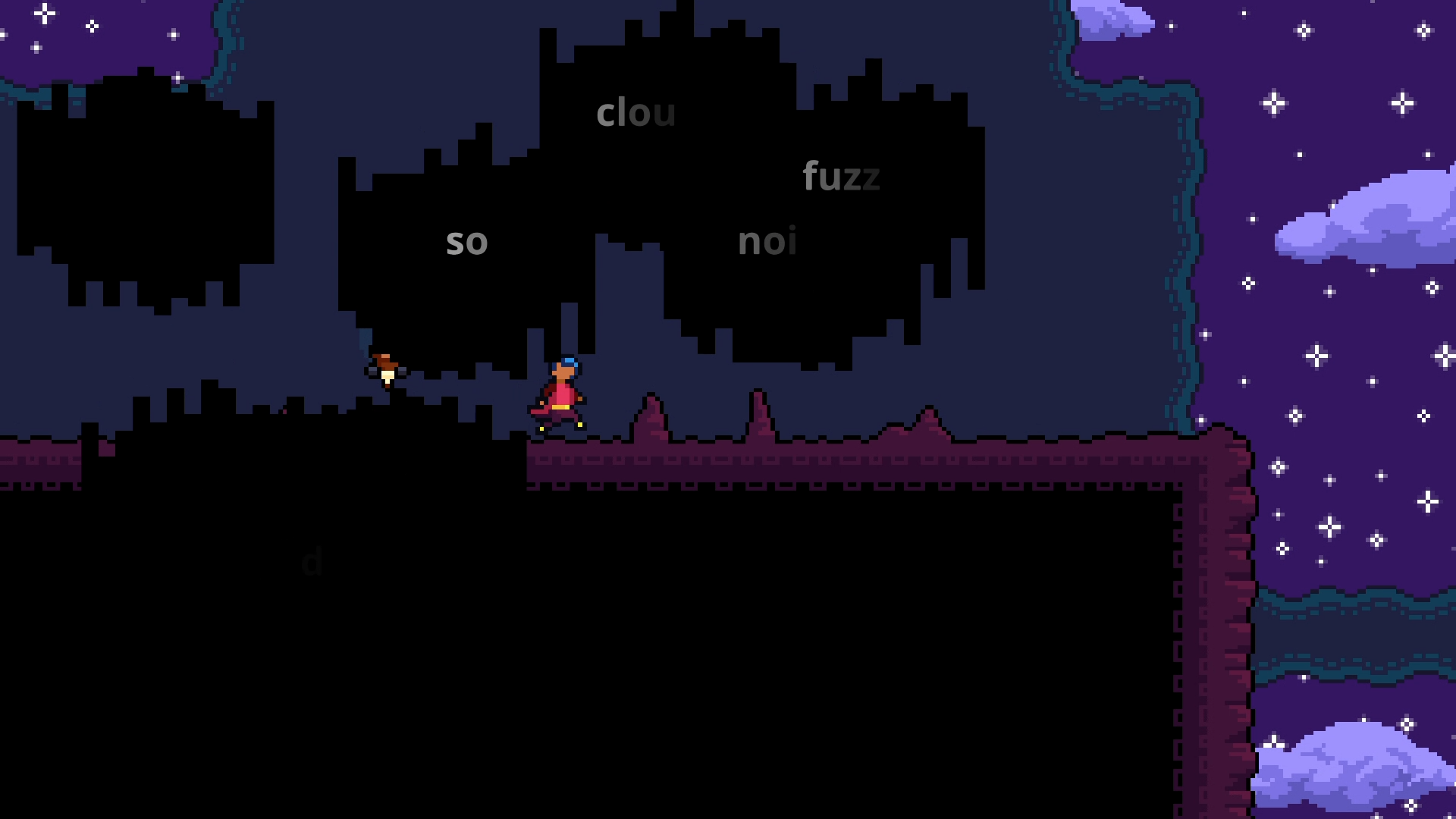 Ageless opted for a minimalist pixel art aesthetic; from characters with no facial features and un-cluttered backgrounds, the game has a level of simplistic beauty that made it a joy to look at. Each area has its own style, meaning you won’t be spending too long in one place before you’re introduced to a new one full to the brim with its own theme, enemies, and music. And speaking of music, some tracks are really great, especially early game areas and boss themes, but the later levels’ music didn’t resonate with me in the same way, especially Vestige’s. The overall visual presentation is top-notch.

Now into the most important part of a 2D platformer. How does the game control? I’m happy to say that it is a fantastic gameplay experience. Every jump feels accurate, and Kiara has enough movement mid-air that I could correct any jump I missed (which would happen often). But what about the game’s main mechanic, Kiara’s magical bow? It can alter the flow of time, and each enemy type in the game has 4 levels of age, so each one has its own use in puzzles. So for example, this enemy has 4 different states, the first being nothing but fodder, the second being a vertical platform that you can bounce on, the third being a shield that launches you horizontally and the fourth conjuring platforms for you to ride across gaps. 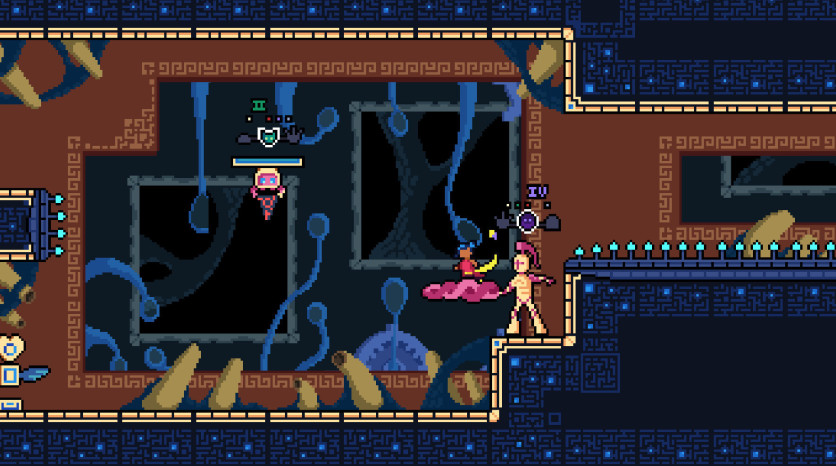 Plain and simple, this game is genius. The sheer amount of variety in puzzles is outstanding, and the developers really pulled it out of the bag with some of these designs. They were designed by people who are way smarter than me. You get accustomed to the enemies with the easier puzzles, but they quickly ramp up in difficulty, with multiple different enemies all needed to do different things to get you to the end of a room. Some of the puzzles were real head-scratchers and I was spending a lot more time on some than I would be willing to admit. If anything, the game was too intricate for a small-brained person like me. And don’t even get me started on the optional rooms, I all but gave up on these near the end because my brain was catching fire trying to figure them out. The final few areas, which mash all the previous areas into one, are some of the toughest puzzles I have ever completed in a game, and I’d like to take some time to pat myself on the back for beating them. 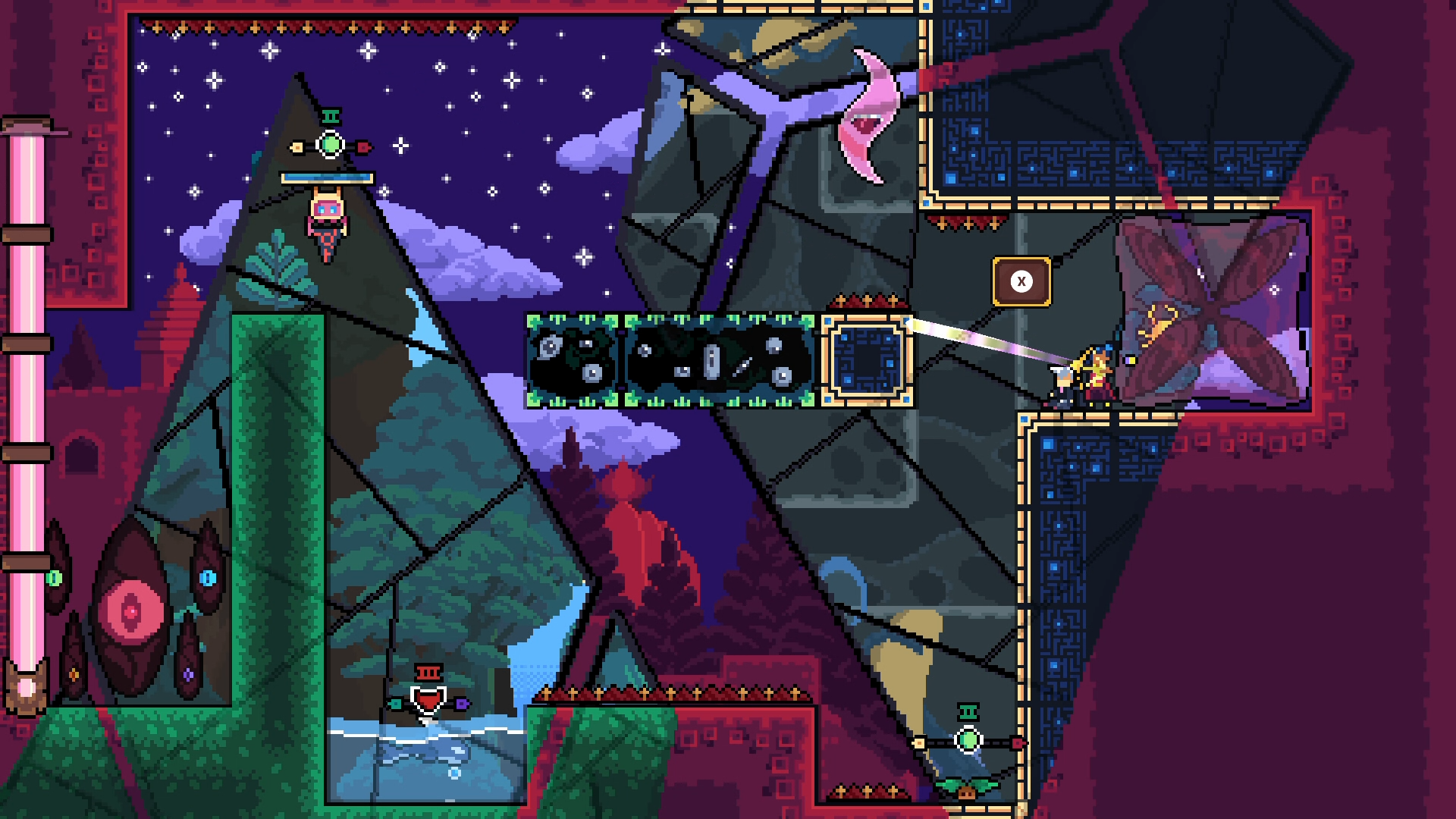 My main gripe with the gameplay is something I assume is specific to the Nintendo Switch version. The accuracy and timing required for the bow (which a controller, especially the Joy-Cons, can hinder) led to plenty of frustrating deaths where I took too long to aim the bow or missed my shot by a fraction. Out of curiosity, I watched some PC gameplay, and the player didn’t seem to have the same problems as me. For my pride, I will assume this is due to the accuracy you can achieve on a mouse over a controller and has nothing to do with my own skill.

This game is a tough as nails 2D platformer that will test your metal. Some rooms might have taken me an age to beat, but the satisfaction I felt when beating them was the reason I kept returning. Where it might lack in story depth, the vibrant visuals and complicated puzzles made up for it in spades. The game may fall short of its inspiration, Celeste, but it’s still worth the time of any 2D puzzle platformer fan. 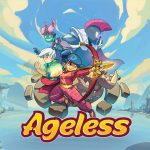 Gaming Respawn’s copy of Ageless was provided by the publisher. 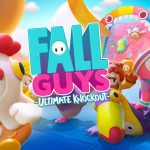 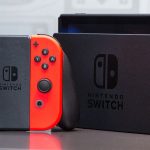