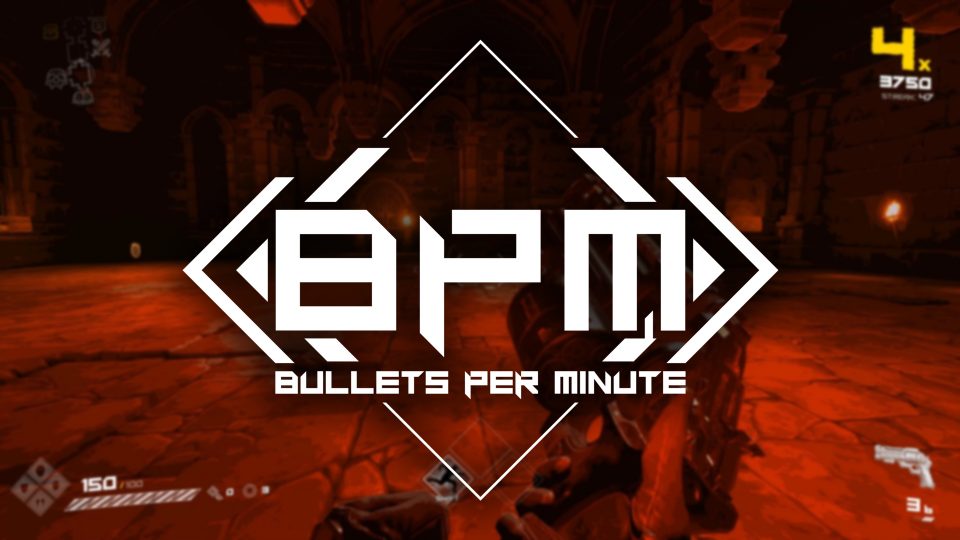 BPM: Bullets Per Minute is the next game in the extremely popular roguelite genre, a genre that I have been in love with since I played 2011’s The Binding of Isaac. What started out as a twist on an already existing genre has now become a genre that is home to some brilliant games. FTL: Faster Than Light, Dead Cells, and many more come to mind when I think of this amazing genre. Other developers have tried their hand at FPS roguelites, like Ziggurat and STRAFE. The list goes on and on, so let’s see if AWE Interactive created a compelling roguelite in BPM: Bullets Per Minute. So just a heads-up, this is a preview build containing the first 2 floors, 2 characters, and a handful of challenges to unlock. Roguelites and fast-paced shooters are right up my alley, so I am the target audience for this type of game. 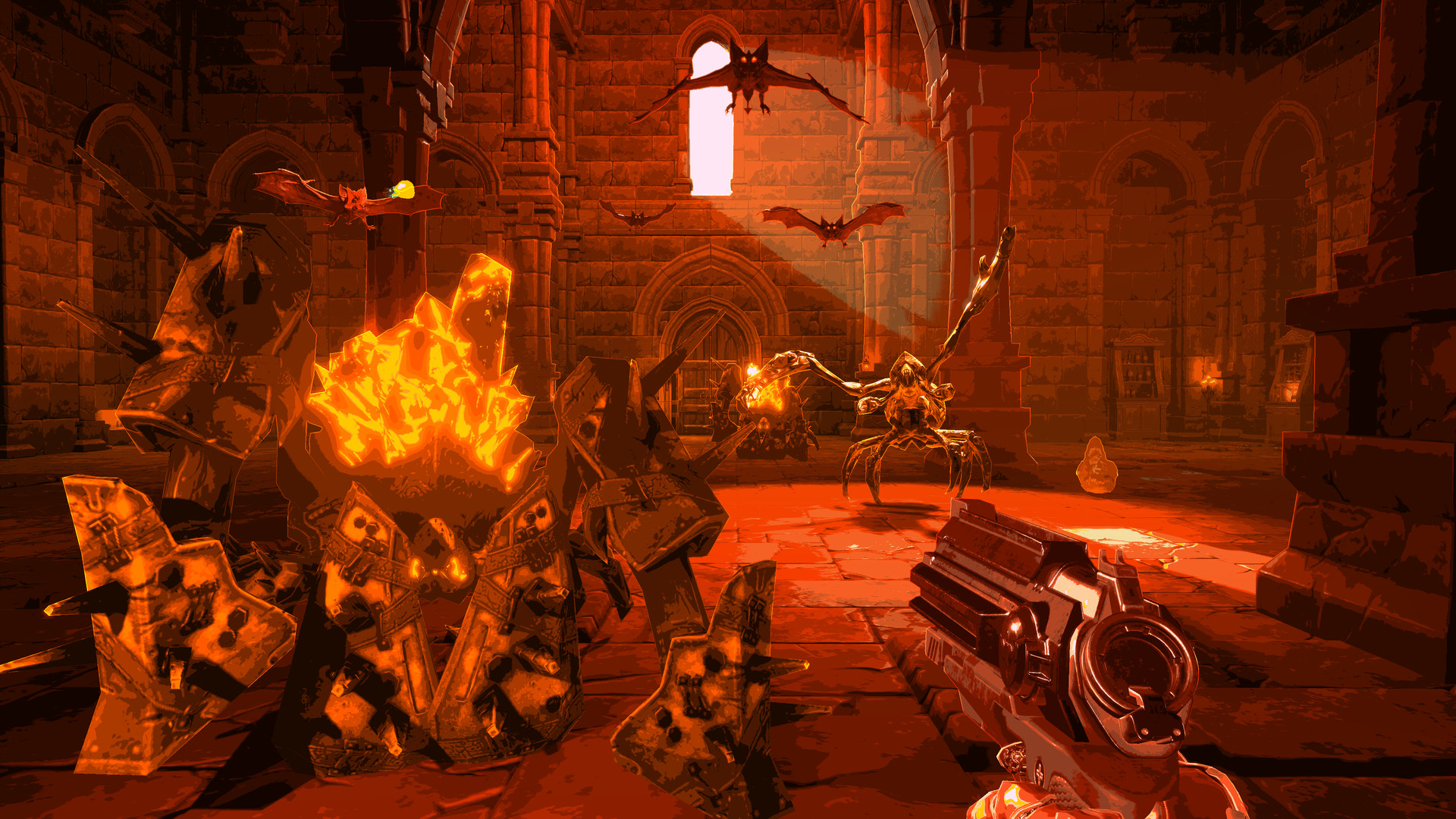 Not only is this game an FPS roguelite, it’s also a rhythm game. You may be scratching your head at how they achieve this, so let me tell you. You can see the beats and half beats of the song surrounding the crosshairs. Every action can be done on a full beat, while others can be done on a half-beat. So let’s take the weapons, for example. All weapons must be shot on the full beat; however, the pistols can be shot on the half-beat as well, meaning you can shoot bullets in rapid succession to the beat of the music. Other guns, like the single-fire rifle, have to be cocked back after every shot. The ever so elusive ‘game-feel’ of this game is insane. At the start I was struggling to dodge projectiles, aim, and shoot while keeping the rhythm, but once I got the hang of it, I felt like a badass. Sprinting around a room and shooting to the beat evoked the same feeling DOOM (2016) gave me. With a heavy metal soundtrack to boot, the game feels meaty, and every single bullet counts.

The game is set up like all other roguelites: You start on floor 1, explore the level, fight the boss, and move on. After the gameplay, the second most important thing for me in roguelites are the items. If there aren’t any interesting items and skills, then it kills the replayability for me. There were plenty of items in the game that improved my stats and gave me new abilities. I counted 5 weapons, all of which had their own styles, and my favourite by far was the revolver. The feeling of shooting a few rounds and then reloading one bullet at a time to the beat of the music was unbelievable. 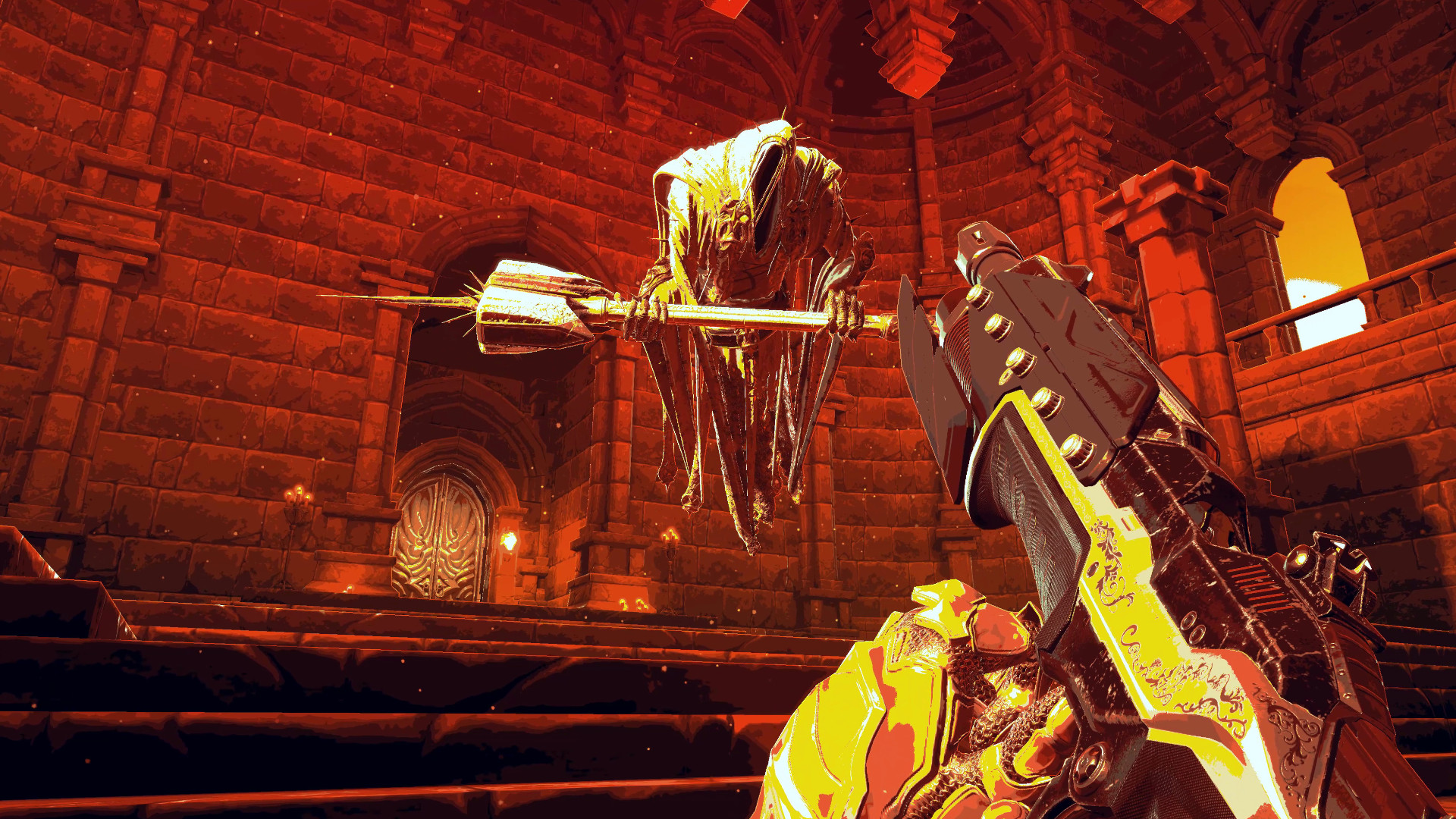 Now, this is the elephant in the room. The graphics are interesting, to say the least. Everything is covered in the red filter, and while I didn’t think it was too bad, I can see this turning many people off from this game. The enemy designs are just average too. None of them really stood out, but they served their purpose. The levels in the preview are reminiscent of DOOM or Wolfenstein, which fits perfectly with the feeling this game was going for.

Things That Could Improve

Here’s the part where I talk about what I would like to see improved in the full release of the game. There was only one boss per level, and I hope there is more than one boss for each level because I could see it getting quite repetitive. While there are plenty of items, I didn’t see much potential for synergizing, so I hope there are some crazy items in the later levels that can lead to some unique builds. Many other roguelites have markers on the map to show the items in rooms. For example, if I left a room that still had a coin or chest in it, the map would display a little icon to show me that. I think it would be a nice quality of life improvement to BPM. The final thing I would like to mention is the difficulty. After a few runs, I could beat the first two levels with absolutely no trouble. I thought to myself that hard mode might be the answer to this problem, but the way hard mode is handled is pretty underwhelming. The game seems to just have more enemies on-screen that deal more damage. I think it would benefit from giving enemies different attacks on harder difficulties because the extra enemies had me focusing on spamming bullets rather than trying to be accurate.

As a giant fan of the genre, my biggest issue with the preview build was that it ended too quickly. I can’t wait for the full release of BPM: Bullets Per Minute. It has been a while since I sank my teeth into a roguelite, and I think this will be the one. The gameplay loop is fast-paced and engaging, the music is fantastic, and I only played the first two levels. While I think it has a few issues, if this preview build is anything to go by, I will definitely be playing this when it fully releases later this year. 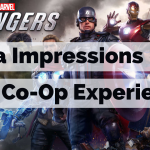 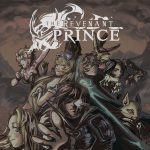