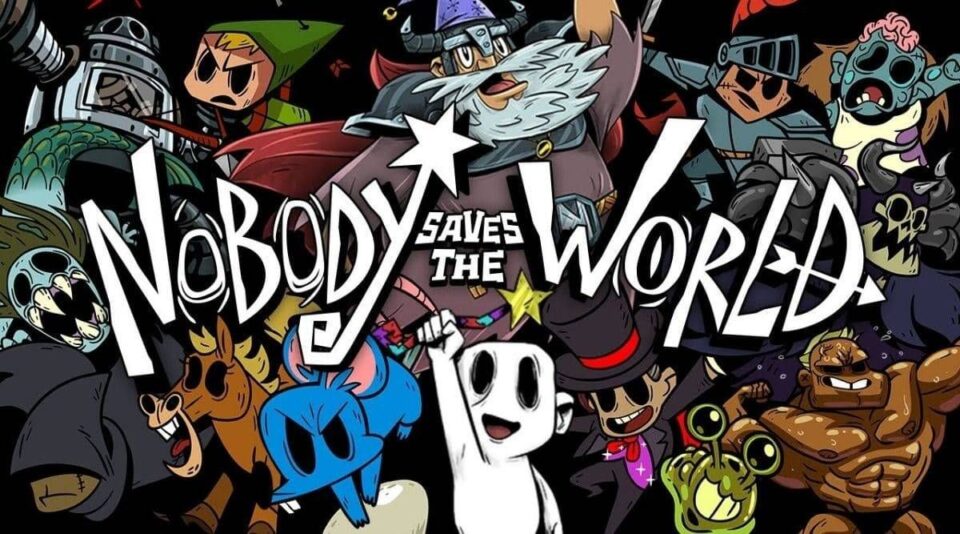 The Xbox platform recently released Nobody Saves the World, a refreshing new indie title from developer Drinkbox Studios that has the player take control of a most peculiar protagonist: Nobody. This fantasy RPG is bustling with quirky dialogue, gorgeous locations and frightening enemies to fight against. A dungeon-crawler at heart, the game also has an open map for the player to explore and find secrets off the beaten path. After 20 hours or so, I still haven’t beaten the game, and all my reasons are just a few words away. 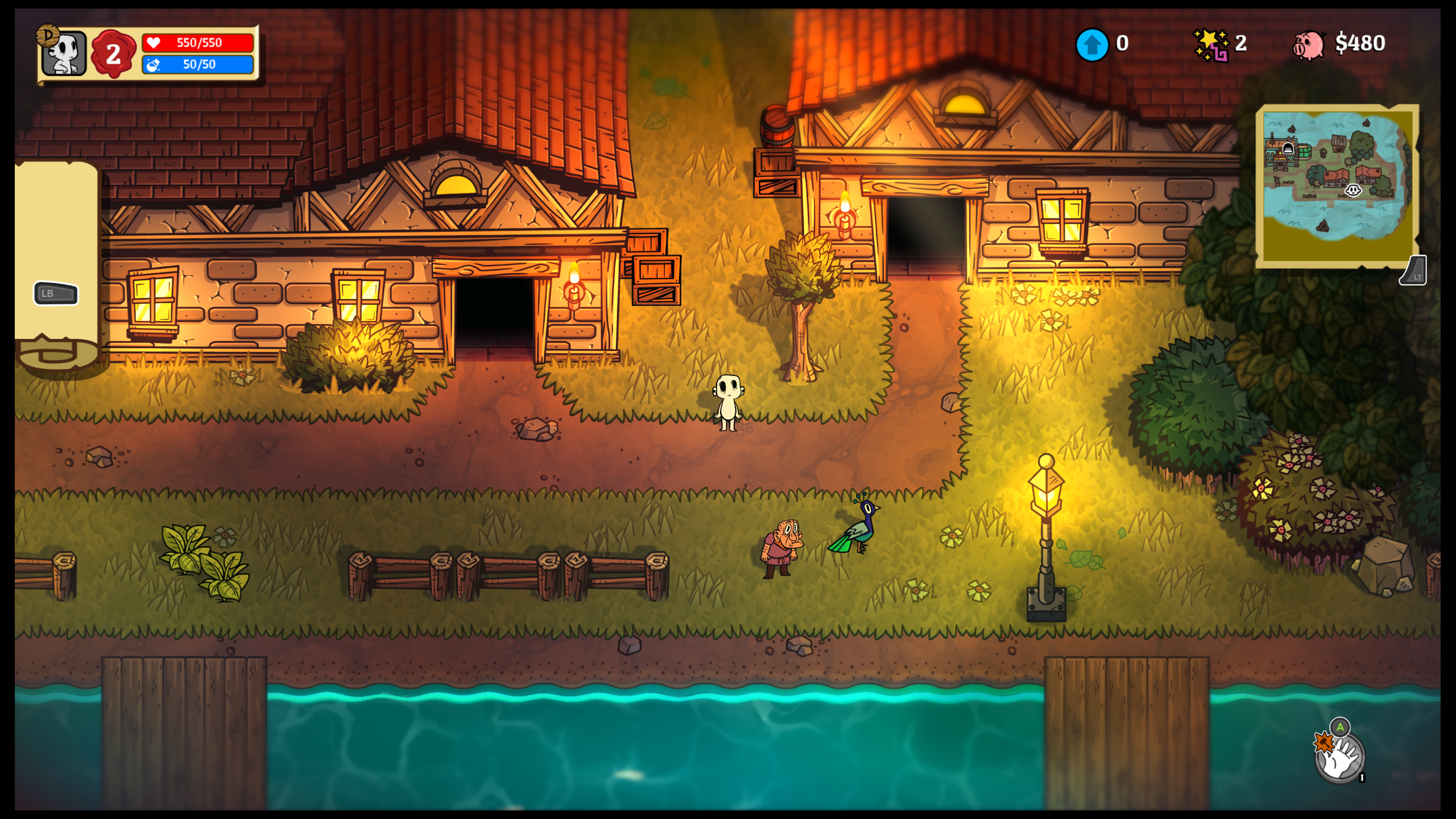 This Isn’t My House…

You play as Nobody, a shrivelled, pale young lad who wakes up in a shack, having no clue about what he’s doing there. Nobody looks like he was vacuum packed in a freezer for 15 years, so understandably, the townsfolk are a little confused about his appearance. Nevertheless, Nobody makes his way to see Nostramagus, a powerful wizard who may be able to explain the situation. Instead, Nobody meets Randy the Rad, who is displeased about Nobody’s hesitancy to make Randy his favourite coffee and dumps Nobody in an underground jail, leading our protagonist into finding a magic wand that will help him fend off the Calamity that has plagued the world…and also help find the missing wizard. 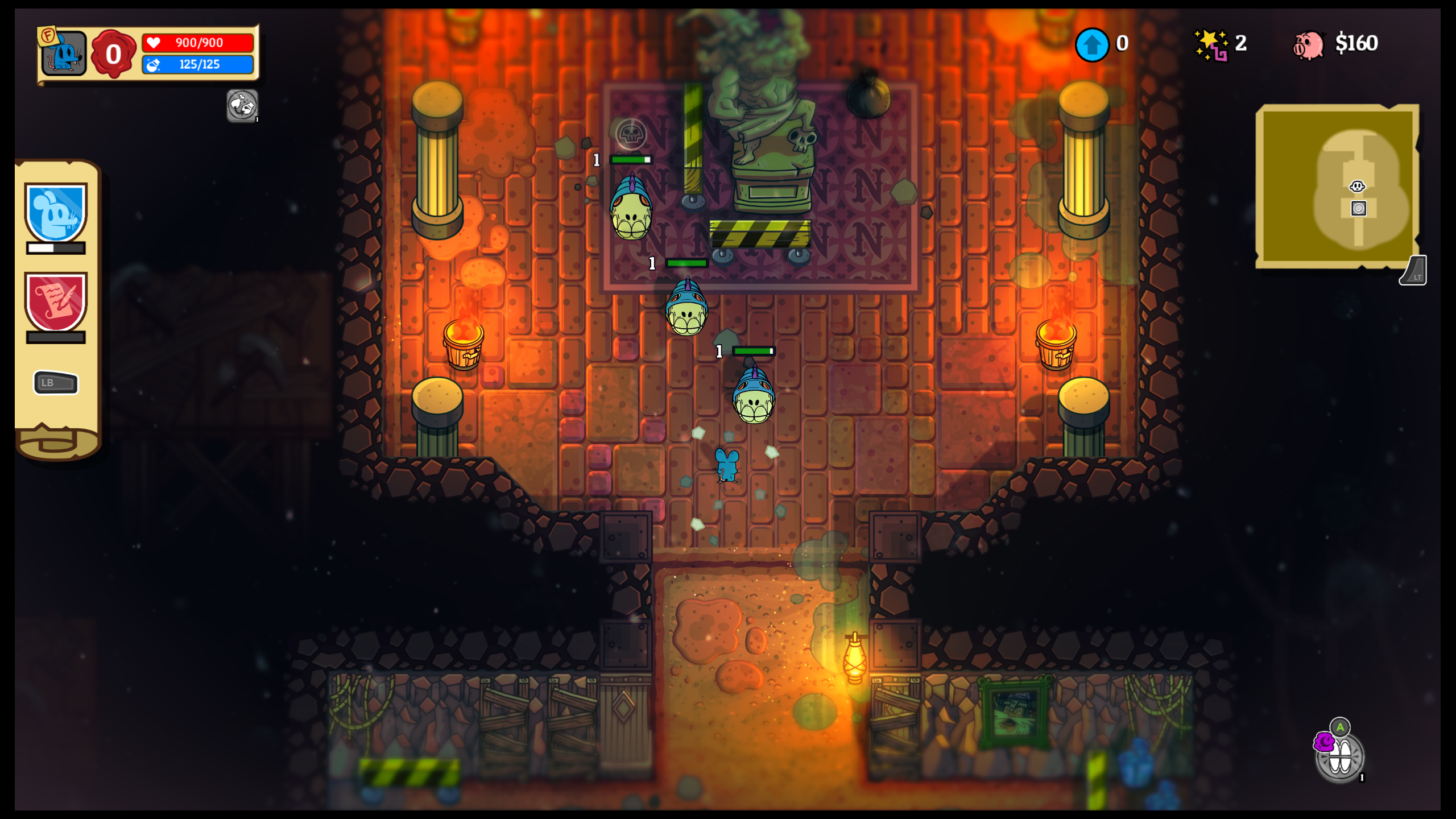 The basement of Nostramagus’ house contains our first slice of combat, and Nobody has a unique way of dealing with the hundreds of monsters he will face on his journey. With a flick of his wrist, Nobody can use his newfound wand to transform into all types of creatures, labelled as Forms in-game. The first Form, a small, blue Rat, can shuffle into narrow spaces and use its fangs to chomp into enemies, inflicting base and poison damage, and the first enemy encounter as the Rat is a battle regarded as one of the first introductions to status effects in-game. Nobody Saves the World has an exceptional line-up of Forms to play as, including a Knight and a Ranger. Each form has its own unique signature move and passive ability that adds a huge variety of potential in combat situations. For instance, whilst the Rat specialises in poisoning its enemies, the Knight becomes more powerful on low health and can vanquish enemies more quickly with a boost in attack power. Combat becomes thoroughly more enjoyable further into the game as new forms are unlocked through a rank system, allowing the player to experiment more with different character builds. 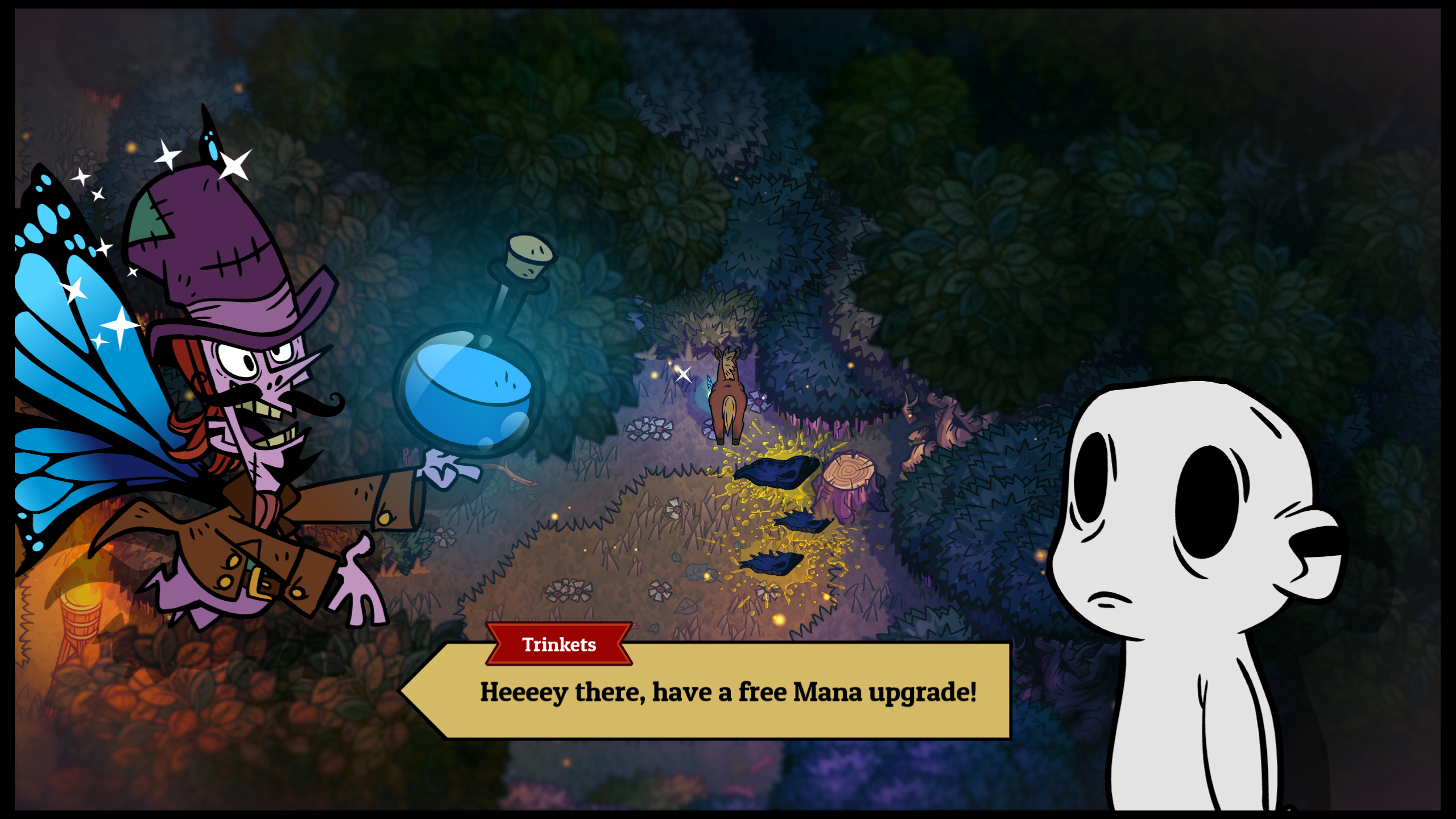 Don’t Mind If I Do

Nobody Saves the World has a gorgeous overworld to explore, filled with mysterious secrets and side quests for the character to complete. Many quests require the player to use their forms strategically to complete them. If speed is key, use the Horse. You can’t fit in that ventilation shaft? Let the Rat squeeze in. Target practice at the archery range? Rangers are great with a bow-and-arrow. Once completed, side quests provide the player with experience points to help them level up and increase their stats, which include health, mana, attack power and defence, etc. In terms of the art design, the characters of the world are truly unique and feel strongly integrated with such a fantasy environment. Hidden fairies offer free mana upgrades, and there are also treasure chests filled with health items and money waiting to be discovered. Certainly, walking off the beaten path is most rewarding and should keep the player coming back to discover what other secrets lie beyond. 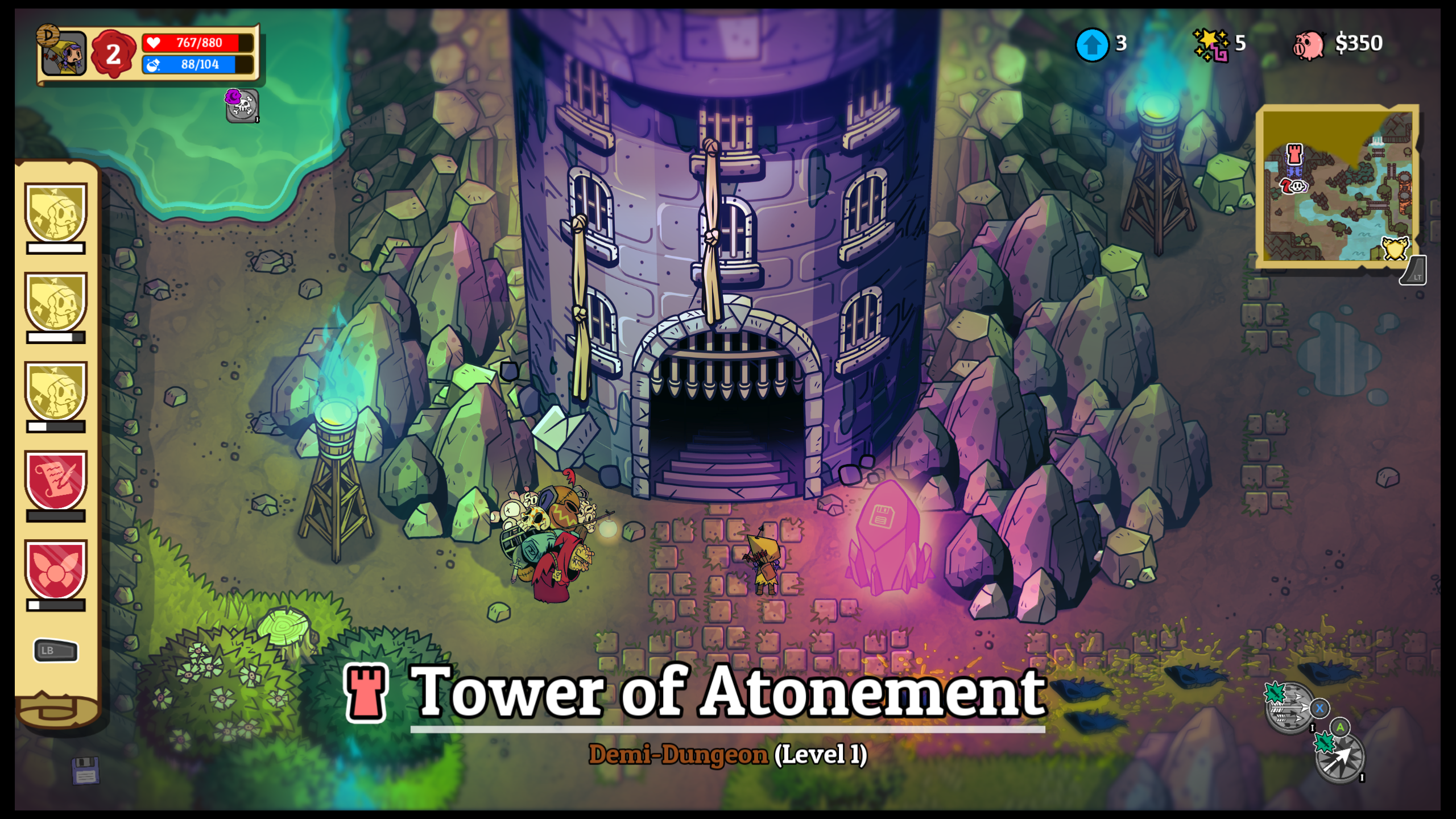 You can’t have currency without a shopkeeper. Outside each dungeon and within each village is a snake-like merchant who sells a great collection of wares, including stat upgrades, blue upgrade tokens to enhance the player’s abilities and a limited stock of Stars that give access to legendary boss dungeons. Money can be acquired by smashing pots, crates and certain areas of the environment. Many enemies seem to have taken their wallets out with them as, once defeated, they sometimes drop a bit of moolah for the player to spend. Money finding seems to be limited to these two methods as I haven’t noticed a change in my funds when completing quests from other characters, meaning a tedious grind is in order when Nobody becomes poor and can’t afford a blanket for his pale and sickly skin. Poor guy. 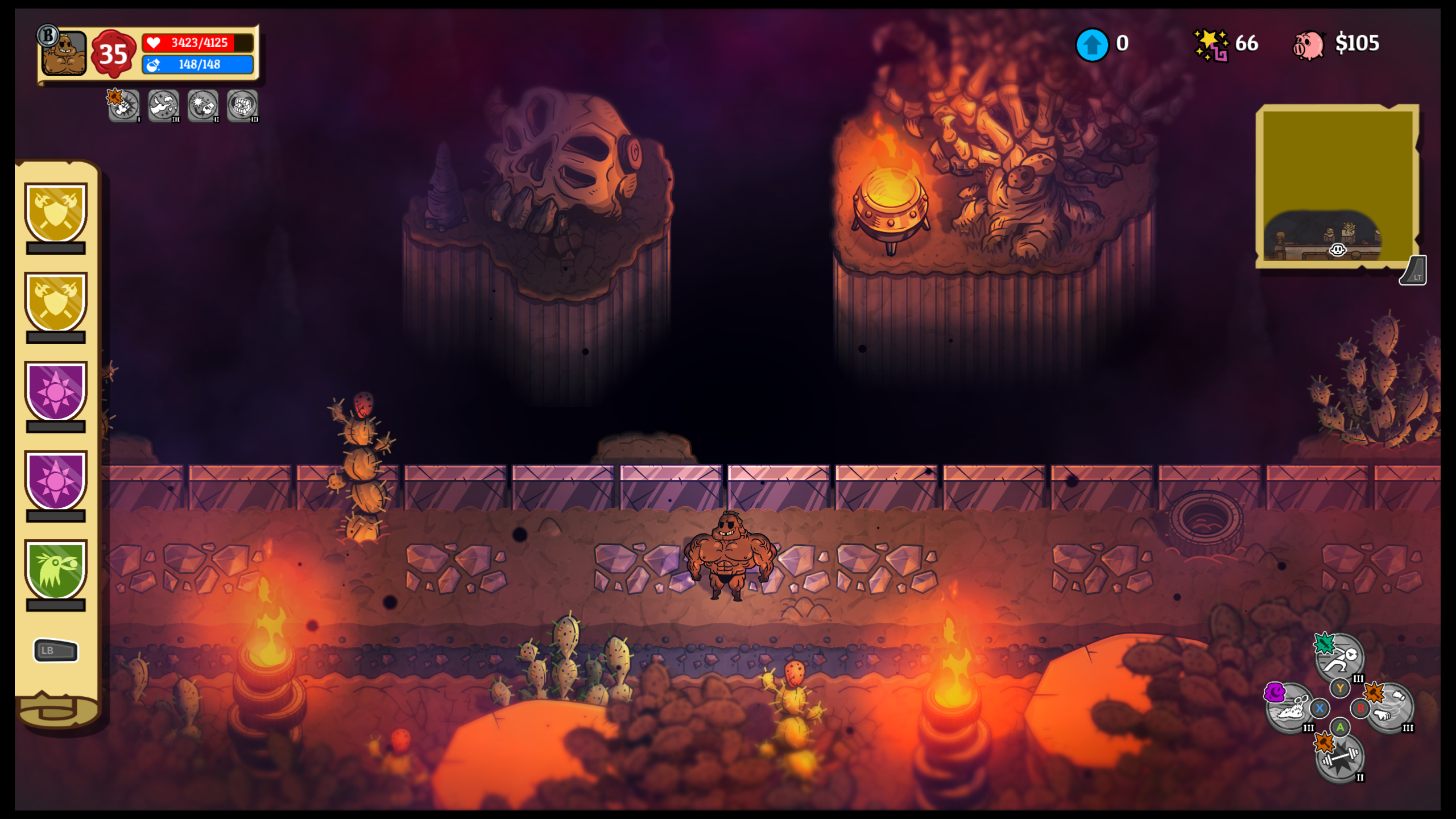 The Forms themselves have their own quests where they can earn FP, which I’m assuming stands for Form Points. FP is earned when completing these quests, which can range from killing enemies with a certain ability or inflicting status effects a certain number of times. Too many quests tend to become quite tedious, becoming a real grind to complete and leaving me wanting certain quests to just end so I can find out what the next quest will be. Alas, there are unique character quests that are fun enough and can be completed quickly, but when the game asks you to kill another hundred enemies with the same move, it feels grindy and unsatisfying. 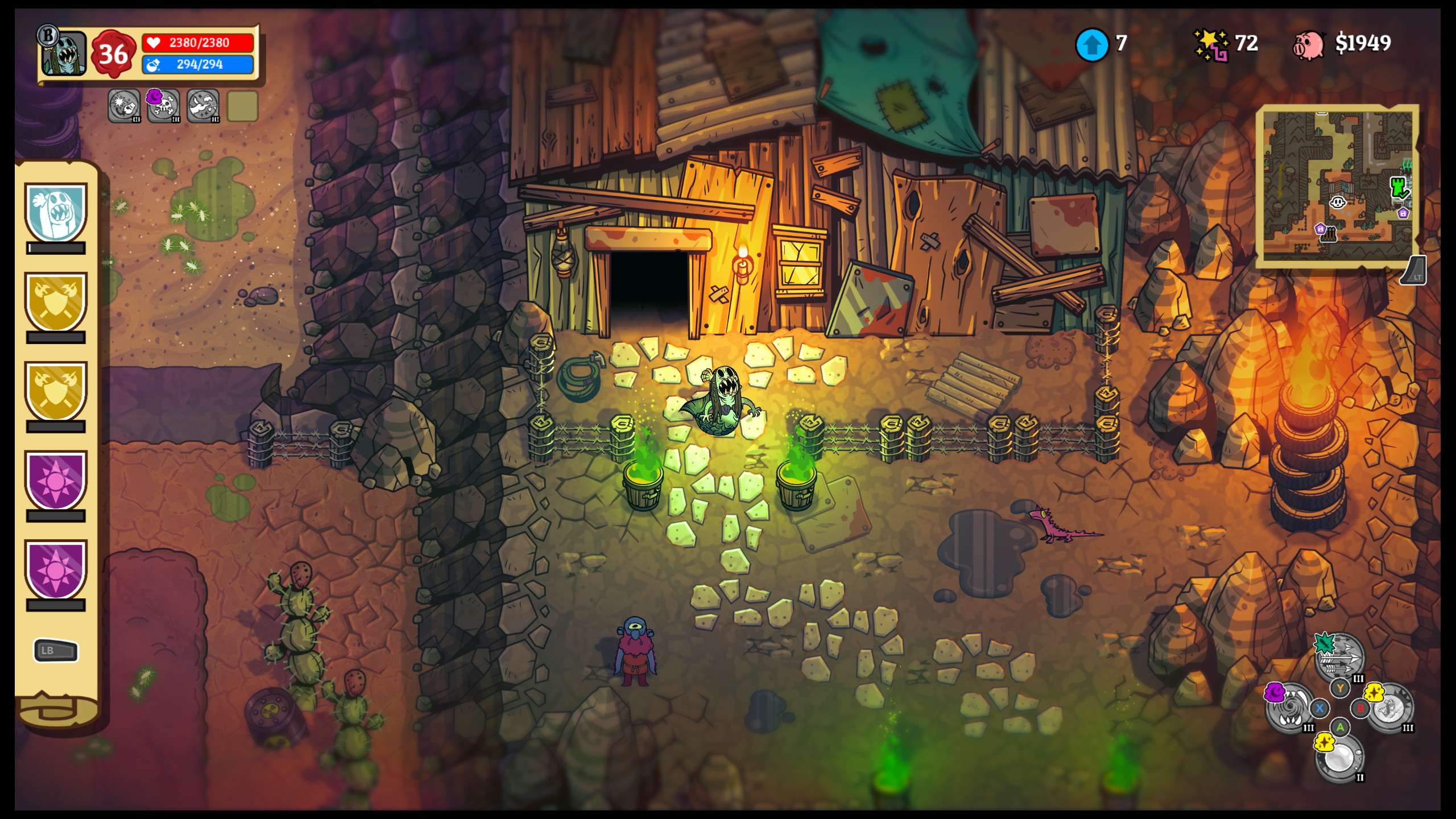 I’ll Take You All On!

Aside from characters, enemy designs are ghastly to look at and are possibly mutated animals and insects affected by the Calamity. Spiders with thorny legs rise from the ground, giant mosquito-like insects hover over water, and revolting slug creatures can slow the player to a halt, ready to become a tasty meal. Mobs of these enemies can be found in dungeons, meaning the player must resort to crowd-control techniques to fend off waves of monstrosities. Enemies also come in Elite variations, which are tougher to kill but should be no match for our shape-shifting protagonist. Even worse, many enemies in dungeons have wards or shields that must be broken by specific attack types, such as Slash or Dark, meaning the player must design a build that works most effectively with each dungeon. All in all, combat feels responsive and controls great, but I wish I could attack in more than four directions, akin to the way our character moves around the world. 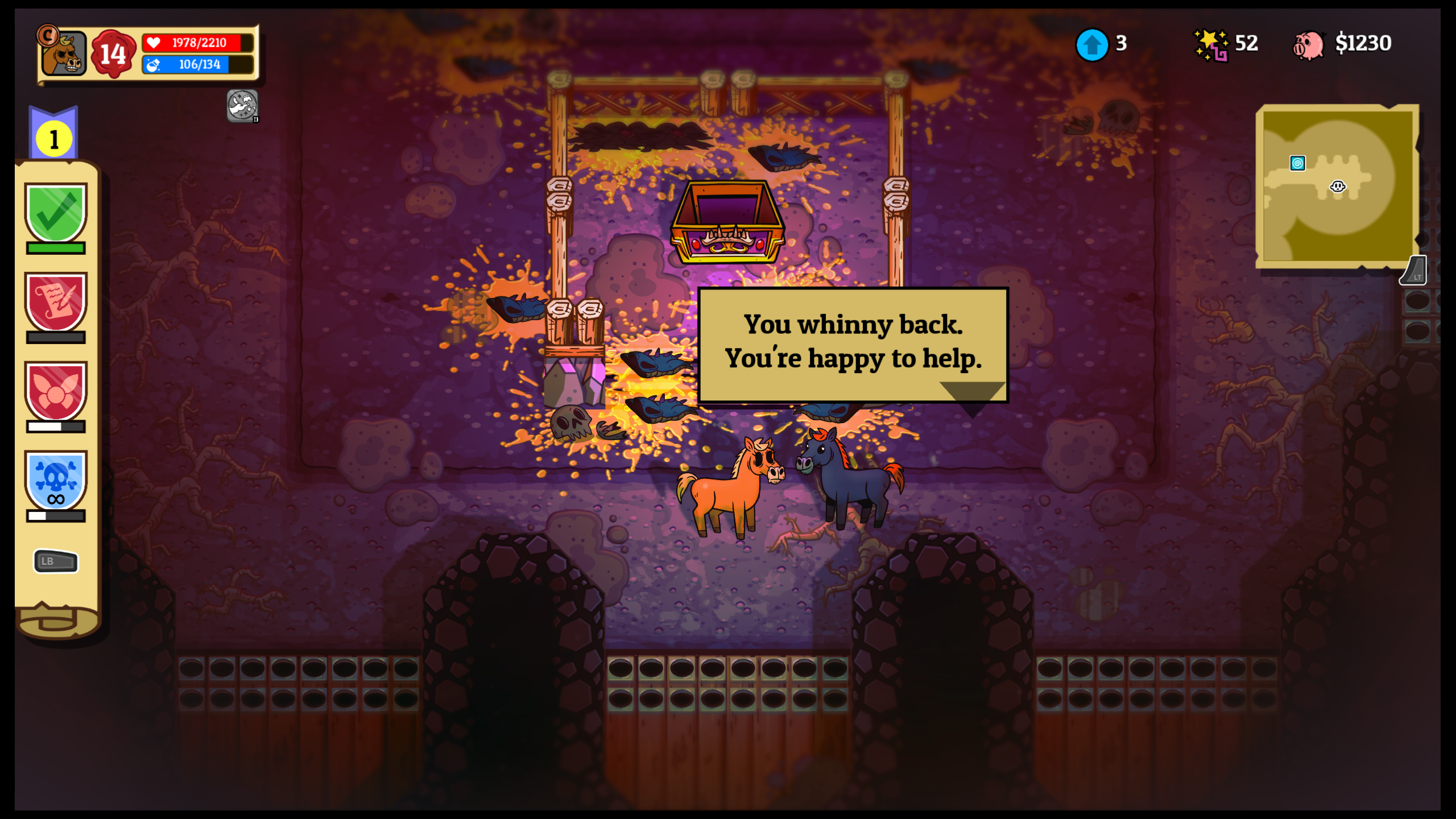 Nobody Saves the World is a fresh take on the top-down RPG genre, inventing exciting mechanics that enhance the meaning of fantasy gameplay. Its quirky dialogue, superb art design and excellent combat really make the game stand out in the indie genre. However, it lets itself down with monotonous character quests, limited attack movement and a currency system that could’ve been improved upon. 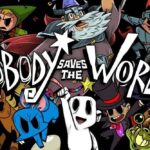 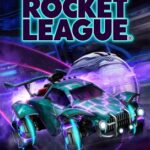 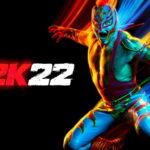