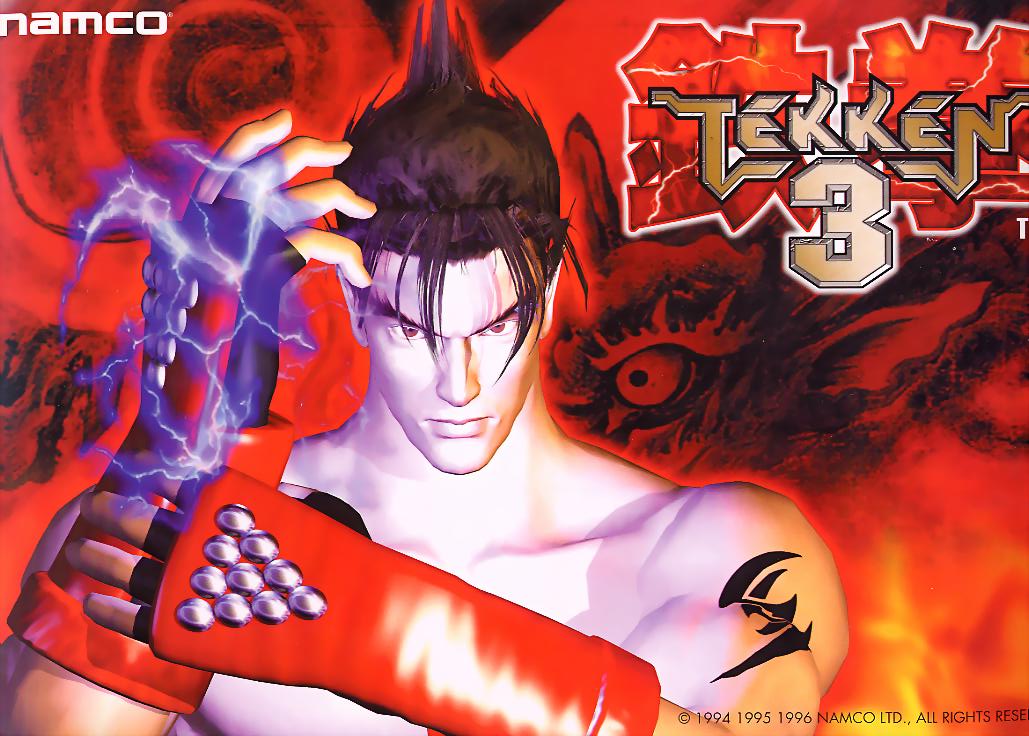 I’m not sure if what I’m about to write is going to be controversial or not, but I’m going to write it anyway. Tekken 3 is without question my favourite game in the Tekken series. To me, the third iteration of Namco’s famed fighting opera provides the most balanced gameplay, the most enjoyable mini-games and the most varied roster over any of its younger or elder siblings.

To lay all my cards on the table, I should be immediately upfront with you all and explain that Tekken 3 was one of the two games I initially got with my PlayStation. I’ve explained in the past that I didn’t finally get my grubby mitts on some fifth gen hardware until late 1998, upon which Tekken 3 was one of the most popular games on the market. Being that I’d played the other Tekken games in the arcade and enjoyed them, I was utterly thrilled to see Tekken 3 alongside Crash Bandicoot when my birthday rolled along that October.

As I mentioned back in a previous article, the original Tekken game is showing its age a bit these days. It feels lethargic when compared to the fighters of today, and the CPU opponents can be downright cheap, especially when you get towards the latter stages of the game. By contrast, Tekken 3 holds up extraordinarily well, with fluid gameplay and a near perfect difficulty curve that allows players of all levels to become top brawlers with time and copious practice. 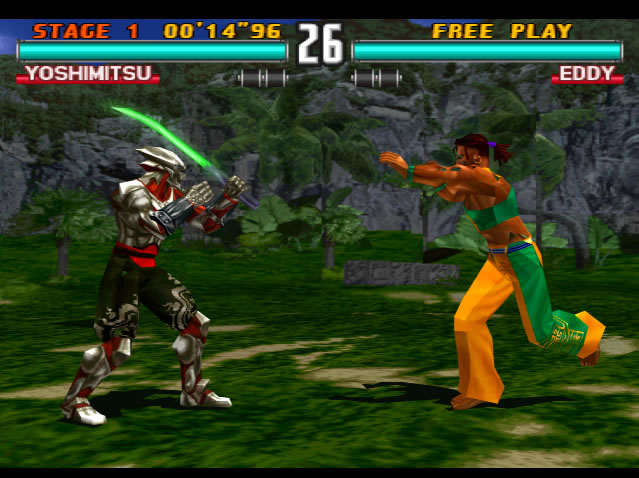 As in the previous games in the series, each of the face buttons controls one of the player’s limbs. You block opponent’s strikes by walking backwards as in the Street Fighter series and, if you manage to get close enough, you can splat your rivals with an unforgiving array of slams/throws, as well as turn them to mush with some punishing combos.

Set fifteen years after the conclusion of Tekken 2, Tekken 3 carries on from that story with Heihachi Mishima once again the head honcho at the Mishima Zaibatsu after throwing his son Kazuya into an active volcano during the final bout of the tournament. No, I’m not making that up, that’s actually how the story ended in the last game.

Heihachi has now set up a mercenary arm of the company called “Tekken Force”, and during an expedition to Mexico, they stumble upon an unknown creature named “Ogre”, who quickly beats the tapioca out of them with brutal efficiency. Rather than giving this dangerous specimen a wide berth, Heihachi instead decides to try and capture him, because of course he bloody does, and thus stages a third “King of Iron Fist Tournament” to lure him out.

As in previous games in the series, fighters from all over the world show up to take part for a variety of reasons, most of which revolve around wanting to have a bash at walloping Ogre’s green gob. For the second incarnation of masked luchador King, it’s because Ogre attacked and killed the original King, and he’s out to avenge the man whose orphanage raised him. 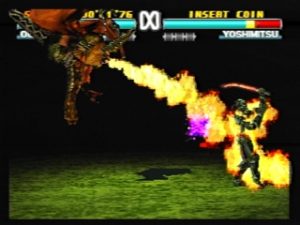 Main protagonist Jin Kazama, the son of Kazuya and Jun Kazama, wants a piece of the green brute for similar reasons, as Ogre seemingly murdered his mother. As it turns out, Ogre decided to go around the world starting fights with a lot of the world’s strongest fighters during the build up to Tekken 3, so most of the field have a friend or loved one that Ogre messed with in some form.

That doesn’t mean everyone has a personal score to settle though. For instance, the bizarre Manji warrior Yoshimitsu has entered because his friend, Dr. Bosconovitch, needs a sample of Ogre’s blood to cure both himself and his daughter of serious ailments, all of which is paid off with a hilarious ending FMV involving a lab rat.

Overall, the roster has a good mix of returning characters, brand new ones and also a decent collection of replacement fighters for the original crew. Marshall Law doesn’t return, for example, but his son, Forest, fights in his stead and has a good mixture of Marshall’s old moveset along with some big moves of his own. King the second is similar, taking on a combination of some of the original King’s head-busting holds and suplexes, as well as introducing some of his own punishing manoeuvres. 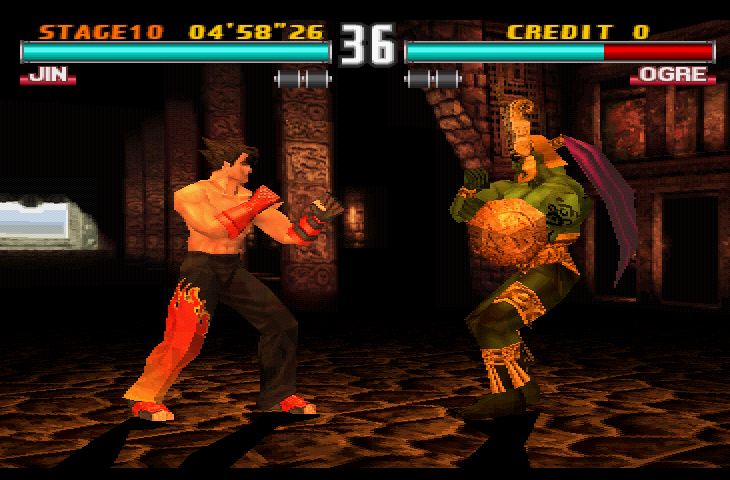 Of the new characters, my personal favourite to play as would probably be Bryan Fury, a powerful and ferocious cyborg fighter who reminds me a bit of MMA and WWE star Ken Shamrock, thanks in part to the ever existing possibility that he might snap and destroy everything in sight at a moment’s notice.

A controversial addition to the game’s roster is Eddy Gordo, a Brazilian capoeira fighter who has busted out of jail to avenge his parents’ deaths at the hands of the Mishima Zaibatsu. Eddy’s fighting style makes him incredibly popular with beginners as it’s very easy to pull off some amazing looking attacks with him. This has led to Eddy becoming hated in the “hardcore” community, with him being viewed as a cheap character open to abuse from button mashers.

Though there is some truth to this, I think it does the character an injustice somewhat. In my eyes, Eddy Gordo is, in some ways, one of video games’ great levellers, a character that is instinctively easy to play with for players of all skill levels. Yes, a weaker player might be able to hold their own against similar level opponents with Eddy by mashing the kick buttons, but against a truly elite player or the computer on its hardest difficulty level, they can still be polished off rather easily.

However, Eddy’s existence gives the game some much needed accessibility, and I know a lot of people with lower skills who started with Eddy and ended up moving onto other characters. Eddy is like a complimentary bowl of crisps in a bar that you get with your first drink. It’s a way for the establishment in question to make the place seem welcoming so that you stick around for that second beverage.

In addition to the standard arcade ladder, time attack and team battle modes, Tekken 3 also adds two new ones to the game in the form of Tekken Force and Tekken Ball. Tekken Force is essentially a side scrolling beat-em-up where you select a fighter from the roster and take on a slew of Tekken Force squad members before fighting a boss at the level’s end. It can be a tad frustrating sometimes, but it’s also a lot of fun, and I sunk a lot of time into it back in the day.

Tekken Ball Mode is an extra violent version of beach ball where you have to attack the ball so that it goes careening off in the direction of your opponent, causing them severe damage if they don’t block it. This mode is not only a lot of fun, but it also gives you a chance of unlocking “Gon”, a diminutive dragon who once starred in his own platform game back during the fourth gen. Defeating Gon in Tekken Ball allows you to use him in other modes of the game, and it’s always funny to see him battering much bigger foes like Kuma or Gun-Jack.

Special mention must go to the game’s soundtrack which, to use a scientific term, is “some big bad crunching supa beatz”. I’ve been listening to it whilst writing this, and it’s absolutely brilliant. Much credit has to go to Nobuyoshi Sano, Keiichi Okabe, Hiroyuki Kawada, Minamo Takahashi and Yuu Miyake for really pushing the boat out here. 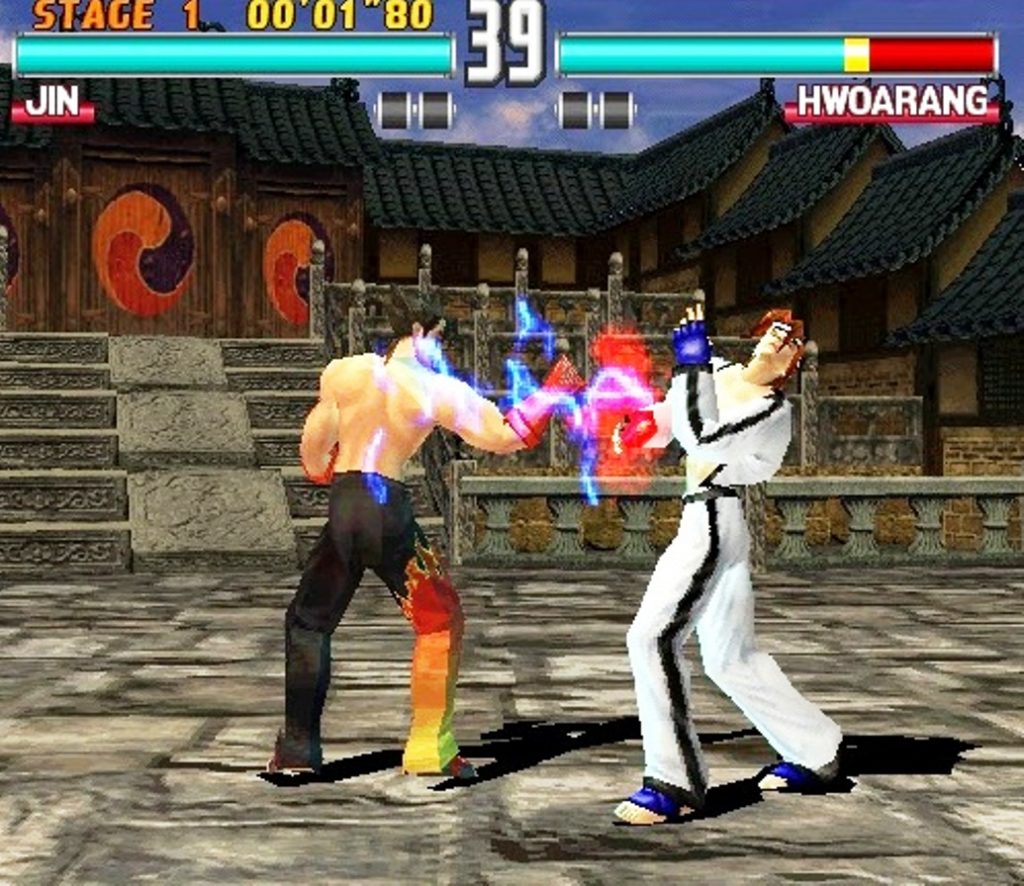 Graphically, the game shows its age somewhat, but there are still plenty of rich colours and bright effects that are easy still to a modern eye. Overall, the game has a very strong ambience that protrudes throughout, and it really knows how to build an atmosphere. The game also contains some of the best endings in the series’ history, including a particularly funky one for Tiger.

I really can’t recommend Tekken 3 enough. It’s a brilliant game that was one of the best releases during the peak years of the PlayStation. If you haven’t played it before, I strongly suggest that you do. 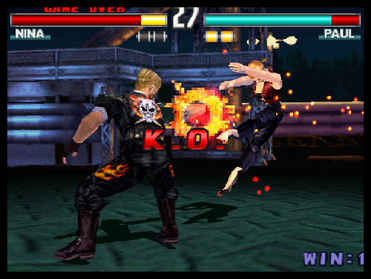 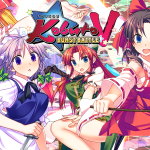 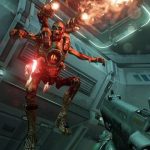 Nintendo Switch Sees Skyrim, Doom and L.A. Noire All Releasing Within a Week