got off to a slow start when it released on PS4 and Xbox One earlier this month with sales being rather disappointing for Ubisoft. However, sales of Watch Dogs 2 actually increased in its second week, thanks in part to Black Friday.

While Watch Dogs 2 dropped to No. 6 in the UK charts, Ubisoft will be pleased that sales of the game actually increased and were higher than the sales made during launch week. In fact, according to GamesIndustry, sales of Watch Dogs 2 are now inline with the performance of recent Assassin’s Creed games. As a result, it looks like Watch Dogs 2 has managed to comfortably fill this year’s hole left by Ubisoft’s decision to give Assassin’s Creed a break in 2016.

“It is true that first-day and first-week sales for a number of big games, including Watch Dogs 2 and titles from our competitors, are comparatively lower than previous versions in previous years,” Ubisoft said last week. “However, we expect both week-two and week-three sales to be above traditional sales patterns.”

Now that Black Friday sales are nearly over and we move into the festive period, it will be interesting to see how Watch Dogs 2 performs over the coming weeks. 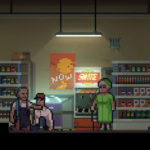 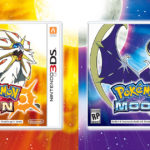