Thanks to Gogamegeek for sending me the new Anbernic RG353V. You can purchase the RG353V from Gogamegeek by following the affiliate link below.

You might have read one of my previous reviews for the Anbernic RG353P, which at the time I was really impressed with what it could do. It was really comfortable, had a great screen and played many of the higher retro gaming platforms such as the PSP really well.

Well, Anbernic have recently released a vertical version of that same handheld, and at some point, I totally expect a metal version to be released too as this is what Anbernic tend to do. I’m not saying this is wrong in any way, particularly as the metal versions tend to feel very premium to hold and look great.

The RG353V is a very nice compact device. When I took it out of the box, I was surprised by how well it fit into the palm of my hand, making it far smaller than the RG353P.

On the face of the handheld, you are greeted with two thumb-sticks, which are well placed and allowed my index fingers to sit in such a position that allowed me good control of the console, and they both have R3/L3 functionality. They feel responsive, but you are unlikely to use both very much.

The A, B, X, Y action buttons are nicely bouncy with a rubber membrane behind them, which helps prevent rattling. The large D-pad feels really good and responsive too, though I think by now we would expect nothing less from an ANBERNIC device.

Between these you have a Function button, Start/Select and one speaker grill that is in the middle. This is perfectly located and prevents you from blocking out the sound with your fingers, unlike with some other handhelds on the market. Sound quality is very good; it is loud and sharp with no distortion unless turned right up.

A special mention must go the upgraded screen that ANBERNIChas used. The 3.5” IPS touchscreen display has a resolution of 640 x 480, which looks stunning. Games just look perfectly at home on this handheld straight out of the box with bright, colourful, sharp images.

Gogamegeek sent me the V version as there is also a VS. The difference between the two is that the V has both Linux & Android, whereas the VS only comes with Linux. The V also come with a touch-sensitive screen, which I found to be very responsive when used. In fact, it’s probably the best I have tried in terms of responsiveness, putting some expensive smart phones to shame.

Around the sides of the RG353V, you will find the on/off, reset, volume, two SD card slots, headphone jack, mini-HDMI out, and two USB-C ports. Gogamegeek sent me the version with a 128GB micro SD card, which has over 25,000 games in it. You can also get a 256GB version that has over 35,000 games.

The RG353V comes in a number of different colours, including white (the one I am reviewing), grey, transparent black and transparent purple. I really like the white version with its multi-coloured action buttons, making it feel that little bit more retro.

One thing I haven’t mentioned yet are the four rear buttons. These are probably my least favourite part of the RG353V. They feel awkwardly placed, and compared to the rest of the handheld, they have a cheaper feel to them. We have seen similar placement of these buttons on other handhelds (the PowKiddy RGB20 immediately springs to mind), but they felt better and were more comfortable to use than what we have here.

The main issue is that these buttons are not stacked next to each other, which means you’ll have to reach over the R1 and L1 buttons in order to reach the R2 and L2 buttons. This is awkward, and at times I ended up pressing the wrong buttons by accident. There is also not much movement when pressing them, and when compared to all of the other buttons, it just doesn’t feel very premium.

The 3200MAH battery sits under the shoulder buttons, and it at least offers a nice weight and balance to the handheld in the lower half and adds plenty of thickness to give you a good grip. Expect to get up to 6 hours of battery life from the RG353V, depending on what you’re playing.

Overall, the RG353V is a really nice looking handheld, which is also pocket-friendly and offers a fantastic screen and image quality. With perfectly located facial buttons, it is one great handheld for travelers.

So, how about the gaming experience, I hear you ask? As I mentioned earlier, there are two variants of this handheld. The RG353V has 2GBs of RAM and the ability to use both Linux and Android as your operating system, while the cheaper RG353VS comes with 1GB of RAM, no touchscreen and only the Linux operating system.

For the sake of an extra $30, I recommend buying the RG353V, it is really worth the difference when you look at the additional extras you receive, especially as the extra 1GB of RAM helps increase the performance. With that and the Android OS and touchscreen, the overall experience of using the device is increased.

The touchscreen is great to use and will help with setting up the Android side of things. ANBERNIC have also added some shortcuts that allow you to quickly jump between menus. The plus side of having Android is that you can also stream games from your PC.

What you will find is that the RG353V is capable of playing games up to Dreamcast, but anything further will struggle. Just read my previous review of the RG353P as internally this handheld is more or less the same.

Adding your ROM files is as easy as copying your games over to the SD card. Once you refresh your game list, they will automatically be added to your library. Also, as this is the same internally as the RG353P, you can also use a different OS, such as ArkOS.

When it comes to emulation, all of the older consoles, including SNES, NES, Game Boy, Game Boy Advance, as well as the PS1, will play perfectly, and boy, don’t they look great on this screen. I had a great time with PS1 gameplay. The analogue sticks worked really well with the games, and the 4:3 display was fantastic.

PSP emulation mainly worked well; however, the God of War PSP games required some tinkering with, and I found that there was a slight increase in performance between Linux and Android OS. Just don’t expect every PSP game to work.

This was the same with Dreamcast games, which whilst it worked okay on Linux, it struggled a little on Android. So unfortunately, you will need to test which is best, depending on what you play. But overall, the RG353V worked really well straight out of the box with the majority of games that came pre-installed.

So, what are my final thoughts? ANBERNIC have yet again released a great handheld. It’s not the most powerful gaming device on the market, but at this price point of $169.99 (from Gogamegeek), it’s an easy recommendation.

You can buy the Anbernic RG353V by clicking on this affiliate link, which includes free shipping worldwide, and at the time of writing this article, they are giving away free the PowKiddy A66, which is worth $69.99. This offer is only available to those in the US, so get ordering as soon as possible. 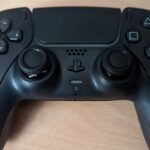 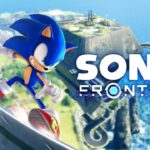