I’ve owned both the Oculus Quest 1 & 2 since they were both released. There is just something about being immersed into a different world, and both of these headsets allowed me an affordable way of doing this.

The only things that broke that immersion was holding onto the two controllers when playing games like Beat Saber instead of holding the in-game saber, as well as worrying about damaging them when things became a little too hectic. Oh, and there was also the short play time due to the batteries running out of power.

I came across a company called AMVR advertising VR accessories on Facebook. They also have their own store on Amazon, the link to which is at the bottom of this article. After a few messages, they kindly agreed to send me three of their products to try out.

The three products sent to me were a charging dock, a protective cover for a controller, and Beat Saber handles, all of which would benefit me in some way and allow more enjoyment from my treasured Oculus Quest 2. So, what exactly are these products, and are they worth picking up? Read on to find out.

Firstly, I’d like to point out that like all of my articles, the companies providing the products do not get to see my final article until it’s published and have had no influence at all in its content or my opinion.

The first product I tried was the transparent protective cover. This is meant to go around the sensor ring of each controller, and it will help prevent any damage if you were to get too excited and hit the wall or someone else in close proximity.

Made of silicon, they felt very robust when holding them, and it will definitely offer some protection not only from hitting any solid object when playing but also when putting the controllers down. I’m always wary about the sensor ring getting damaged.

It took me a while to put them on, mainly due to the fact that you need to line up the cutout where the trigger button is. But once you put them on, they sort of stick to the sensor ring, making it difficult to make adjustments. The other issue I had was with the grip fastener, which I have because the fastener needs to go around the ring and then hooks into a small hole on my grips.

Because the silicon protector adds an additional level of thickness, I found it extremely difficult to hook the fastener back into the grip. It took me a good five minutes to sort each controller, but to be honest, this wasn’t all to do with the protectors, so it’s not really a big deal.

Once on, they really do offer some great protection, and I found no issues when playing around the sensors being blocked and not being picked up by the headset. Overall, they are a great product to have and should go a long way in protecting your controllers, and the build quality was really good.

Next up, I tried the Beat Saber handles, which you connect to your two controllers, and when playing Beat Saber, it gives you the impression that you are holding the actual sabers rather than two controllers.

At first, I was a little unsure about these as they do feel rather plasticky, and I’m not certain how robust they will be. My main worry was regarding them coming free when frantically thrashing them about to the music. Anyone who has played Beat Saber will know what I mean.

Both controllers slide into the handles and are secured in place by a velcro fastener, and that’s it. If the velcro fastener should split and come away, I’m afraid you will be buying a new controller.

Don’t get me wrong, they do certainly feel okay to hold with a nice foam, rubber on the handle. And in-game they worked great. But I was always conscious about the possibility of them coming loose and flying through the room. I’ve not read any reviews stating that this has ever happened, so it’s probably just me being a little cautious. Just make sure you pull the fastener as tight as you can.

And the final product I tested was the charging dock. This, I think, is a must have for anyone who wants to charge both their controllers and headset at the same time.

You get two rechargeable batteries, as well as a replacement battery cover with contacts on them for charging. Simply replace your batteries with the rechargeable ones and attach the cover, then insert the fixing piece (to prevent the battery cover from moving) and you are good to go.

A nice touch I appreciate was the leather safety strap that comes with both covers. They are a nice addition and feel nice and tight on your hand, so minimising any chance of the controller flying out your hands.

The one downfall I did find is if you are using these, then you are unable to use any type of protective grip. This is because: 1. Different shape of the battery cover or 2. You would be covering the charging pins.

I do think that the sacrifice is worth it though as I was constantly running out of batteries. So, once you are all set-up, you just need to slide both controllers into the relevant slot for charging to begin.

You can also add your headset via an included charging cable, which plugs into the back of the charging base. It would have been nice to have somewhere for the headset to sit, other than not on the dock, especially if you want to leave them on the base all of the time when not being used.

There is a nice display that shows you the progress of charging through a coloured display. I found this to be a really nice touch, and the batteries showed fully charged after about an hour.

The build quality of the charging dock is okay; it does feel rather light and certainly not like a premium product. However, it did exactly what it was meant to do, and I was very happy with the results.

One thing I touched on was regarding the premium feel of these products. I’m not going to lie and say they all felt premium, because they don’t. But don’t let that put you off buying these products, because they certainly do what they are meant to do, just with no frills. But when you look at the price point (the charging dock is £39.99), you certainly aren’t paying premium prices.

Overall, I am more than happy with at least two of the three products I received, and even then, that is just me being cautious about the Beat Saber sticks. 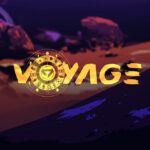