I was quite excited when Gogamegeek offered to send me the latest handheld from Anbernic, the RG503. I’d read some other articles regarding this handheld with some mixed reports but plenty of praise around the OLED screen. So, how did I find the RG503? Read on to find out.

First off, I wanted to say straightaway that the RG503 is NOT that next generation handheld that we have all been waiting for; however, that’s not to say it isn’t a great handheld in its own right.

It’s fair to say that the RG503 does represent a significant step up when compared to previous Anbernic handhelds, in particular due to it boasting that stunning OLED panel (apparently, it’s the same one used in the PS Vita), as well as packing a 5GHz Wi-Fi, making it ideal for streaming from your PC. It’s also powered by the new Rockchip RK3566 processor, which is a first from the company.

The design of the RG503 is a little different from previous Anbernic devices. It sports a more ’rounded’ look, making it look rather retro in itself, like it was way back from the 90s. Some will hate it, whilst others will love it. For me it looks okay, though I found the inset screen a little distracting at first, but I soon got used to it.

The RG503 is made from plastic, which makes it feel a little on the cheap side, but it’s still well built, and I have no doubt a RG503M will soon follow as Anbernic have usually done this with previous models.

The control setup will be instantly familiar and is exactly the same as other handhelds from the company. You get the usual excellent D-pad, two analogue sticks and four face buttons. There are also the four additional shoulder buttons, and all of these work as they should and feel great.

The power and volume controls are located on the left and right edges, as well as a ‘Reset’ and function button on the bottom, both of which I wasn’t keen on as they are far too awkward to hit. Just be careful when trying to hit the function key, in case you accidentally press the reset button.

There are also two MicroSD card slots. One contains the OS, while the other holds your ROMs. Now, I had issues with attempting to use my own named SD card as the RG503 would not recognise any of the games that I’d put on it. I’m really unsure why this was, but in the end, I just used the stock card that came with the unit, which in this case Gogamegeek sent me the 128GB version, holding just over 30,000 games for a multitude of platforms.

The RG503 comes with a Linux & emuELEC OS. Anyone who has used this OS will know that it works fairly well; however, a custom firmware should come along soon, and from past experience, it usually upgrades the experience. The RG503 supports consoles such as the SNES, Game Boy, N64, PSP, PlayStation, Mega Drive etc.….basically, most of the usual platforms that most retro gamers would expect.

Performance-wise, the RG503 works extremely well. You might need to change the emulator within the settings, which I had to do for Super Mario 64 on the N64 as on auto it didn’t run well. However, after changing the emulator, I was very pleasantly surprised just how well it ran, with no glitches to be seen. The 3500 mAh Li-Po battery will give you over six hours of battery life.

One thing that is an absolute standout feature of any retro handheld to date is the screen. The RG503 uses the same 4.95-inch, 960×544 pixel OLED panel that is found in the original PS Vita. It offers incredibly bright and colourful images with fantastic contrast. Playing retro games on this panel will make you smile, and I can’t wait for the true next generation handheld from Anbernic if they use this same panel.

The only thing I wasn’t too sure about was the recessed screen, which goes slightly into the casing and gathers dust easily. I wish they had made it flush with the case, but to be honest, it’s not terribly bad and doesn’t spoil the image at all. Audio-wise, the stereo speakers are good, with good volume levels and bass; however, I would have preferred volume dial instead of a rocker switch.

With custom firmware, I think the RG503 will come on leaps and bounds with what it is capable of doing, even though spec-wise, it isn’t a true next generation handheld. Out of the box, it delivers a good retro gaming experience and gives a solid platform on which to play classic games.

You can currently get a 10% discount by purchasing the RG503 direct from Gogamegeek by using Voucher Code: SW19. 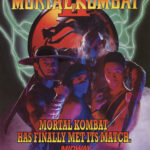 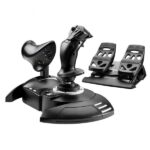