In a market dominated by zombie games and movies, creating one brings with it a lot of pressure to try and make it stand out from the crowd. Games such as Dead Rising and the fantastic Dying Light are clear cut greats, but developers Tequila Works have done something no one else has. They have taken the zombie genre into the 2.5D realm and created a monster known as Deadlight. Although the initial release came out in 2012 during the back end of last generation, this new revitalized version dubbed Deadlight: Director’s Cut is ready to tear up this generation with amped up 1080p graphics and new content.

Deadlight surrounds Randall Wayne as he searches for his lost family amidst a stricken world plagued by hordes of the undead. He is a stern individual whose goal is obvious from the start. Haunted by the visions of his daughter, he strives to carry on to find her along with his beloved. It’s a heart-warming task that any family man can relate to. It’s a job any father and husband would undertake in that unlikely situation. Tequila Works sets the scene well and tell the story through some hand drawn still art cutscenes which, accompanied by an audio backdrop, work great. His supporting cast such as his colleague Ben doesn’t have so much screen time to make us care about him, but The Rat, who dwells in the sewers, is a peculiar character who steals the show as an insane old man with a genius intellect. All in all, it never really fleshes out into anything meaty and substantial. We are occasionally transported into Randall’s mind-set via a few flashback scenes and a vivid scene in particular of rampaging, giant zombies, representing that his mind is clearly playing tricks. 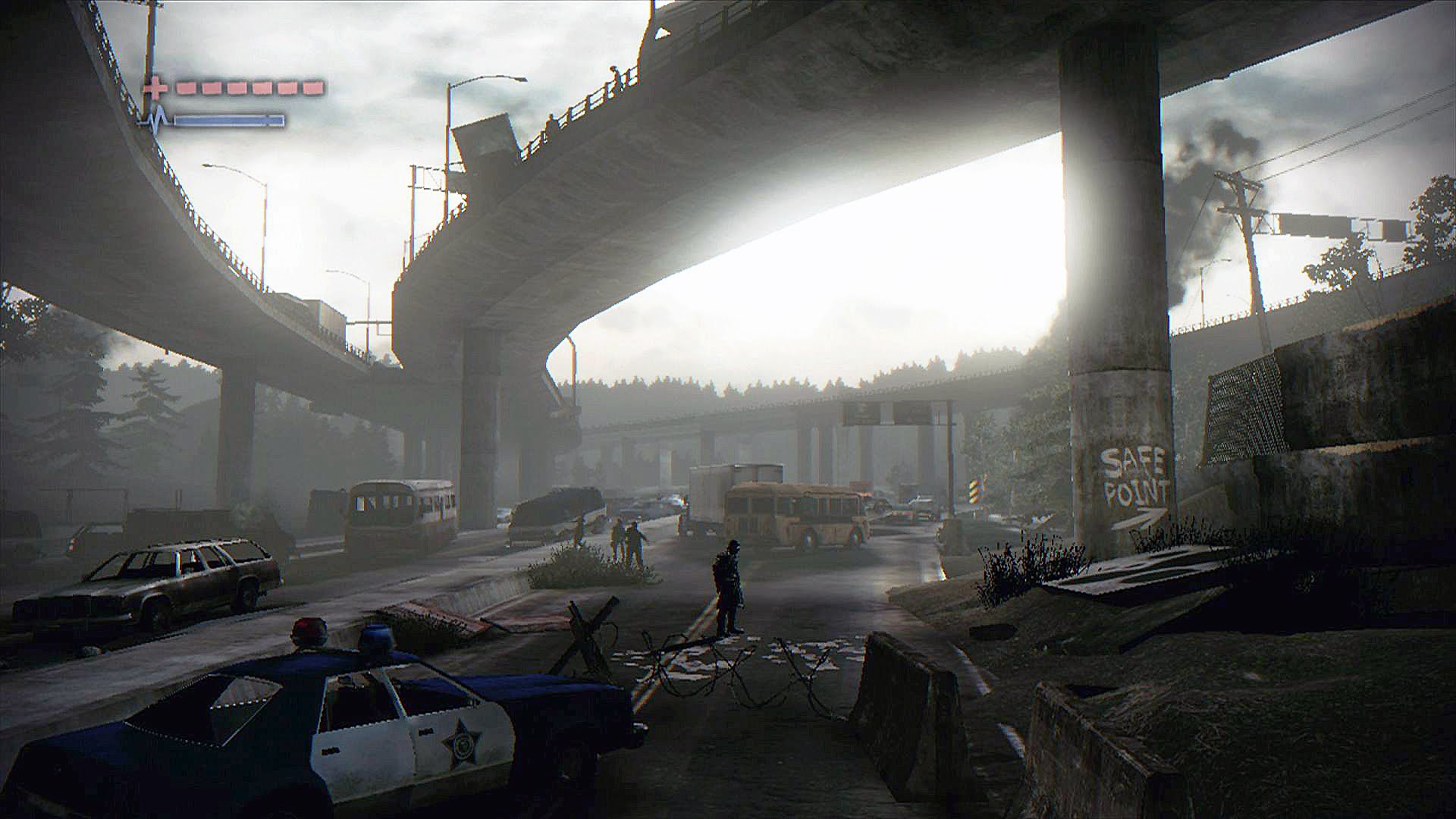 The 2.5D perspective means players can control Randall left and right whilst activity is visible in the background. This activity can bleed into Randall’s plane, if you like, as occasionally zombies can come from the background into Randall’s vicinity to attack. Combat is not encouraged. Throughout Deadlight, Randall finds a fire axe to use for self-defence and later a pistol and a shotgun, however, the scarcity of ammunition means that fighting every zombie you see is ill advised. Instead, using Randall’s whistle can help lure the hordes so that he can slip past, using the famous brainless nature of the undead in his favour. 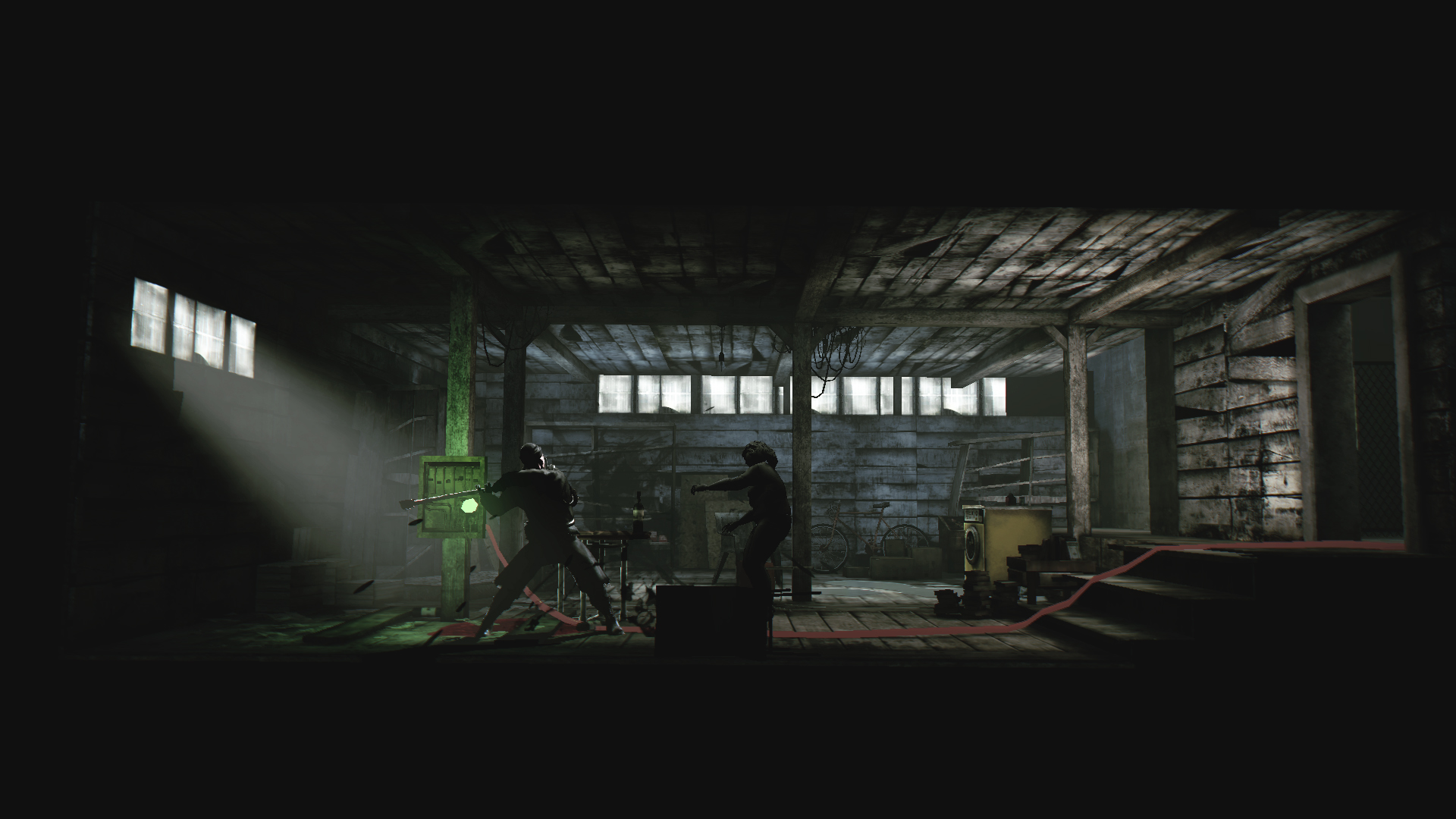 In the sewers, Randall acquires a slingshot. It’s not used for combat but to solve puzzles using targeted triggers which activate platforms. It’s here that the game changes from exciting chase sequences and platforming to a hit of puzzle solving, which is a welcome change of pace. The only problem being Randall’s quirky movements. The transitions between animations don’t appear seamless, making Randall jerk. This certainly goes against Deadlight‘s reliance on pace in the chase sequences where Randall must keep moving to evade death. Climbing fences is a real issue here. Randall seems to sometimes stand on top of the fence rather than climb over them leading to unnecessary frustration.

Another annoyance is Randall’s 3D model. It’s almost entirely shrouded in darkness, even in the game’s brighter sections. I didn’t see any shade around him, so there was no need for it. Maybe it was easier to animate a silhouette rather than a full blown detailed character. The zombies, however, look and act as real as zombies can be. They can be lying motionless on the ground before springing to life as Randall walks by, which is necessary if there is one of the many collectibles on the other side of them. These collectibles consist of lost pages of Randall’s diary, ID cards, and other scraps of documents that help piece together a bit more on the events leading up to the eventual outbreak. You may even find one of the little handheld video games that you can actually play. 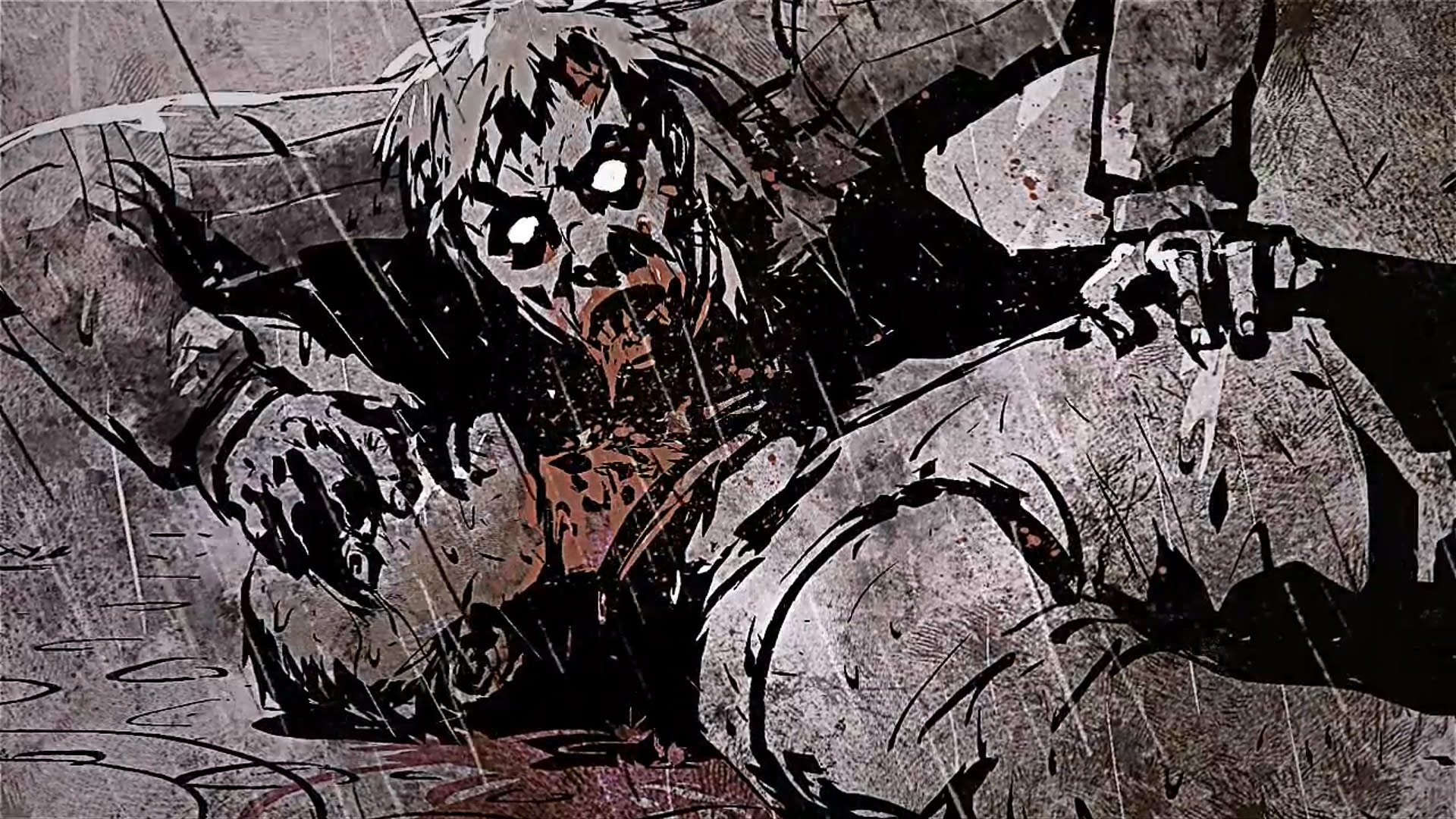 Aside from the main story, the Director’s Cut includes Survival mode. Here, Randall must face hordes of the undead in waves with occasional weapon pick-ups to assist at certain intervals. This mode gives access to more weaponry than the story does such as sniper rifles and automatic weapons, meaning survival equals kicking serious ass. This definitive version of Deadlight also caters to the hardcore players with the new Nightmare difficulty. It’s not as nightmarish as it could be. Zombies are no tougher or in bigger numbers, instead there are no checkpoints between levels and you only have one life.

Deadlight has some great moments such as a helicopter chase scene and the infamous sewer section, but it also translates a torn world onscreen brilliantly due to great environment designs. A park, war torn streets ravaged by the clashes between the undead and the military, to suburbs and the stadium, there is lots to see, even though it does whip past in a flash.