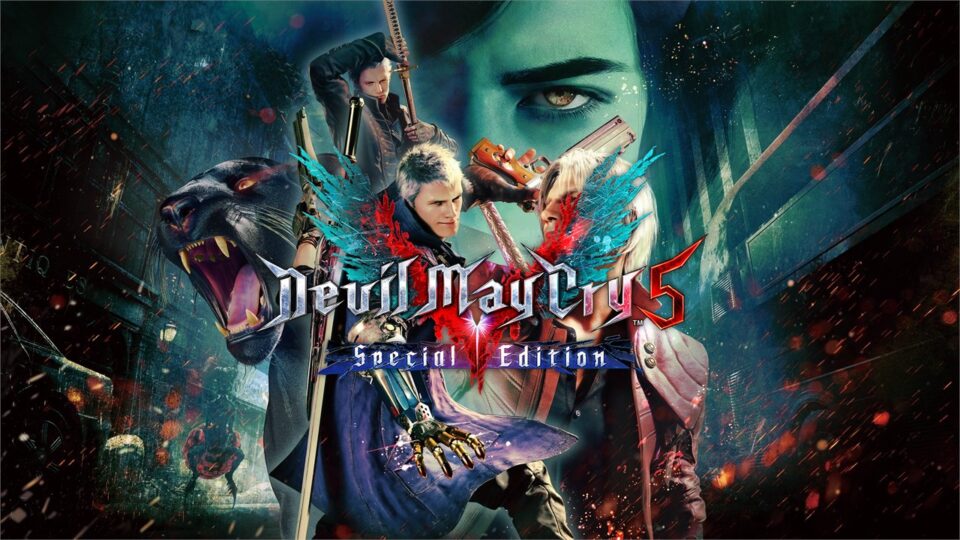 In our review of Devil May Cry 5, which originally released last year, we concluded that “There is some room for improvement, for sure, but for the most part, this game is a hell of a blast and shoots the kickass meter up to eleven and almost never lets up. It’s basically what fans of the series should expect from a current generation Devil May Cry game in terms of mechanics, presentation, challenge level, and fast-paced action. While I certainly wouldn’t mind another sequel at some point down the road, I can live with it if Devil May Cry 5 ends up being the last game in the series…”

Whilst I didn’t personally review it back then, I completely concur with Daniel’s conclusion. In fact, were I asked to score it back then, I would’ve awarded the same score. Though it hasn’t been very long at all since DMC5 released on PS4 and Xbox One (now considered last-gen consoles), there’s a wealth of graphical and performance upgrades that warrant a remastered package. Namely, DMC5: Special Edition now supports 4K, ray tracing, and 120FPS on the PS5 and Xbox Series X. The 120FPS, in particular, can be a real game-changer. 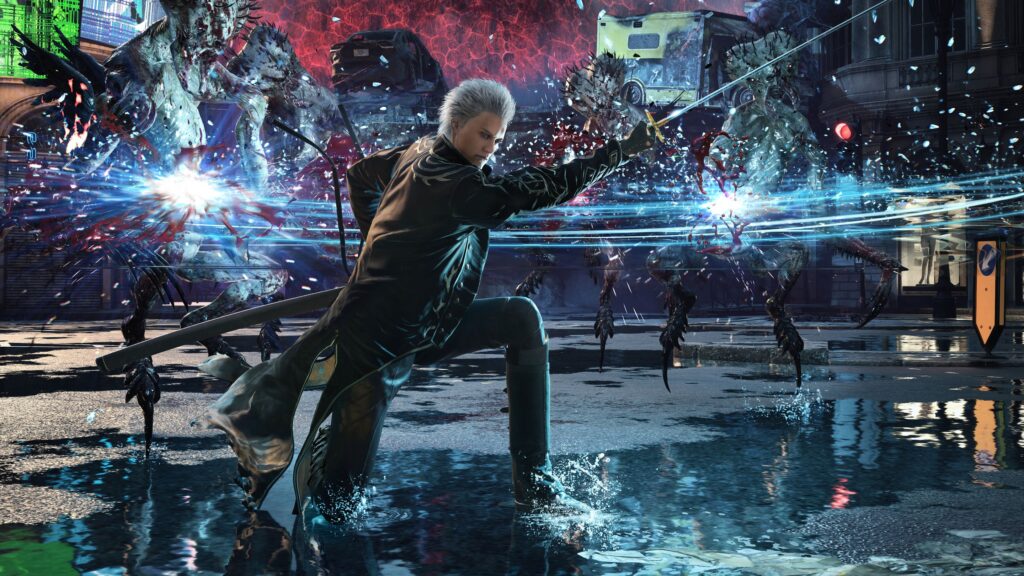 We’re typically used to seeing games offer two separate modes: graphical and performance. That is, one mode will sacrifice frame rate to push graphical fidelity to the max. Conversely, the other will sacrifice visual fidelity to push frame rate to the max. DMC5: Special Edition, however, offers double the typical options. These four modes are as follows:

First of all, the 4K ray tracing mode is going to offer the most impressive visual quality. The image is sharp, and ray tracing really brings the world to life in a very next-gen way. However, the sacrifice of going down to 30FPS, in my opinion, feels like too great a cost. That’s because of how fast-paced and action-oriented DMC5 is. 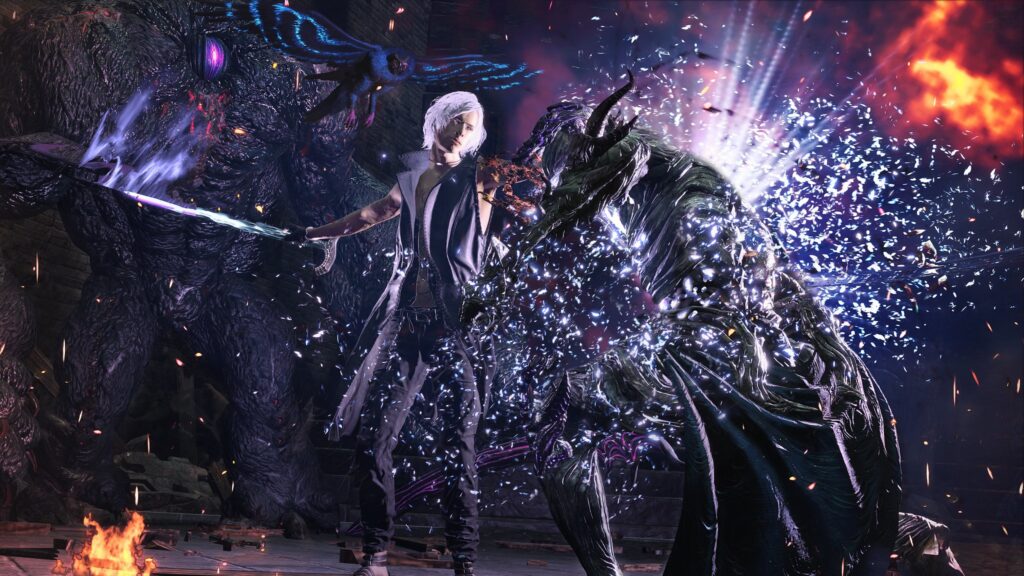 There is another option to get ray tracing and a higher frame rate of 60FPS. This mode, however, sacrifices resolution, which gets docked down to 1080p. This does result in a slightly blurrier image than the 4K ray tracing mode, but it is worth it to get the bump to 60FPS.

If ray tracing is a cherry on top you can do without, then the 4K 60FPS mode is your best bet. This mode churns out a sharp 4K output with smooth 60FPS gameplay. Ray tracing is beautiful – the reflective puddles and impressive lighting effects make a noticeable impact on image quality. Nonetheless, in a game where action is so frantic, there’s really not enough time in the game to stop and admire the puddles for too long before demons come and attack. Therefore, for me, 60FPS is imperative.

If you have a TV or monitor that supports it, 120FPS is absolutely the most buttery smooth way to go. Whilst it does drop sometimes to around the 100FPS region, it’s still a hell of a lot faster than the 60FPS modes. In fact, once experienced, it can be jarring to go back, especially back to 30FPS.

In terms of actual content, the Special Edition brings with it an array of new content and features. First of all, the Special Edition adds fan-favorite modes, including Turbo Mode and Legendary Dark Knight Mode. Turbo Mode renders the game 20% faster, which really takes the fast-paced, high-octane action of DMC5 to another level. No, Dark Knight mode doesn’t add in the Caped Crusader, instead it spawns a crazy amount of enemies compared to normal and definitely ramps up the difficulty. 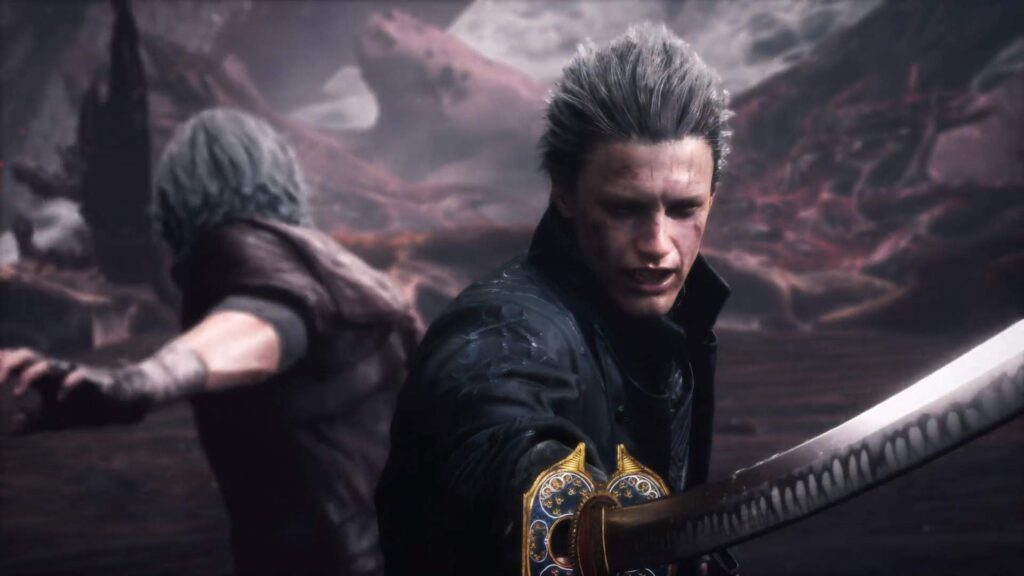 Dante’s twin brother and longtime rival, Vergil, is now available as a playable character in DMC5: Special Edition. Playing as Vergil doesn’t drastically alter the story, with just a few new cutscenes being the main changes, but his moveset completely changes the gameplay. Vergil is incredibly fun to play as, though his moveset does take some getting used to and is slightly more difficult to master than Dante’s.

Another improvement exclusive to the Special Edition on PS5 and Series X is the blisteringly fast load times thanks to the SSD. On the PS5, the version tested, the game loaded within seconds, and it truly does feel like a game-changer. Dying no longer seems so punishing as you’re thrusted right back into the action within a matter of seconds.

The PS5 version also makes use of new PS5 technology, such as 3D audio and the DualSense controller. Tempest 3D AudioTech in DMC5: Special Edition allows players to hear the screech of demons clearly on their left and right while hearing the precise swoosh of Dante’s sword slashing at them. The haptic feedback of the DualSense controller really immerses the player even further into the game as you really feel Dante’s arsenal of weapons and their unique identities.

All in all, DMC5: Special Edition makes DMC5 well worth playing through again thanks to visual and performance upgrades, as well as new modes and playable Vergil. If you’re playing DMC5 for the first time, then you’re really in for a treat, and this is easily the most definitive way to experience the 2019 GOTY contender. 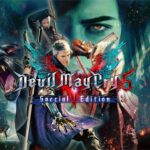 Gaming Respawn’s copy of Devil May Cry 5: Special Edition was provided by the publisher. 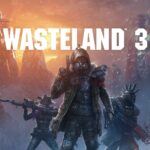 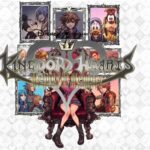