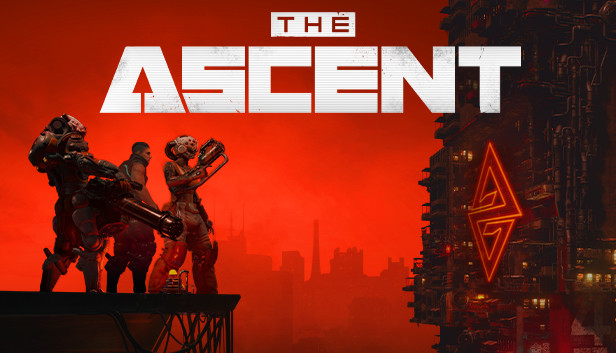 I don’t remember the last time I played a twin-stick shooter. Matter of fact, I struggle to remember any twin-stick shooters in general. Modern gaming has now been overtaken with first-person shooters, third-person action-adventures, over-the-shoulder blast-a-thons, rogue-likes, Soul-Likes, etc. The Ascent, available on Xbox Game Pass and Steam, switches up the gameplay we’re all used to, forming a top-down, cyberpunk RPG that I’ve honestly struggled to invest myself in.

The Ascent‘s main premise is that the organisation known as The Ascent Group, which oppressed your playable character and those you live alongside, has fallen and no longer exists. Your mission is to find out what happened and to prevent the district you reside in from falling into disaster. Around an hour into the game, I witnessed just what we needed to protect: a gigantic cyberpunk city filled with an abundance of NPCs, including your average human alongside alien beings from other worlds. Players are given the freedom to walk around the city, venturing through nearby shops and bars with alien creatures inside, reminding me of the canteens from Star Wars. The game’s dialogue isn’t pinned to strictly one language. For example, early on in the game, we meet an injured alien named Trummer with a strong British accent, obviously reserved to the United Kingdom of Earth, which seems to now welcome otherworldly beings and turn them bilingual. Other times, you’ll meet aliens and humans who speak completely foreign, with translations provided in subtitle form, possibly the language that originated from the planet we currently play in known as Veles. 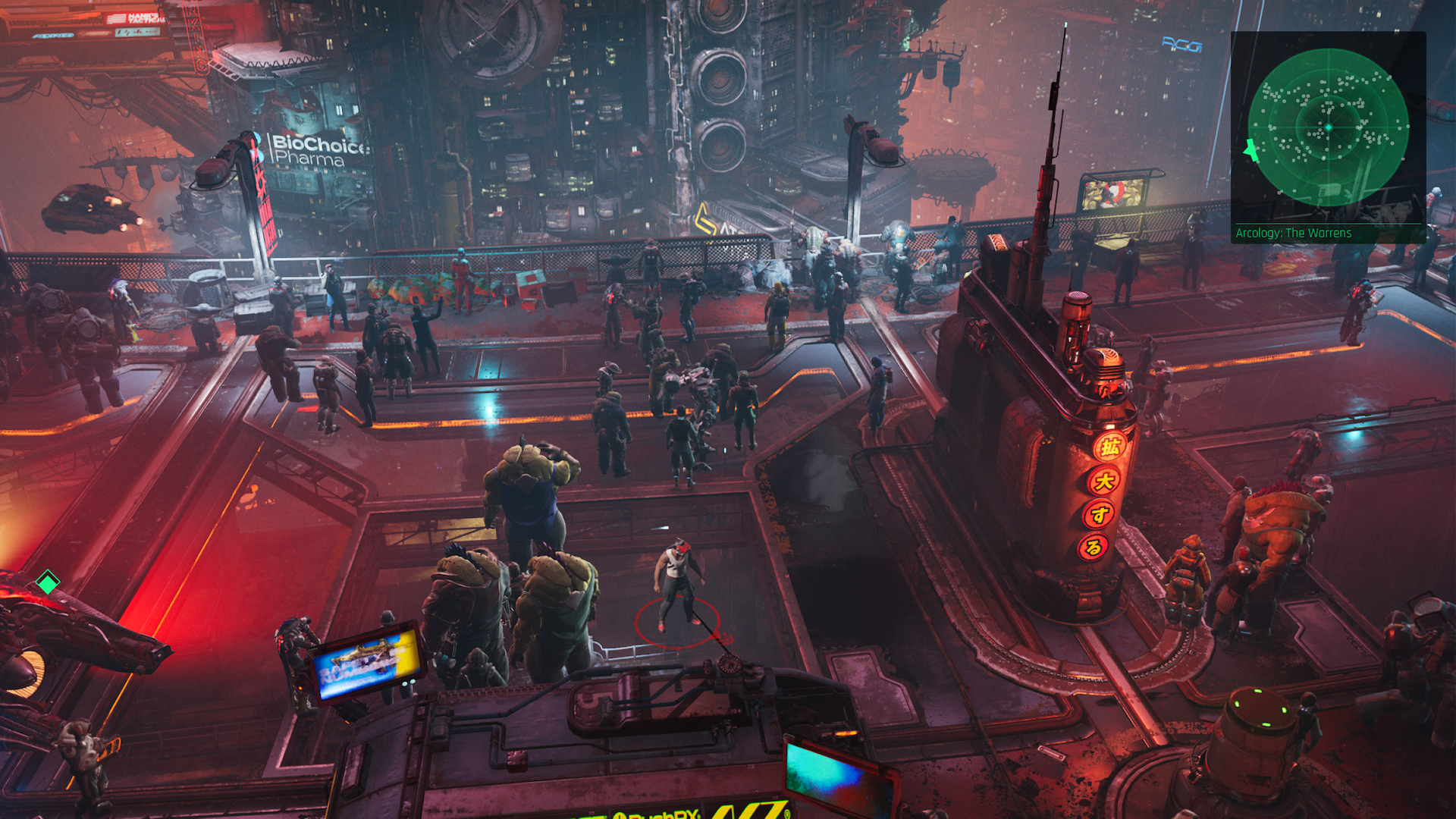 Soon after we speak to Trummer, we get our first taste of combat, meaning it’s time to start twisting the thumbsticks in every direction possible. Now, I don’t want to rate the game badly just because I personally don’t enjoy the control scheme. However, what I do want to discuss is the actual gameplay on an overall basis. The Ascent offers very little originality with its gameplay. In order to win a fight, the player must shoot an enemy, shoot a few more enemies, throw a grenade perhaps and proceed to use the odd melee attack until everyone except you is dead. Weapons and ordinance are mostly things I’ve seen before in most shooters I play, and the enemy designs make me breathe a sigh of frustration. For a huge, dystopian world, you tend to fight a lot of humans more often than actual alien lifeforms. You can always roll away from enemies if you get cornered, but if you need a quick getaway, you better start spamming that roll button because, without sprint, your character moves slower than a car trying to drive whilst flipped over. Slight exaggeration, but with such a huge world, I feel like the developers could’ve upped the default speed a little. 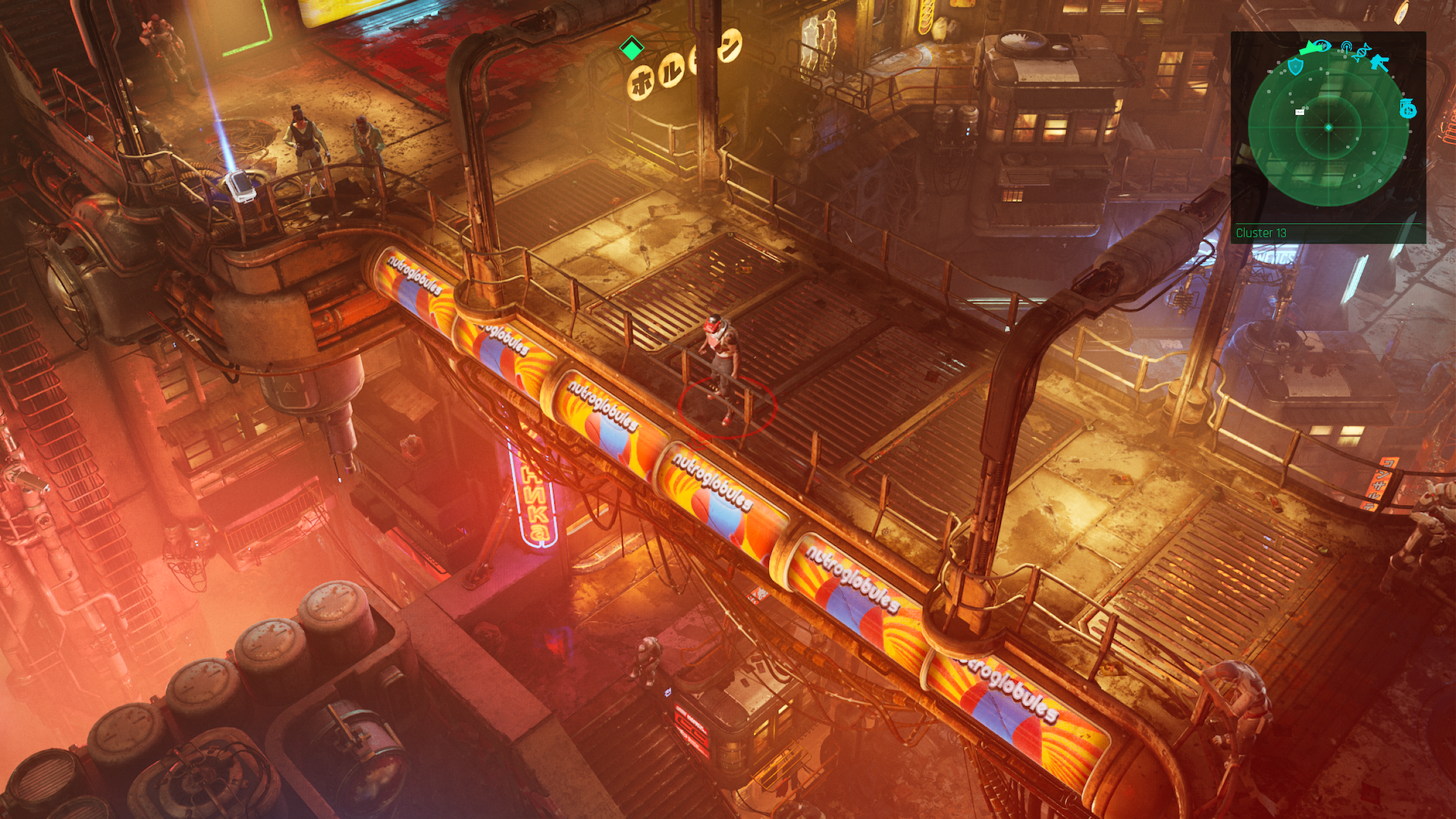 On a positive note, the world of The Ascent is rich in detail and looks fantastic. Exploring the city with its neon-bright lights and bustling city streets is a treat for the eyes. The game allows the player to walk into different buildings to find hidden notes with world lore, skill points scattered to upgrade your character without levelling up and other secrets to uncover. NPCs have their own conversations with each other as you head to your next mission, making the city feel alive. However, exploration is shunned by a fixed camera that made it confusing for me in terms of figuring out where to go. Places I assumed were accessible were, unfortunately, dead ends, and having no free movement over the camera means navigation was more difficult than I’d have liked. Going back to slow player movement, the city is so big that spam-rolling everywhere for a quick boost of speed is necessary for traversal. Evidently, Neon Giant would benefit from a future update that boosts the default player movement overall. 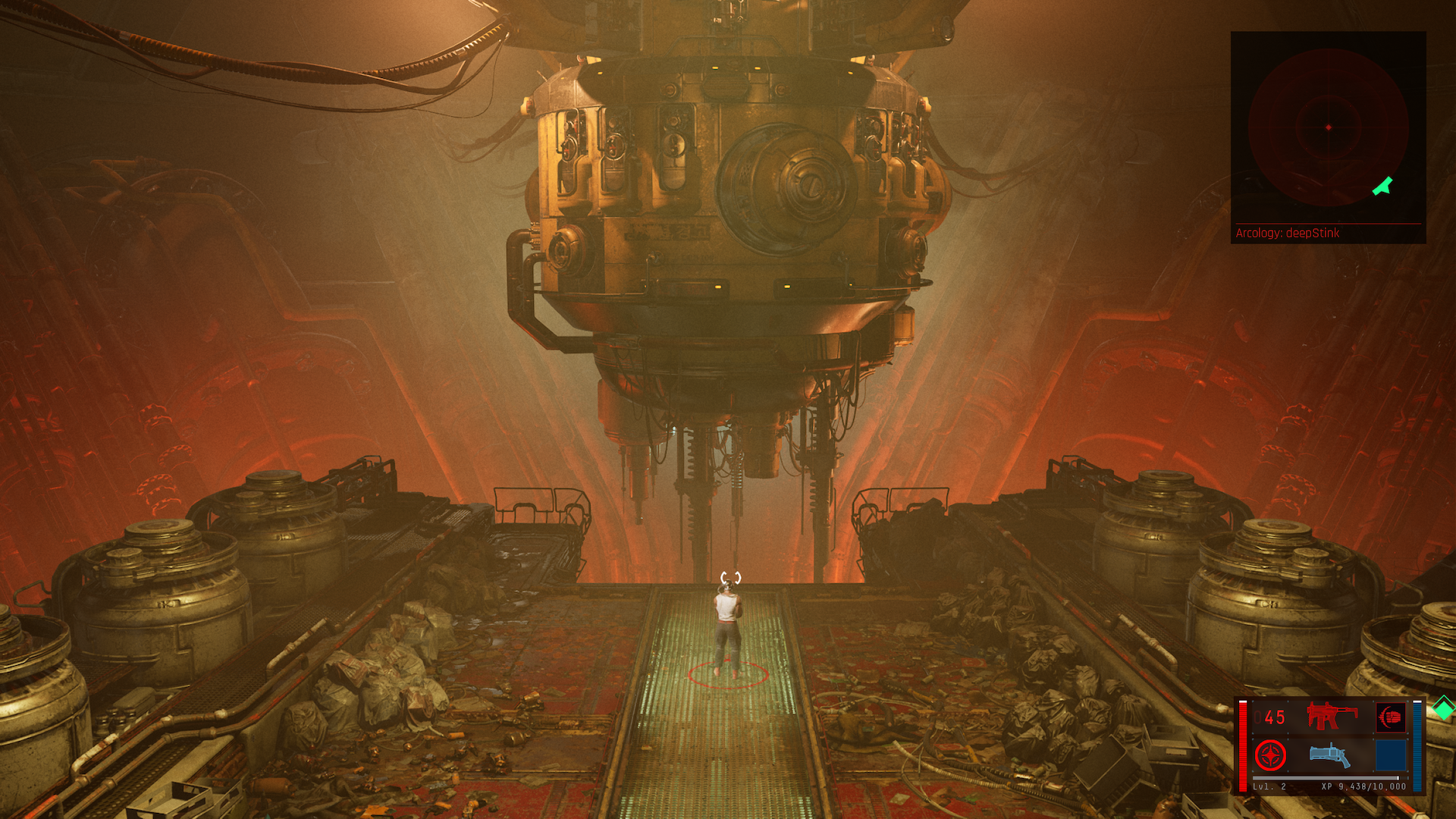 The Ascent offers side quests along with its main missions, with many of these side quests lacking in variety. For example, there are fetch quests (which everybody loves), collection quests and the odd kill-this-then-return quests. Some quests even task the player to simply walk to a location, talk to somebody, then return to said location. I understand that side mission content is limited due to the way that the gameplay is designed for The Ascent, but it doesn’t make the feeling of slogging through quests to be rewarded with an XP boost and the odd enhancement any better.

Overall, The Ascent is a cool addition to the two-stick genre, showcasing a stunning cyberpunk world, nicely designed alien NPCs and diversity through its dialogue. However, its shoddy camera, generic weapon choices, uninteresting combat and dead-slow character movement didn’t leave me satisfied enough to enjoy the game as much as I could have. 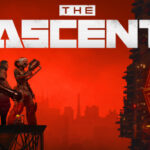 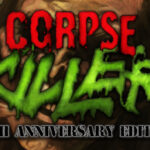 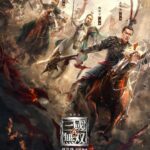 The Fitzgerald Scale – Thoughts on the Dynasty Warriors Movie