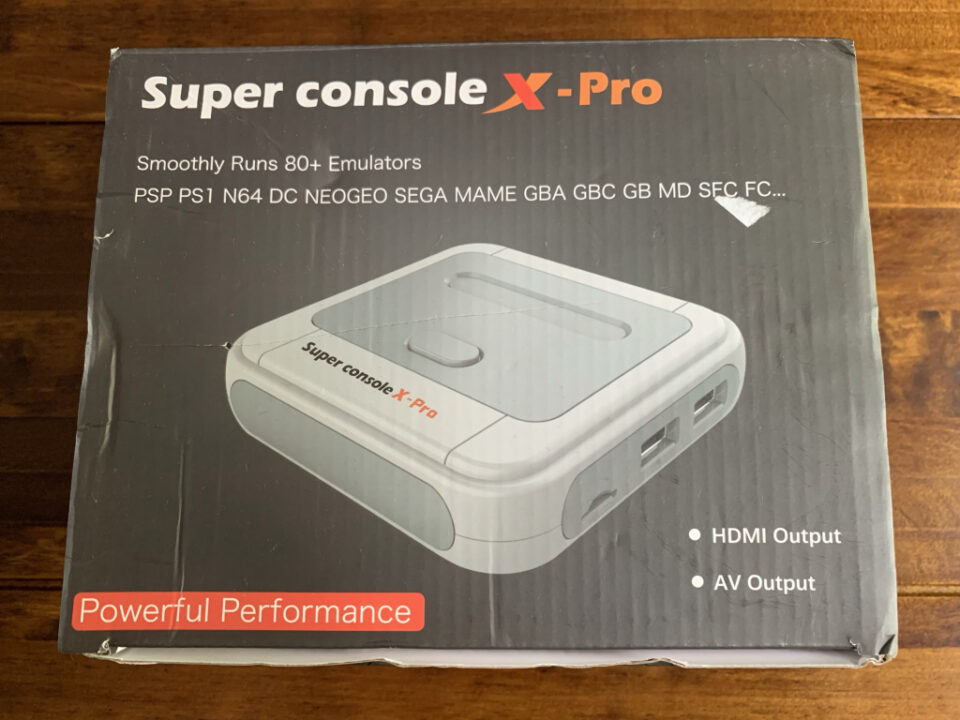 Retro gaming has always been popular, with many mature gamers preferring to play the old classics compared to the current next generation consoles. It brings back many fond memories, as well as nostalgia, that only retro gaming can do.

Retro gaming consoles are becoming cheaper, but unfortunately, that also means that the market is being flooded with various products, many of which do exactly the same job as the previous products before them.

So when Ploylab asked me to take a look at the Super Console X-Pro, I wasn’t expecting too much from it but kept an open mind…and I’m so glad I did.

Upon opening the box, I was greeted with a number of accessories, including 2 PS-style controllers with Bluetooth adaptors, HDMI cable, remote control, USB hub, power adaptor, and of course, the console itself, which I have to say is very small.

As usual the cloned PS controllers that come with the X-Pro aren’t the best, but they do the job okay. They feel very light though, which for me is a put-off, but they synched straightaway to the included adaptors and worked well.

The remote that came with the X-Pro is used when you boot into the actual Android part of the device. It worked okay but felt a little flimsy, and I had to make sure I was pointing it directly at the console. Disappointingly, it didn’t come with batteries; in fact, you don’t get them for the controllers either. Whilst it isn’t a big deal, it did mean that I couldn’t use the console straightaway as I had to go out and buy batteries first.

I think consumers expect batteries to be included if they are needed, though I do understand it helps to keep the cost down. The Super Console X-Pro is very small, and as you can see in the main picture at the top of the page, it is even smaller than the actual controllers.

It’s also very light to hold, but I do love the style of it, and it gives off that great retro vibe when looking at it. It has all of the various ports that you would expect: SD card slot (mine came with a 128GB Sandisk), 2x USB ports, ethernet (though it does work wirelessly), HDMI out, A/V out and your on/off button.

Boot the X-Pro up, and you are greeted to the very familiar Emuelec screen.

For those who are into retro gaming, you will be very familiar with this frontend as it’s in most handhelds and is very popular due to its ease of use and compatibility with many emulators.

Once booted up, you come to the emulator screen and all of the different platforms that have games in them. The box states that the X-Pro supports 80+ emulators, though I only counted just over 50 of them once booted up, but believe me when I say that you will never run out of games to play. The amount on offer with the X-Pro is staggering, and that is on the 128GB version. There is one with a 256GB card with over 50,000 games on it. The version I was sent by Ploylab had just over 41,500 games.

What is great with the X-Pro is the fact that it is totally plug and play. No messing around with settings or mapping the buttons, everything just works out of the box.

Yes, you will come across some games that won’t work with the controller; a gun shooting game springs to mind. But the majority of games I tried and played worked perfectly out of the box. Yes, you can change some of the settings in retroarch, if you so wish, there are plenty of videos on YouTube to help you out. But if you just want a simple plug and play device, you could do a lot worse than the X-Pro.

So what are the specs for the X-Pro? You can see them below, and whilst they will not blow you away when it comes to playing some PSP games, such as God of War: Chains of Olympus, they are ample for the vast majority of games.

I did run into some issues with some N64 games, but once I had changed the emulator running, it sorted itself out.

You can change the themes easily enough and download additional ones, so you can get it set up how you want it. This is the same for handheld gaming, and you will soon find your favourite.

As I mentioned earlier, the number of games here is staggering, and you will probably never get to play every single one. The image quality on TV via HDMI is excellent, and most platforms will automatically put the bezels down either side of the screen, which is a great addition instead of the black borders.

You can also change image quality for emulators too to make the images sharper, as well as change the aspect ratio, etc. Sound quality was excellent on everything I played, full stereo sound, and it really sounded great through my home cinema.

As well as playing retro games, you can also boot the X-Pro into Android 7. This allows you to use YouTube, KODI, Netflix, etc. Whilst I did not log on to Netflix, YouTube worked great and even gave me the options to choose 4K resolution.

I was very surprised with how well the Super Console X-Pro worked straight out of the box. Collectors of retro gaming memorabilia will no doubt love the design on/off, as well as how well it plays the vast majority of emulators and games.

In the UK this sells for around £130, which some might frown upon as at the end of the day, it’s an Android TV box with a bunch of emulators chucked on it. But when you look at the staggering number of games on offer here and the ease of using it, as well as the controllers, etc., this is a great buy and shouldn’t be missed. 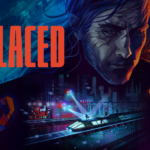 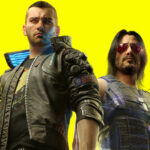